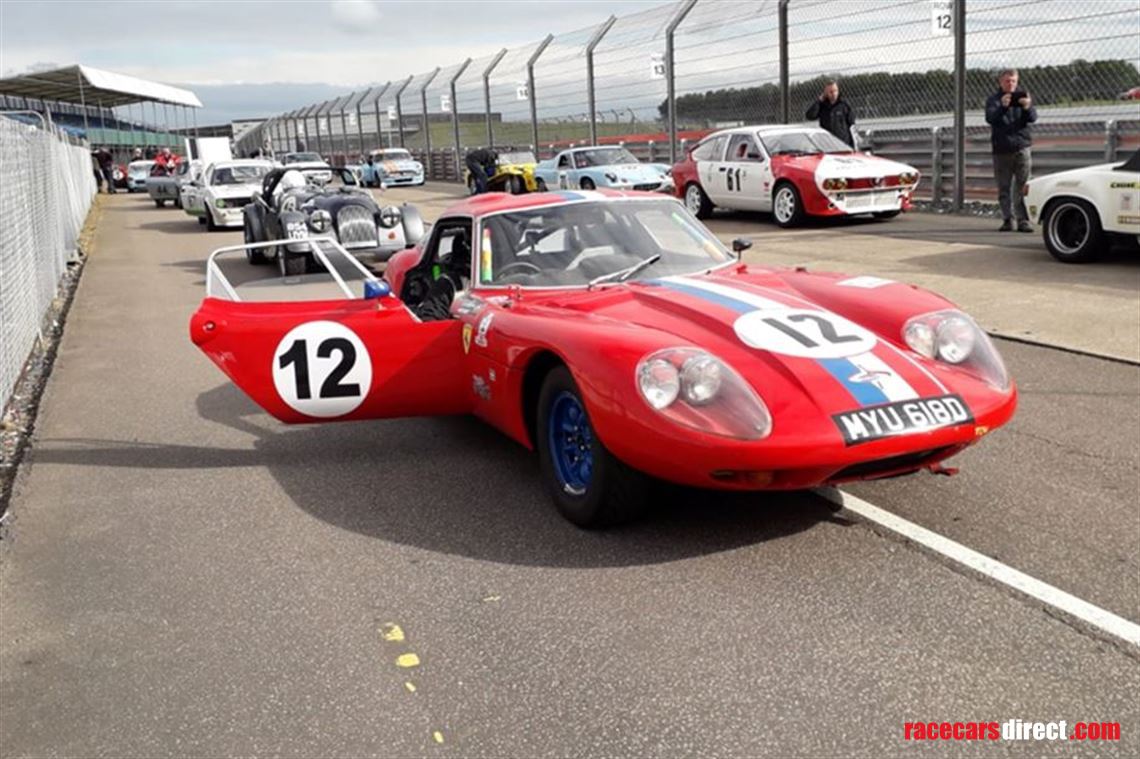 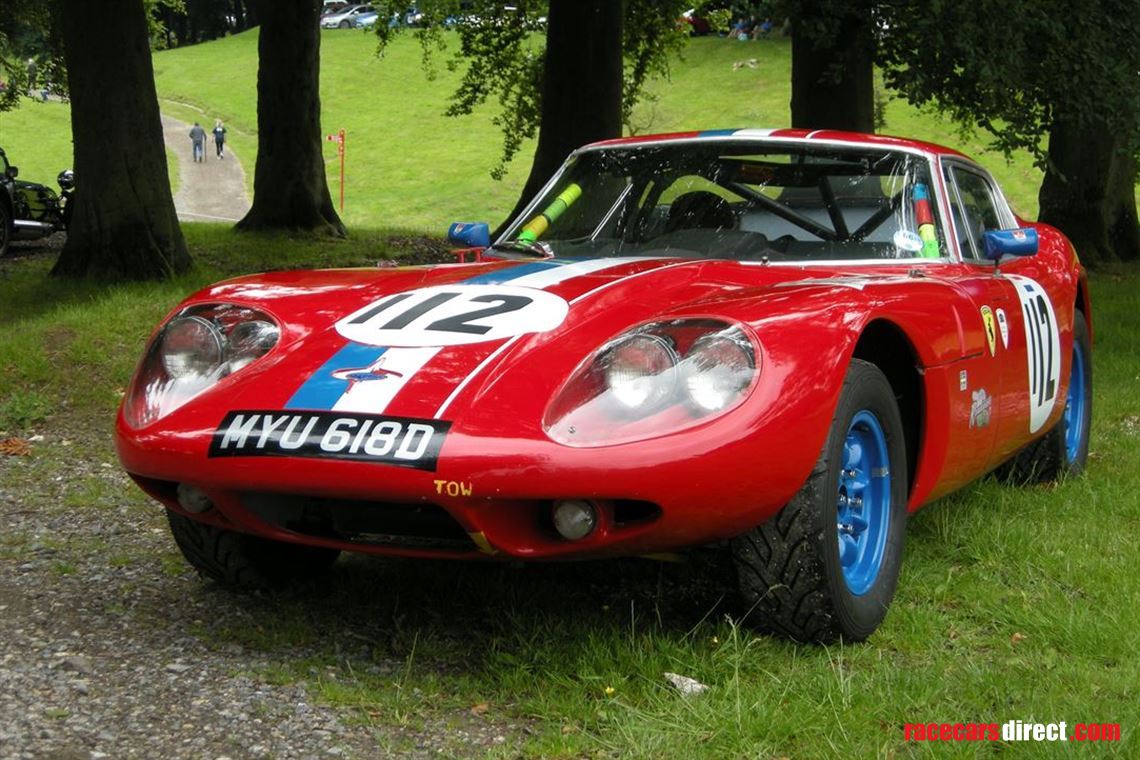 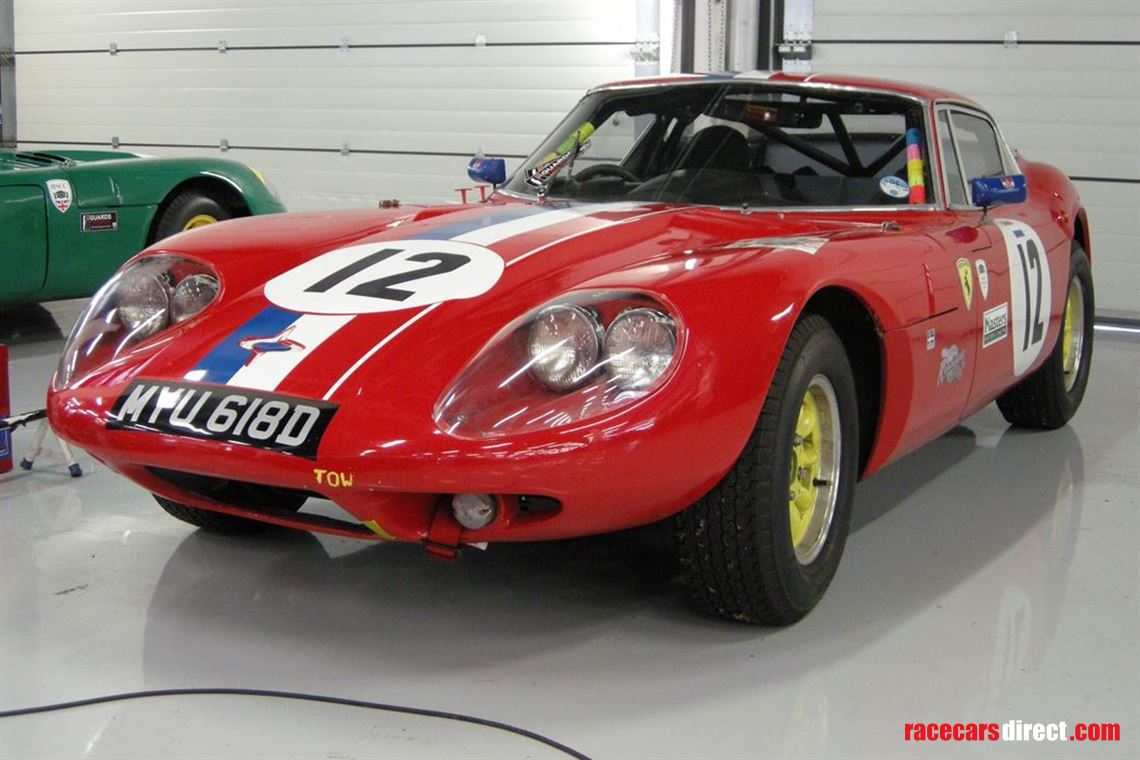 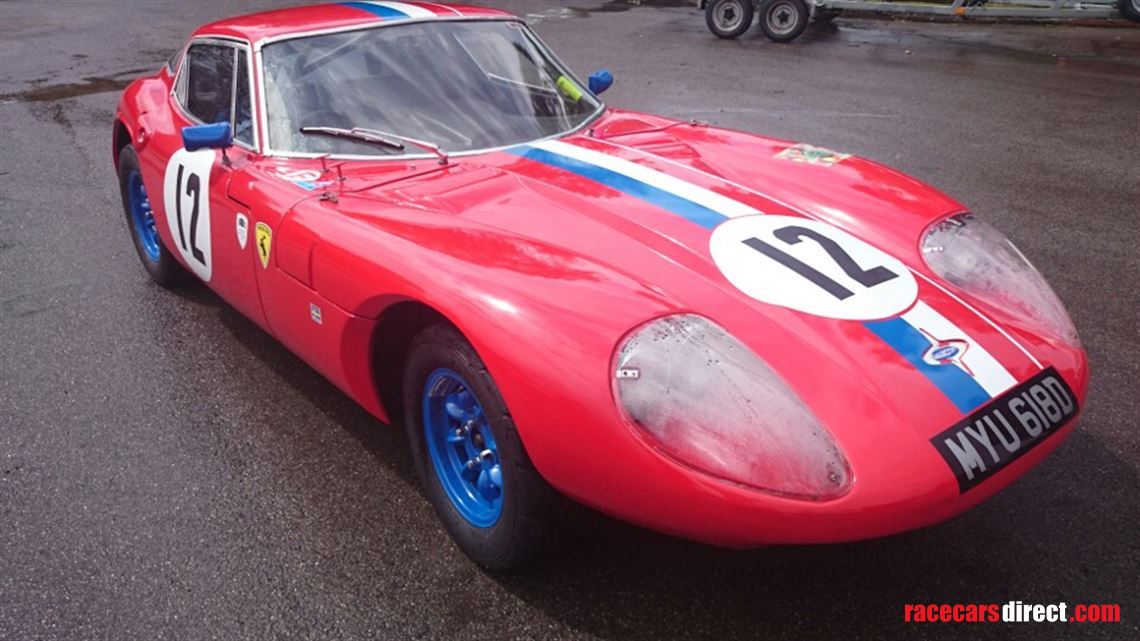 This well known race car has been run in various HSCC championships for 5 years. Professionally maintained and now for sale. Recent engine refresh and spares package available. Two complete sets of wheels and one set with almost brand new Dunlops. Being an FIA car it is of course eligible for the Spa 6 hour, where a well driven car finished 11th when all around were £1m GT40s and similar beasts. The Marcos is a very robust car that can compete with the best and hold its head high in various race series.

Founded by Jem Marsh and legendary aerodynamicist Frank Costin in 1959, Marcos Cars would become one of the many success stories in the history of British involvement in motor racing. Many famous drivers were to cut their teeth in such cars including Jackie Stewart, Derek Bell and Jonathan Palmer. Unveiled at the 1963 Earls Court racing car show, the GT was a sensation. At 43 inches at the roof, this was one of the lowest cars ever produced and its long bonnet and Kamm tail, although reminiscent of the E-Type and even the Ferrari GTO, were remarkable for their time, especially for a small manufacturer like Marcos. The GT was wooden chassised and equipped with a Volvo engine from the P1800 and had a complex De Dion rear suspension and heavily sculpted dashboard. This particular Marcos 1800GT was manufactured in 1965 and is supplied with fresh FIA papers. The current owner bought 4086 in May 2014 when it was extensively refreshed by Mark Linstone who had trained with David Methley of Farnham Engine Services. The car had originally been prepared and converted into a race car by David Methley. The car was regularly campaigned by its owner in 2014, 2015 and 2016. In 2016 the owner bought a TVR Tuscan and turned his attentions to that car and used the Marcos less but still regularly (5 outings per year). No expense has been spared maintaining this car. Finished in red with a red, blue and white racing stripe, it could be seen as TdF colours or rather running a Dutch flag through the length of the car. The owner is half Dutch.  A very large amount of paperwork accompanies the car including: new FIA papers, all MOTs, HSCC papers, FIA Historic Vehicle Identity Form, MSA Historic Technical Passport and very many invoices from Marcos specialists detailing all of the work carried out during and before the vendor's ownership. 4086 is eligible for many events including the HSCC Guards Trophy, HRS, FIA, and other European series. The car has been only lightly but regularly raced in the last three years and has proved itself as a very competitive machine that is ready to be used in historic race events throughout Europe.

The car is available for professional inspection at the preparer’s workshop near Coventry.

Marcos Mantis Challenge race car. Not raced since 2000 but fully maintained in storage.