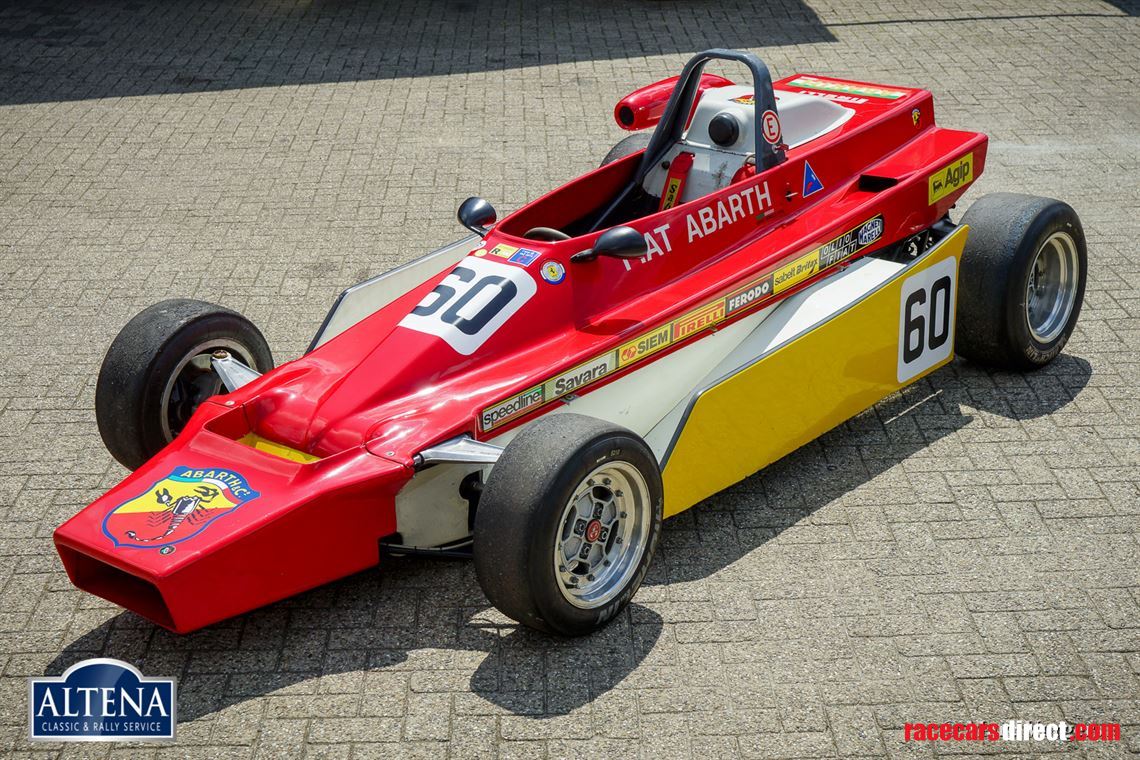 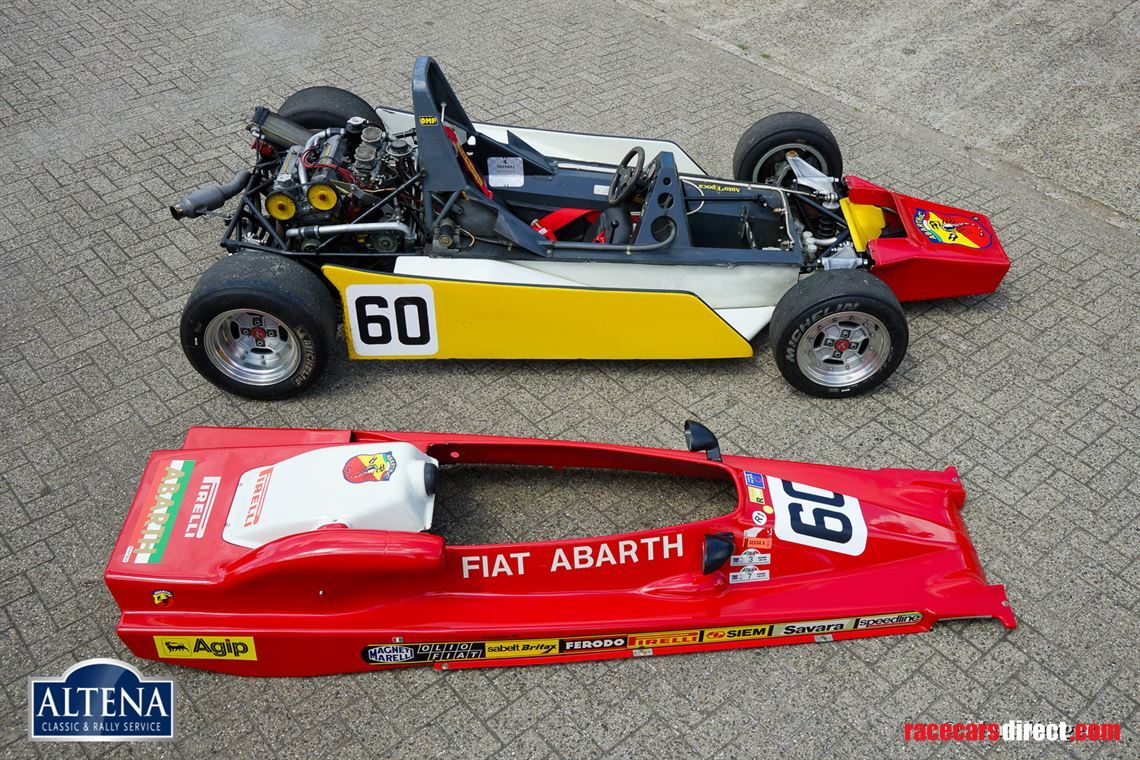 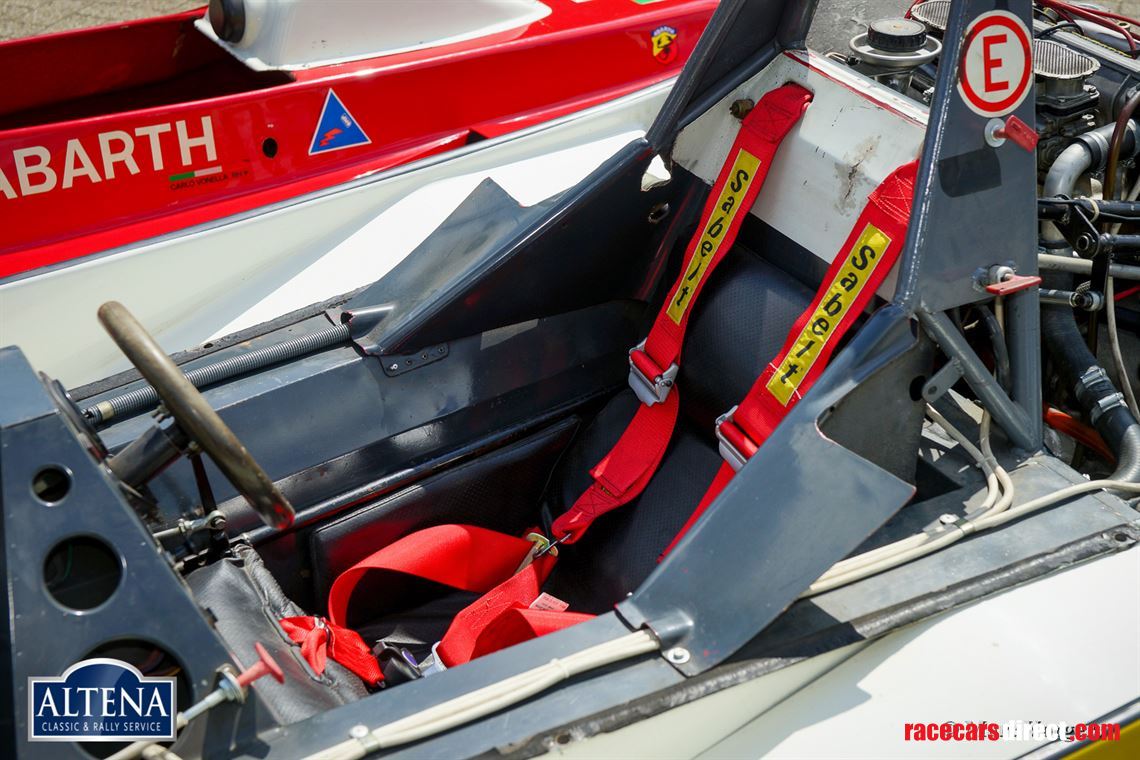 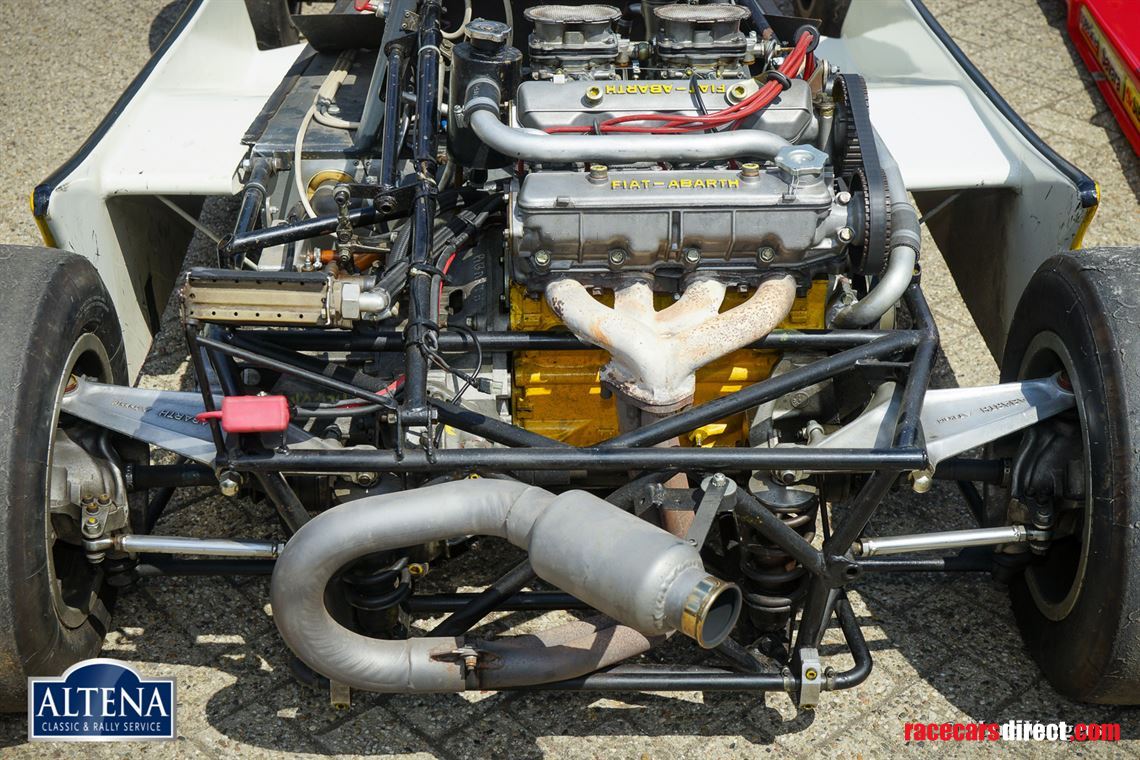 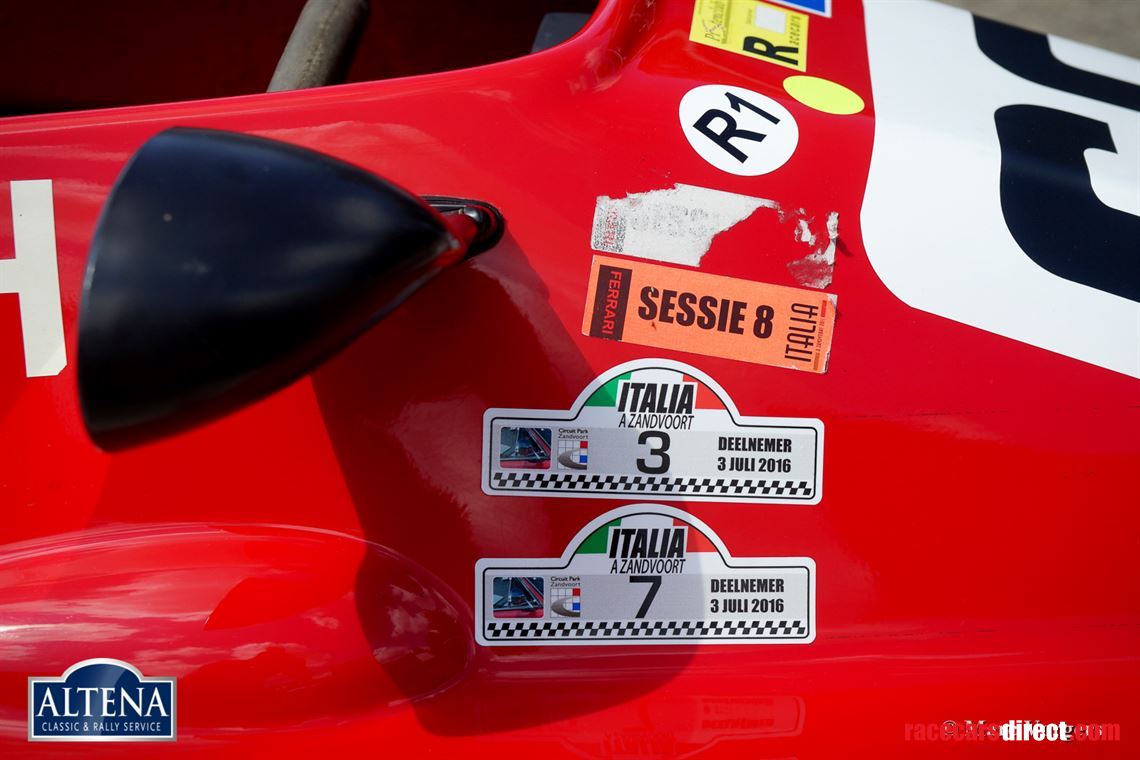 Fiat Abarth 033 Formula 2000 racing car, year 1980. Chassis number SE033-0018, number 18 of 150 cars produced. Colour red / yellow / white. In the 1980s the Formula Fiat Abarth Formula 2000 was the equivalent of the British Formula ford 2000. Many famous racing drivers raced in the Formula 2000 before they were promoted to higher Formulas. Amongst others the Italian Formula 1 driver Alessandro Nannini raced in the Fiat Abarth Formula 2000 class. In the early 1970s the Italian CSAI (Commissione Sportiva Automobilistica Italiana) initiated a racing class to educate young racing drivers. The CSAI found the firm of FIAT ready to design and develop the special formula cars. In 1971 Fiat had taken over Abarth and their racing engineers started work on project Abarth 033. The frame was a central monocoque made of steel sheet filled with polyurethane. The front and the rear showed tubular frames for easy replacement in the event of damage. The bodywork was produced from self-extinguishing glass fibre reinforced polyester (GRP). The parts of the independent suspension were identical all round to save on the number of spare parts. The mechanics were derived from the Lancia Beta 2000. The aluminium four-cylinder engine with double overhead camshafts was uprated from 120 to 132 bhp and placed in transverse position behind the cockpit, the only differences from the series were the exhaust free and the power supply with 2 double-body carburettors. The 5-speed gearbox also originated from the Beta, the radiator from the Fiat Ritmo and the steering box from the Fiat 131. The result was a 530 kg racer with 132 bhp on tap, fast and powerful enough to teach young racers all the ins and outs of road holding at high speeds and improving this by adjusting the settings of the suspension. The Abarth 033 Formula 2000 racing car was presented at the Monza racetrack in 1979 by test driver Giorgio Pianta.
This super original Abarth 033 Formula 2000 racing car comes from a Dutch collector who has owned and driven the car since 2008. The car was raced at Zandvoort in 2016! Over the last ten years about 15.000 Euro was invested to keep the car up to date. Photos, documentation and invoices of the improvements and maintenance are present. The car is ready to hit the track! The Formula Abarth racing class still exists for aspirant drivers to learn the real works of ‘Monoposto’ (single seater) circuit racing.

Ready to race, mechanical fully overhauled and rebuilt according to racing specs of the period

Class winner of the 1977 London to Sydney Rally. Piece of motoring history.