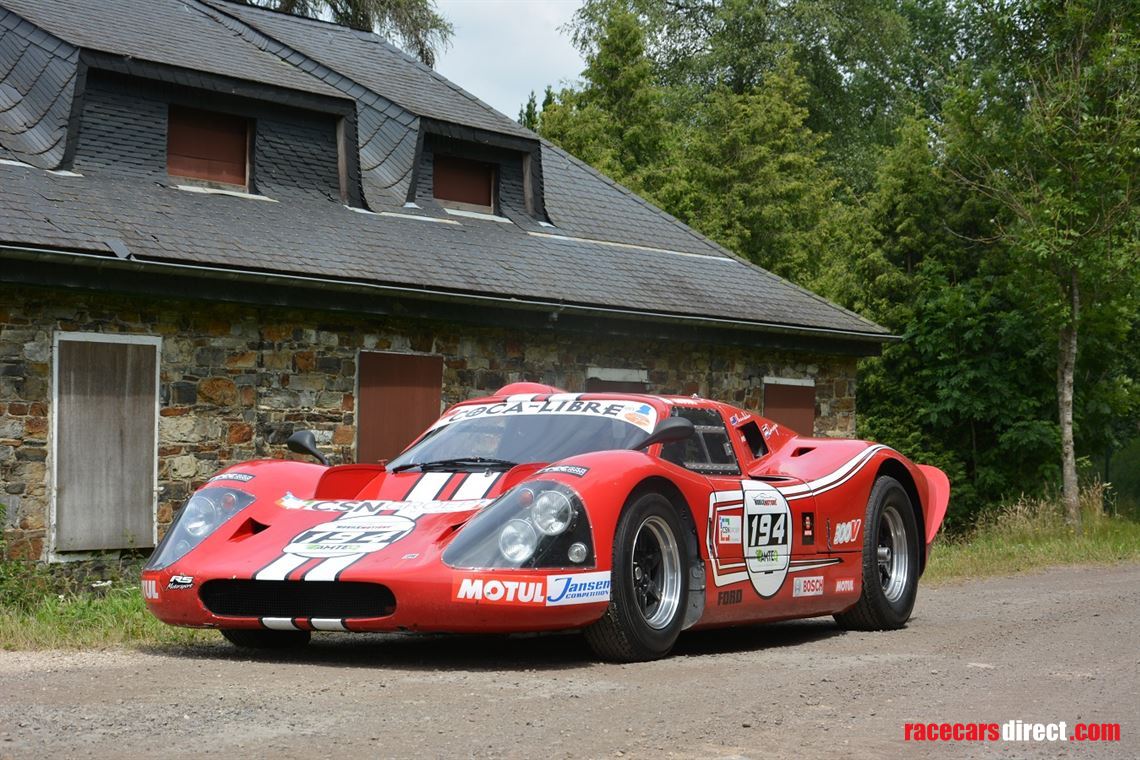 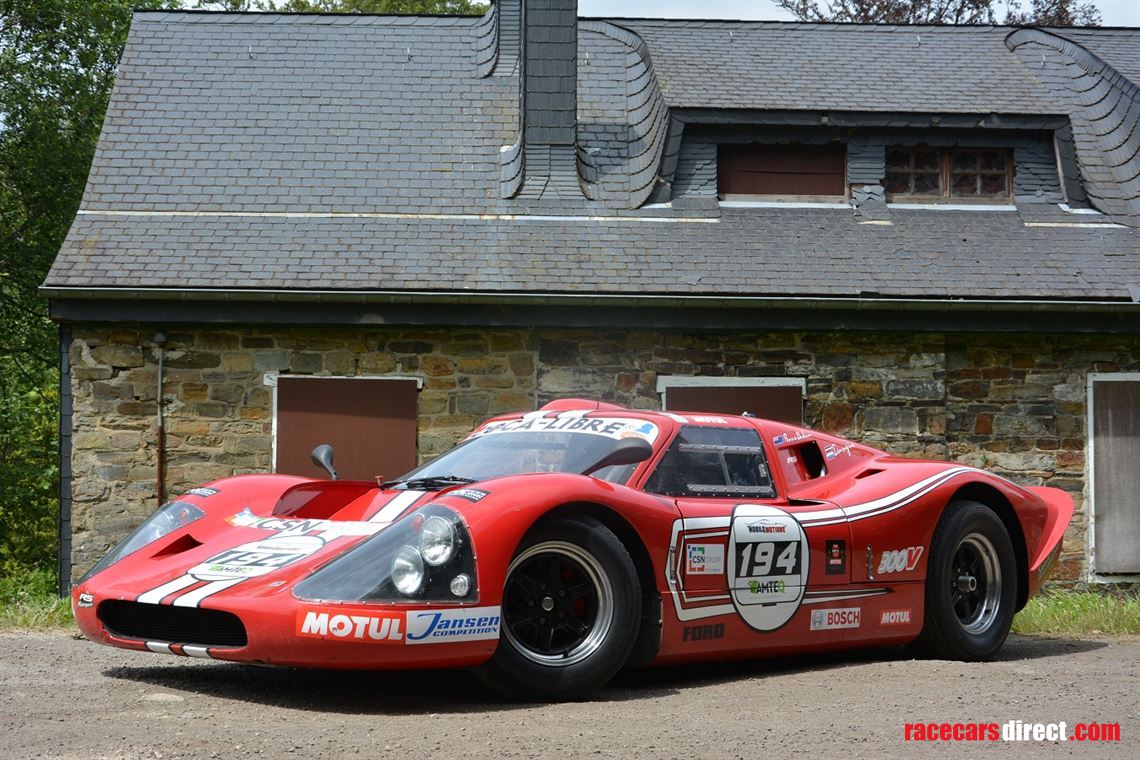 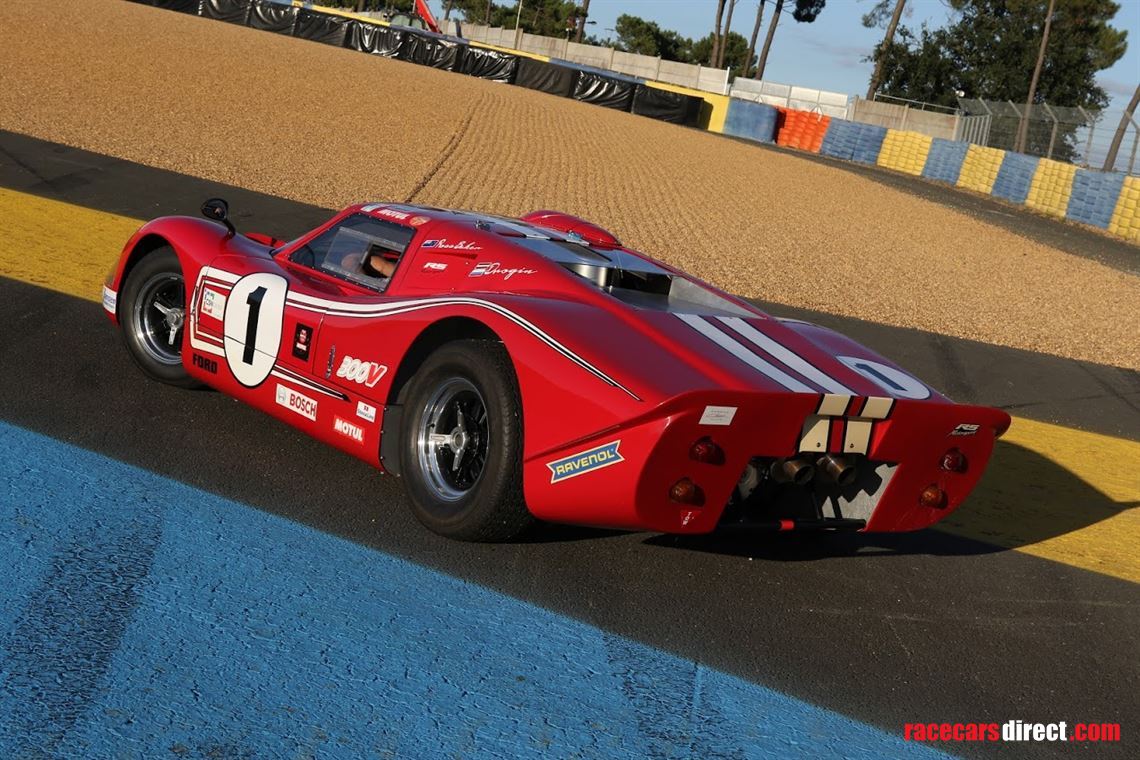 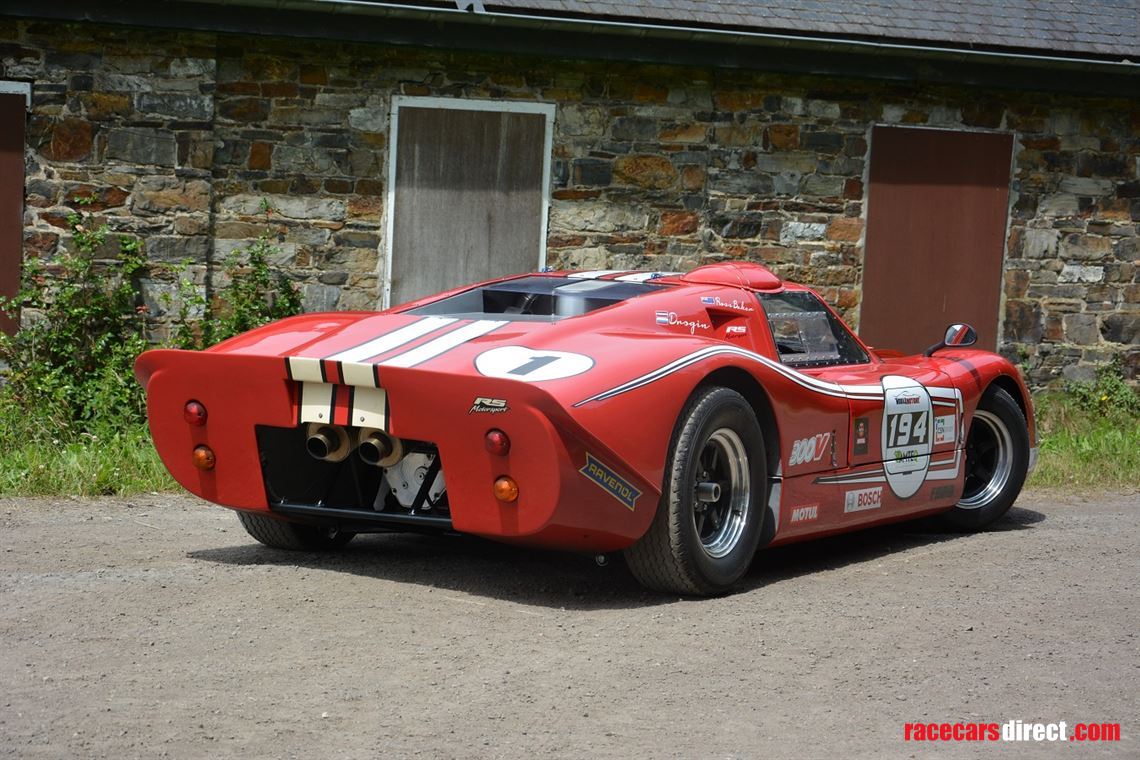 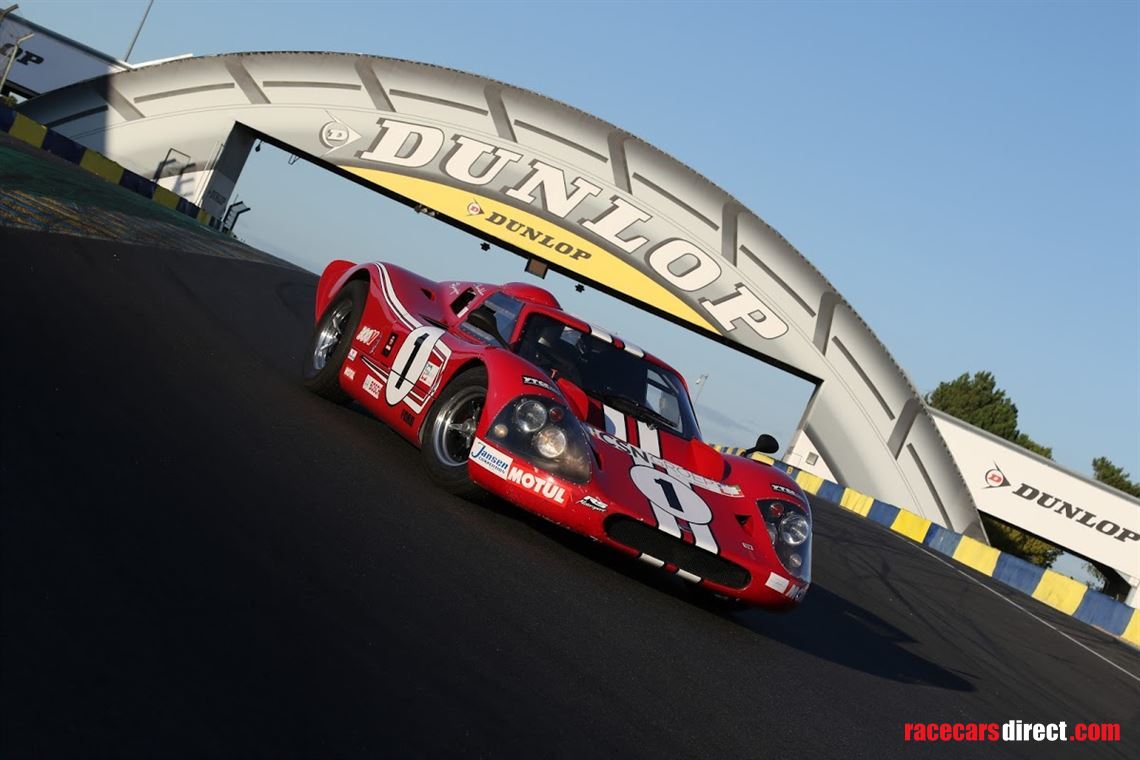 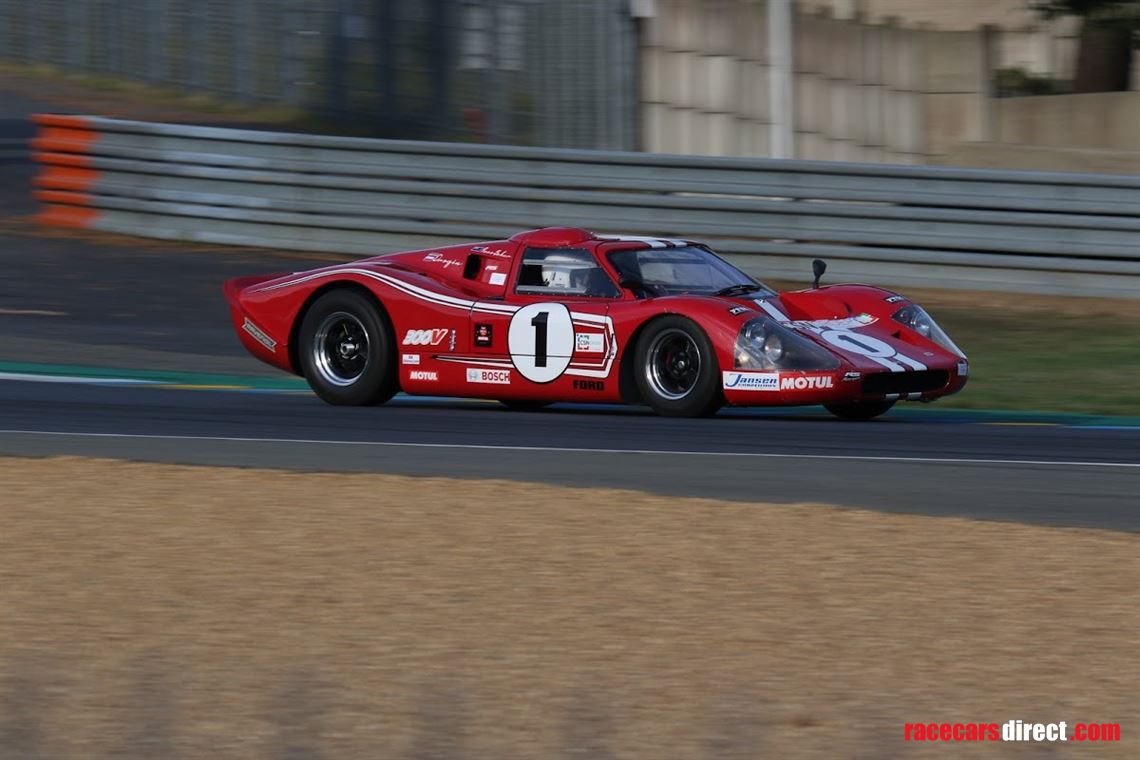 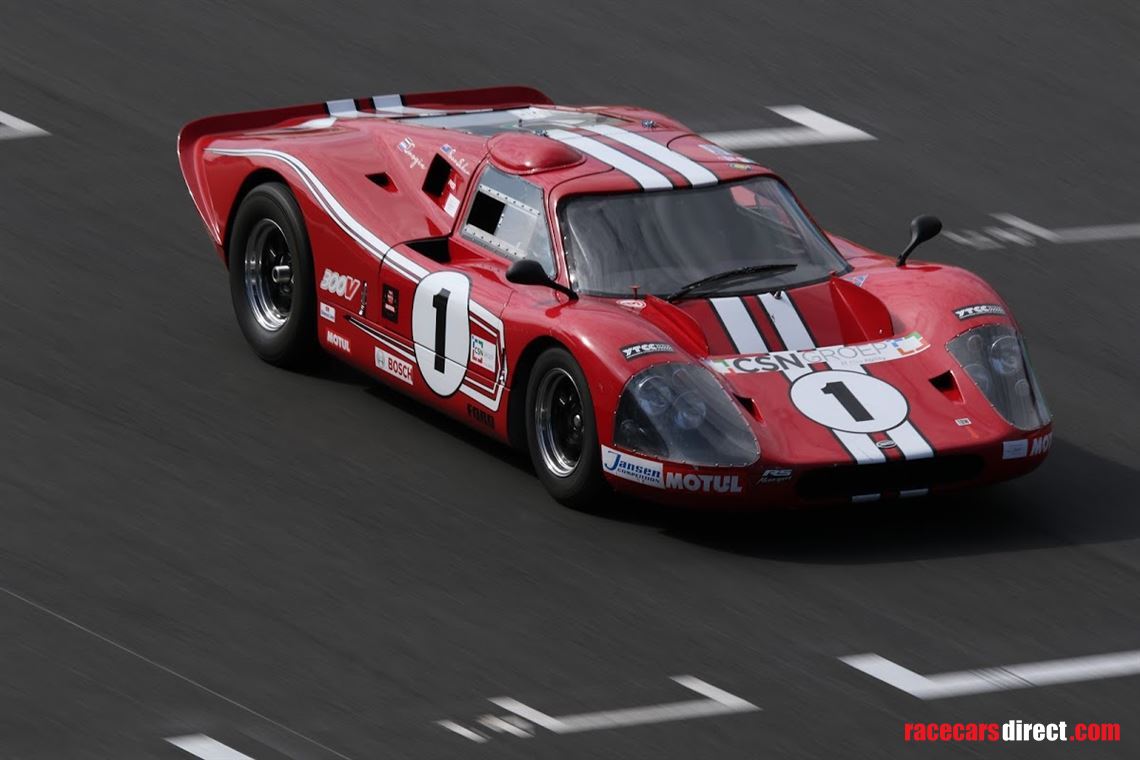 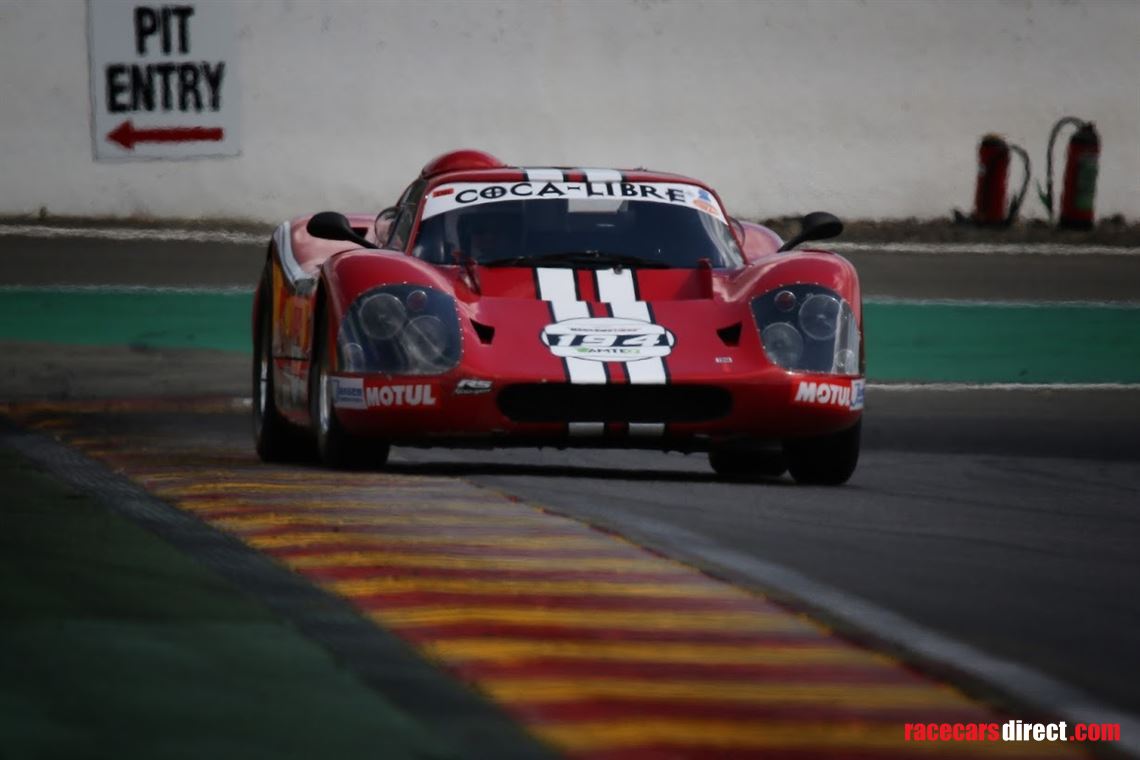 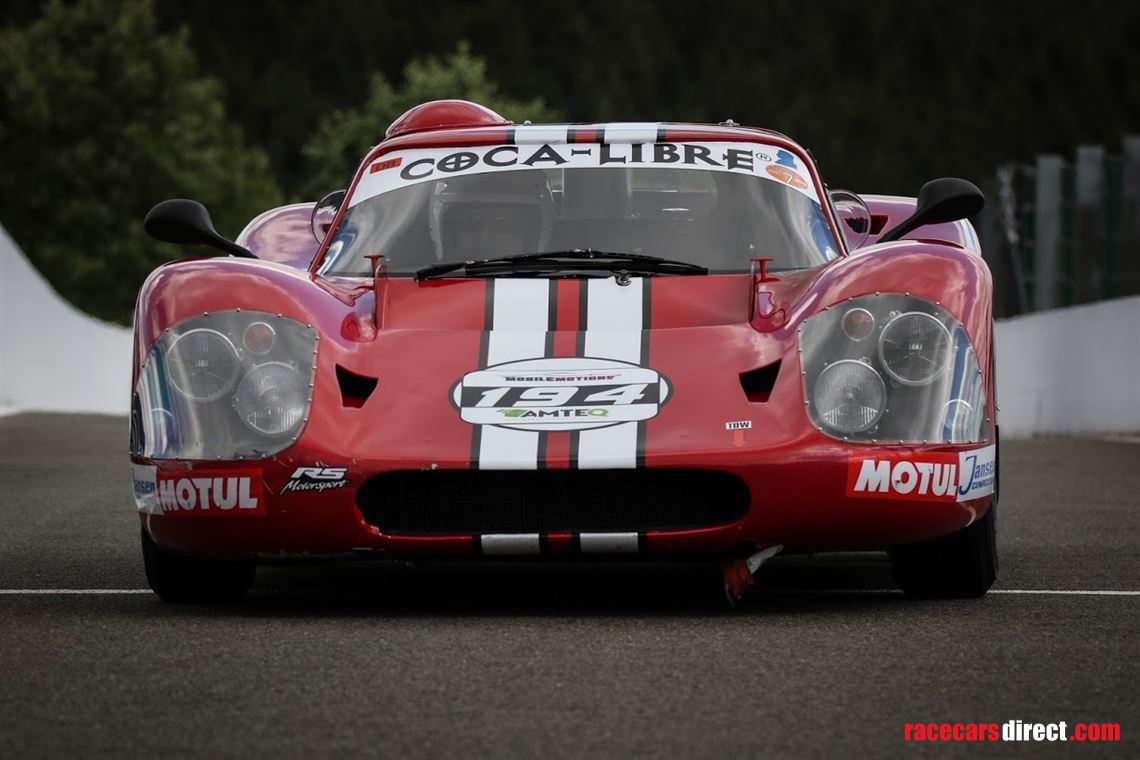 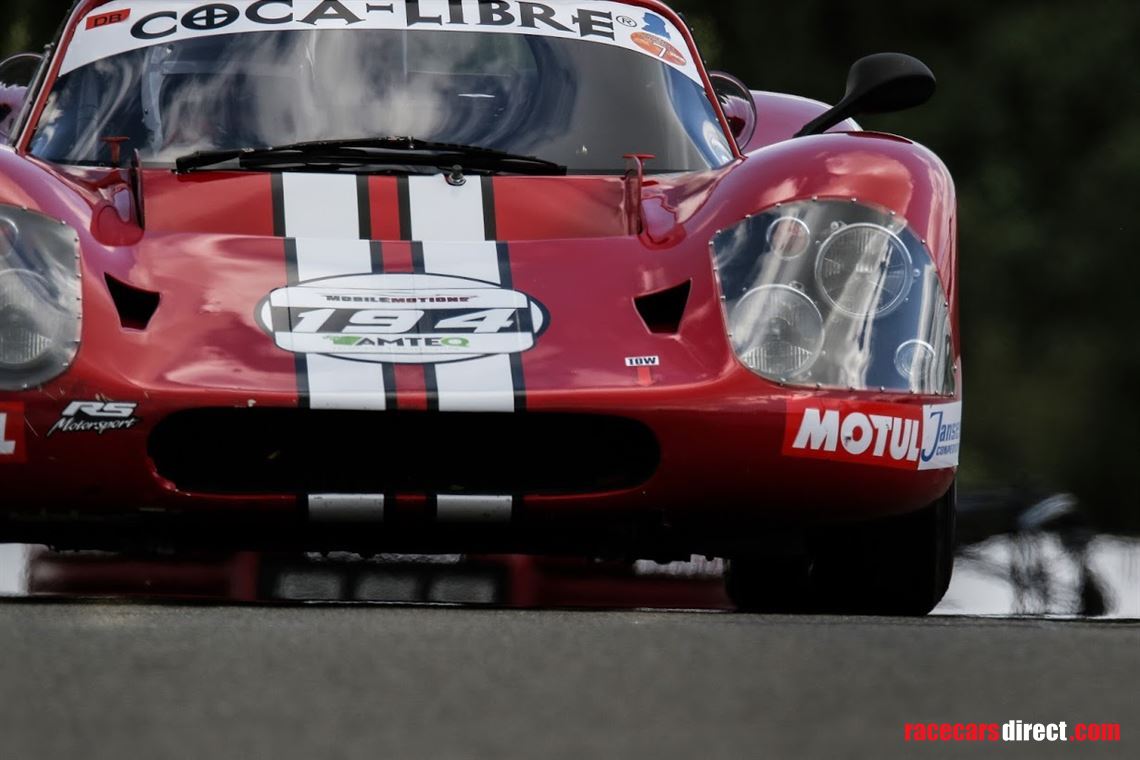 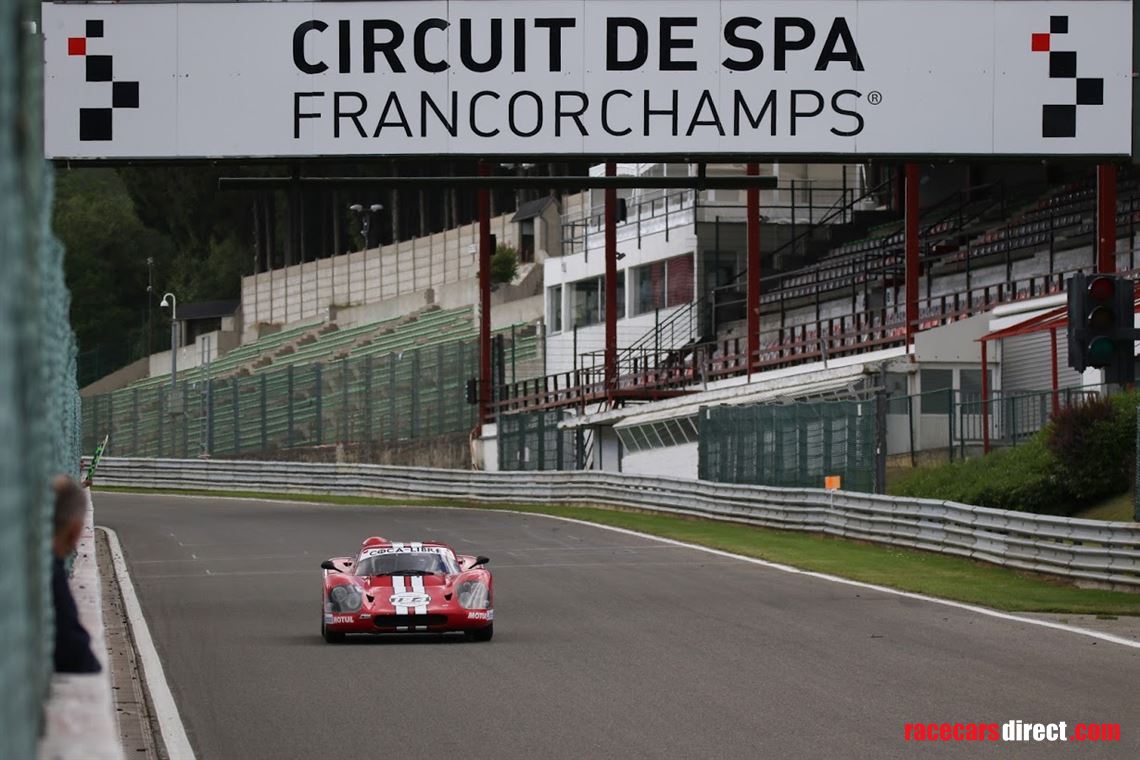 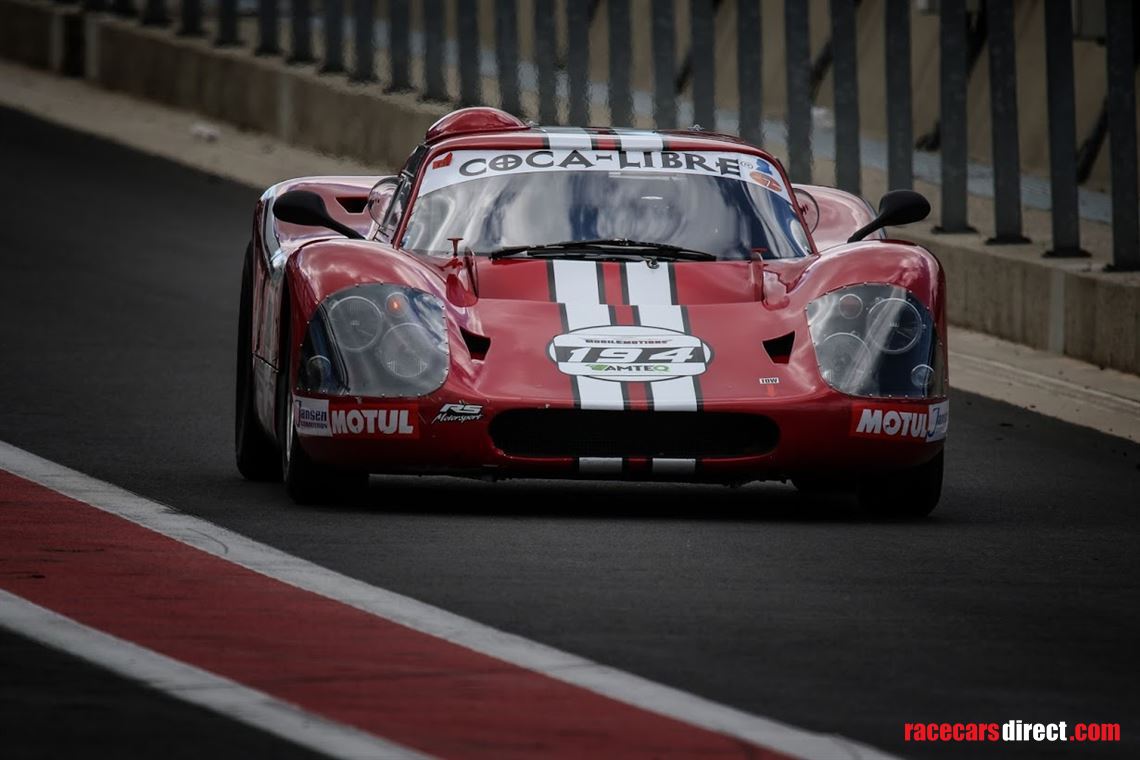 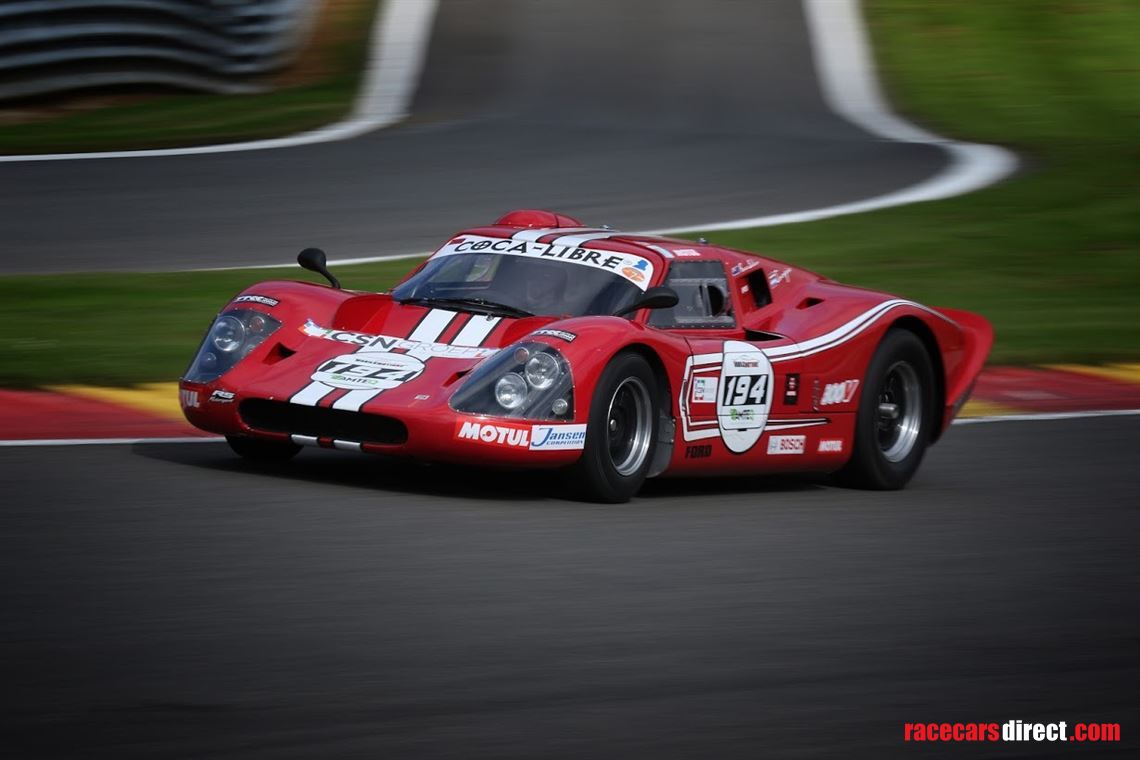 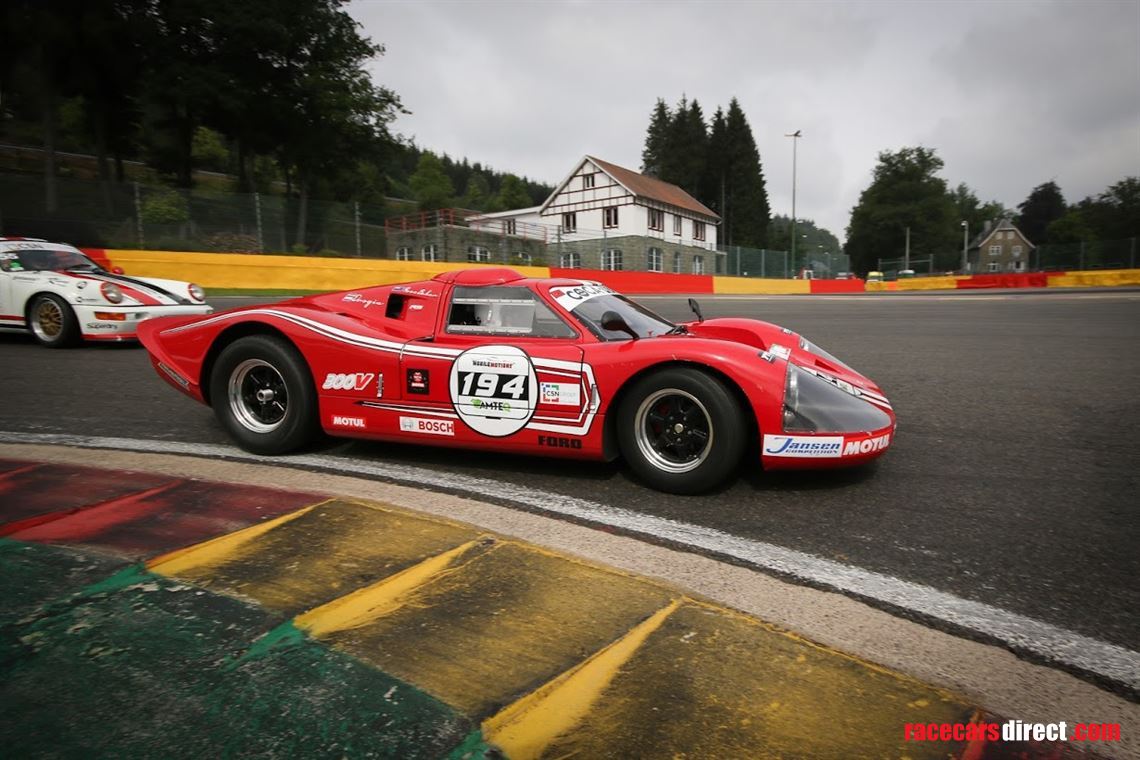 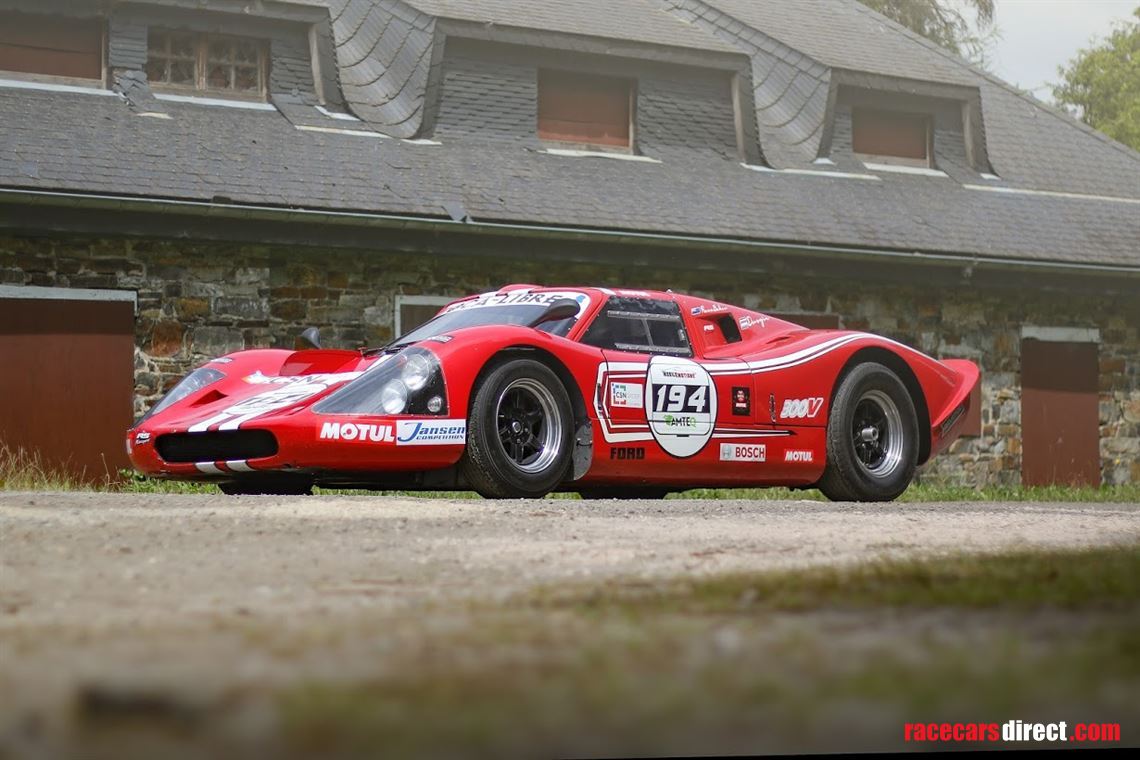 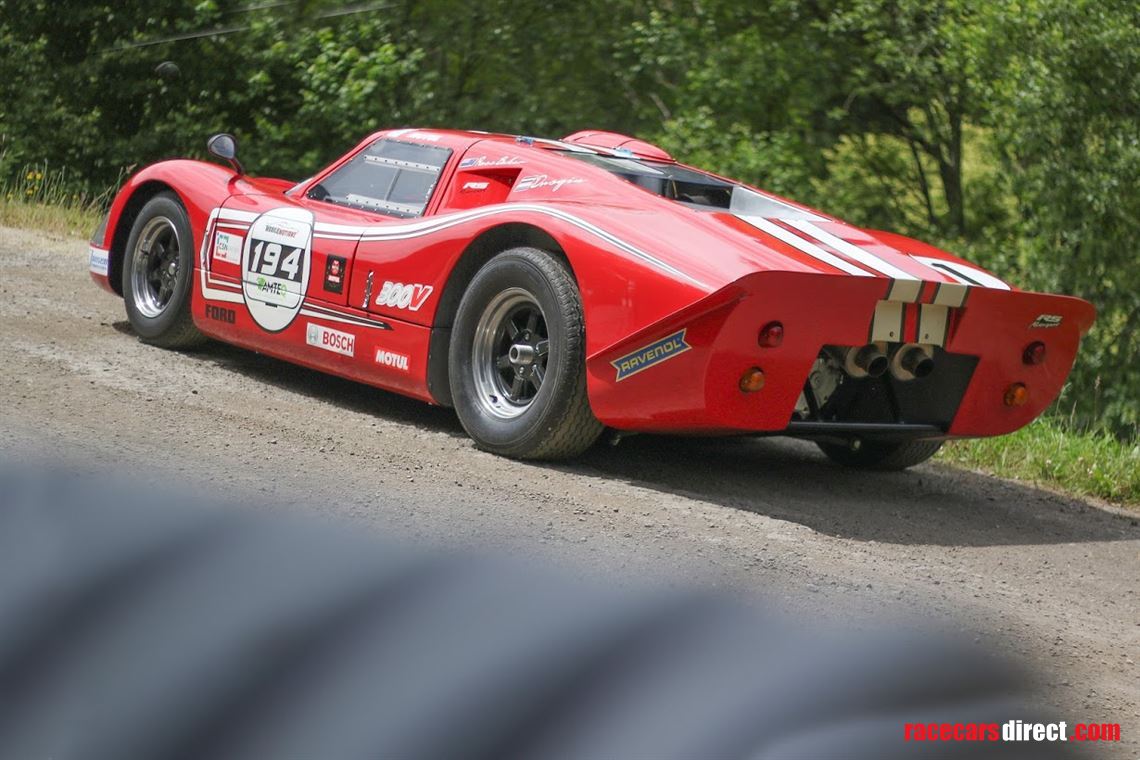 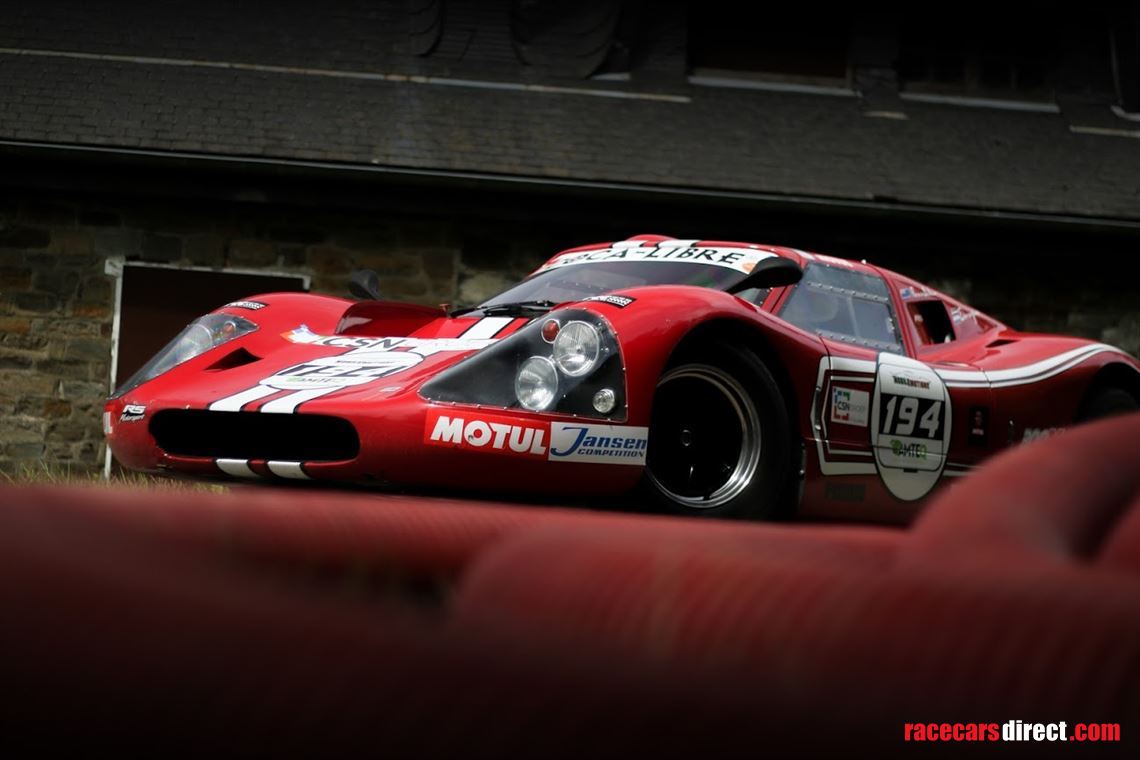 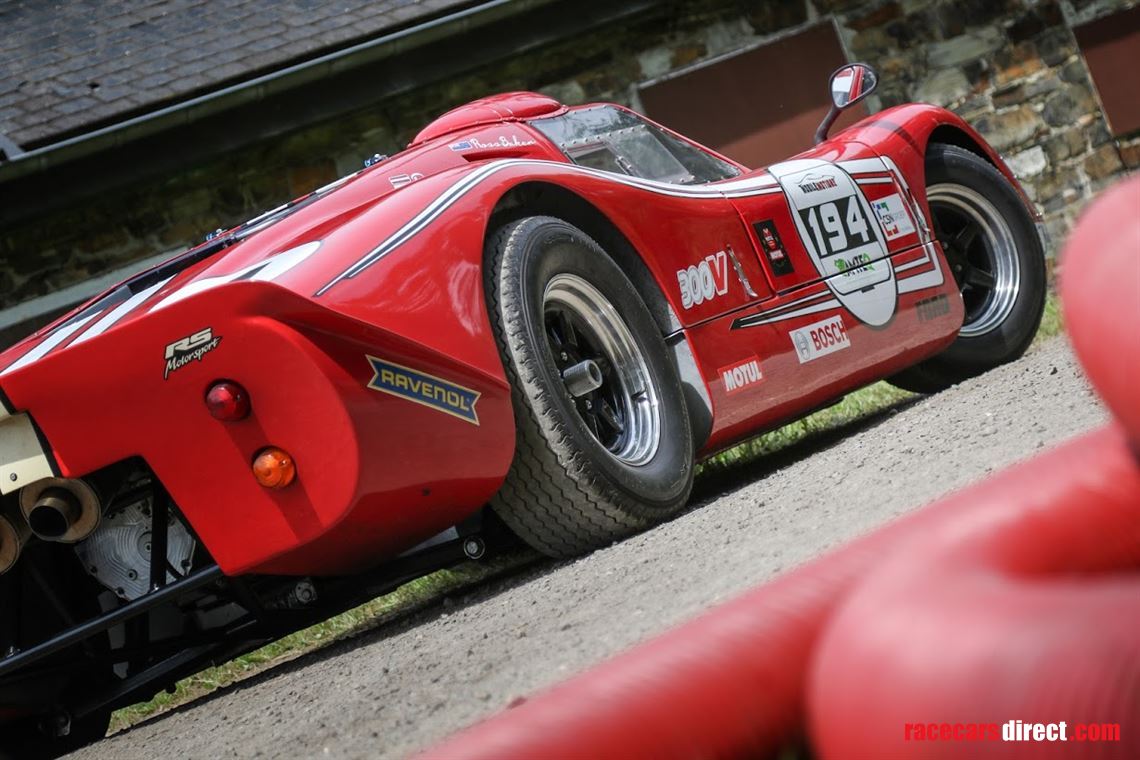 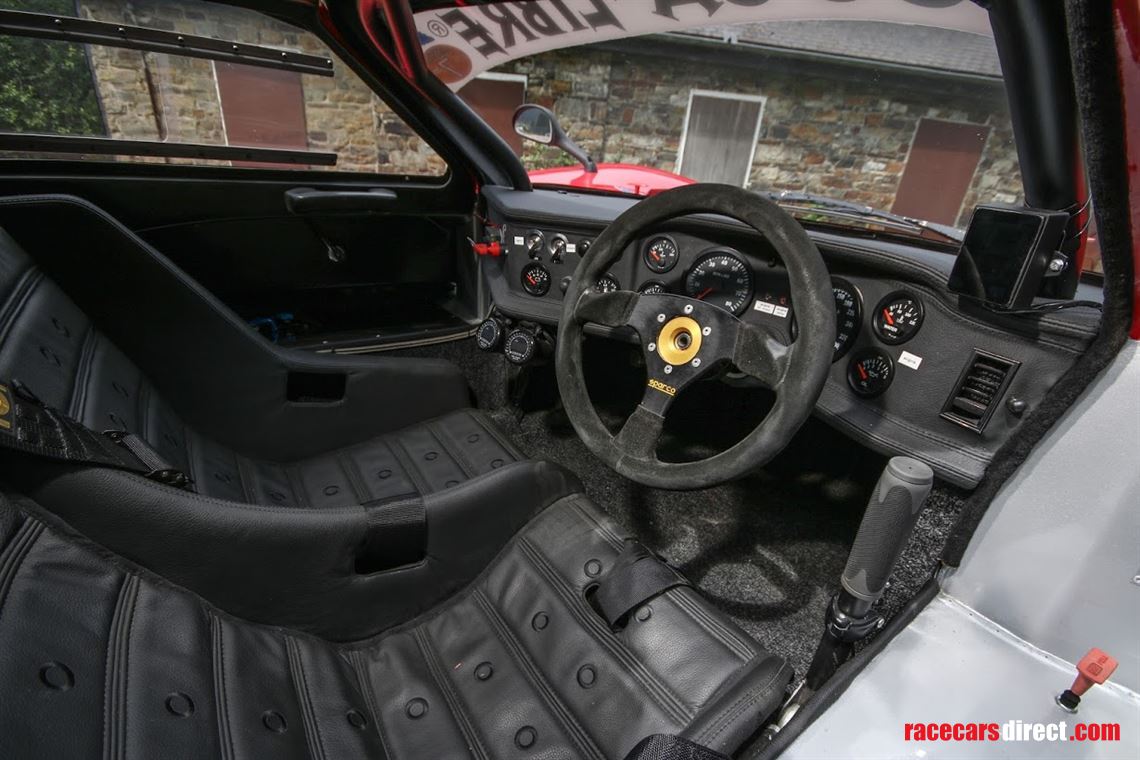 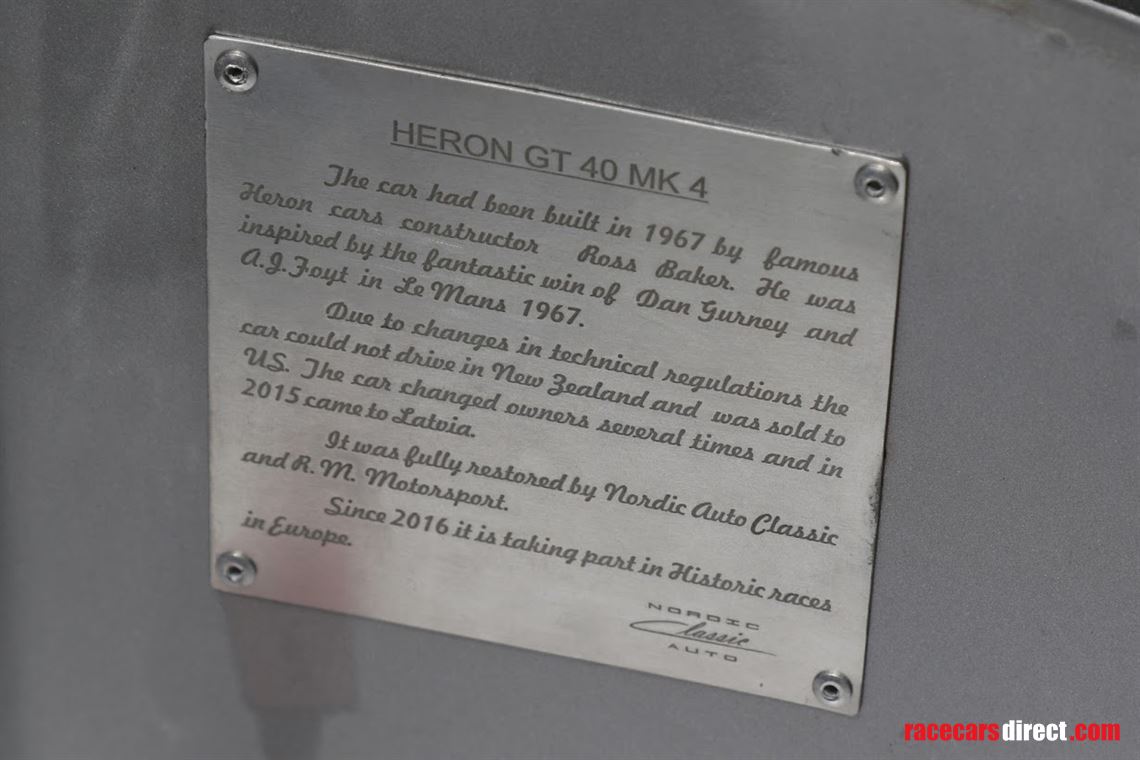 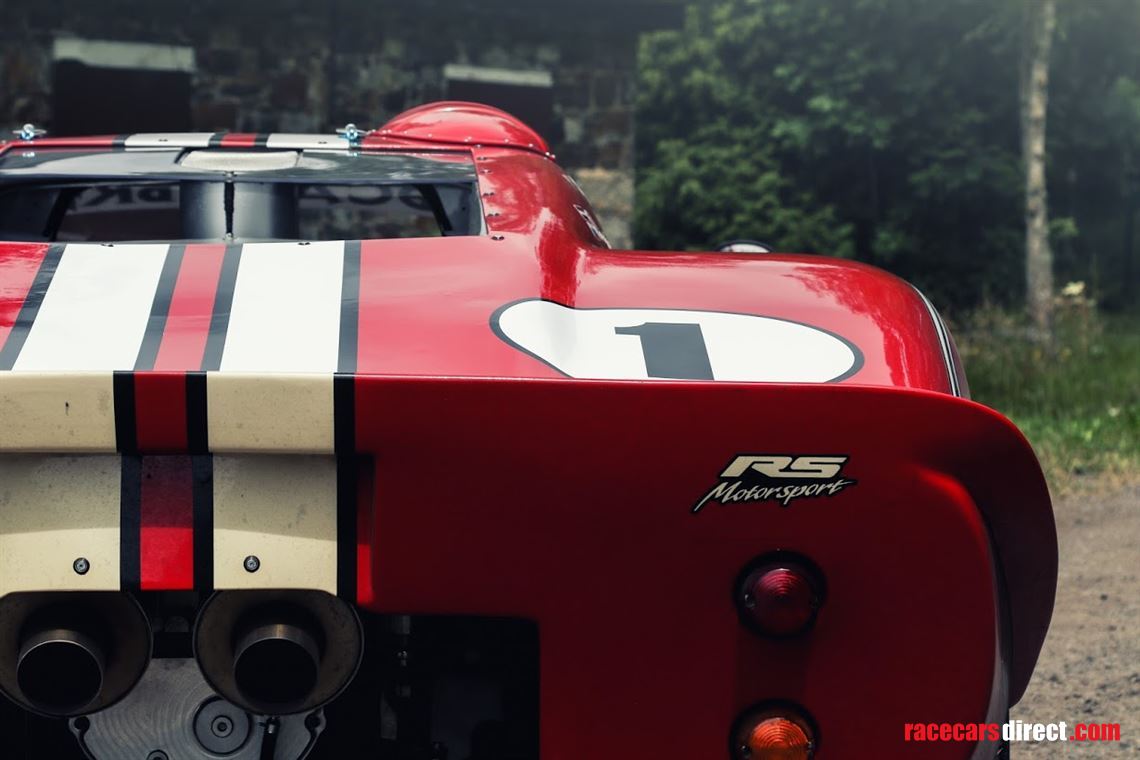 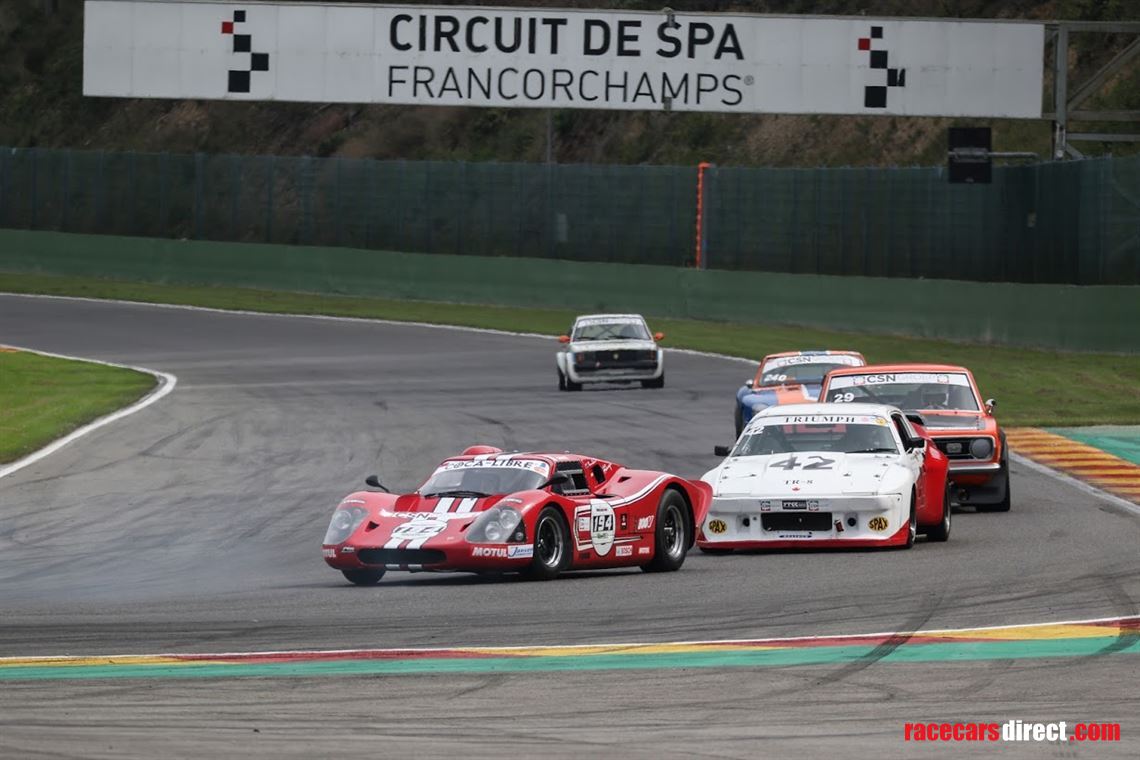 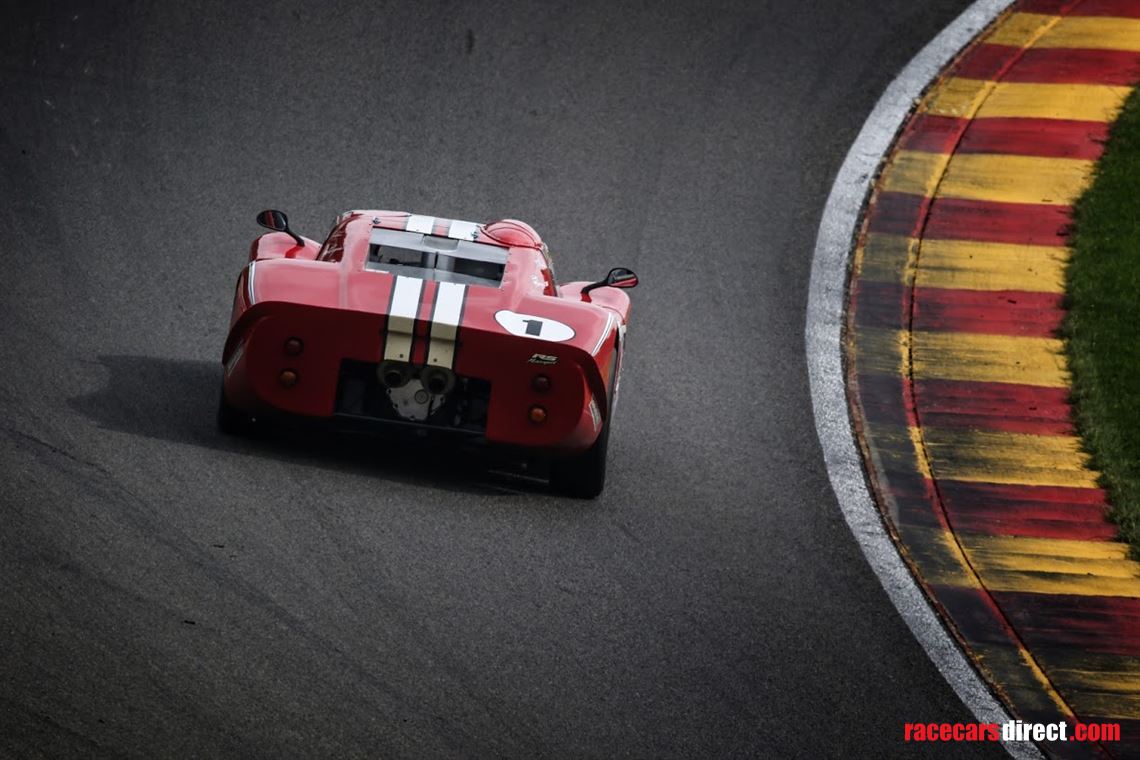 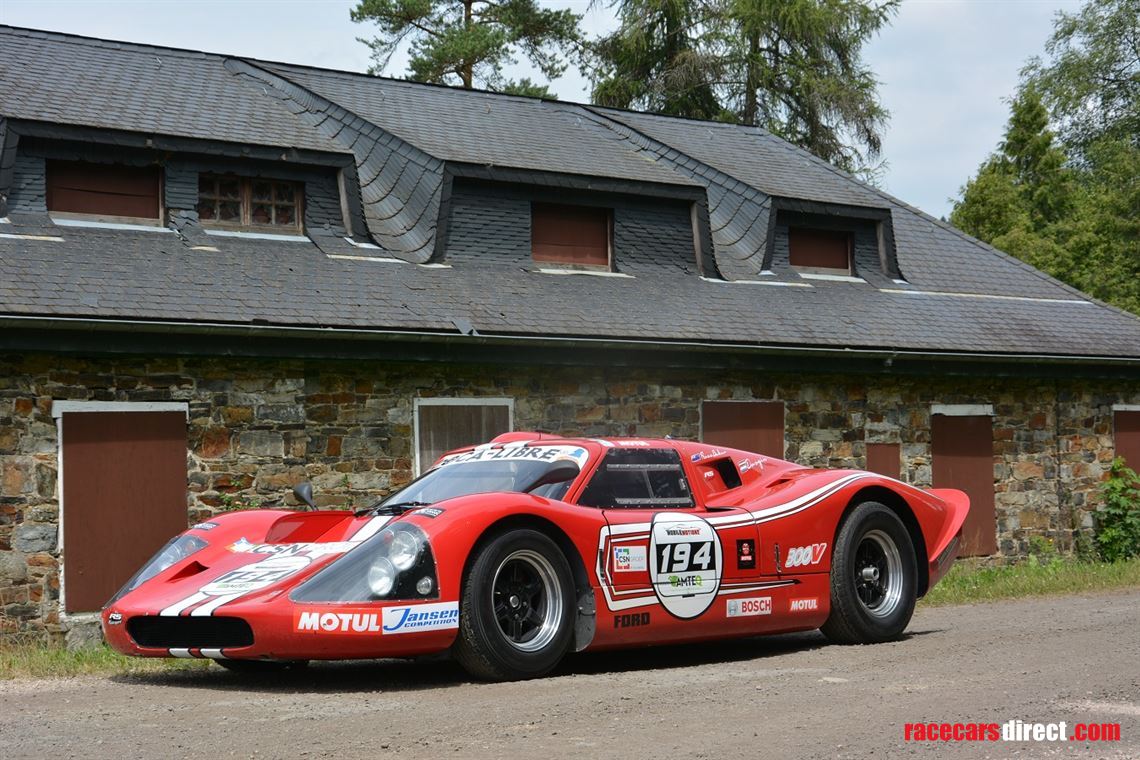 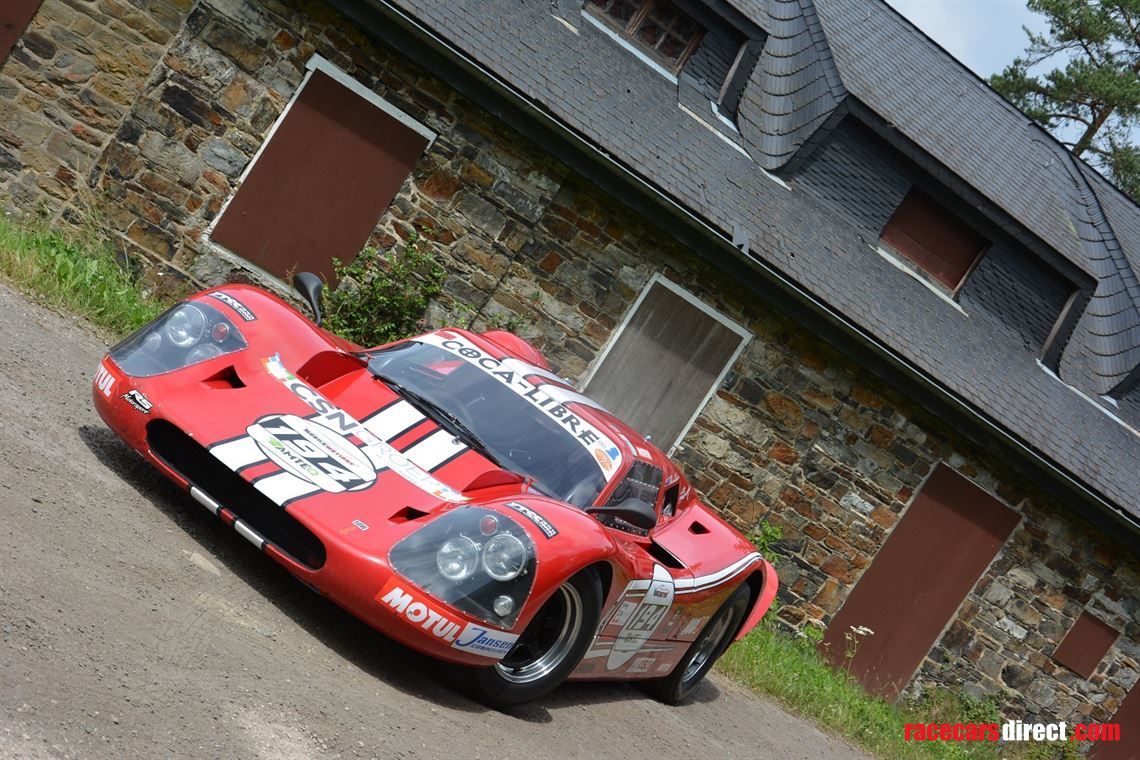 Following the success of the Ford GT40 at Le Mans in 1967 Bob Gee and Ross Baker decided to team up and build this beautiful replica of the car to race the following season.

They spent many hours reading and researching all they could to collect the information and specification to build the car they wanted. They decided to use a 327 ci Chevrolet Corvette motor, but the gearbox was a problem! They decided to design and build there own unit, it all started with a Ford Zephyr MK4 gears, a Ford V8 crown wheel and pinion with Ford Zephyr output shafts, Howard rotary hoe quick change gears and a Mini oil pump to pressure feed the oil to the gears.

Bob made the patterns from the drawings of Ross to cast the aluminum housings, one cast. Dave Long Engineering did the machining and then they had the gearbox. They proceeded to draw plans for the steel monocoque chassis with fiberglass body panels. All the suspension was to be fabricated from steel with coils.

Once the plans were finished, they started on the body plug. All the steel panels were cut from the drawings and ten either spot welded or pop-riveted together. Bob made the male plug and glassed over this before sanding and filling it to finish. The car was two-thirds finished when the controlling body of the sports car racing decided to change the maximum capacity of engines to only 2000cc, which made the car obsolete before it had even raced!

The car was put on hold and restarted, being completed in 1988 when it raced at the Whenuapai wings and Wheels meeting where it competed very well. However, straight line and powering through corners were outperforming the Ferraris, but the 1967 brakes were not up to the car's performance.

The car was sold to David Manton in 1990, who had a car collection in New Zealand and disappeared for a while.

The car has competed in a Europen tour in 2019 including Spa, Le Mans and many more