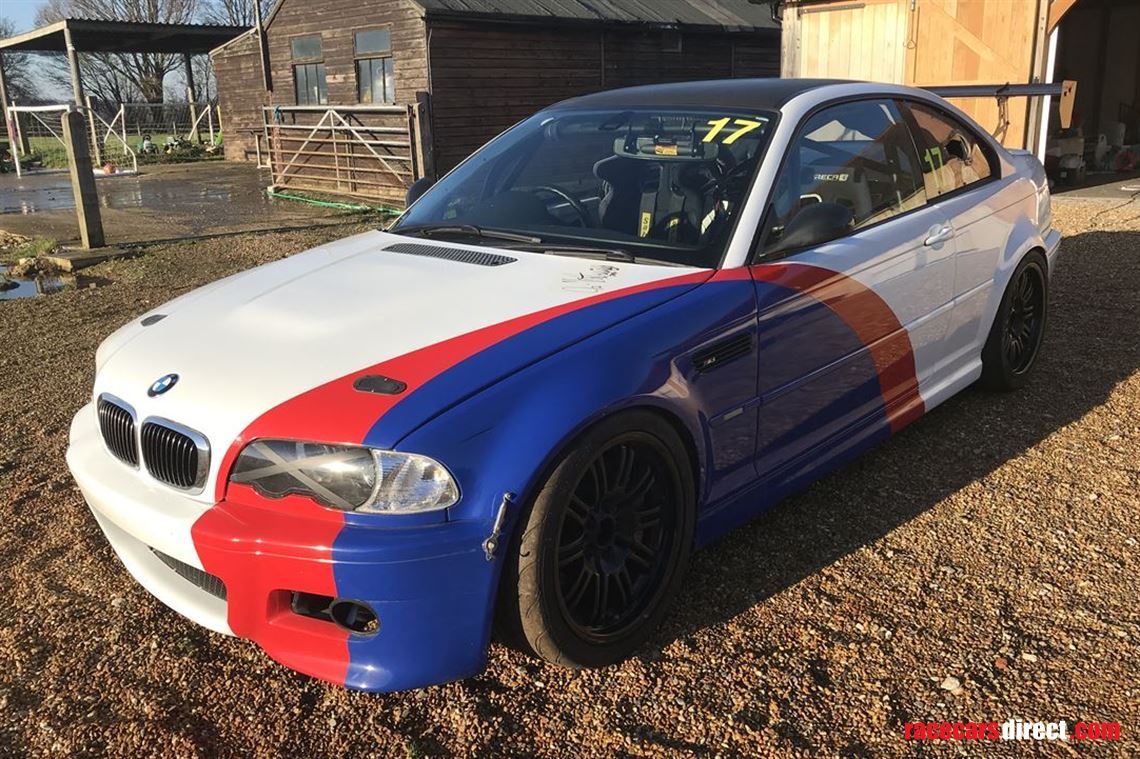 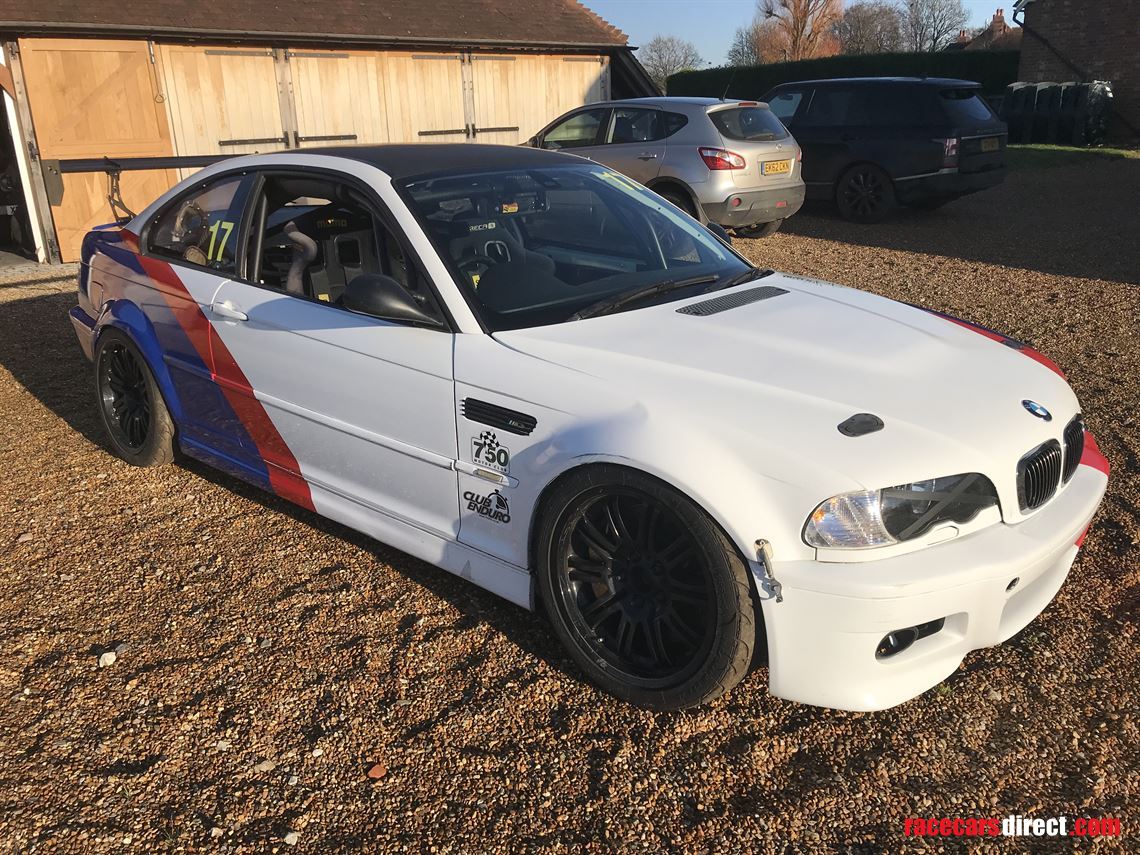 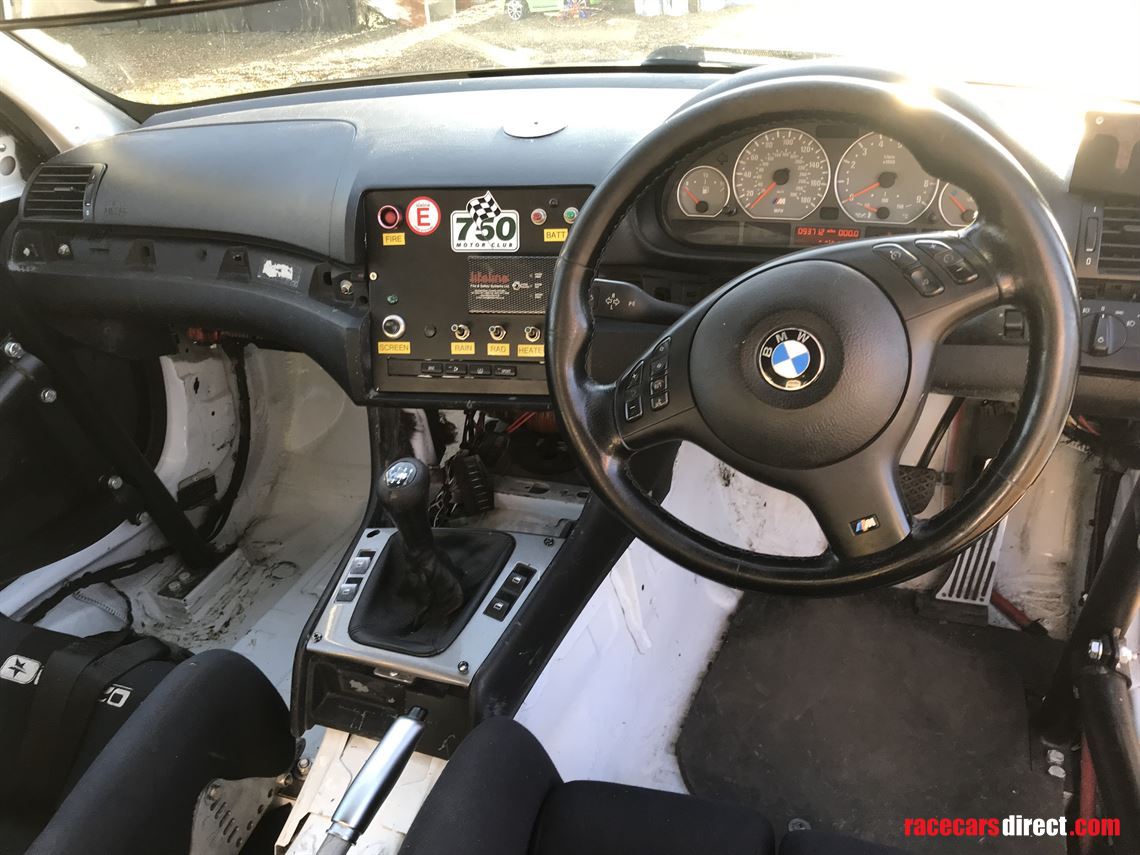 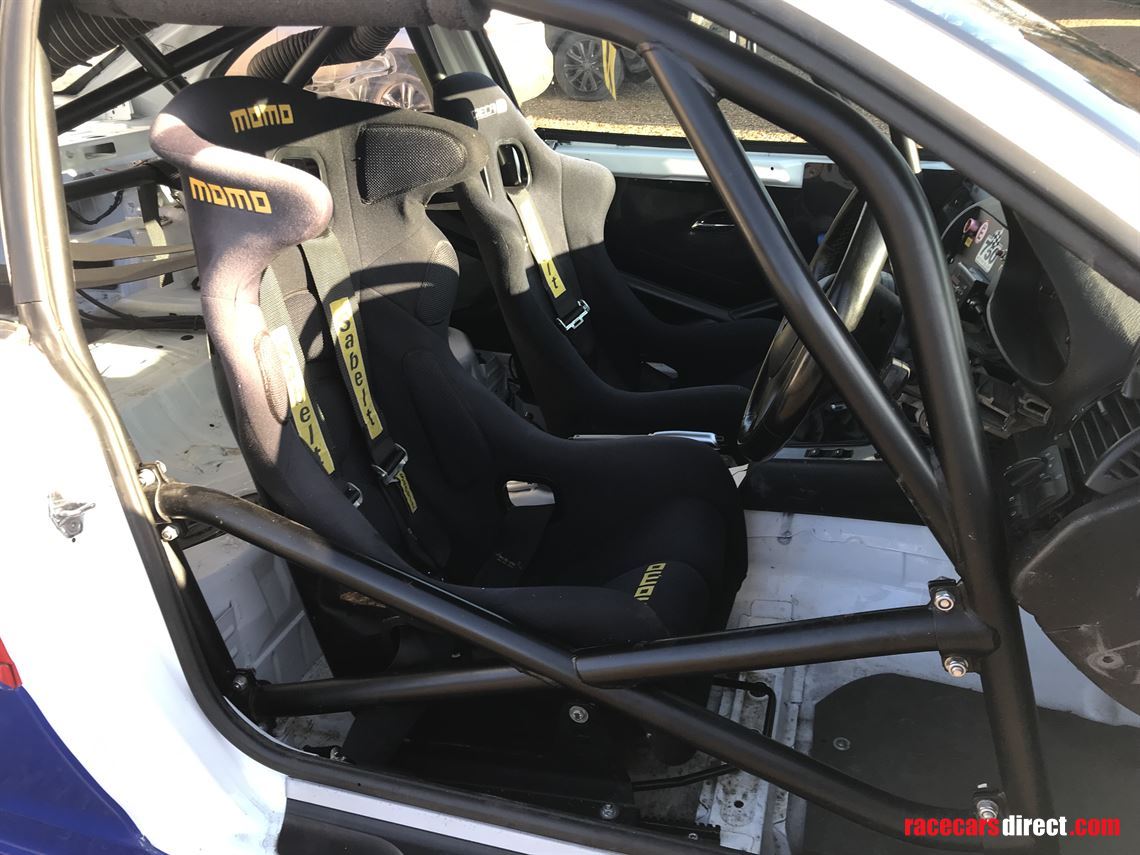 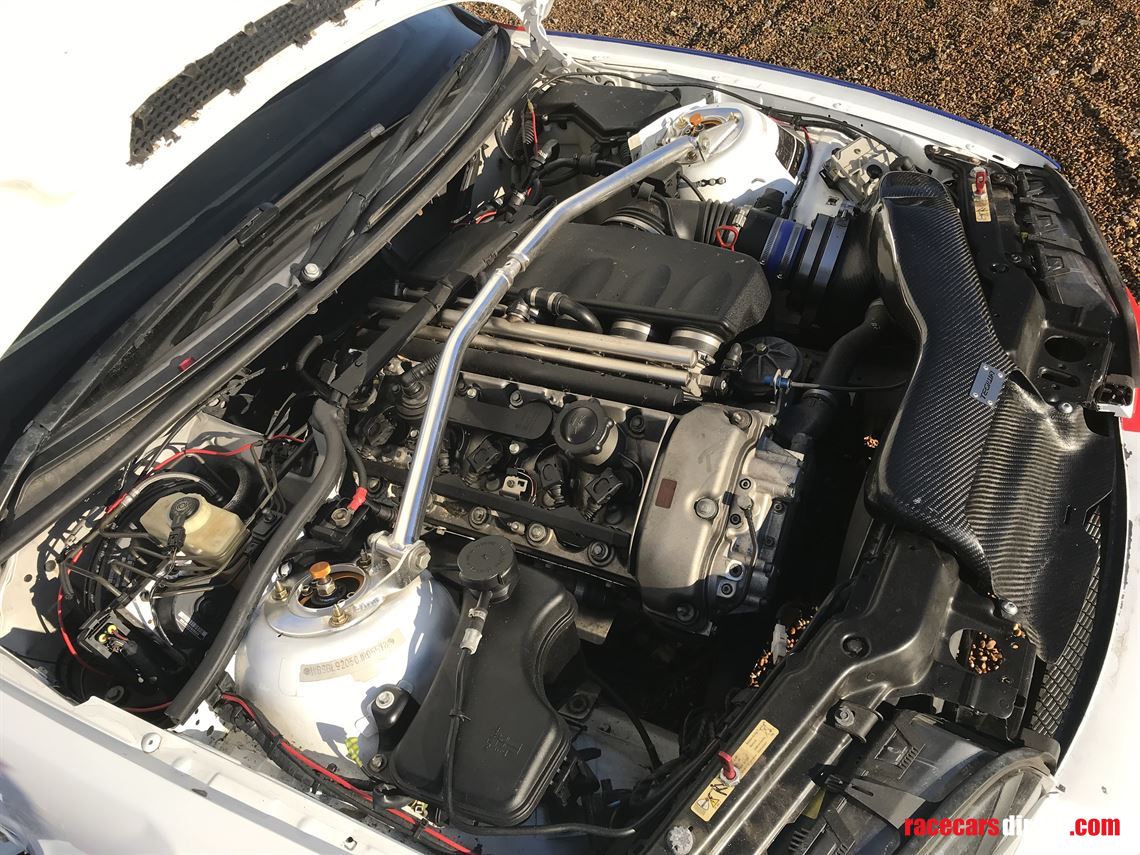 The car was road legal and had an MOT until the catalytic converters were removed in 2017 and a full racing exhaust was fitted. If cats were refitted it could be MOT’d again.

The car was eligible for 750 Motor Club M3 Cup, Club Enduro, Roadsports & CSCC New Millennium Series in 2017.  I understand the regulations have now changed, however, and the roll cage will require some modification to make the car eligible now.

M3 Cup front splitters x 2 (one carbon from Geoff Steele and one wood).

Cartek electronic cut out switch with internal and external cut off buttons.

Brand New for 2017 Sparco wrap around race seat plus passenger seat for instructor use.

Lightweight Lexan windows in the side rear and rear screen with ventilation ducts.

Extra fuel pump in the tank and swirl pot and main pump in the boot inside an aluminium box - will run down to 2L of fuel with no starvation.

The car was originally built in January 2016 and ran in the 750 Motor Club Club Enduro and Roadsports and in the Final Race of the M3 Cup.  In 2016 it was driven by 2 Novices with some good results, in the right hands will be a very competitive car!!

Donnington Qualified P1 by 1.5 seconds but race cancelled due to Storm!

Since then the car has had two summers of light track day use by the novice owners accompanied by instructors and the car has been professionally maintained and supported on an ‘arrive & drive’ basis.

This is a very special car. Originally supplied as 1 of 10 BMW UK M3 E92 GTP's for MotorSport