The Birmingham Beeliner. - 1 of a kind Custom bike 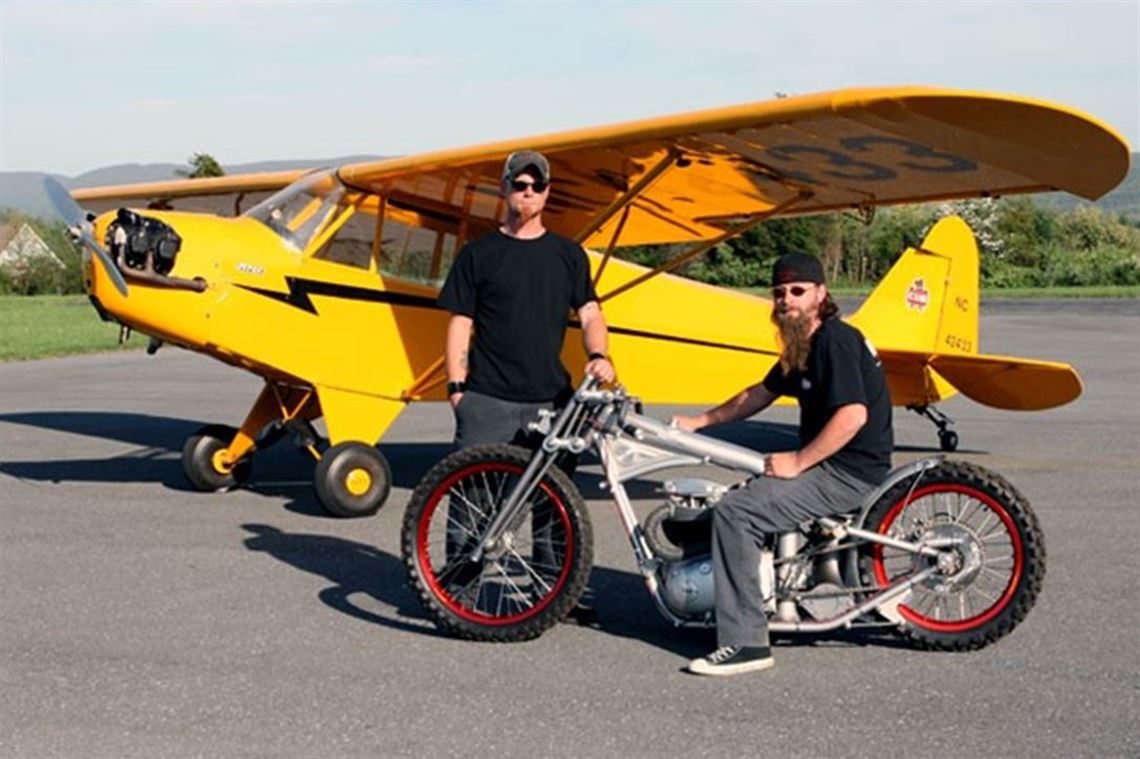 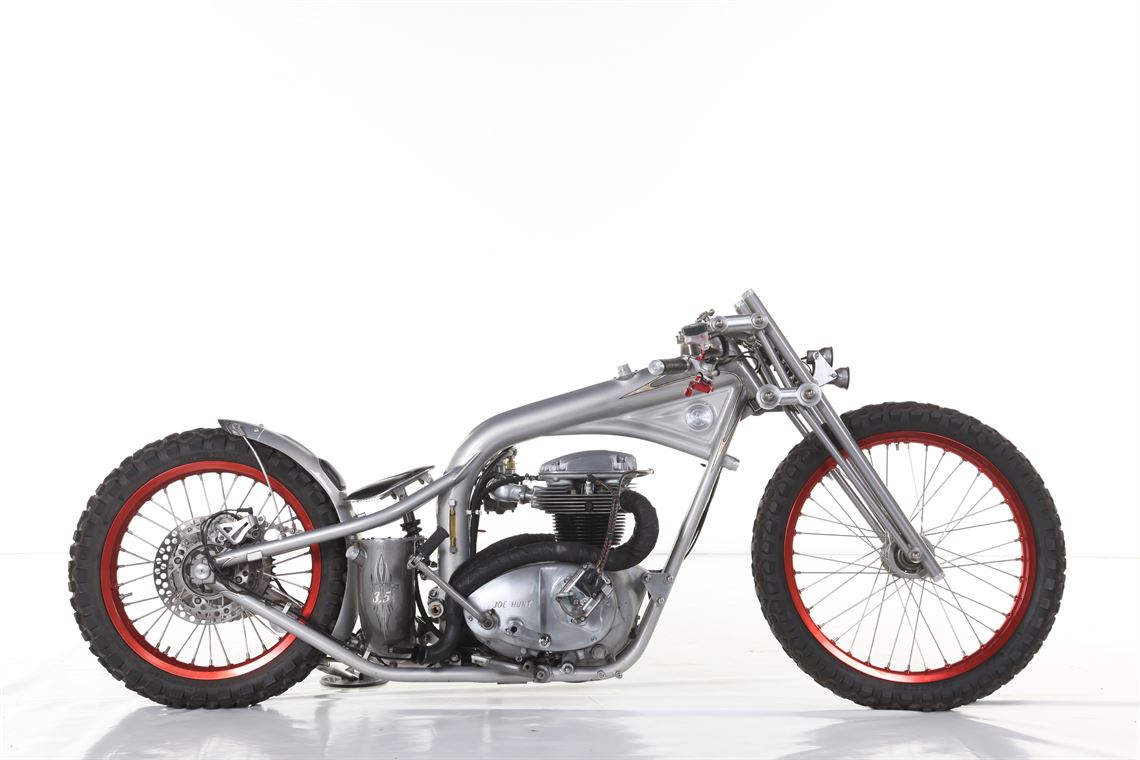 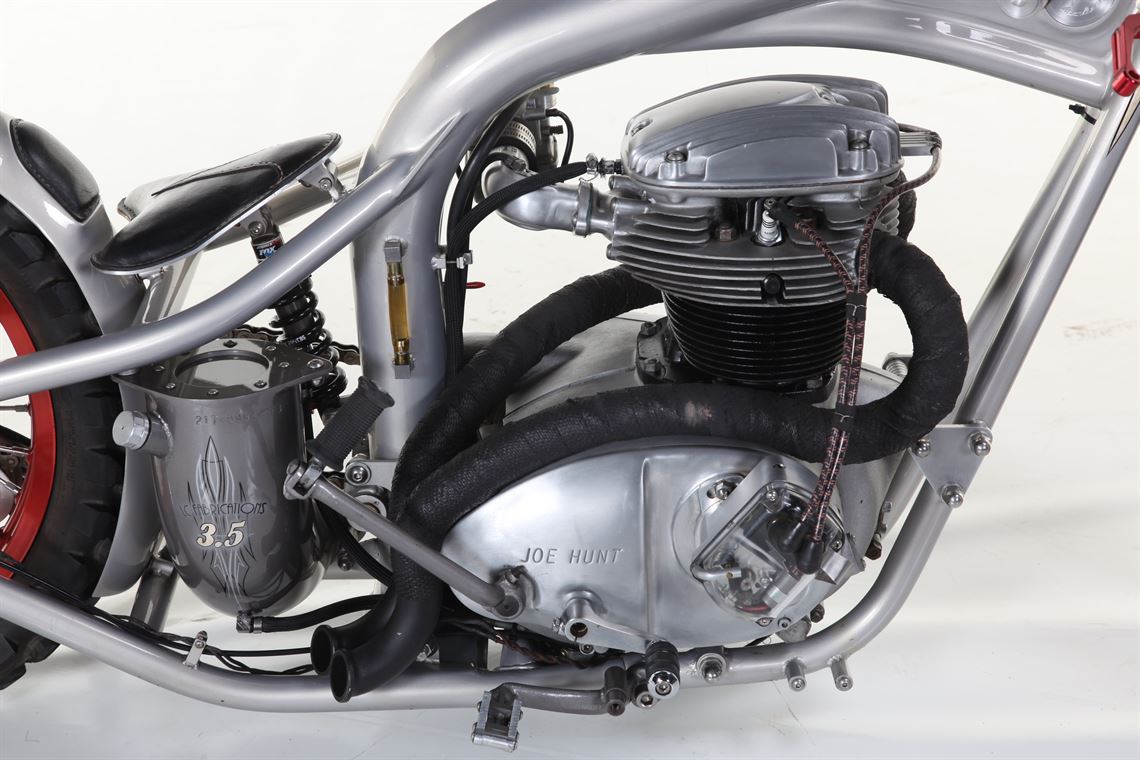 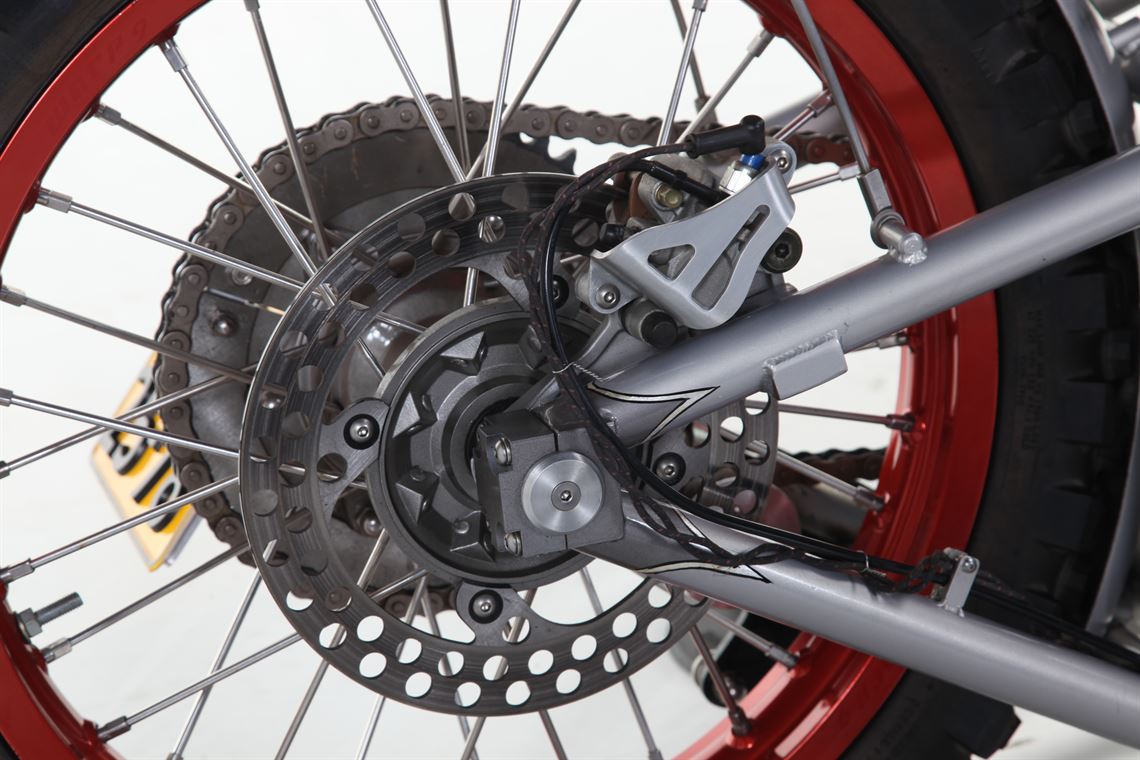 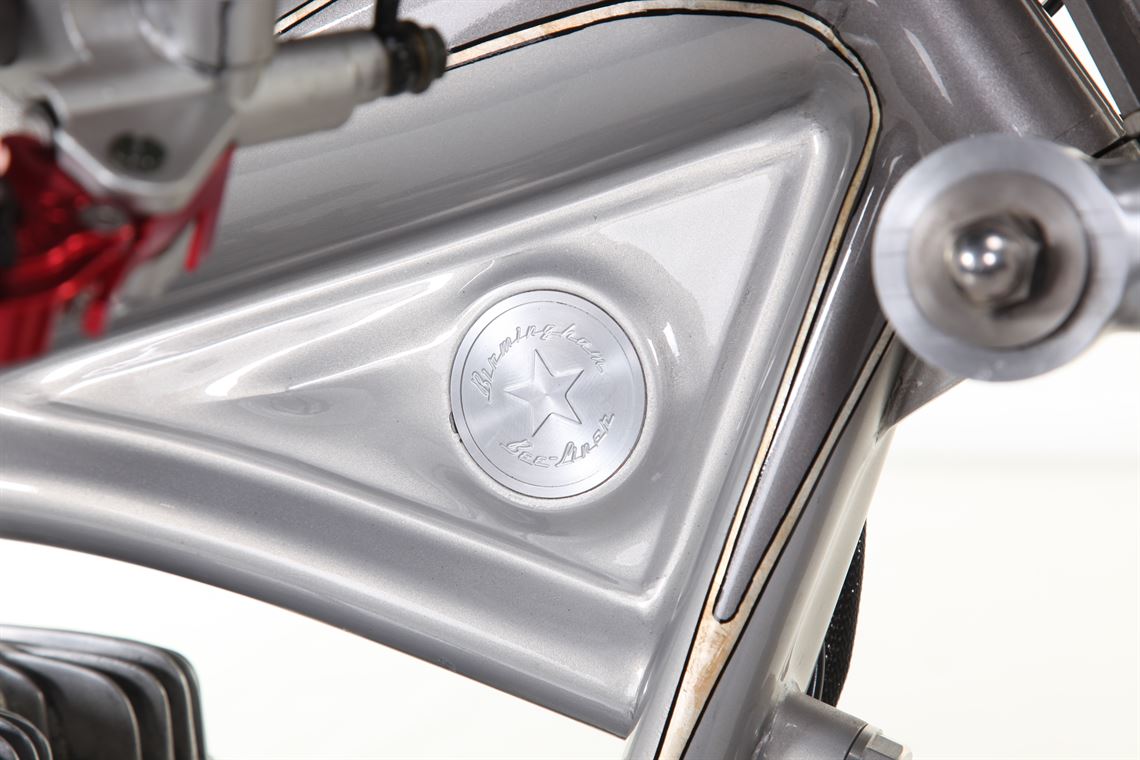 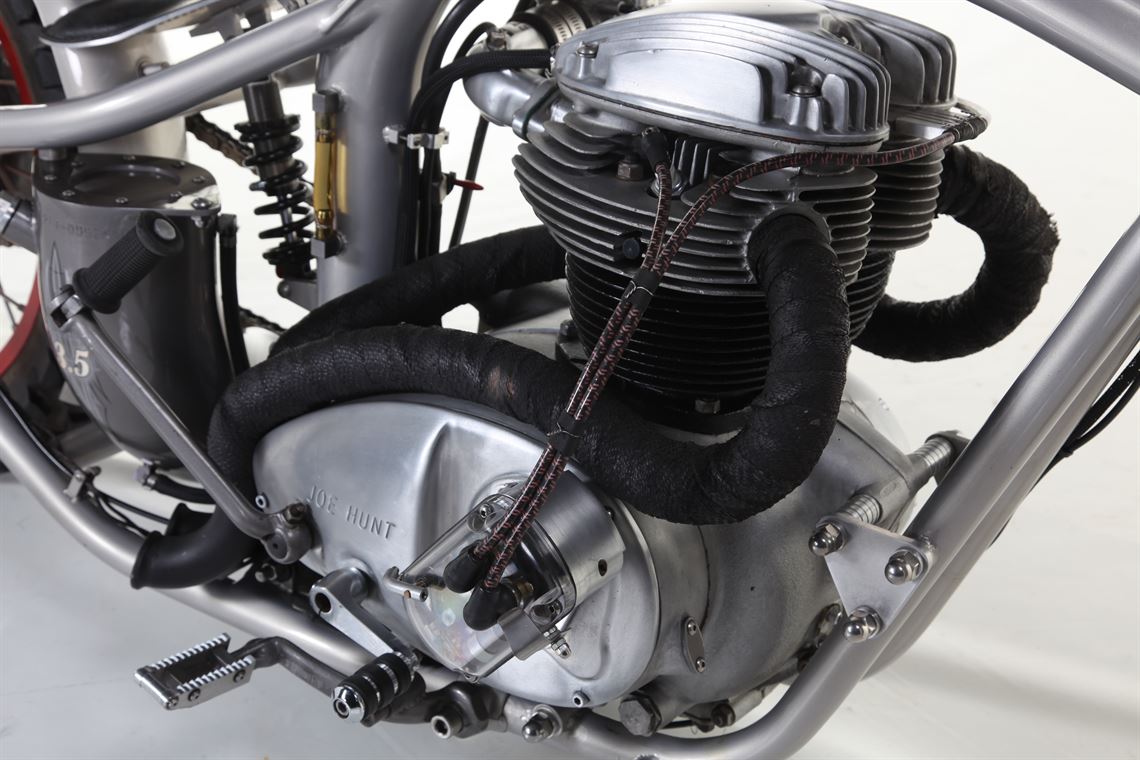 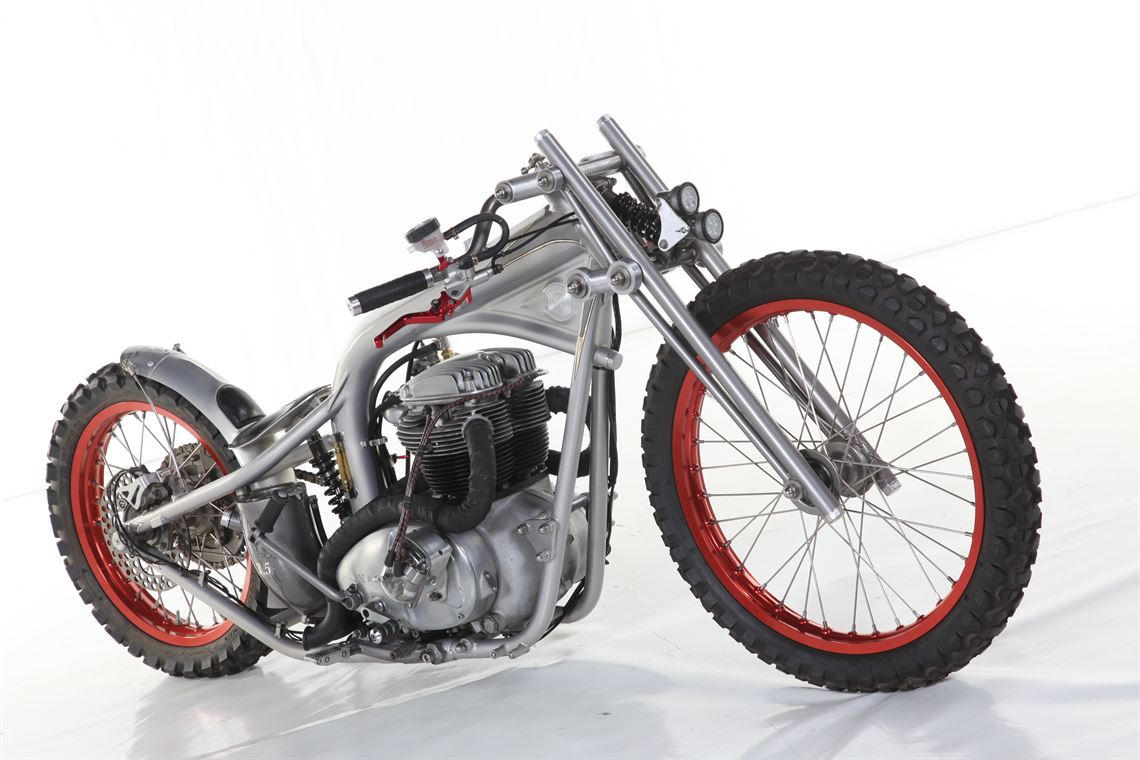 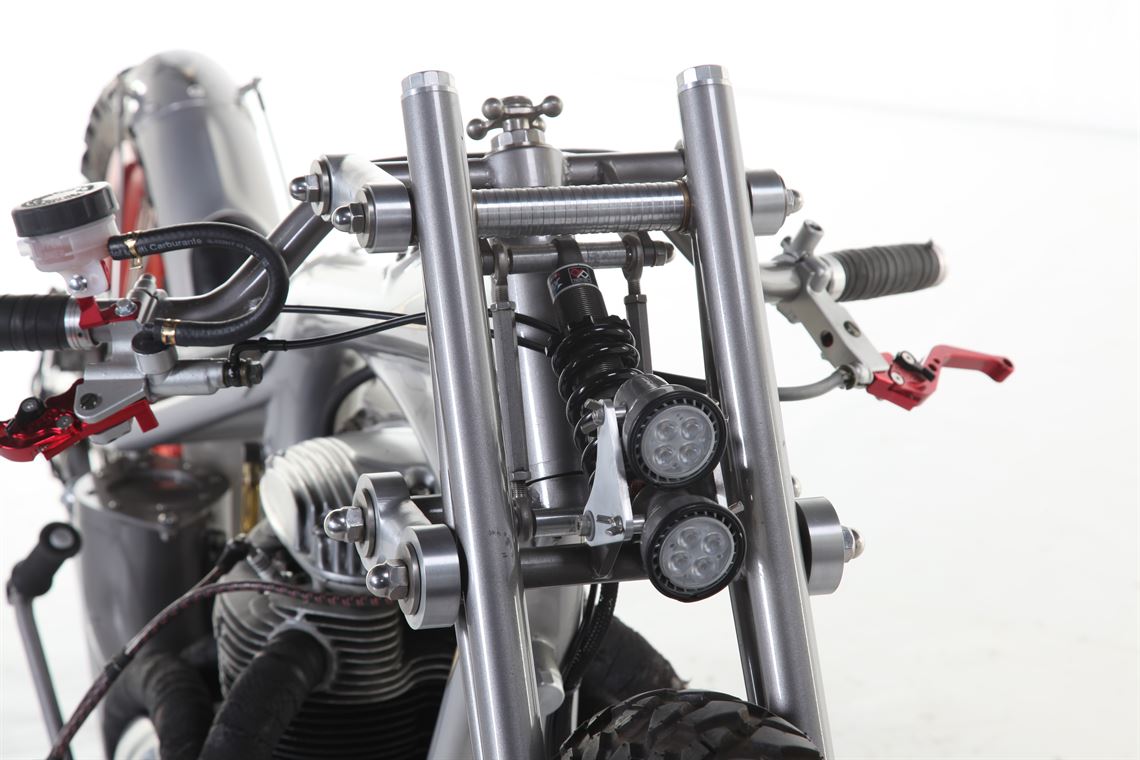 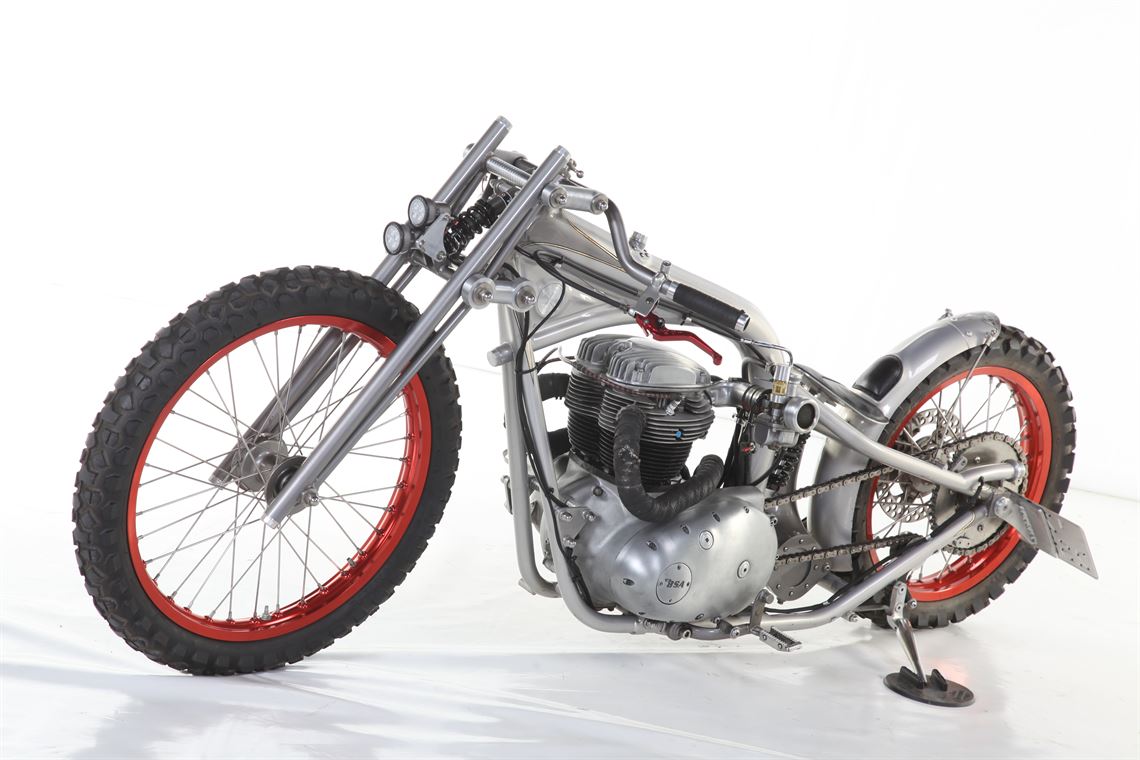 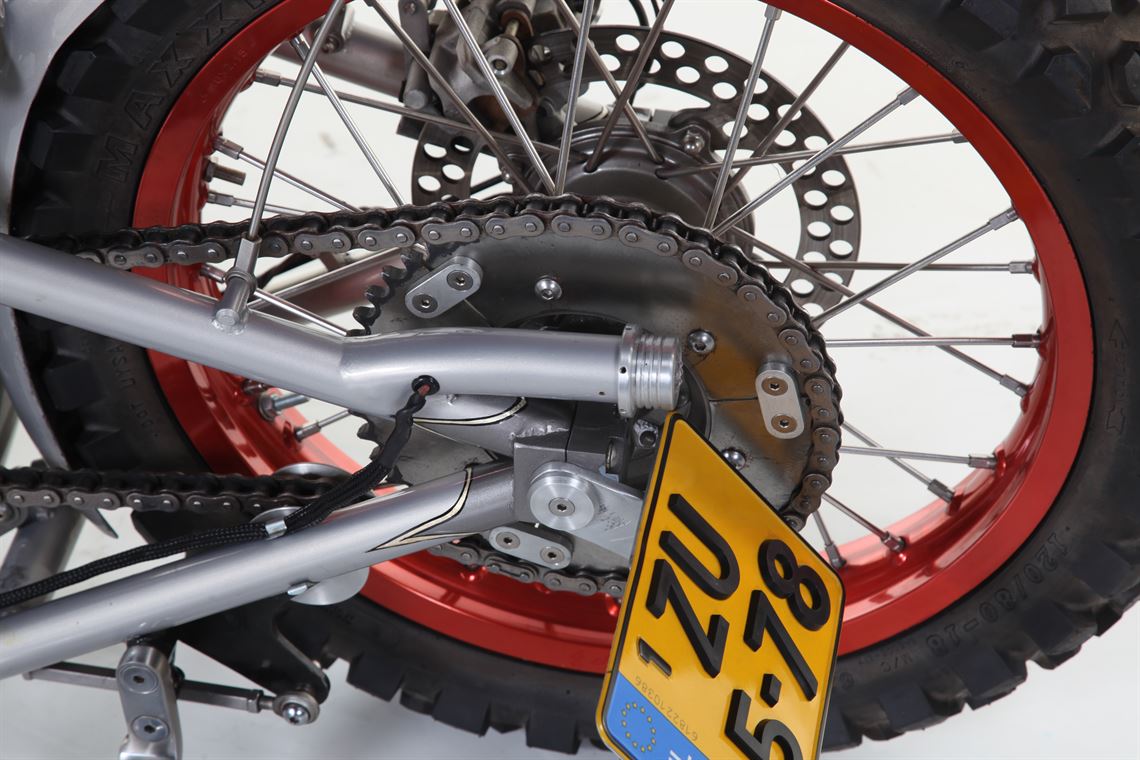 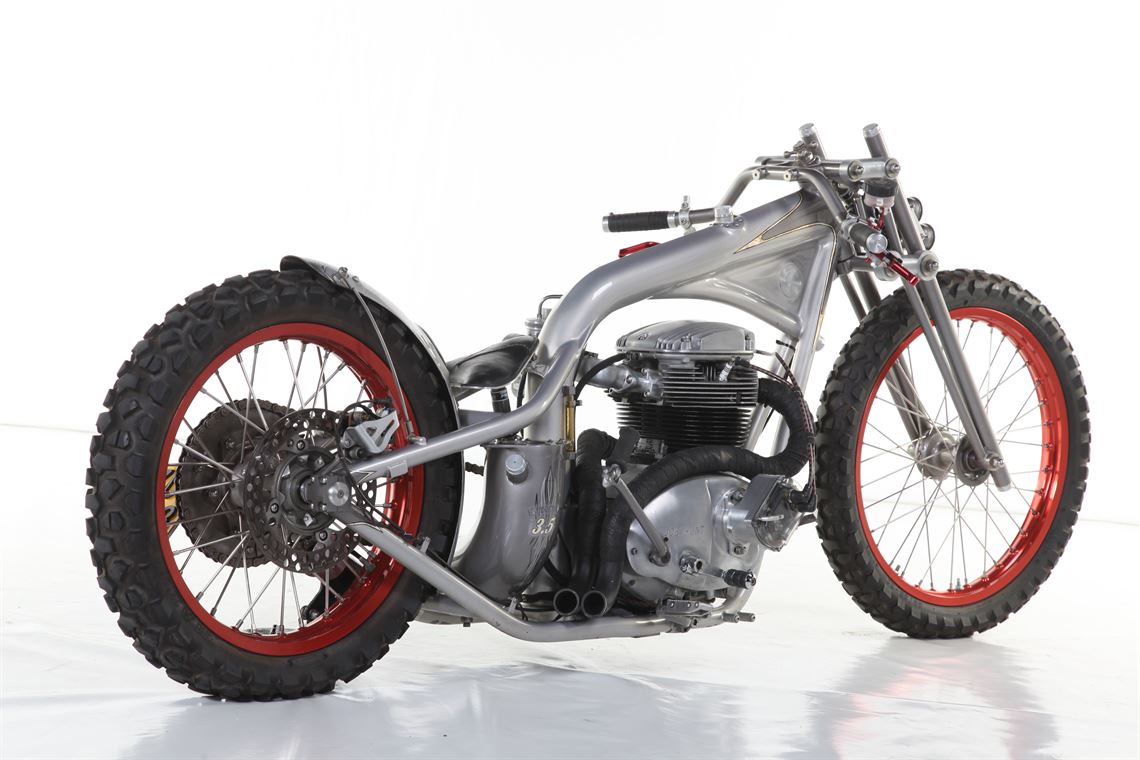 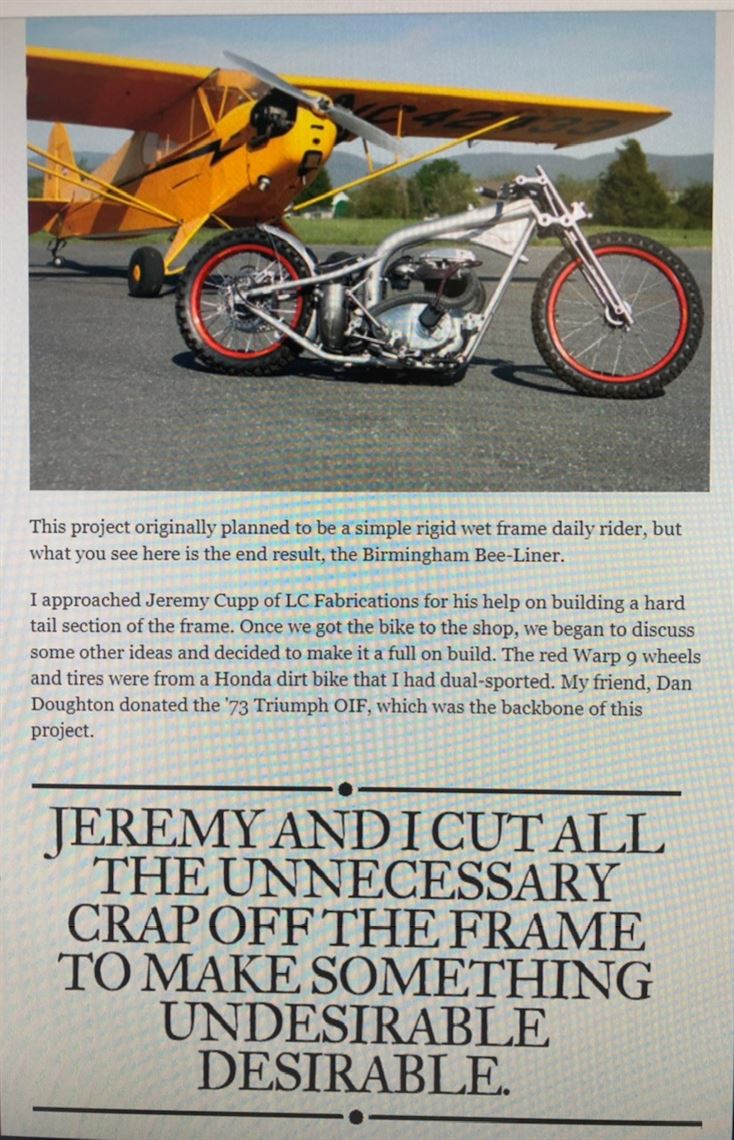 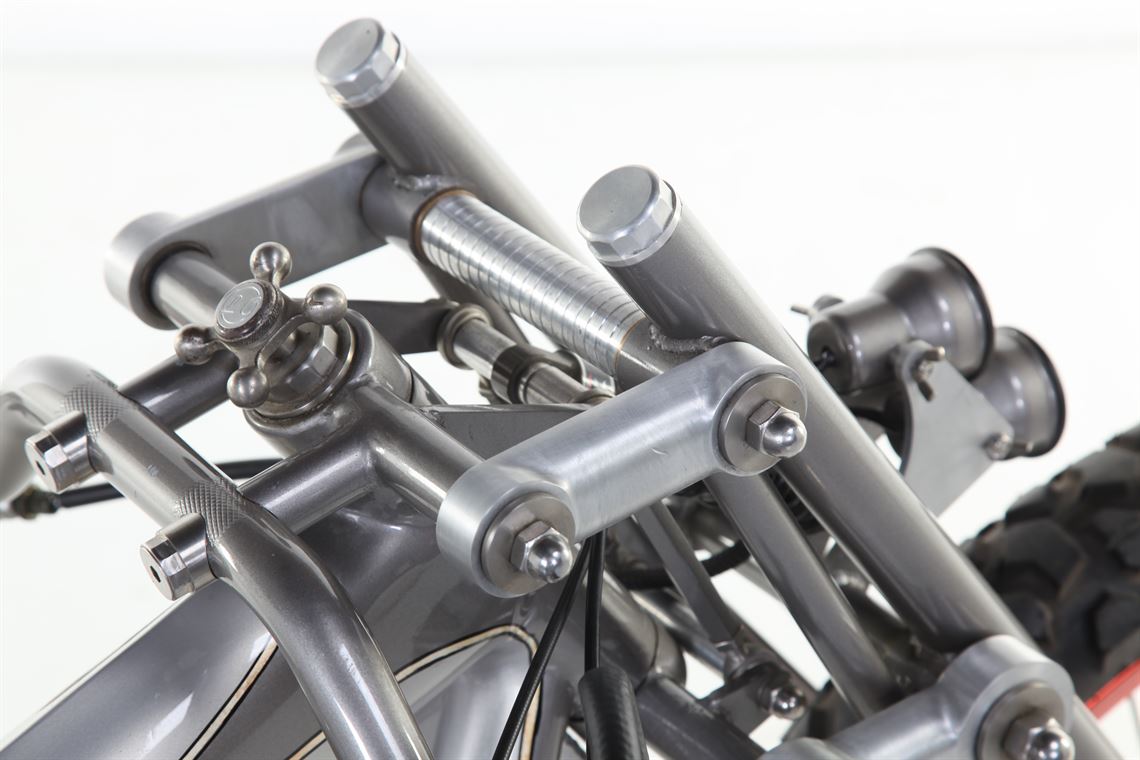 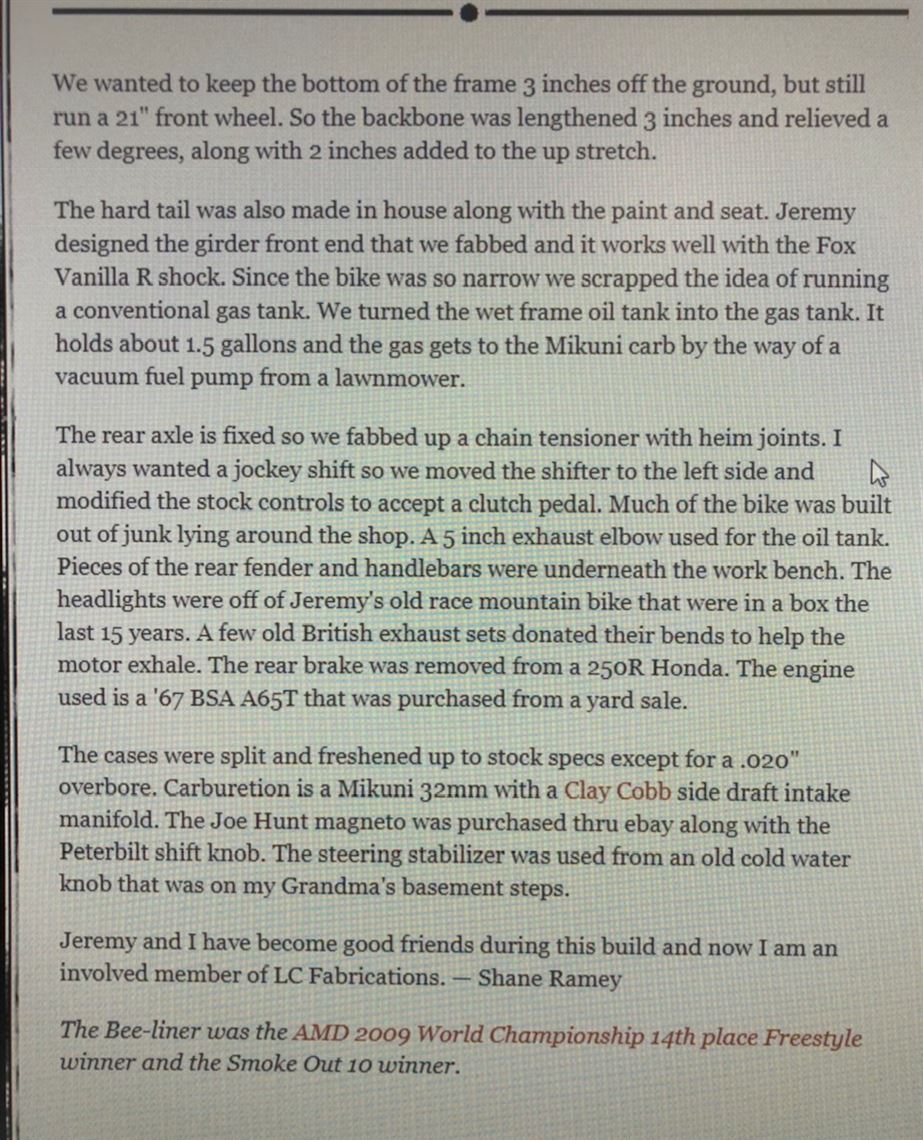 The bike is claimed to ‘run fantastic’. Components include Boyer Bransden electrics, fuel in-frame (60 miles or range), 32mm Mikuni carb, and a rear Fox shock. According to the seller, this bike was a daily rider for the previous owner during the summer. There are some paint blemishes but the overall cosmetic condition is quite good.

Head scratching projects have a way of bringing people together. This was the case with the Bee-liner. Shane Ramey planned on piecing together a simple rigid frame daily rider. He went to Jeremy for advice on building the frame. Ideas began flying around, and soon the two had a full-on build on their hands. The donor for this build came from a good friend of Shane's; a 1973 Triumph OIF. Low to the ground was the vision, so 3 inches were added to the backbone, a few degrees were relieved, and the upstretch was elevated by 2 inches. Jeremy designed the girder front end and installed a Fox Vanilla R Shock. Keeping the shape streamlined meant scrapping a conventional gas tank and utilizing the wet frame oil tank instead. The tank holds 1.5 gallons of gas, which is moved to the Mikuni carb with a vacuum fuel pump taken off a lawnmower. Shane envisioned a jockey shift, so the shifter was moved to the left side and the controls were modified accordingly. This bike is unique because it features a little bit of everything. "Much of the bike was built out of junk lying around the shop. A 5 inch exhaust elbow used for the oil tank. Pieces of the rear fender and handlebars were underneath the work bench. The headlights were off of Jeremy's old race mountain bike that were in a box the last 15 years. A few old British exhaust sets donated their bends to help the motor exhale. The rear brake was removed from a 250R Honda. The engine used is a '67 BSA A65T that was purchased from a yard sale." The red Warp 9 wheels are taken from Shane's Honda dirt bike and the steer stabilizer was  an old cold water knob found on his grandmother's basement steps. The Bee-liner placed 14th freestyle at the AMD World Championship and took home 1st at Smoke Out 10. Shane and Jeremy became good friends during the construction of the Bee-liner, which is perhaps the greatest award that a bike could receive.

A unique opportunity to purchase a trio of very special, world-class BMW M3s.