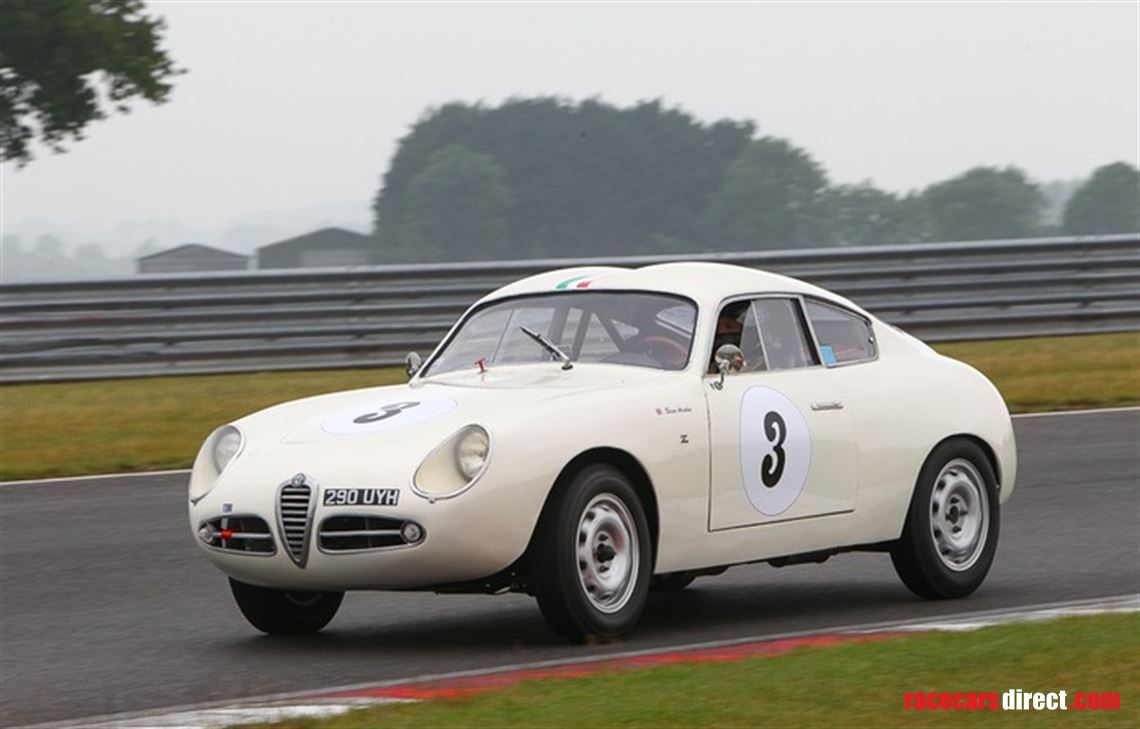 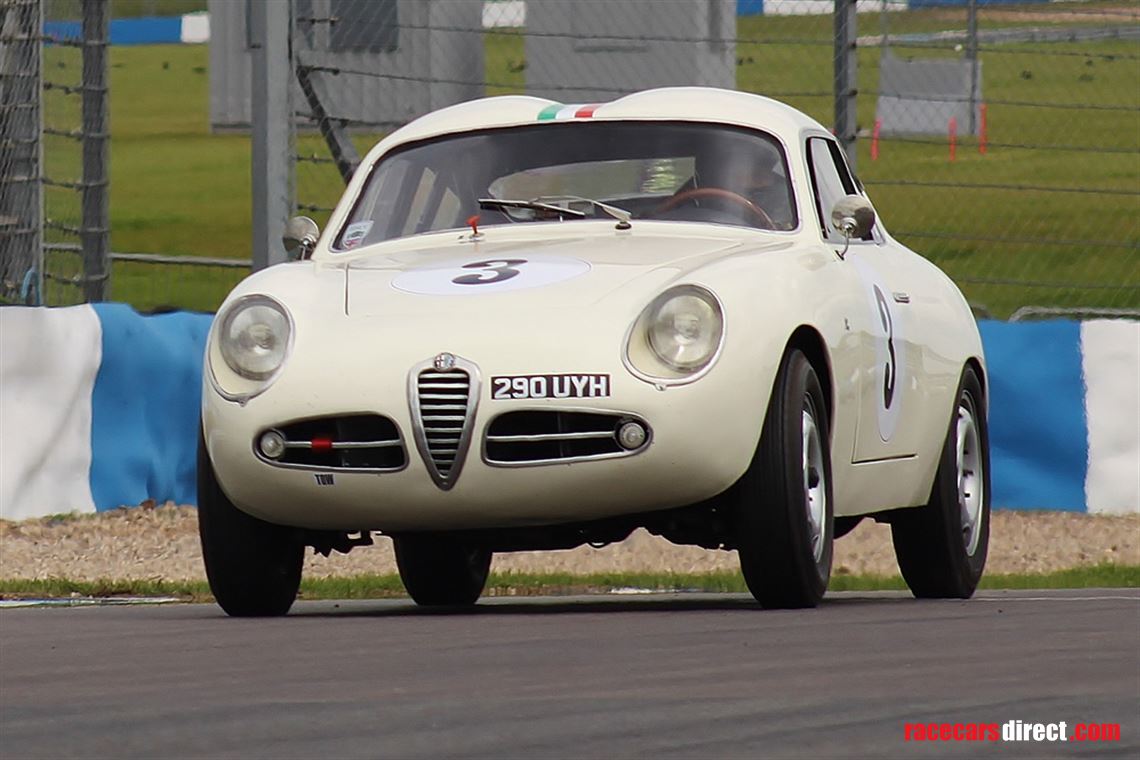 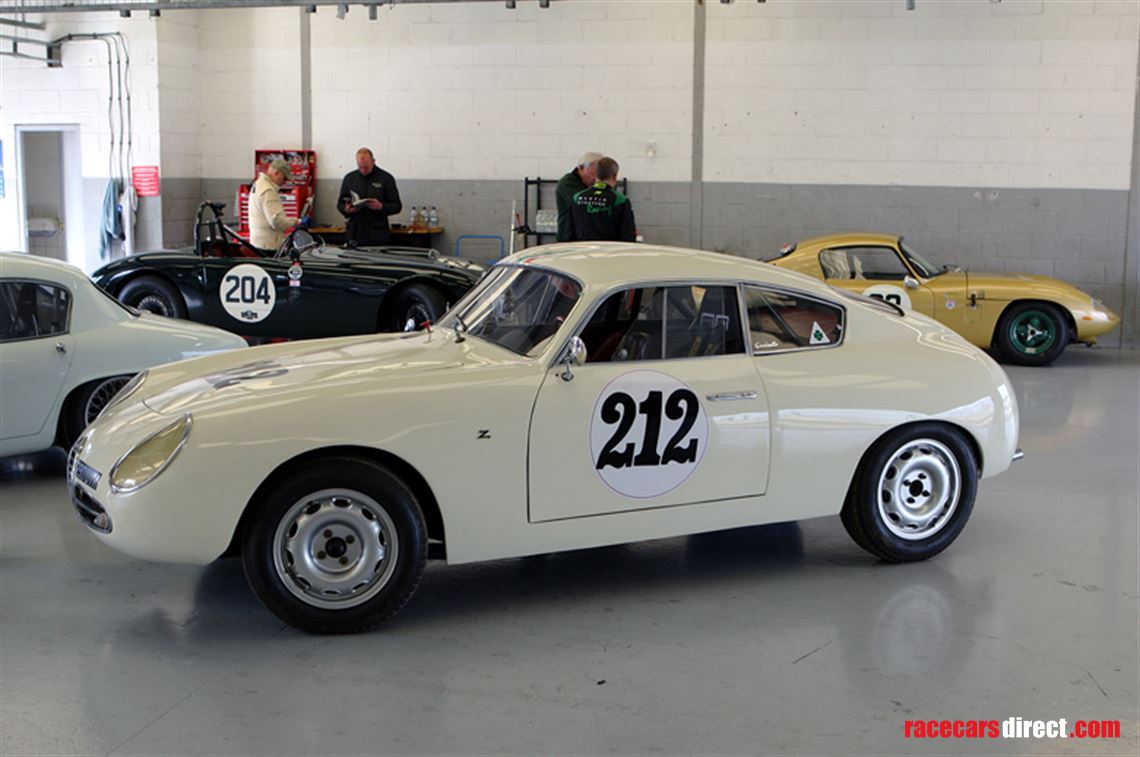 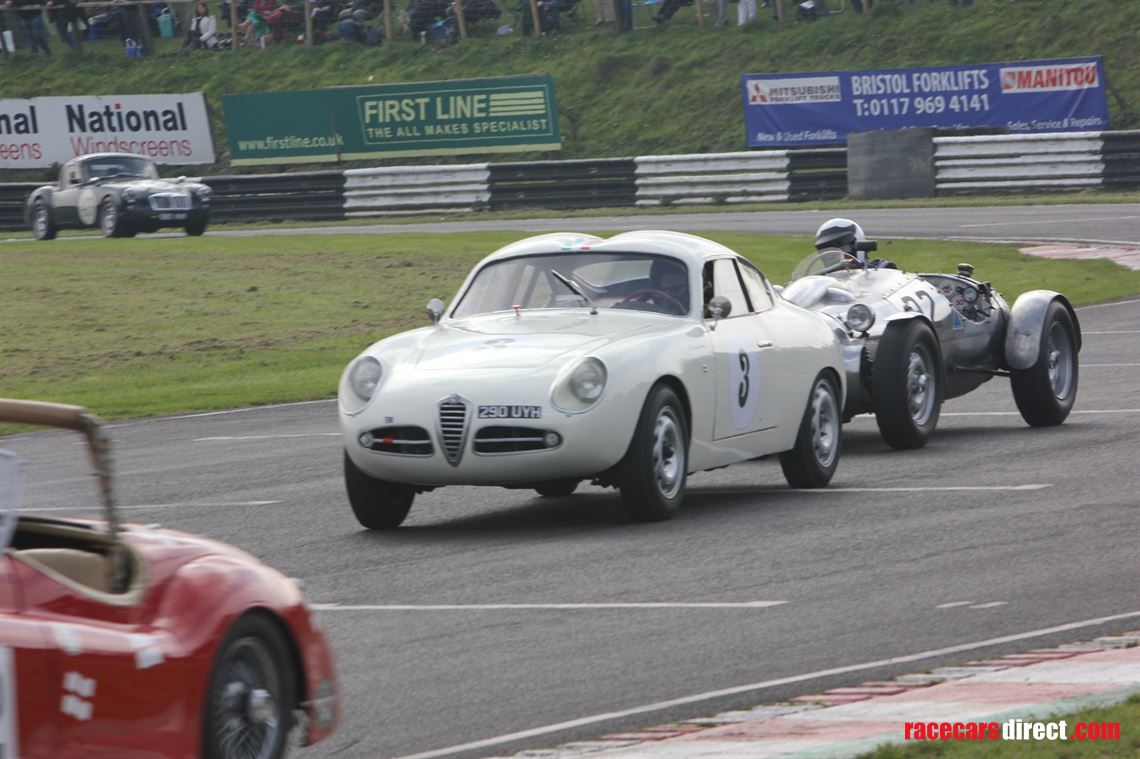 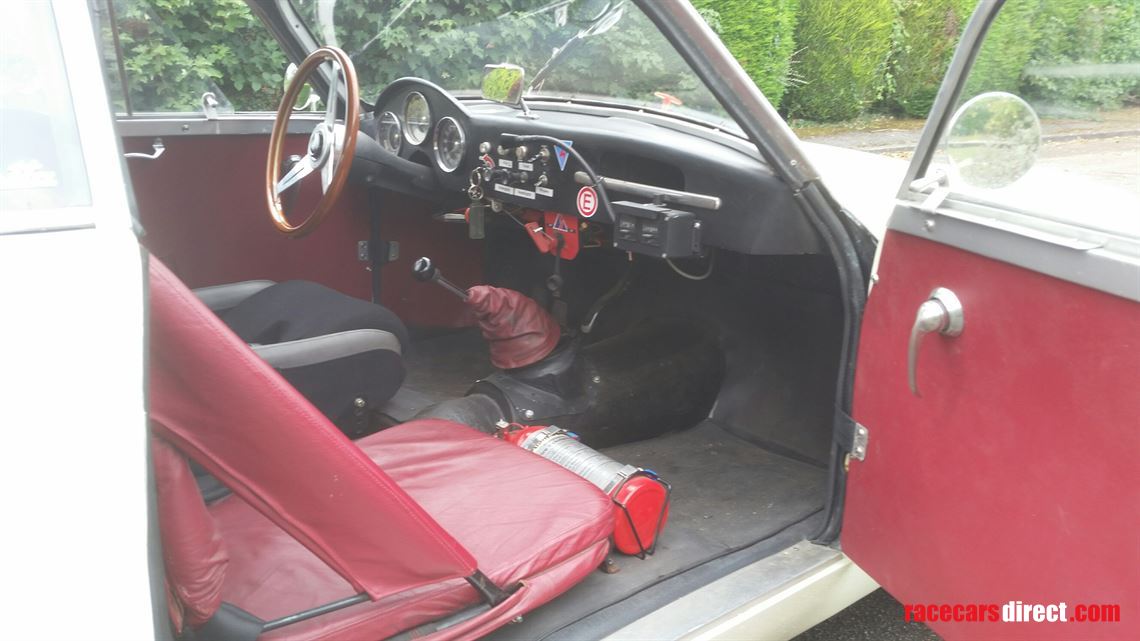 The Giulietta SVZ was never an officially designated model by Alfa as the cars resulted from re-bodying a 750 series Giulietta Sprint Coupe.

The first one came about when an Italian racing driver took his 4 day old Giulietta Sprint Veloce on the 1956 Mille Miglia and promptly crashed into a ravine during horrendous weather.  Probably quite embarrassed by this event, he chose not to take it back to Alfa but approached Signor Zagato to replace the body work with lightweight aluminium in a slightly more aerodynamic form.  Being significantly lighter than the standard cars, this particular “SVZ” started beating the factory cars and some other enterprising owners asked Zagato (and other similar shops) to convert their own cars, each one being tailored to the owners wishes and therefore all are different in detail.

An Alfa Romeo SVZ appeared in the 1957 Mille Miglia and thus the model appears on the list of eligible vehicles for the Mille Miglia Retrospective.  One also ran at LeMans in period and is therefore eligible for the LeMans Classic.

This car has recently issued FIA HTP papers which are valid until 2028.  It has raced in the UK in 1950s Sportscar Racing and always attracts lots of attention in the paddock.  Before arriving in the UK, it was rallied in Portugal with a 1750 engine installed.  It is now running a proper full race 1300cc engine as required.

The car’s early history is not clear other than it was originally delivered to Switzerland and subsequently returned to Italy when it is understood that it was re-bodied although when this took place is not known but was certainly not recently.

Not to be confused with the Alfa SZ which was an official model from the manufacturer, but these came later and will not get you into the Mille Miglia.

Would consider an interesting classic roadcar in part exchange – particularly anything Lotus.  Please call for a chat

refresh, ready to an engine

A remarkable motorcar built with fastidious attention to detail