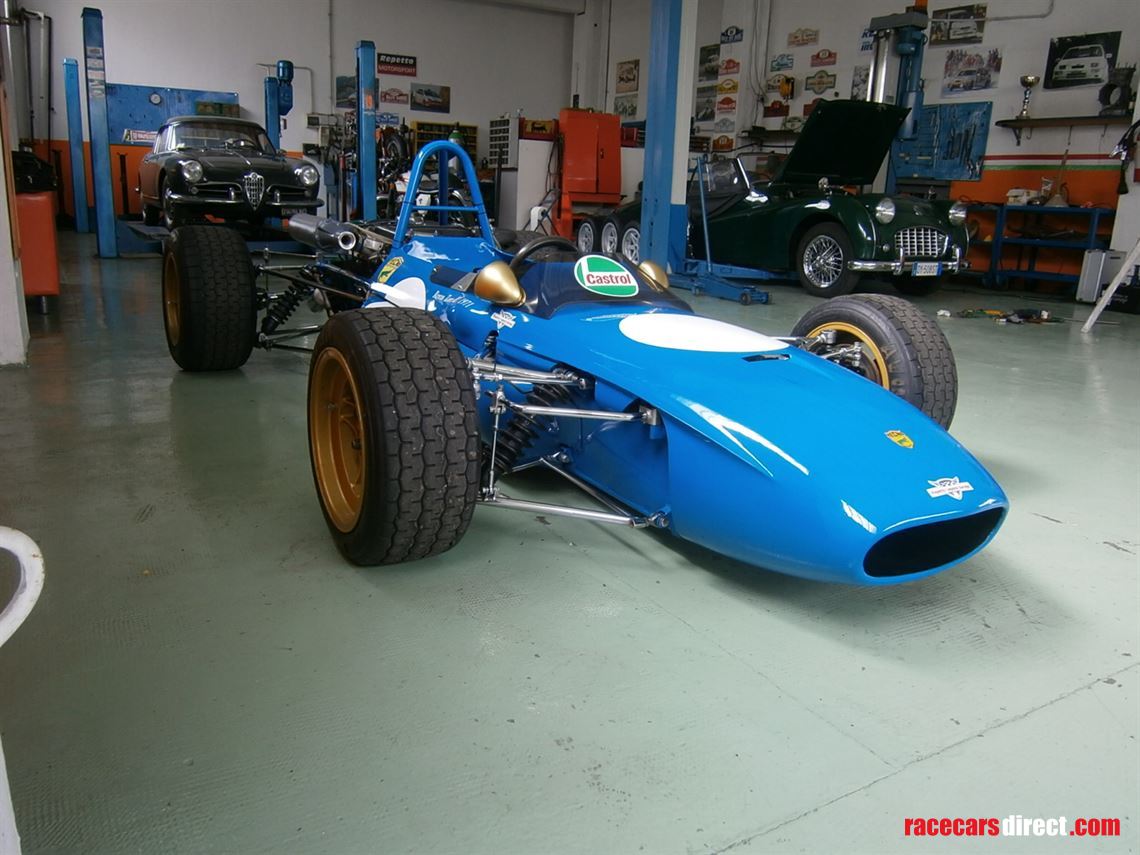 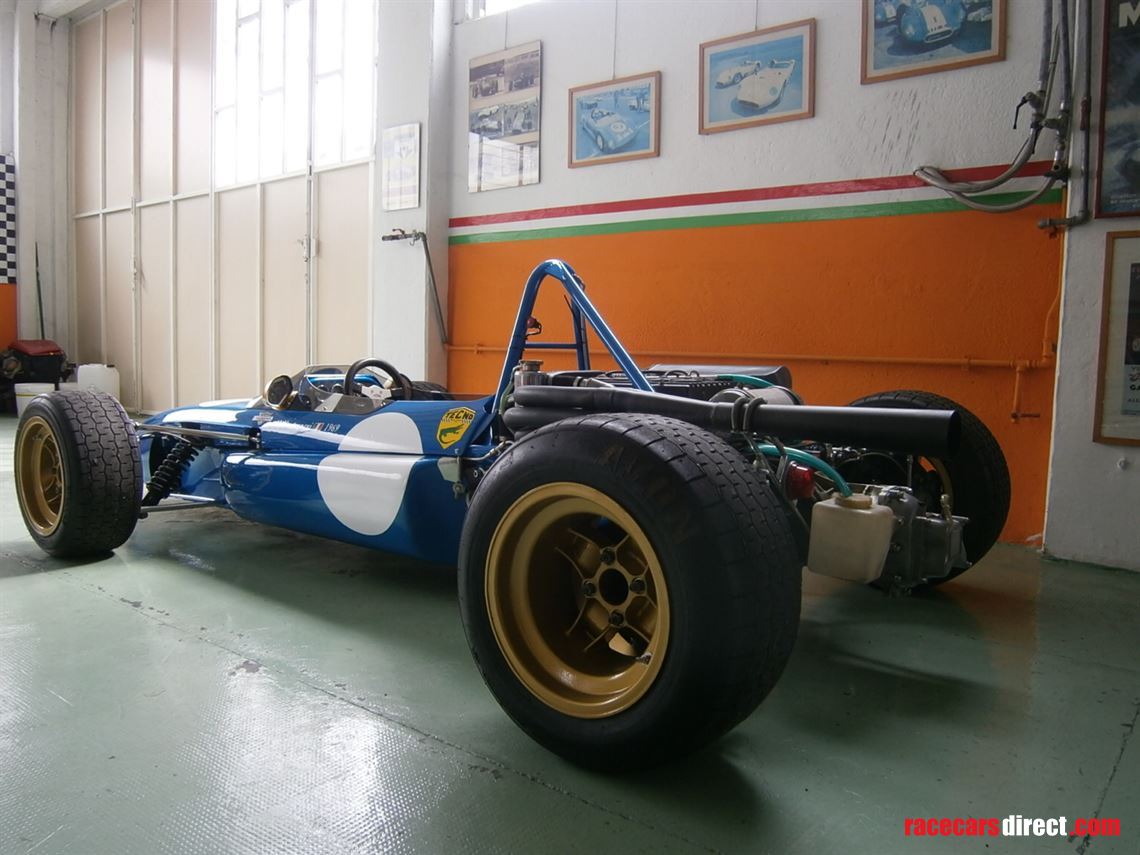 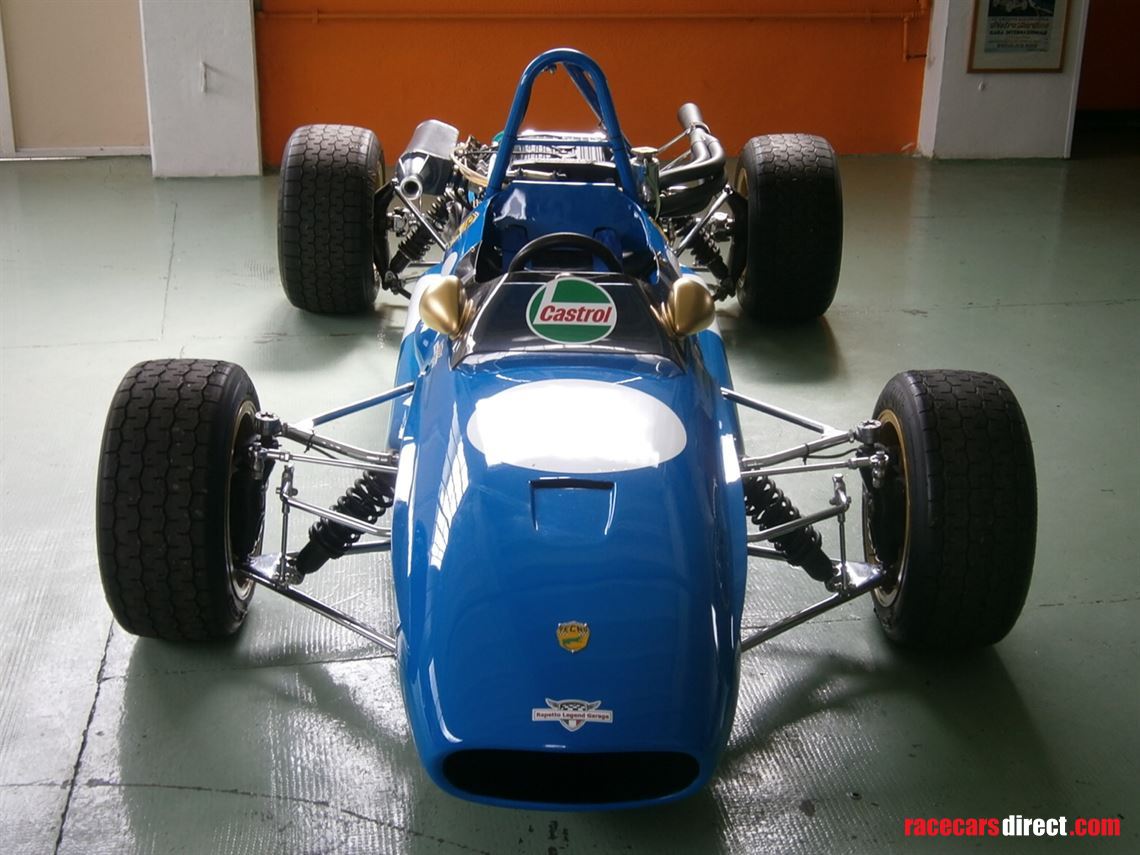 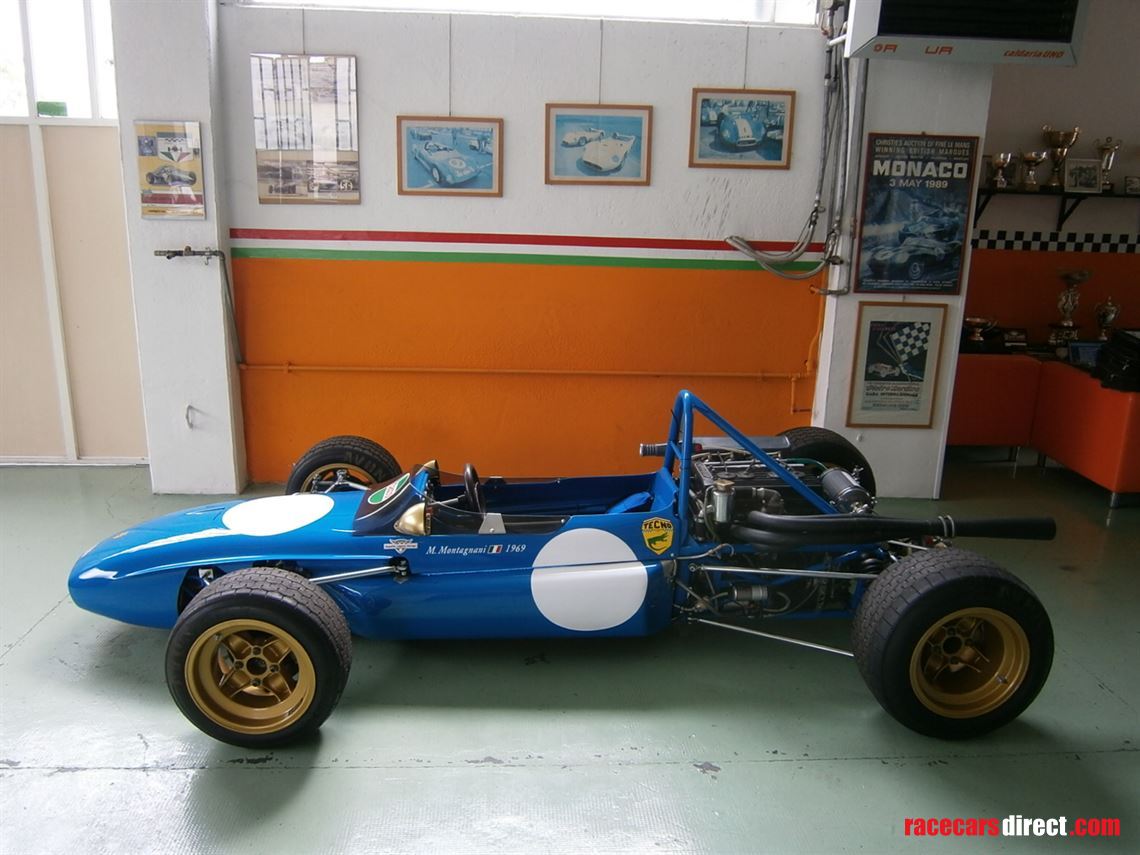 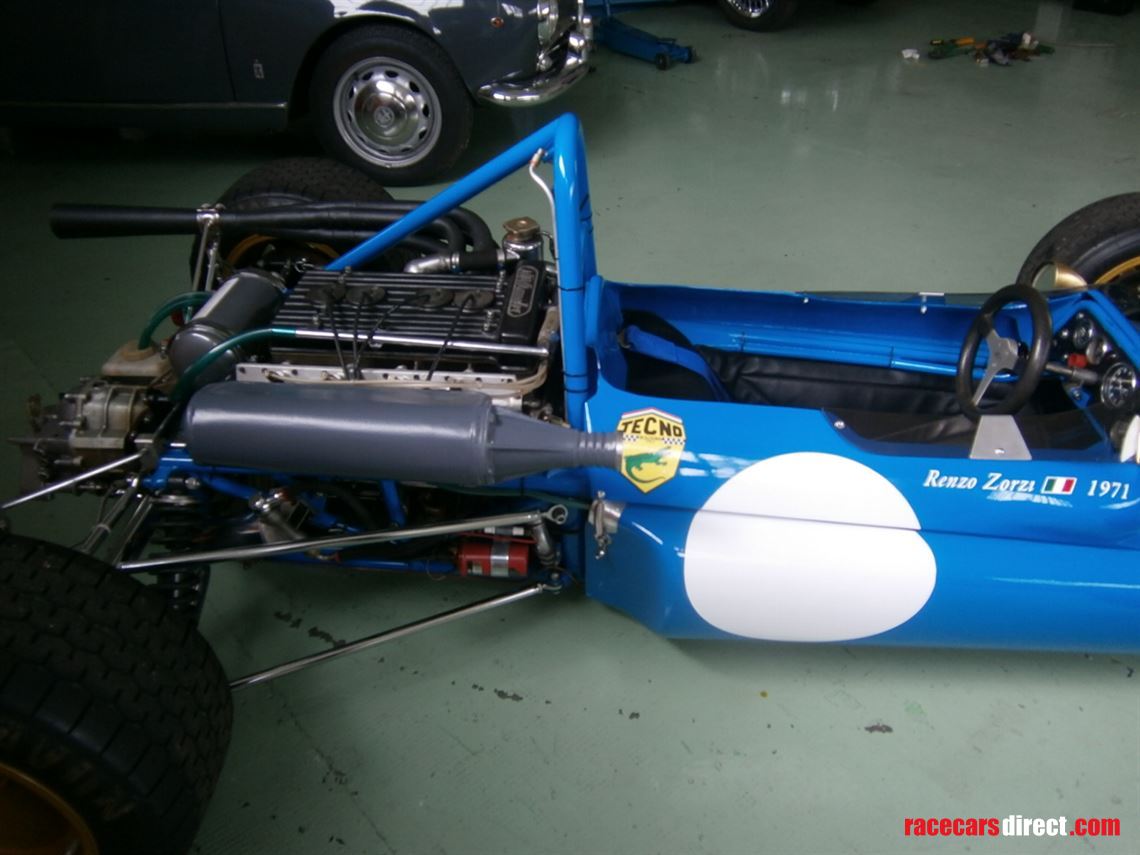 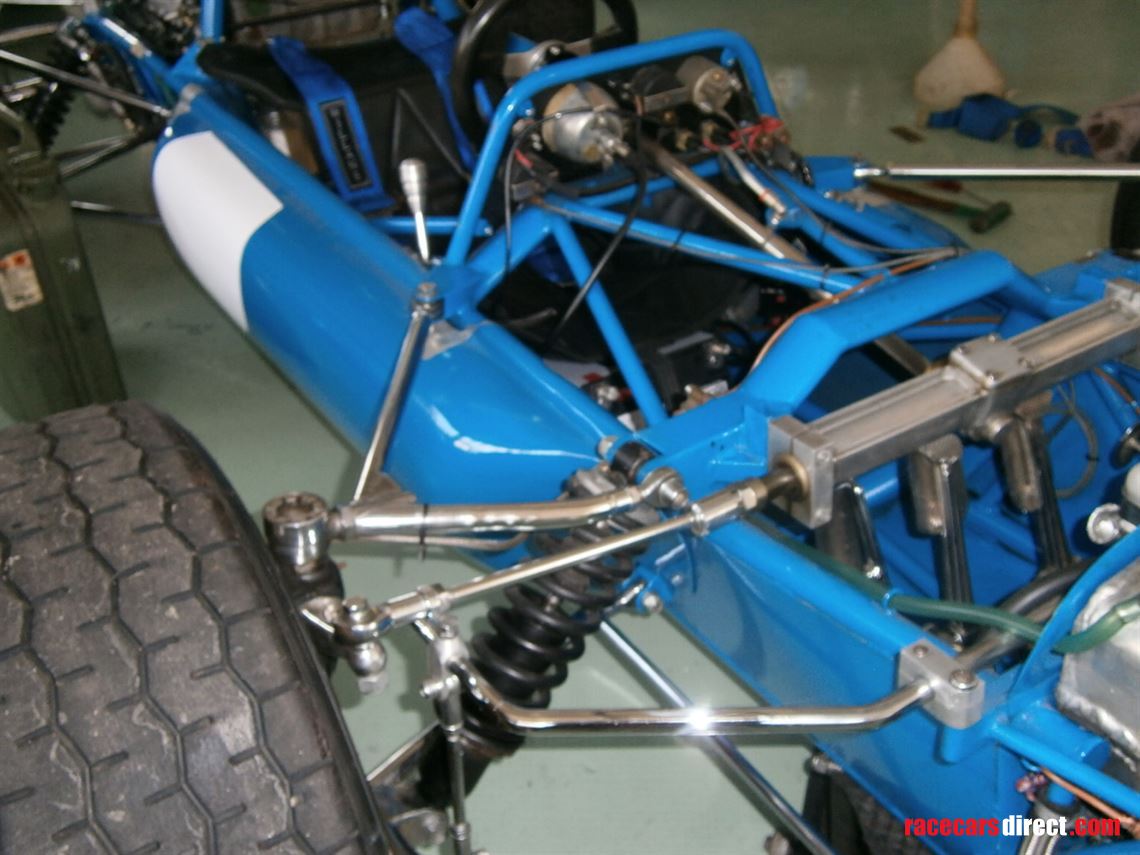 Tecno has dominated the Formula 3 races in the category in Italy
and in France in the years 1968-69-70.
It has won four Italian championships from 1968 to 1971, 2 Championships in France
and 2 times the G.P. F3 of Monaco in 1968 with Jean Pierre and Jassaud
in 1969 with Ronnie Peterson.
This is perhaps one of the most 'beautiful on the market, restored
so manic by a famous Italian specialist.
It 's the car ex Maurizio Montagnani, a fast Italian rider
He raced with this car in 1969-70 with the Ford engine 1000 cc. MAE
getting good results and always finishing in the top.
In 1971 the 'car was purchased from Scuderia Mirabella Mille Miglia in Brescia.
The FIA in the 'year 1971 has changed the regulation, increasing cylinder capacity engine
1000 cc. to  1600 cc.
The car has been fitted with a new engine Ford Novamotor 1600 cc, and
It continued to race with other drivers including Renzo Zorzi in 1972.
Cars with certificate of origin of Tecno era, old fische FIA
1997 new HTP in February 2009 and other original documentation of 'era.
After the restoration in 2008, the car has only participated in the demonstration
Vernasca Silver Flag in 2009.

I SELL SPARE PARTS IN EXCELLENT CONDITIONS AND NEW

2015 Ginetta G40 - Road Legal - A great fun, entry-level racer that you can drive to and from the circuit.