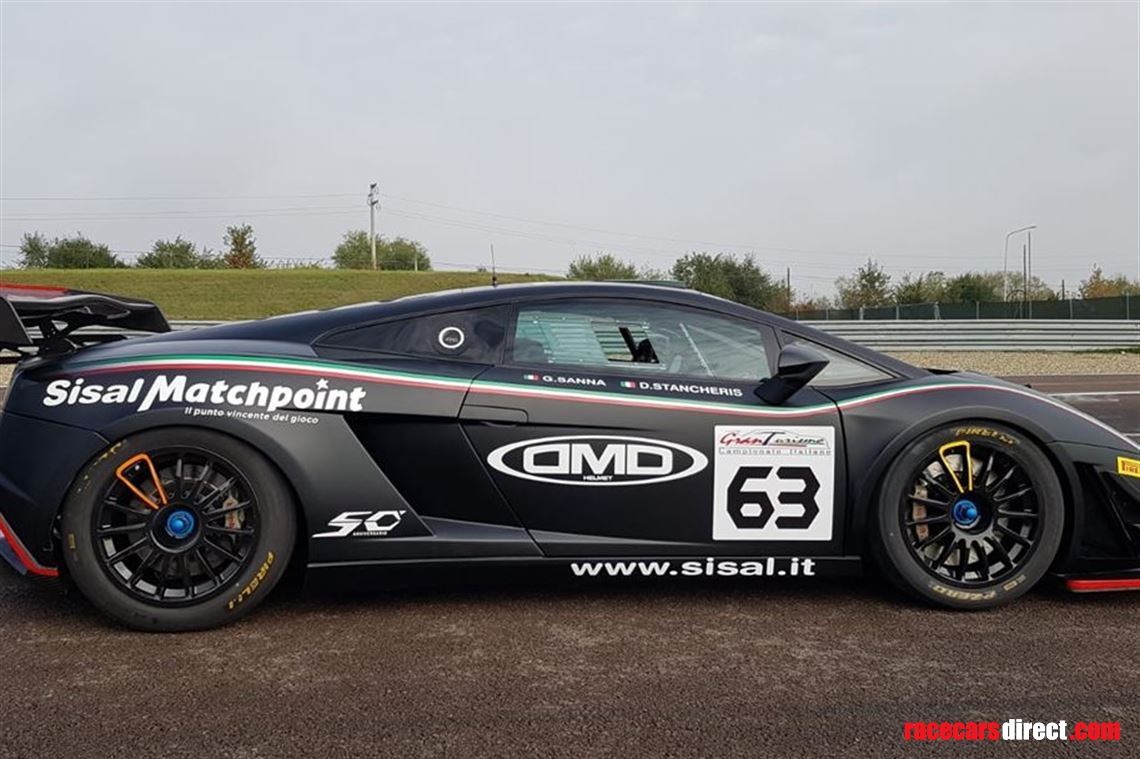 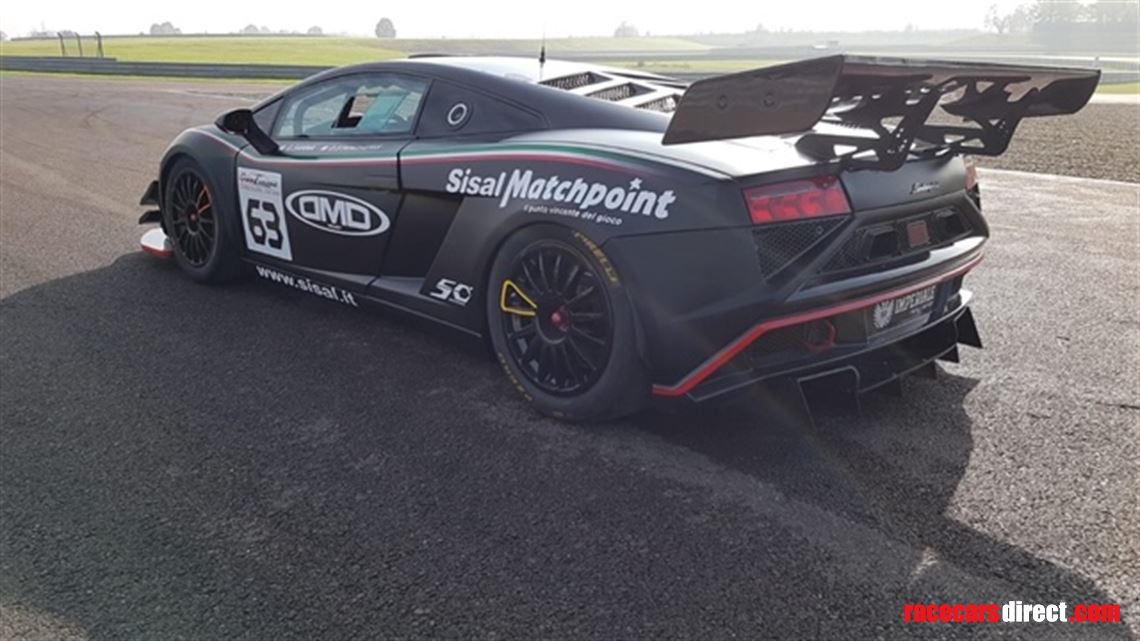 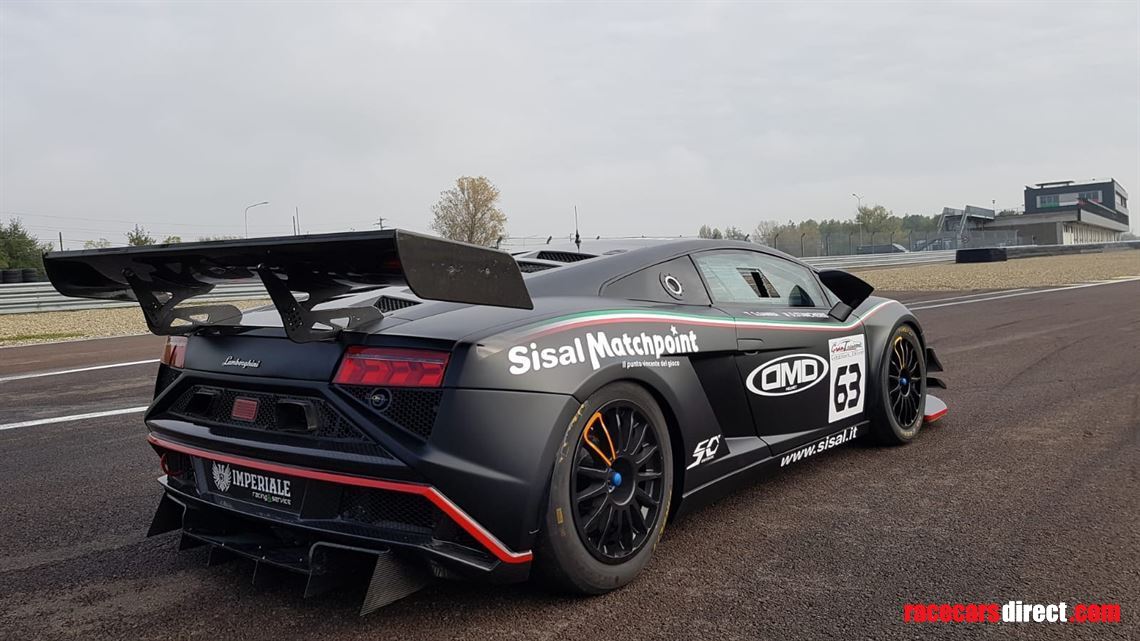 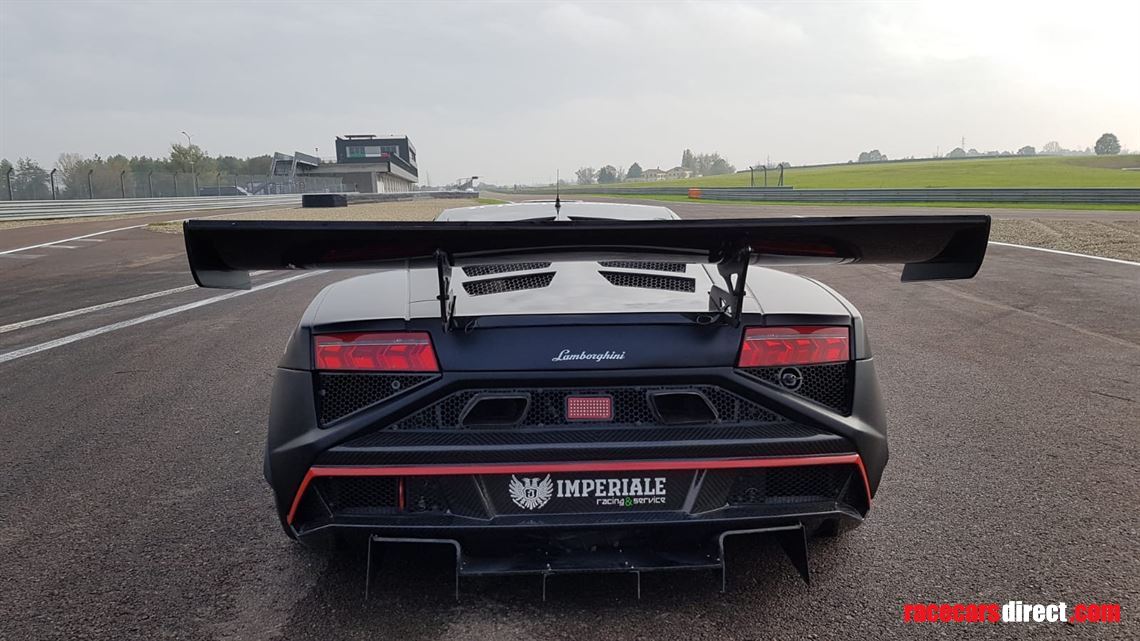 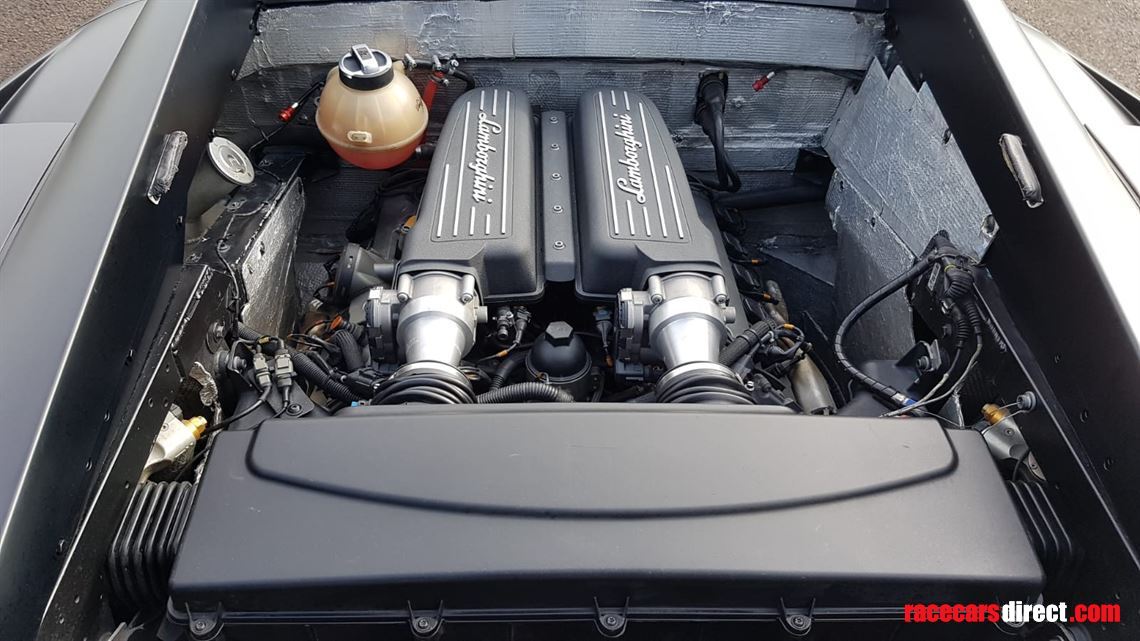 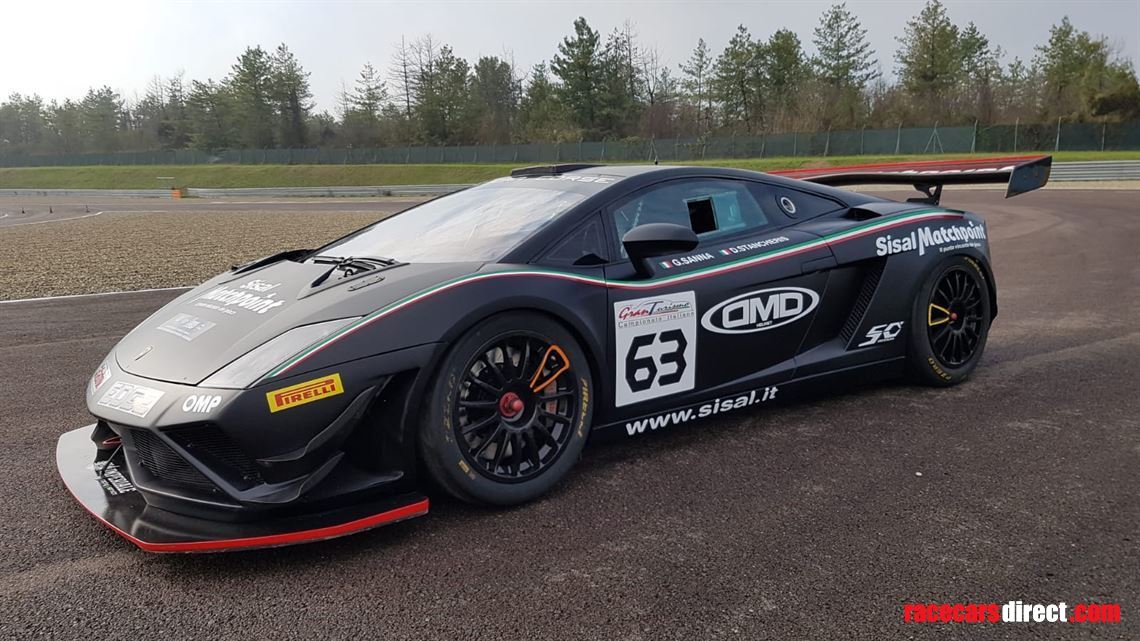 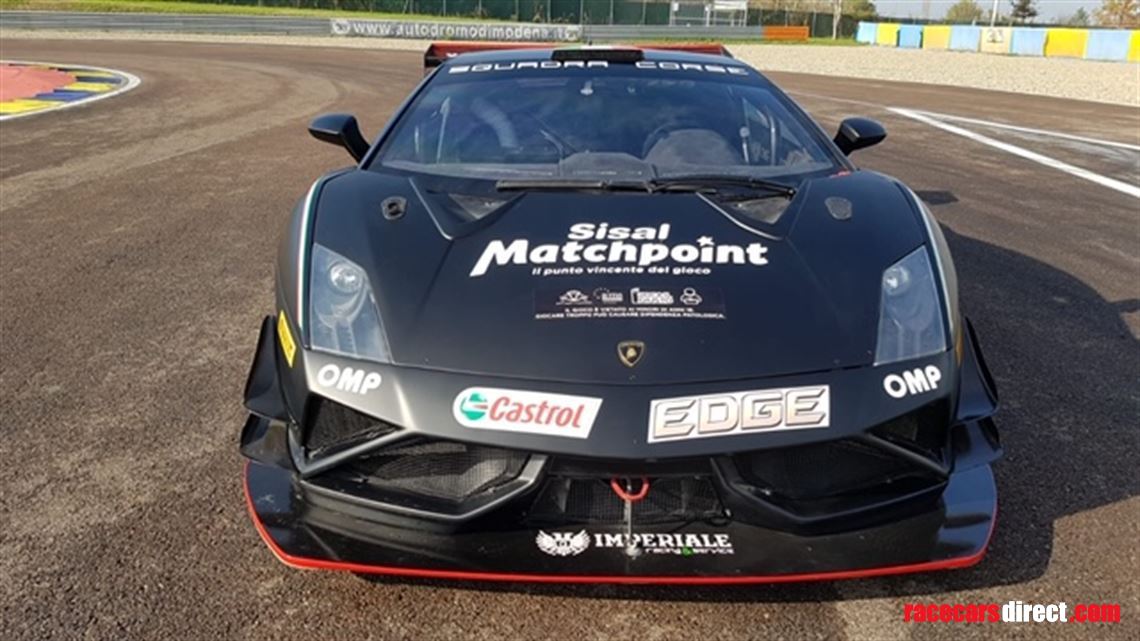 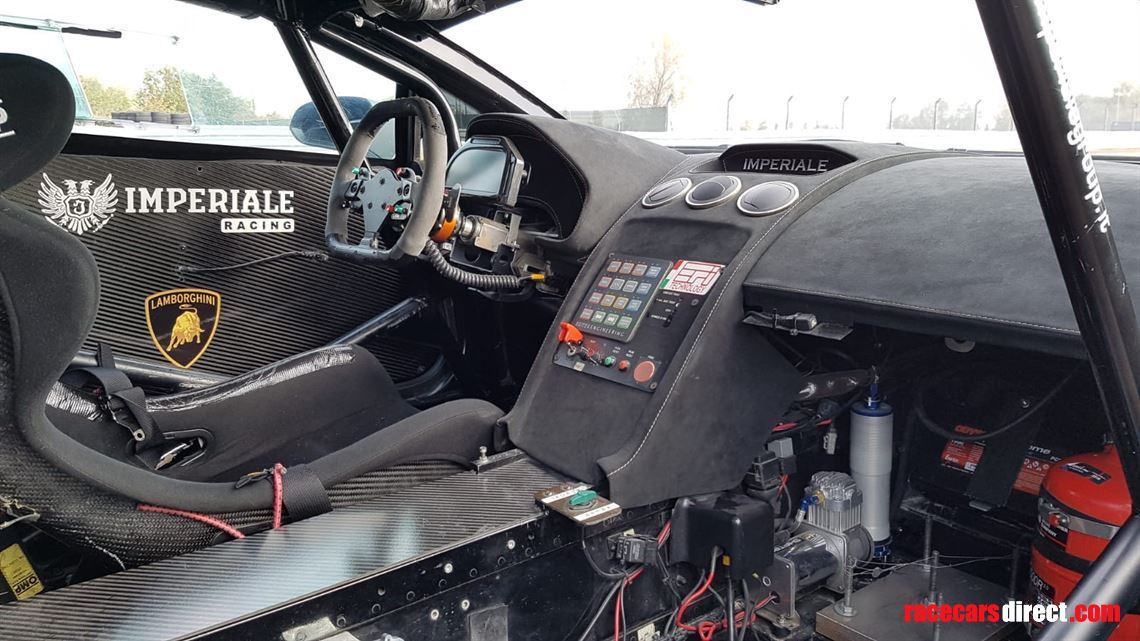 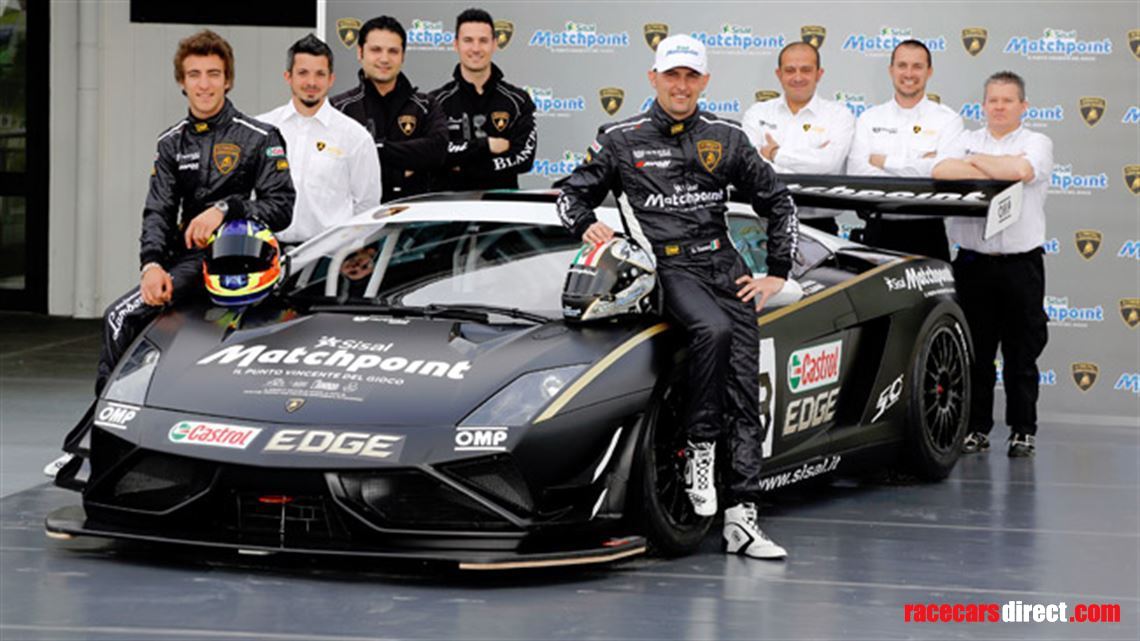 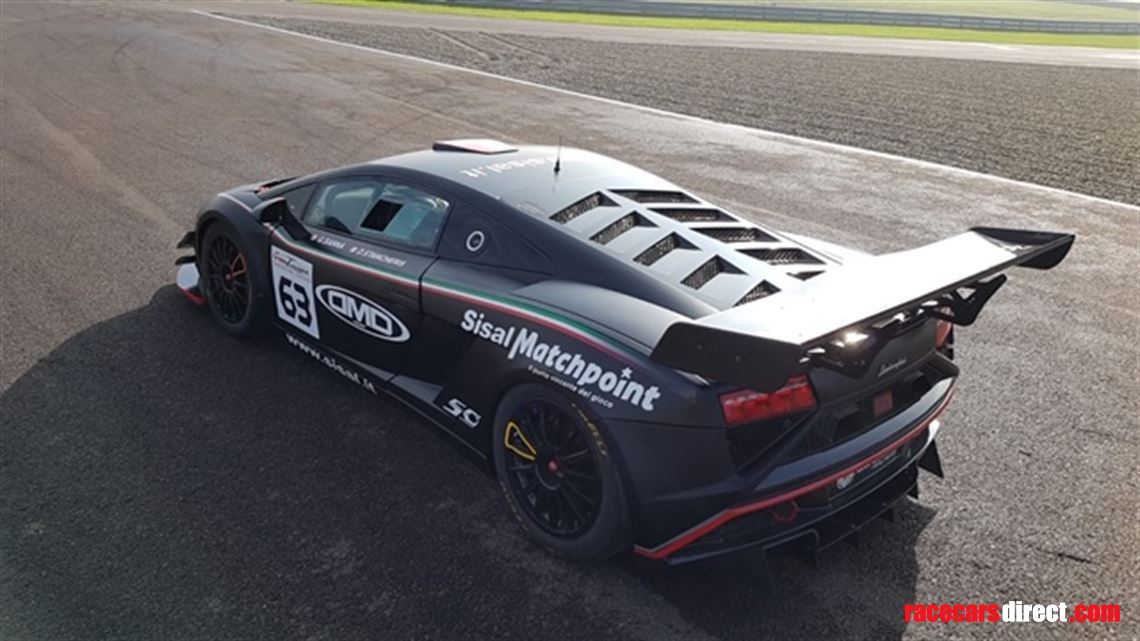 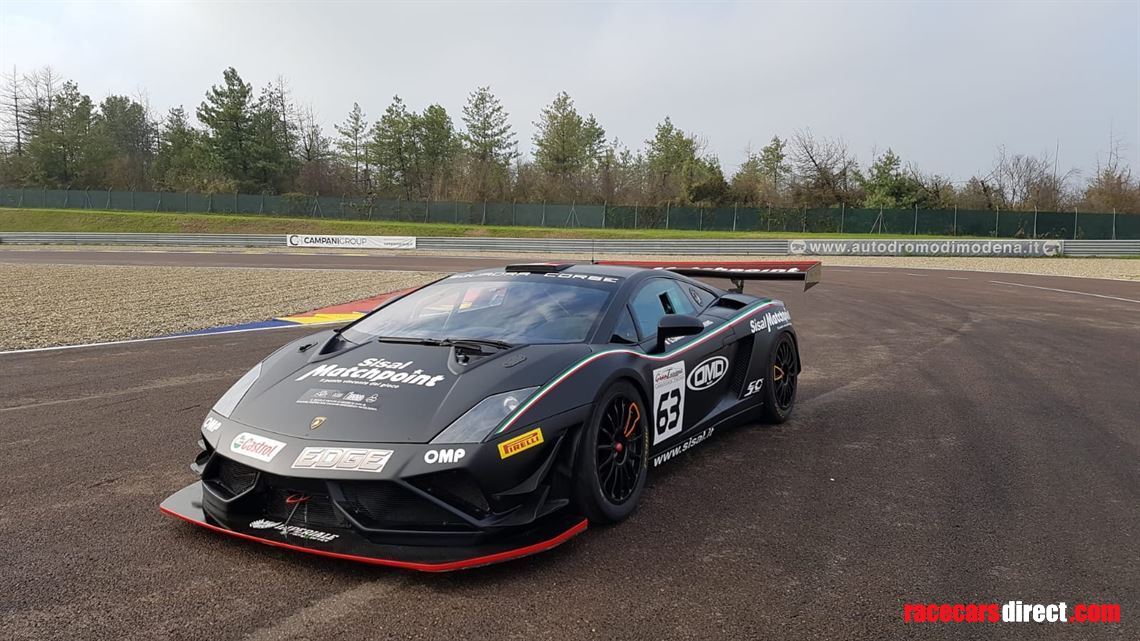 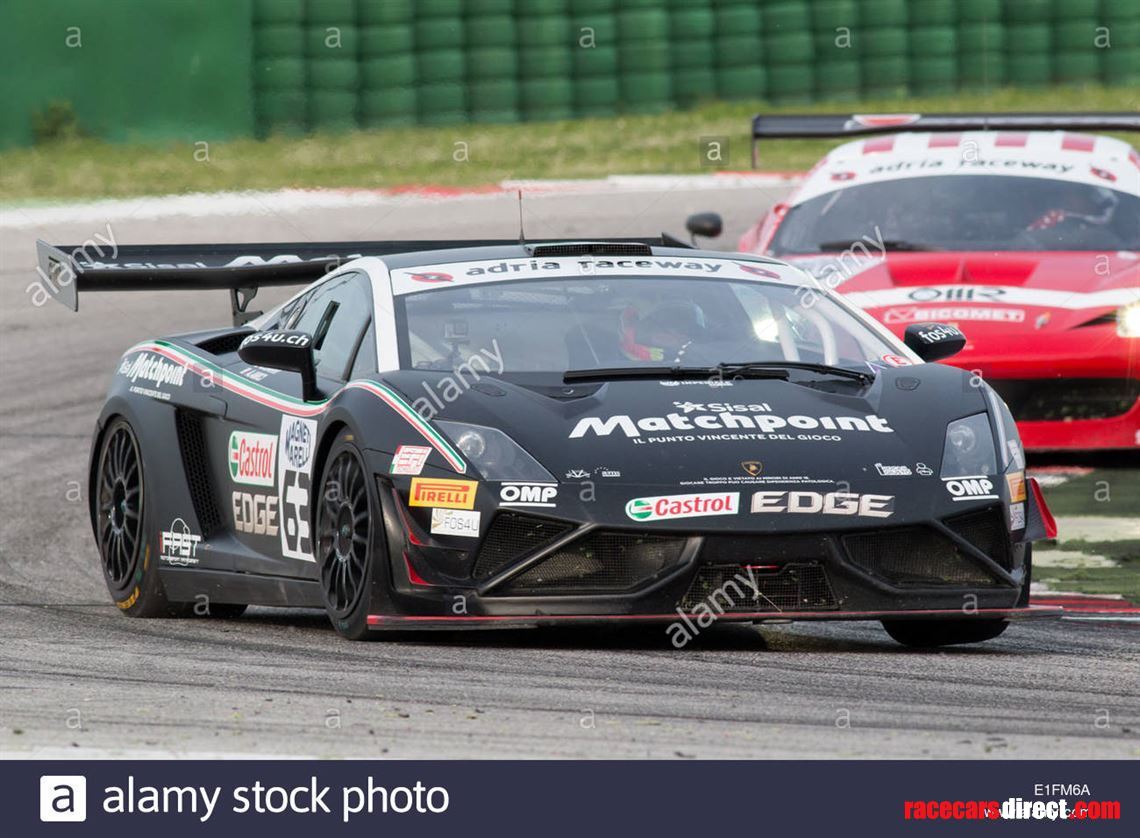 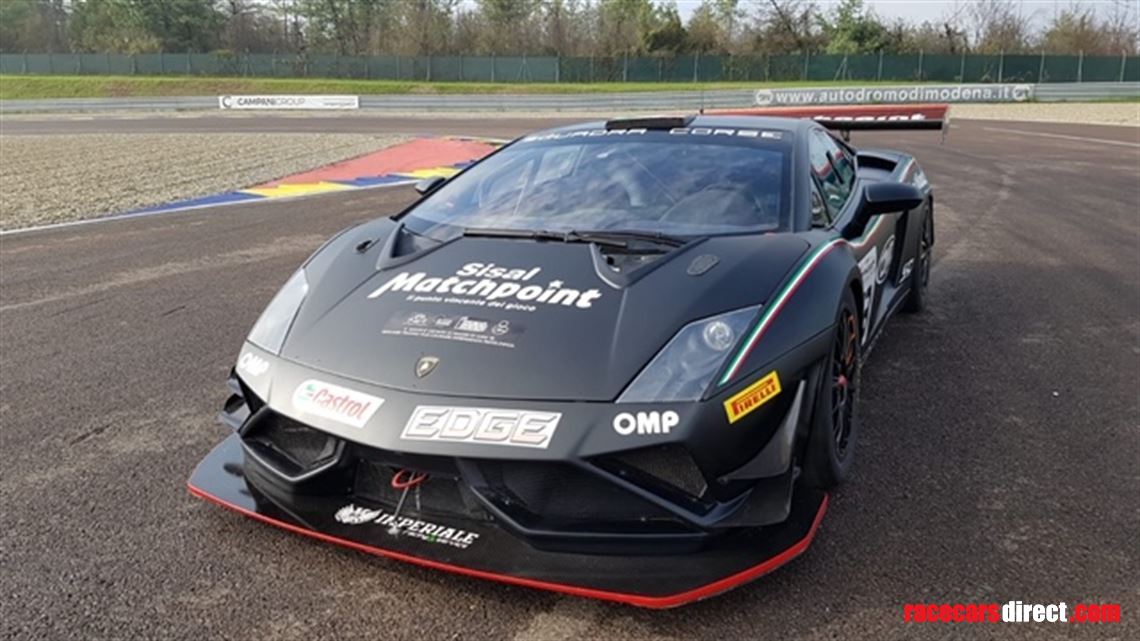 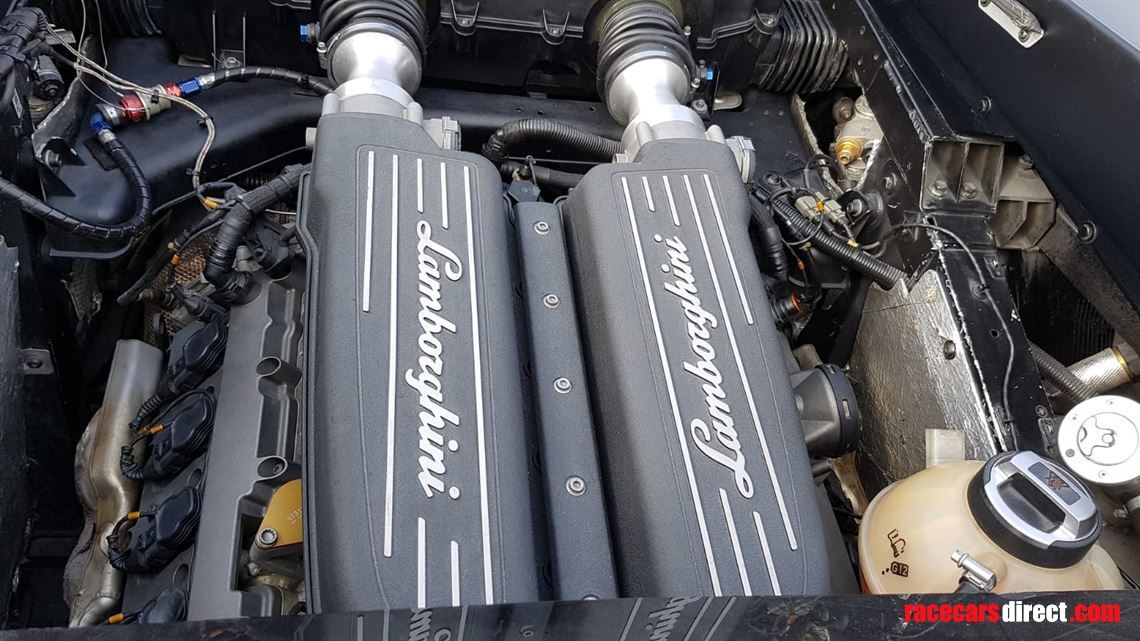 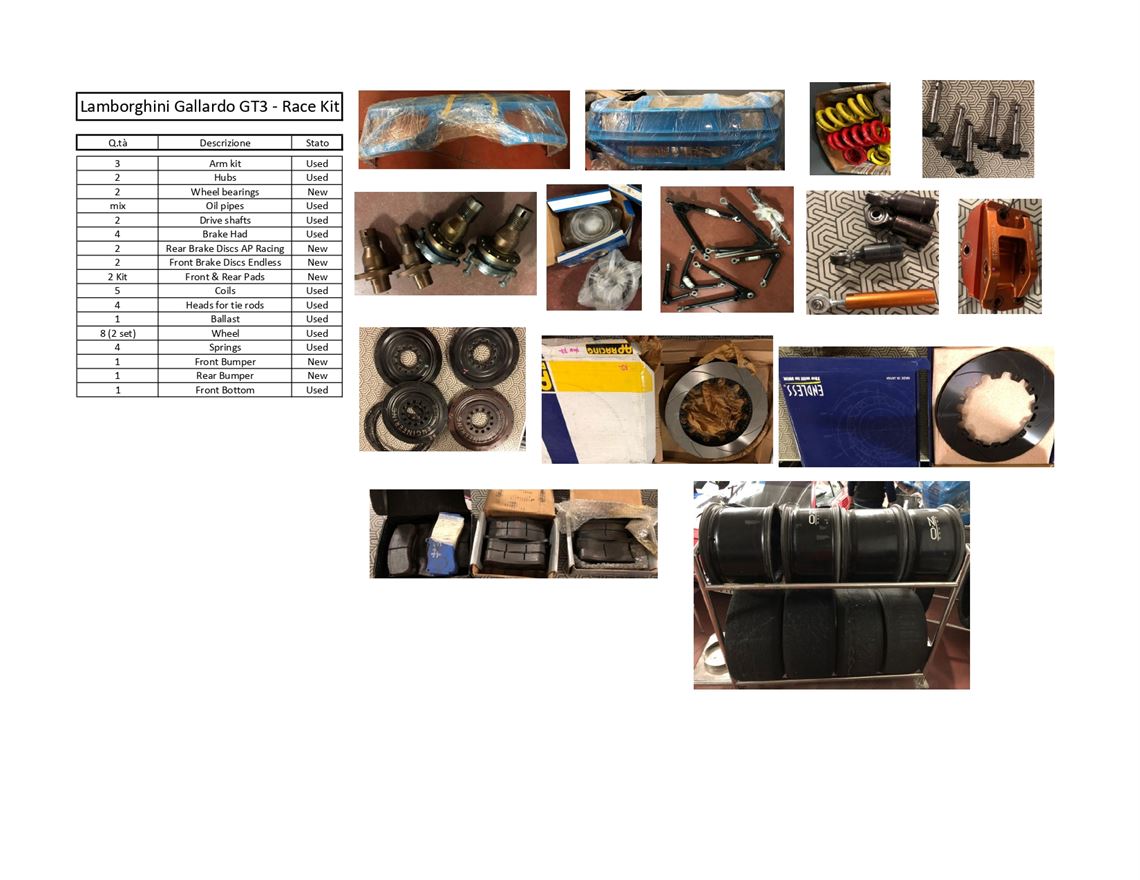 Included in the package there's a Race Kit with many spare parts. Check photo for details.

In 2013 the car Was lead by Giorgio Sanna and Giacomo Barri in the italian Gt Series they finished with a victory at Vallelunga Round and a third place at Misano Round.

In 2014 the car Was lead by Andrea Amici and Giacomo Barri in the italian Gt Series.

From the race of Le Castellet Amici was replaced with the official Lamborghini Academy Driver Mirko Bortolotti and from there they obtained 2 victories and 2 third places in Misano,Le Castellet and Vallelunga rounds.

The livery of the car is that of the 6H of Vallelunga 2013 where D.Stancheris has partnered with G.Sanna

The car is delivered with all the documentation that states what is written above and with 2 sets of wheels and 3 sets of tires (rain + slick).Many bodywork and mechanical spareparts supplied!