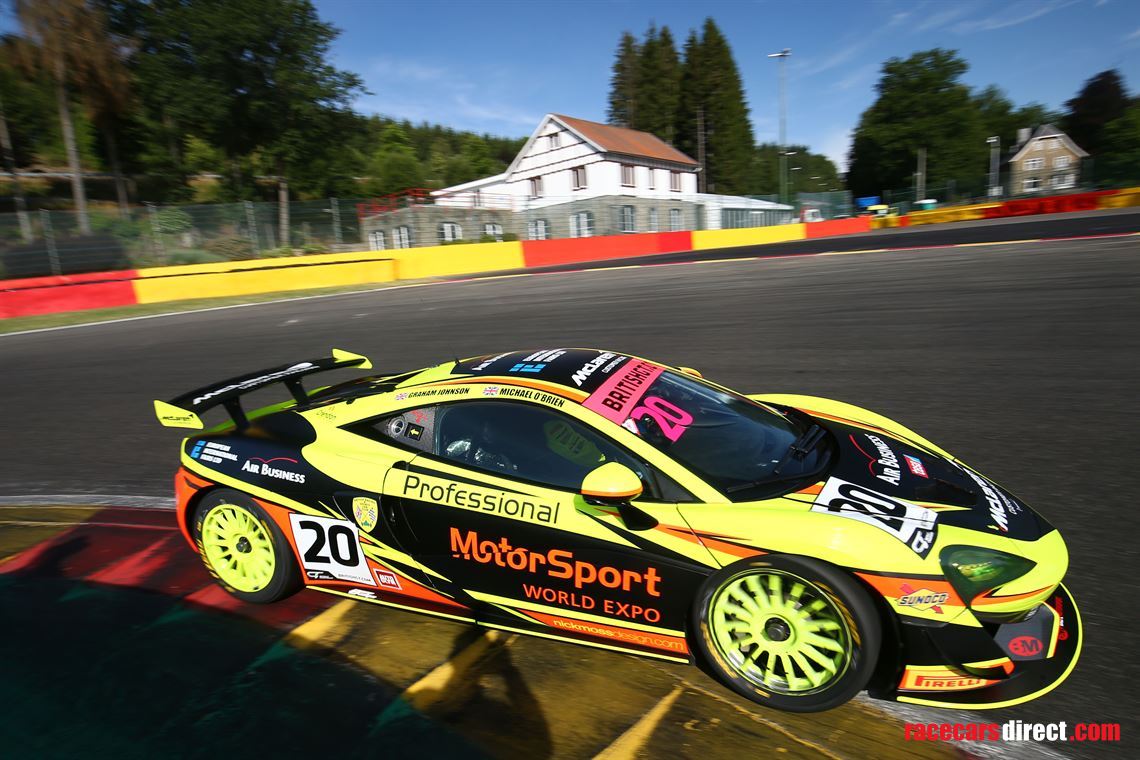 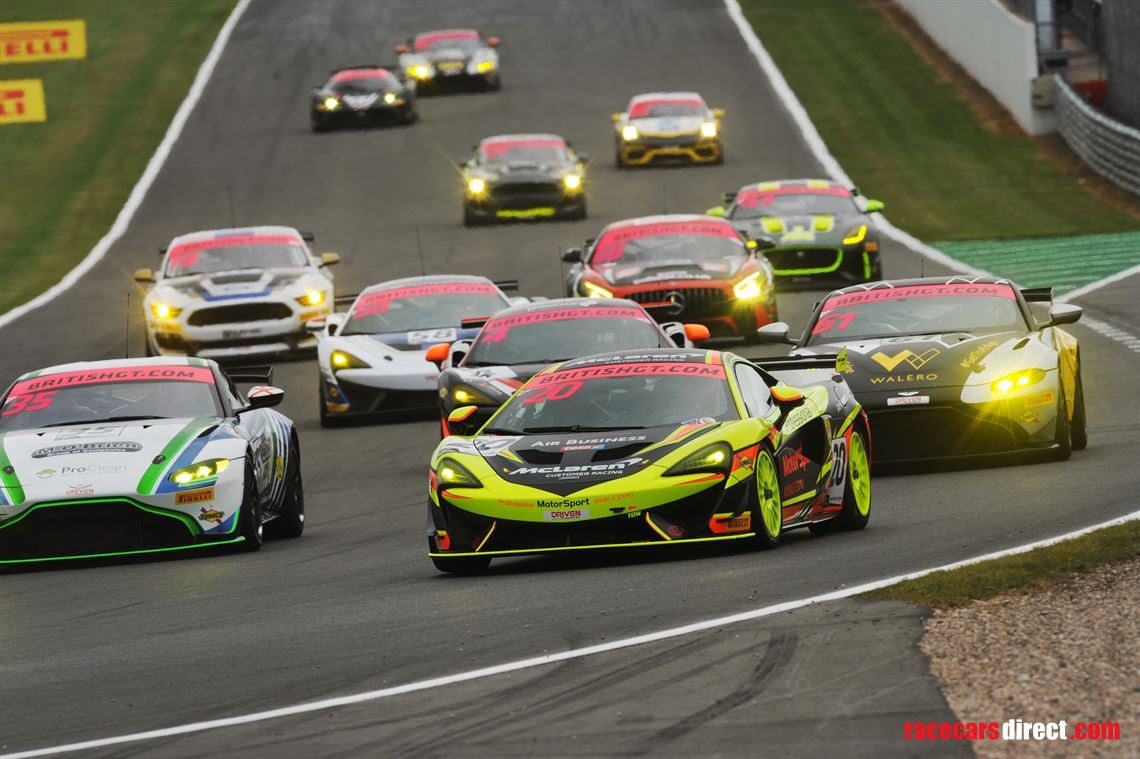 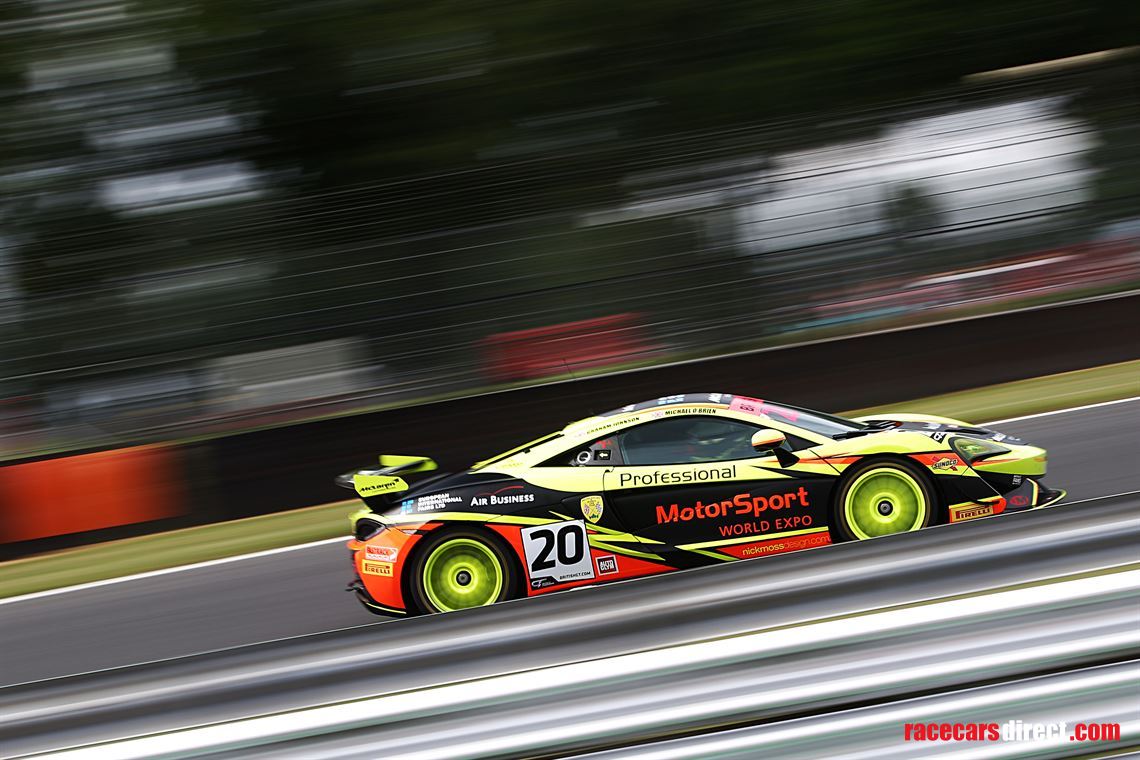 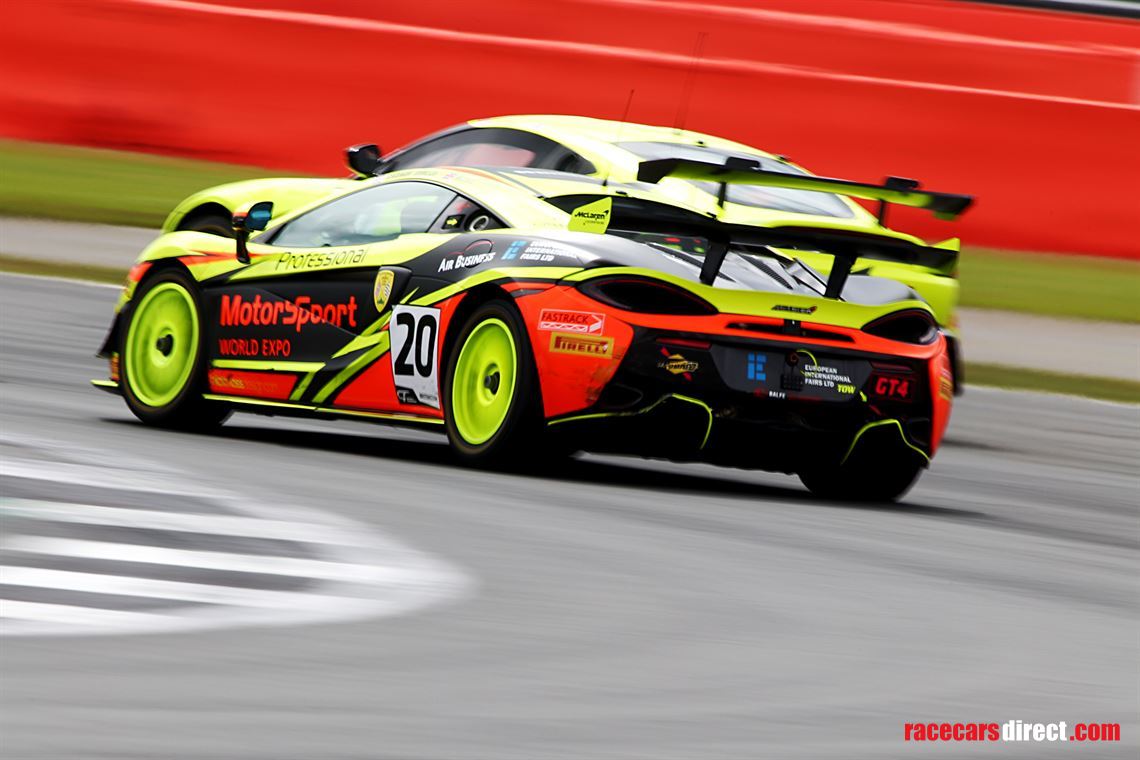 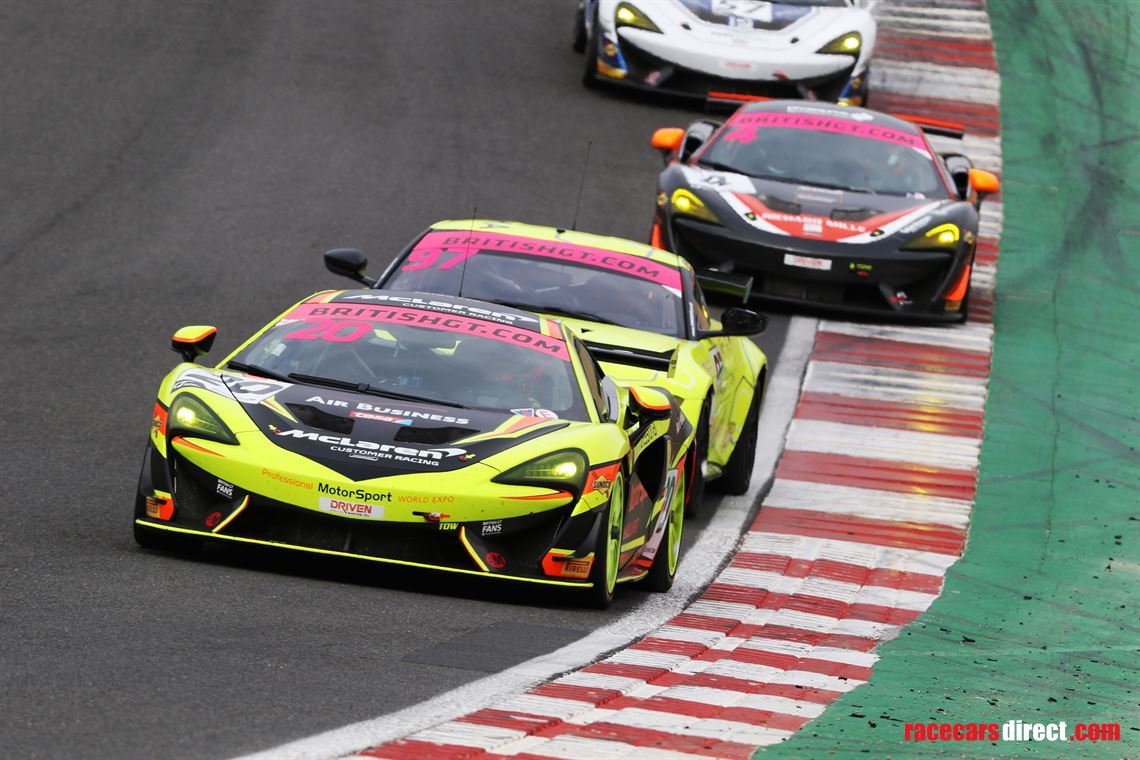 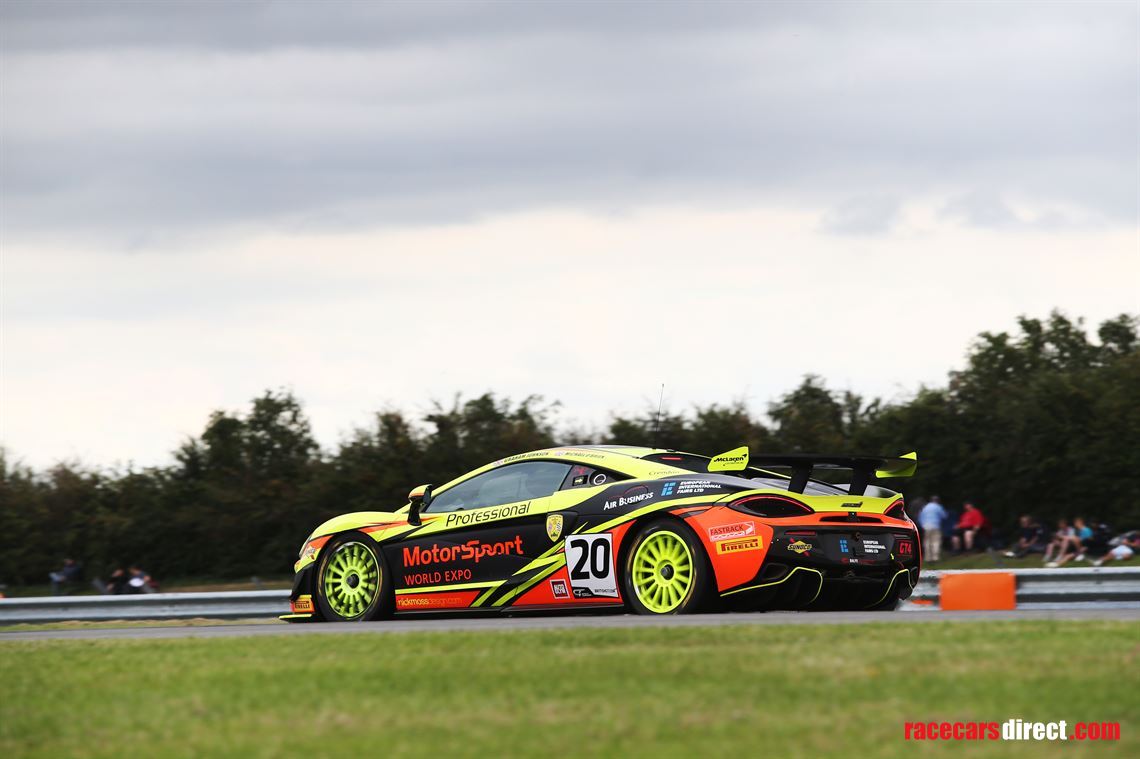 Maintained by Balfe Motorsport to the highest standard with no expense spared, and driven by 2016 British GT4 Champions Graham Johnson and Mike Robinson, and latterly by McLaren Young Professional Michael O'Brien with Graham Johnson, this car has won two British GT4 races outright and the 2017 Pro-Am Championship (it also finished second overall in 2017). The vehicle also had two Pro-Am wins along with three further podiums.

The car, which was built in June 2017, has numerous very low-mileage components and has proved extremely reliable. The gearbox was new at the start of the season, while the engine has covered just over 10,000km.

This GT4 car has never been crashed. All the body panels are straight and the car is absolutely ready to race.

Probably the best GT4 McLaren in the world! Freshly repainted and looking beautiful! 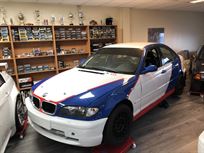