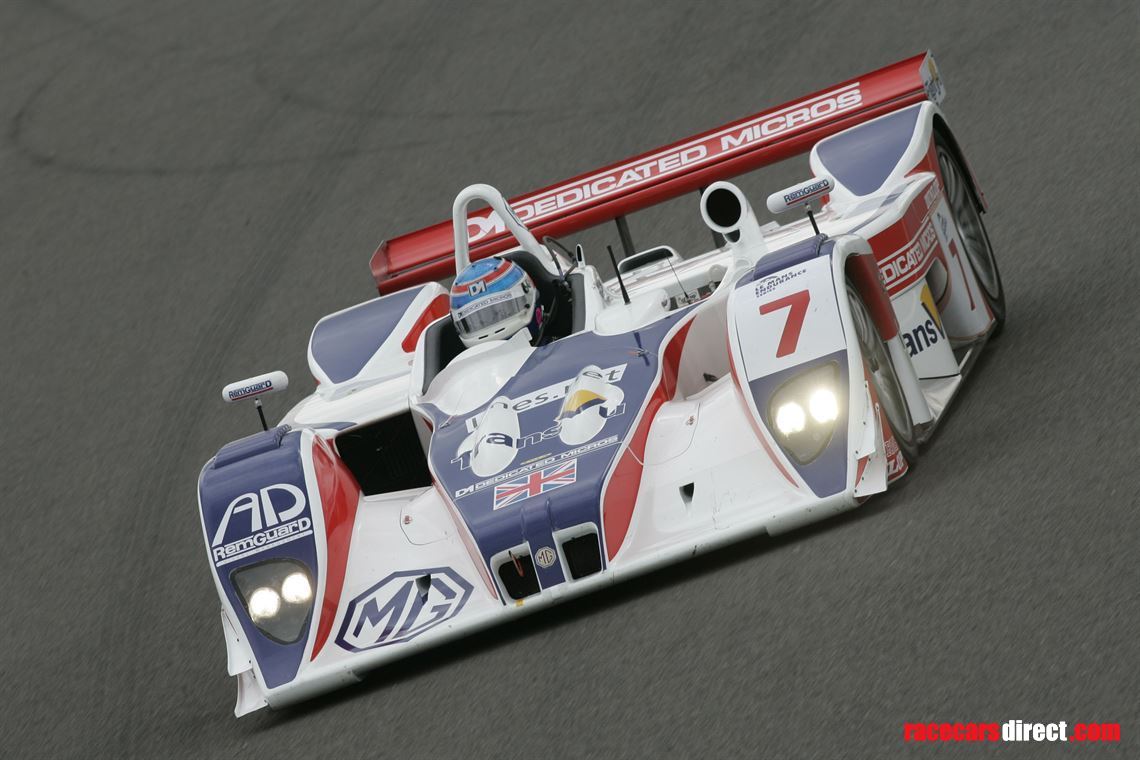 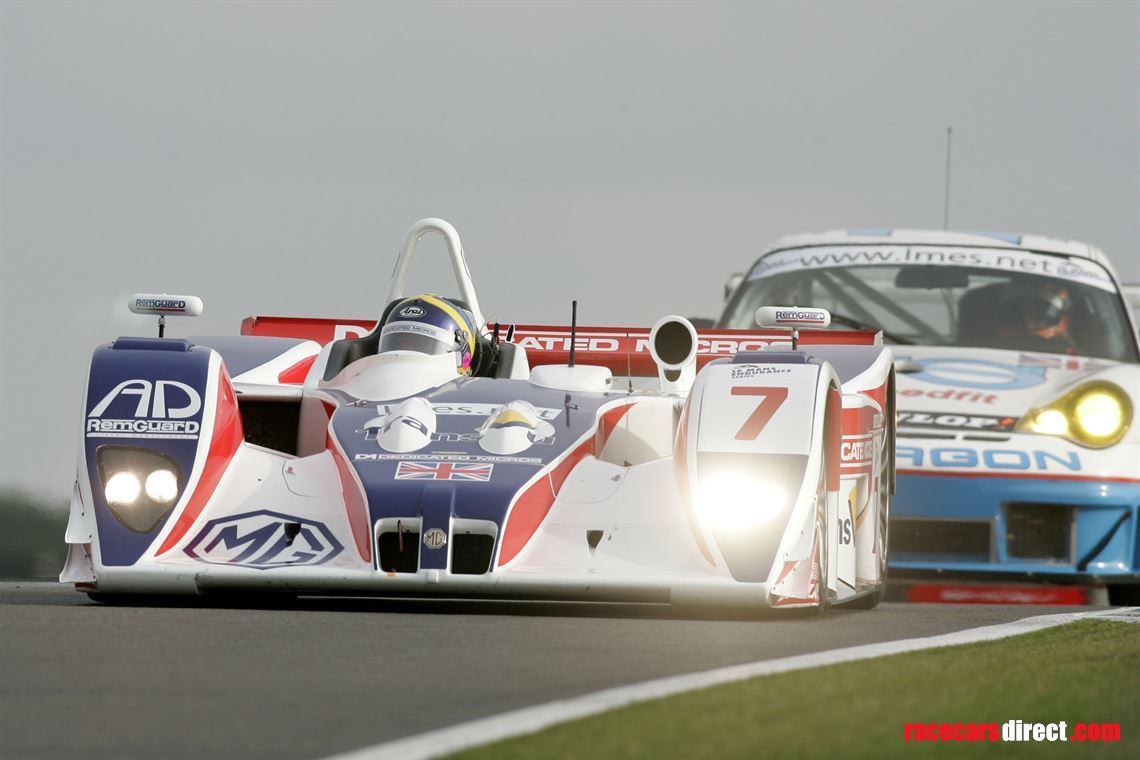 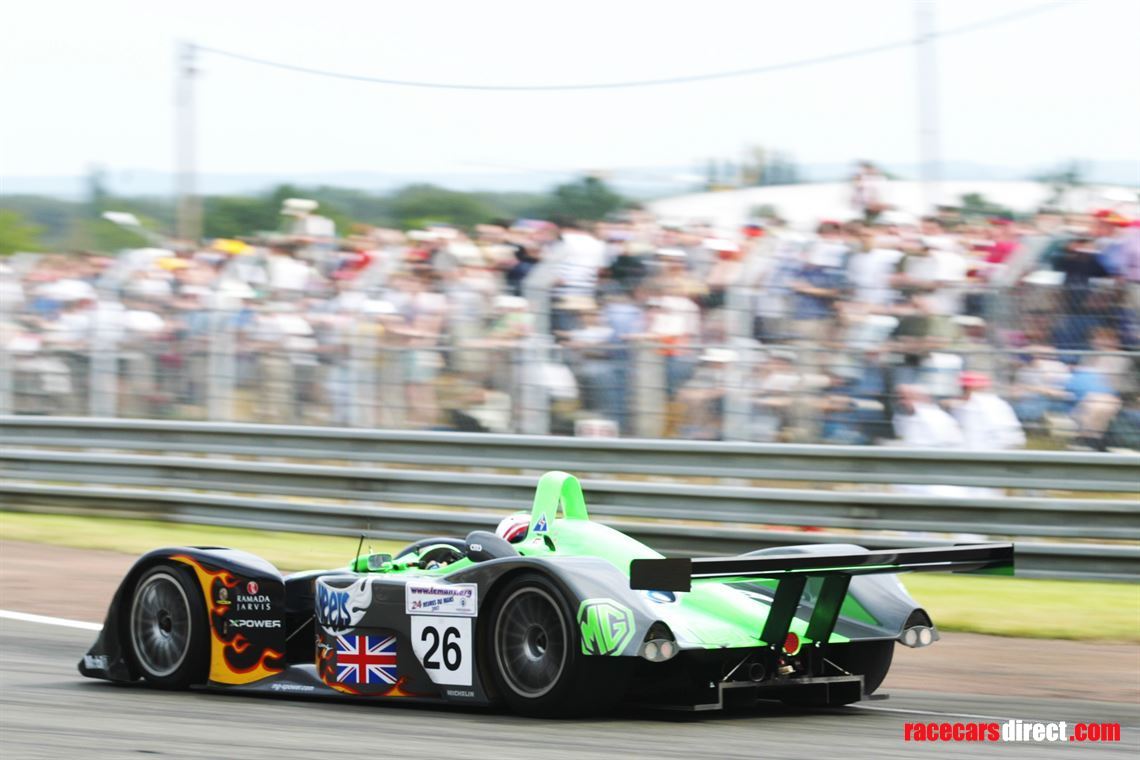 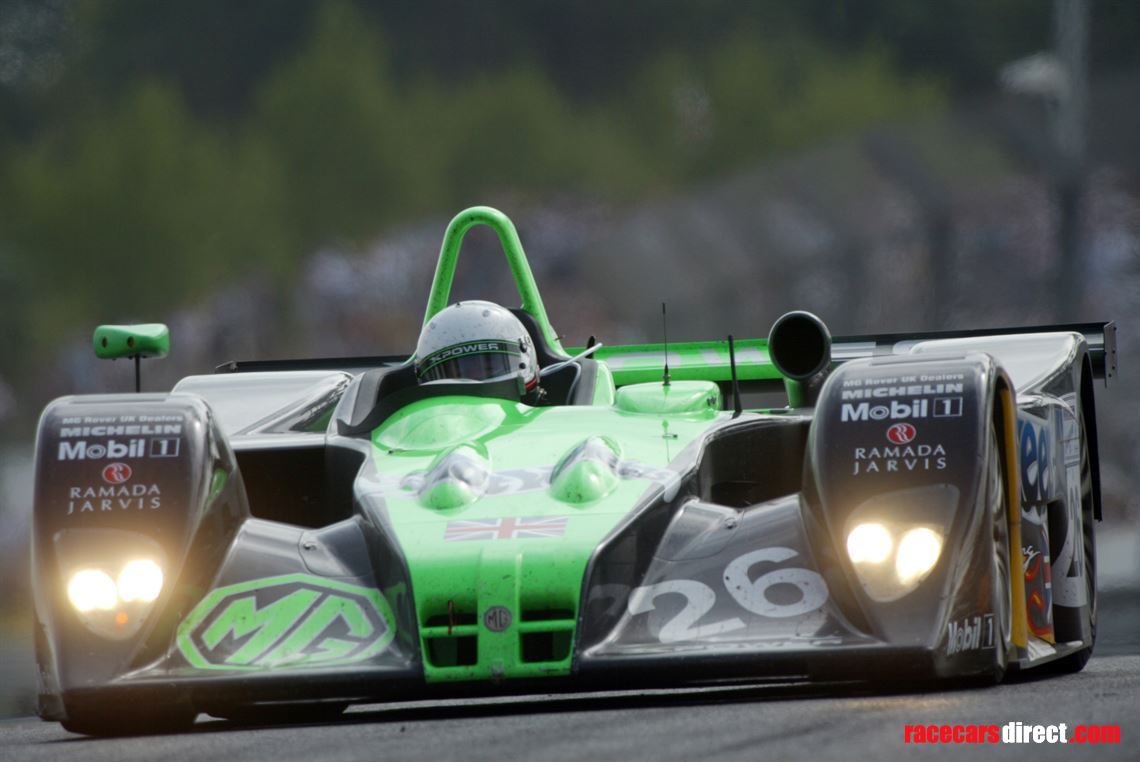 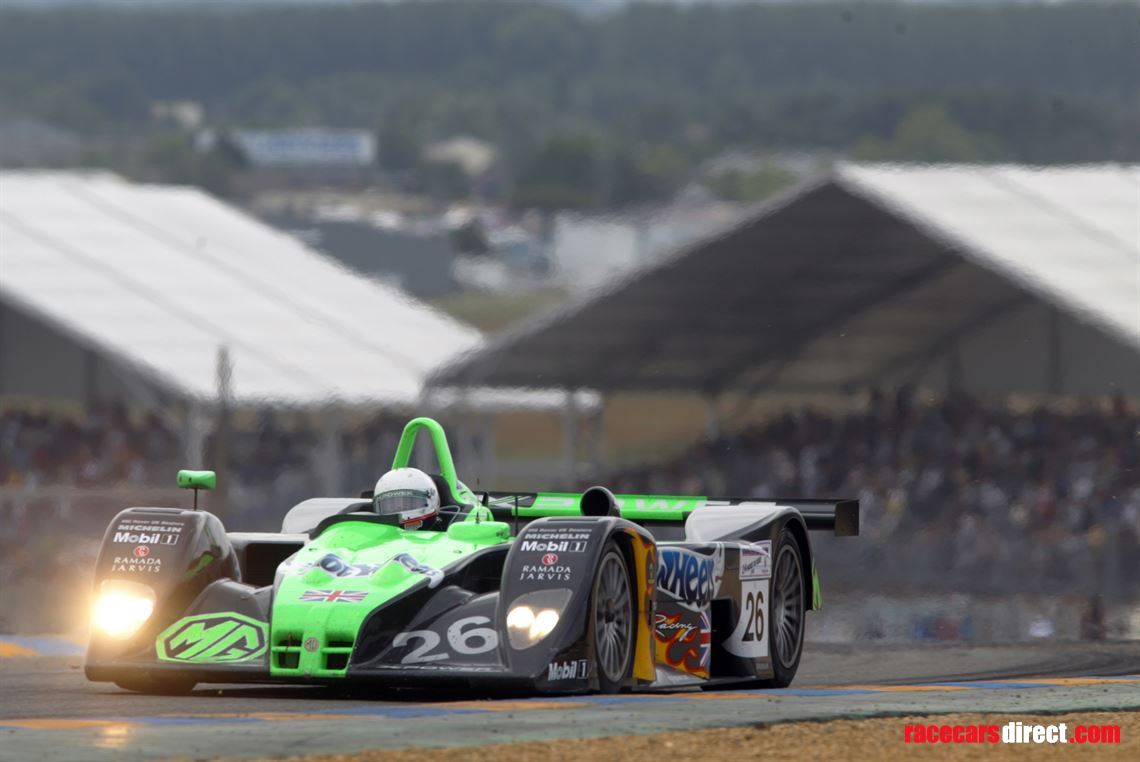 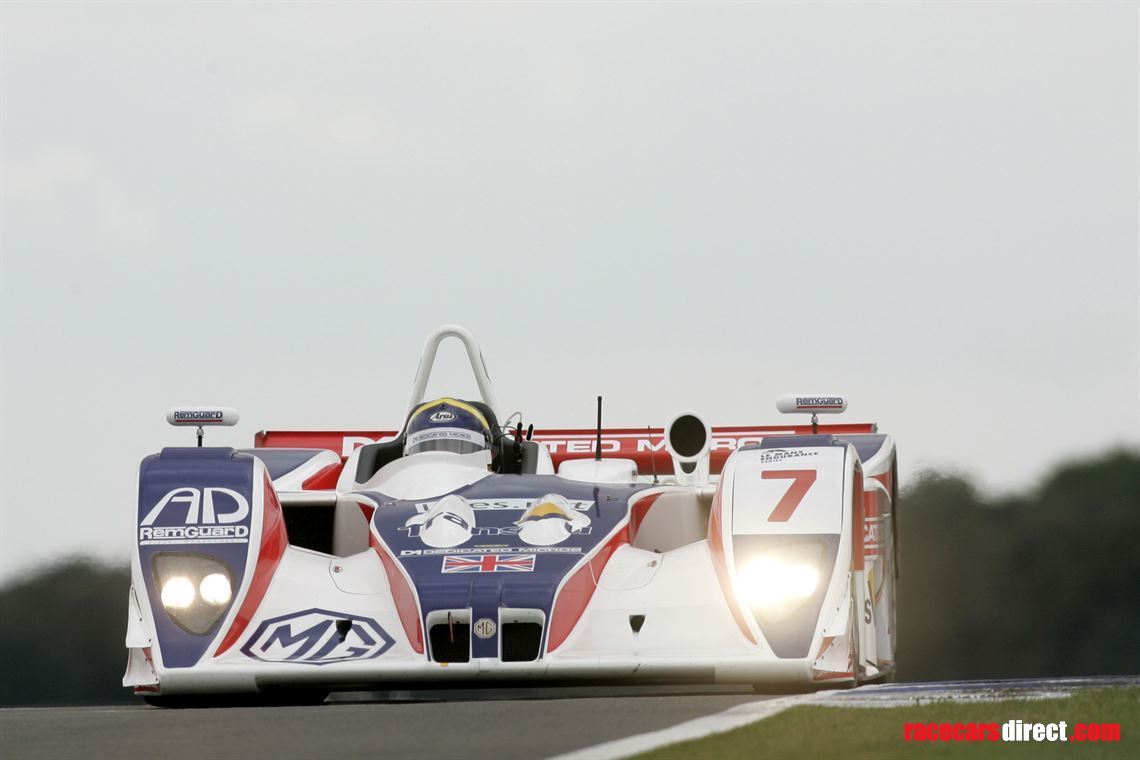 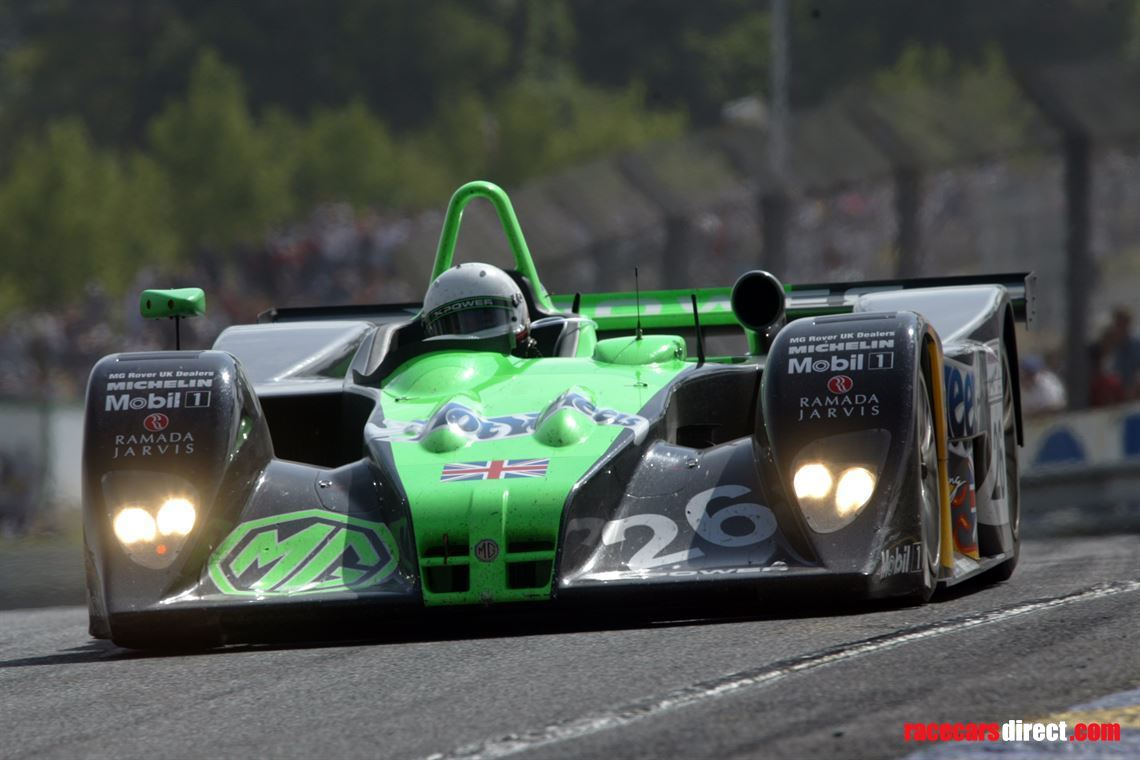 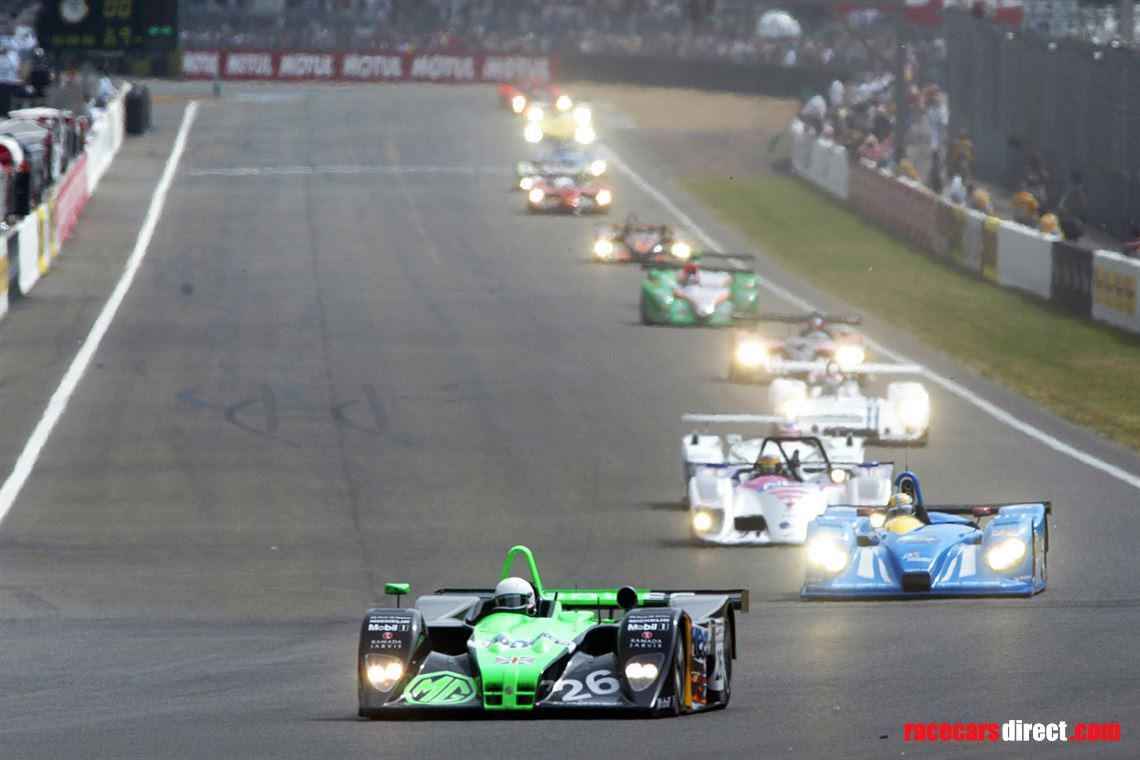 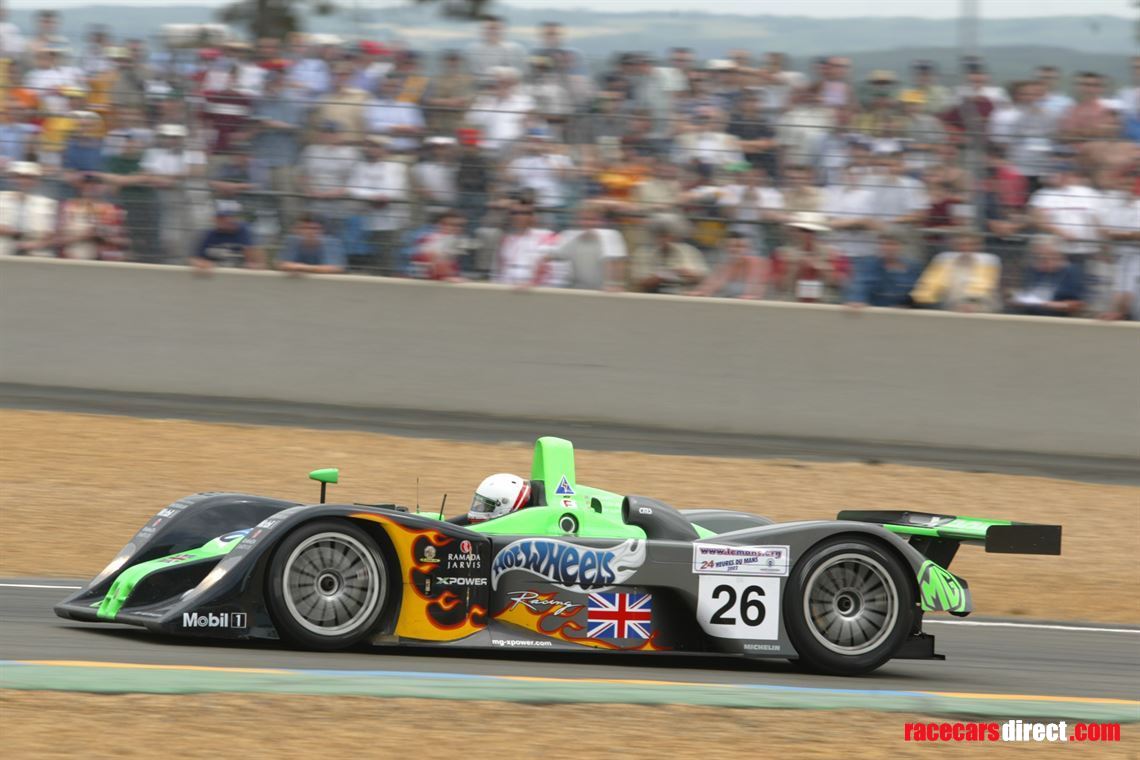 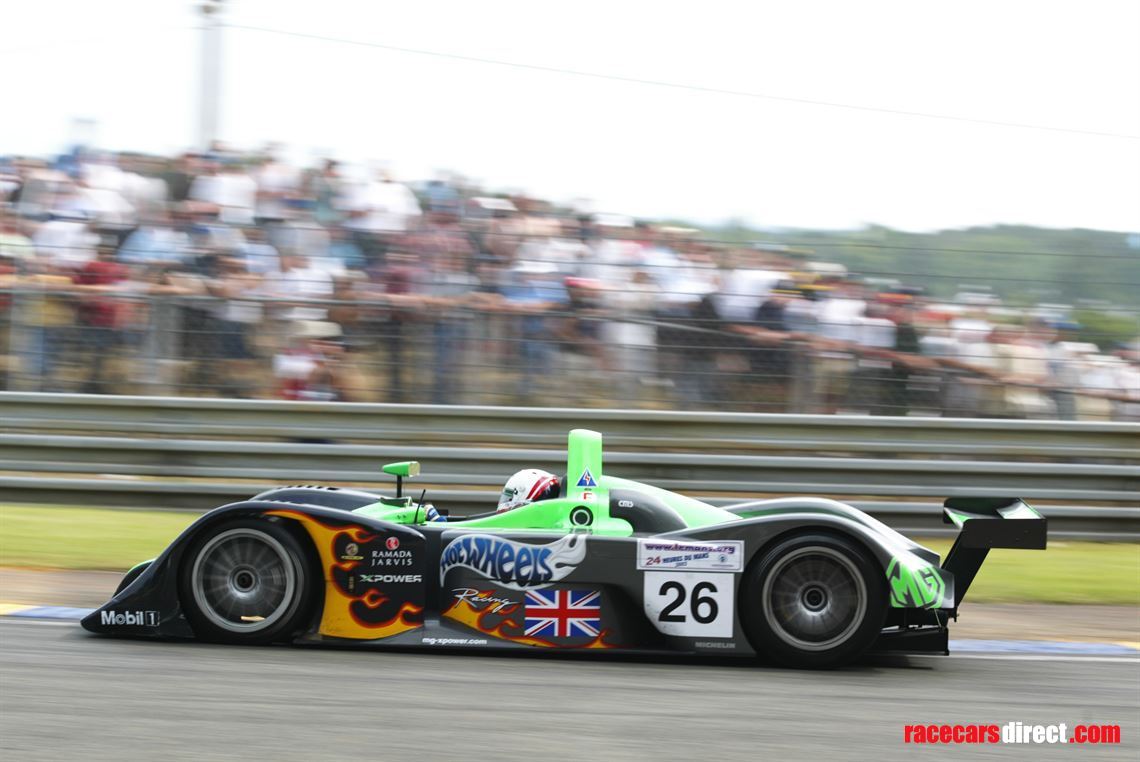 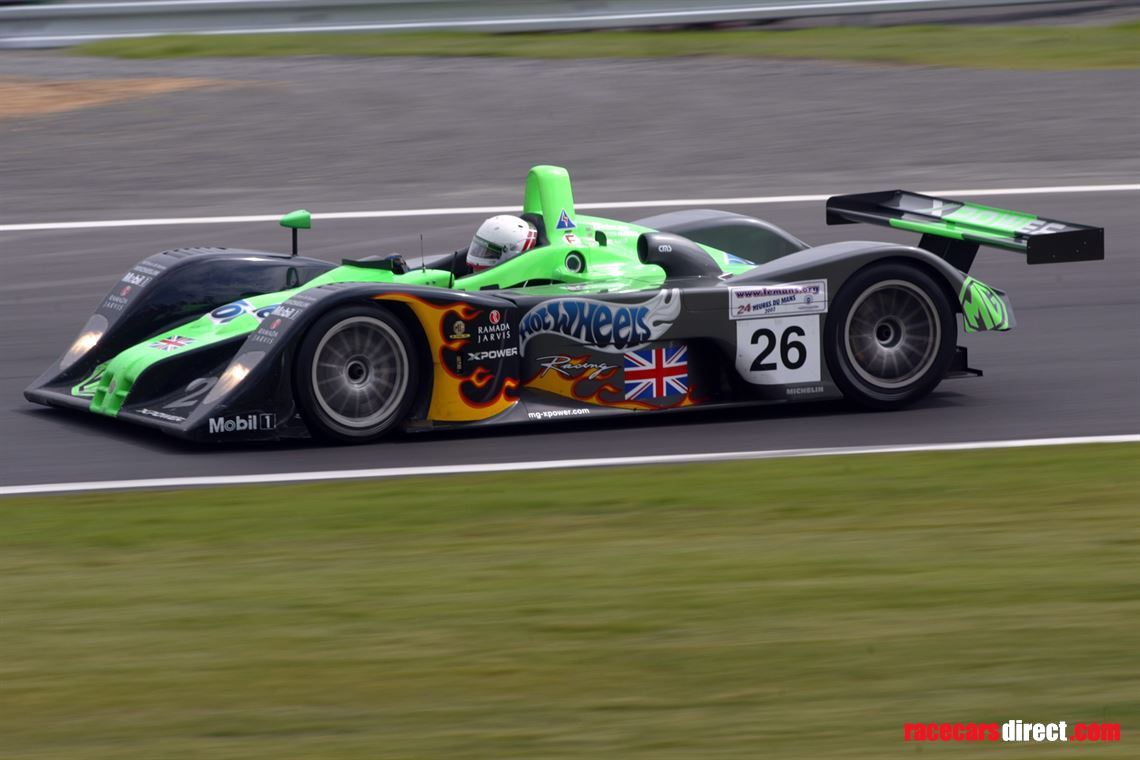 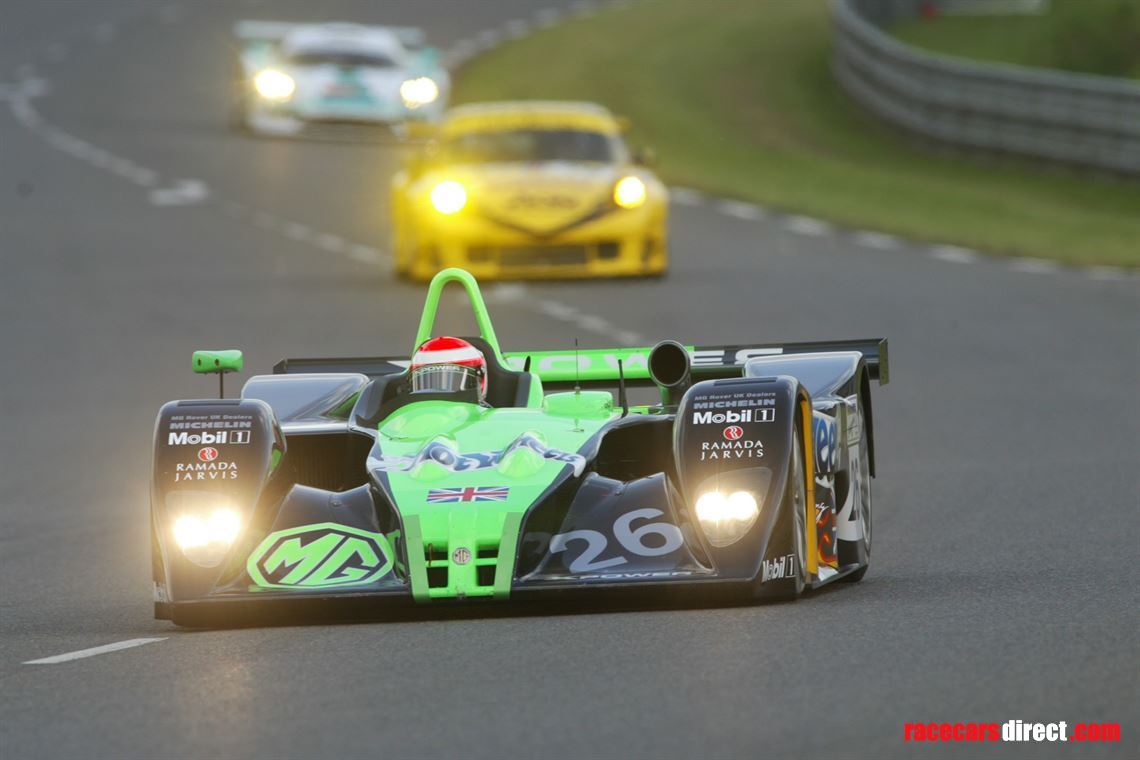 This iconic car was originally one of the only two MG works campaign Le Mans 24 hour cars, subsequently raced in LMES and Le Mans 24Hr 2004 by RML, with Mike Newton and Tommy Erdos. It is the only Lola MG EX257 chassis to have competed at Le Mans 24hrs three times and has a class pole position at Le Mans to its name in 2001.

Designed by Julian Sole and Frank Dernie at Lola Cars for the new LMP675 rules in 2000, the theory being that a lighter more nimble car could be as fast as the larger more powerful LMP900 cars. This theory was proven correct as in 2001 and 2002, the MG works team with Warren Hughes behind the wheel was running in the top three overall and on the same pace as the Audi R8 LMP900. This was despite the car not being developed to its full potential.

At the end of the 2002 season, the car was purchased by Mike Newton to run in the new Le Mans Endurance Series in 2003 with the car being run by crack team, RML. With a driver line up of Newton, Erdos and Kinch, the car continued to be developed further and in its first race with the new team, it qualified 1st in class at the 1000KM of Le Mans and 4th overall.

The car was then raced again in the full 2004 Le Mans Endurance Series season before being retired. However in 2018 the car was bought out of retirement and underwent a full strip down and rebuild to the highest standards by industry experts, MJ Tech who have since run the car in the 2018 and 2019 Masters Endurance Legends Championship. It won its class multiple times and has had impeccable reliability over the last two seasons and is now for sale exclusively through Jonathan Kennard Iconic Cars.

The car will be sold with a large compliment of spares and the car will be in a completely ready to race condition with a new refresh on the AER engne.

Please contact Jonathan for more information and a full brochure.

Engine completely rebuilt, since then the car wasn‘t in use - monocoque in very good condition

Formula One ARROWS A8 Show Car