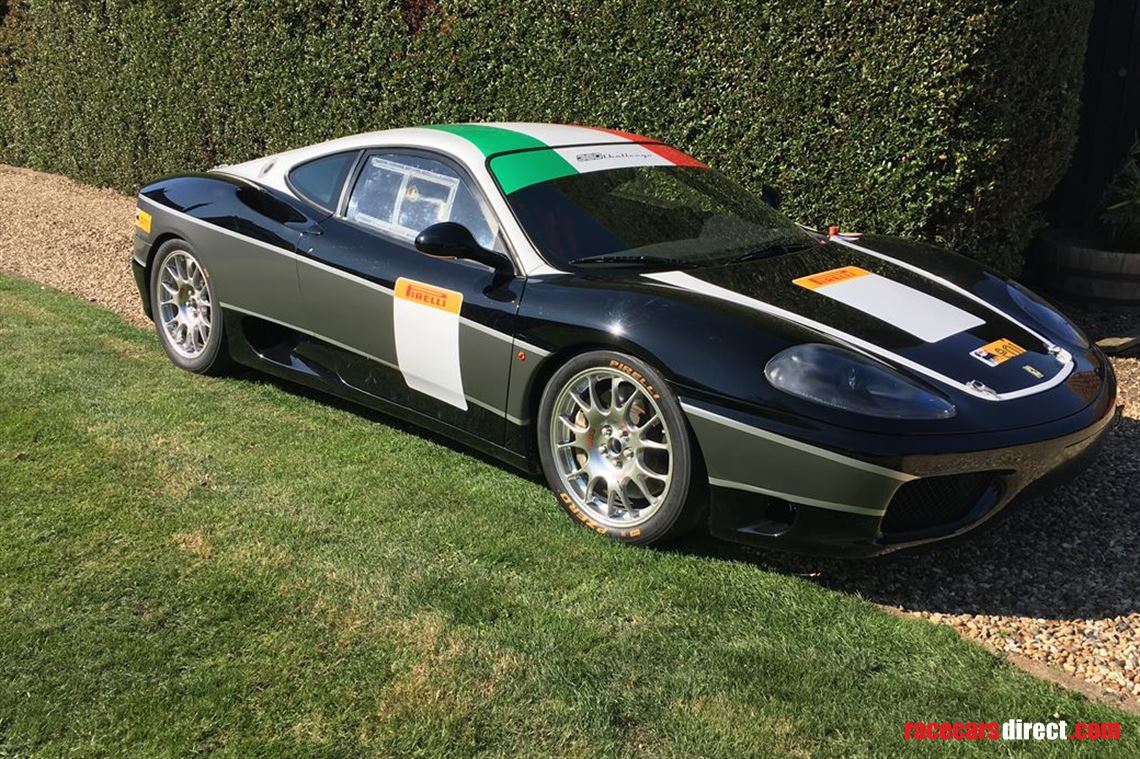 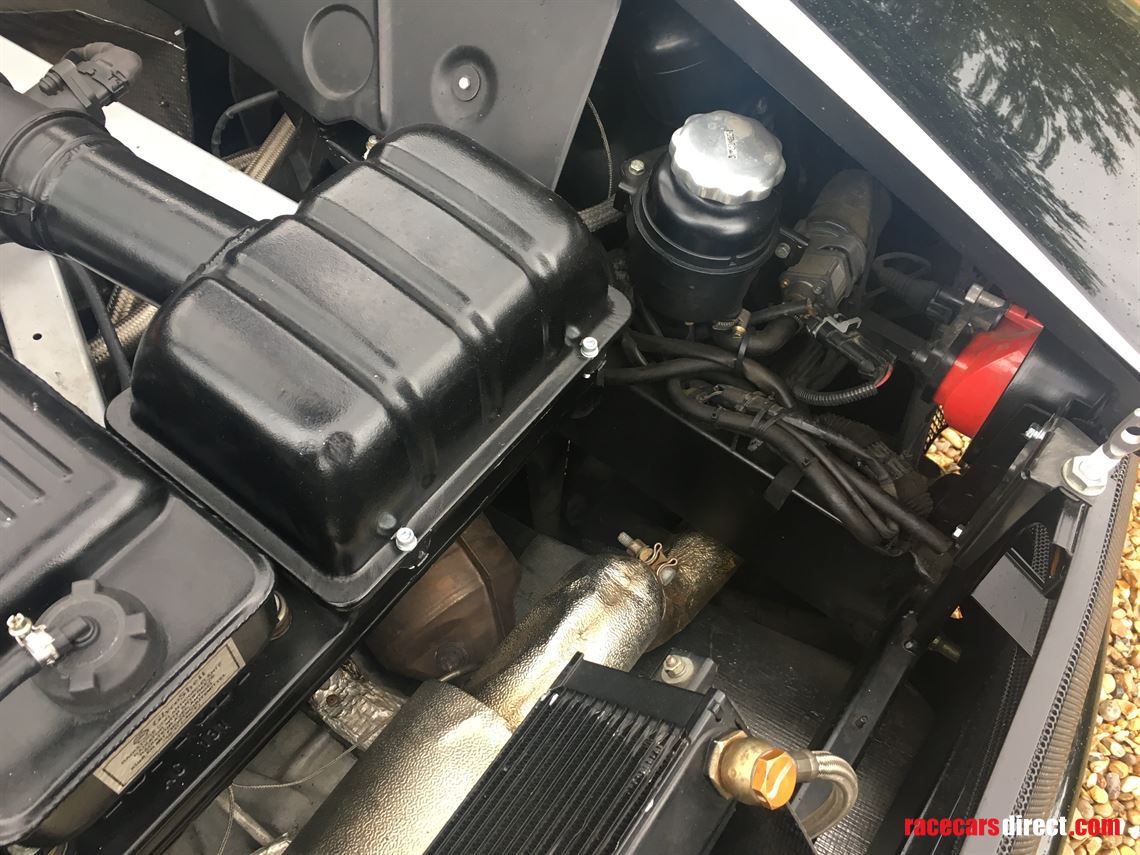 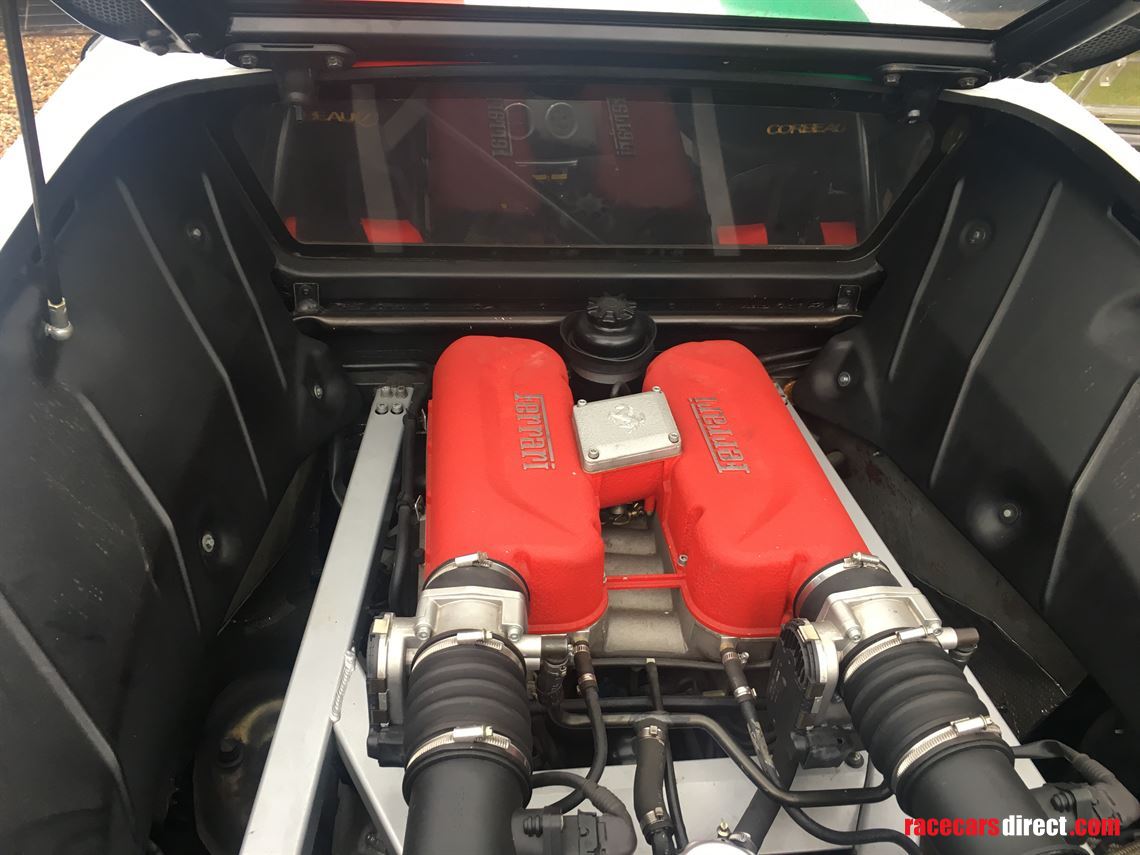 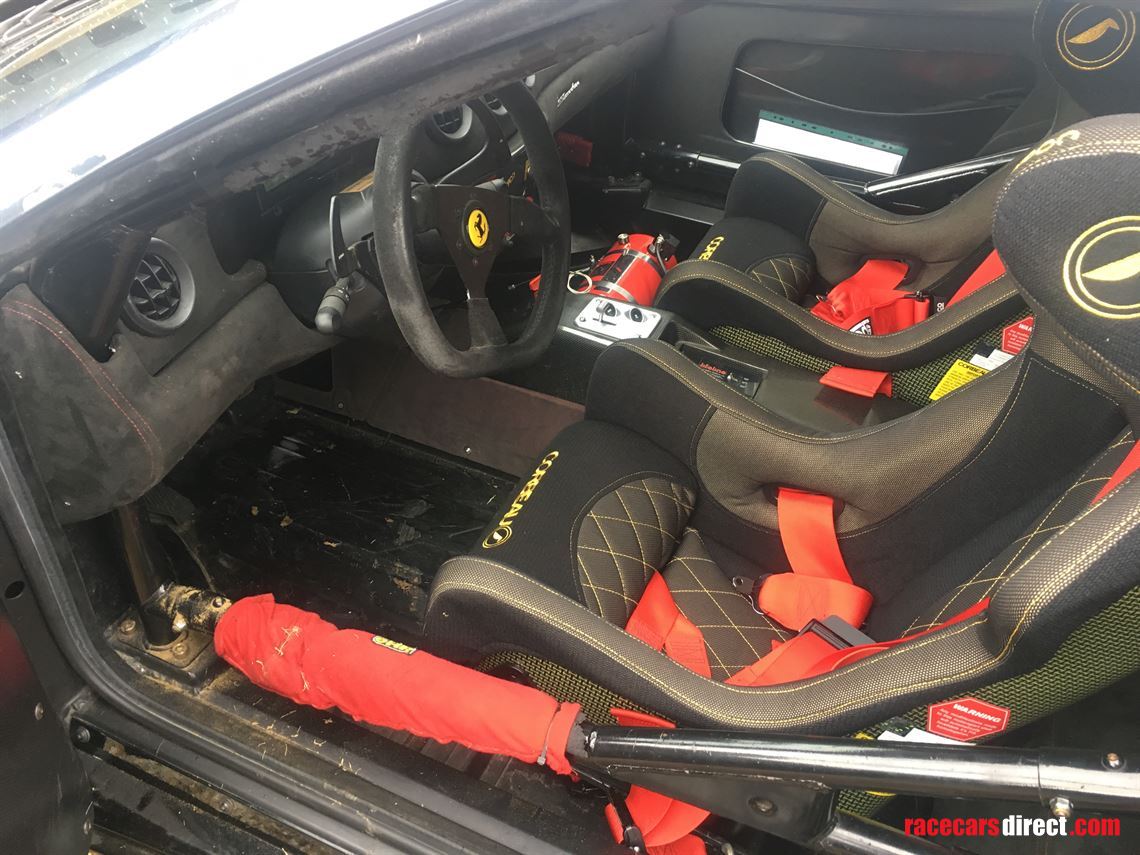 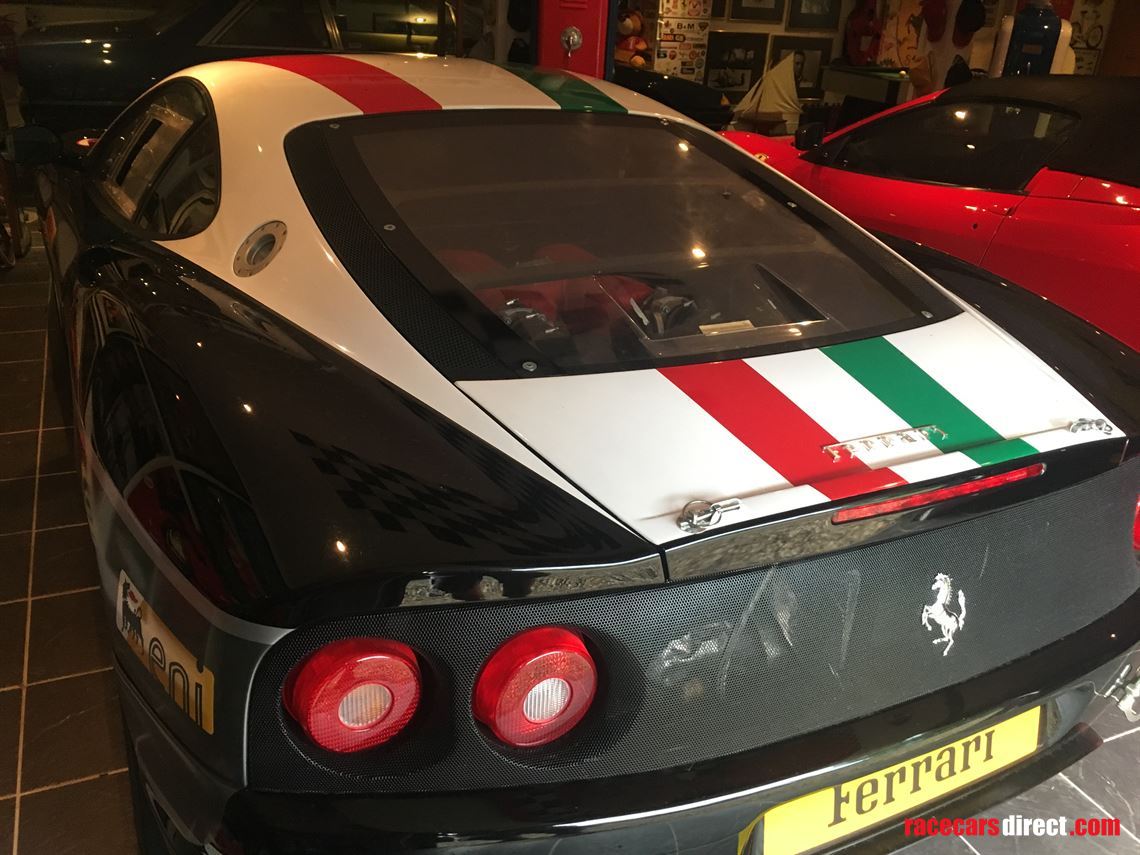 The 360 Modena first appeared on the grid in Challenge form in 2000, featuring a multitude of alterations making it more suitable for track use. These included the deletion of the aircon, electric windows, sound-deadening material, and interior trim, and the replacement of the bumpers, window glass, exhaust system, interior centre console, and door trim panels with lightweight alternatives. The  instruments were replaced by a Magneti Marelli digital display linked to the onboard data acquisition and telemetry system. Safety enhancements included an automatic fire extinguishing system and FIA-approved safety fuel cell.

This car’s build was completed on the 10th March 2000, though the factory designated it a 1999 for importation/legal reasons.

It was delivered to Ferrari of Phoenix, USA.  Their computer systems show that the car was in their service department 17 times from 29 Dec 2000 to 7 March 2006. Unfortunately records of what was done to the car during this time have been deleted, so we will never know as to what work was done during those 17 visits.

In 2007 the car had a pre-purchase inspection performed at Ferrari of Silicon Valley. They found no signs of any accidents and that the car had low mileage at only 4,098 miles (7,885 Kilometres).

The car was imported into the UK on the December 2015, and all import duties, VAT  etc have been paid.

This car is ready to go racing in the Ferrari Club Racing Series or have fun doing track days!

Exceptional car from the golden years of Abarth!