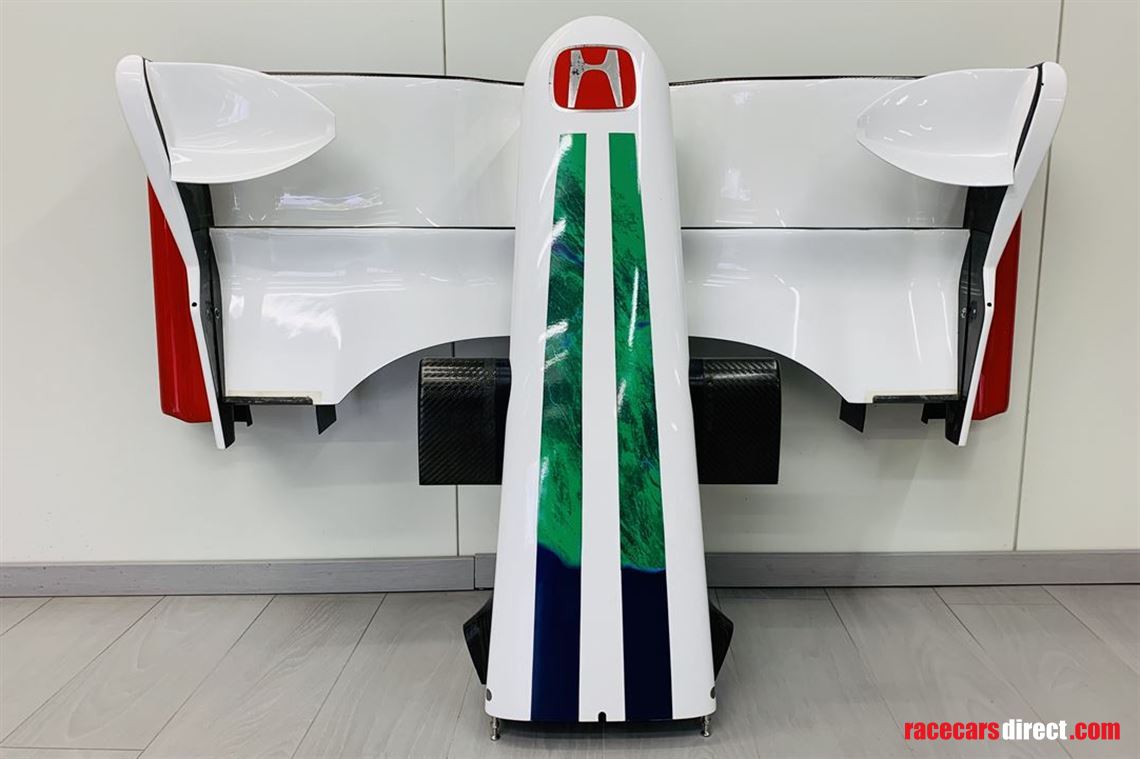 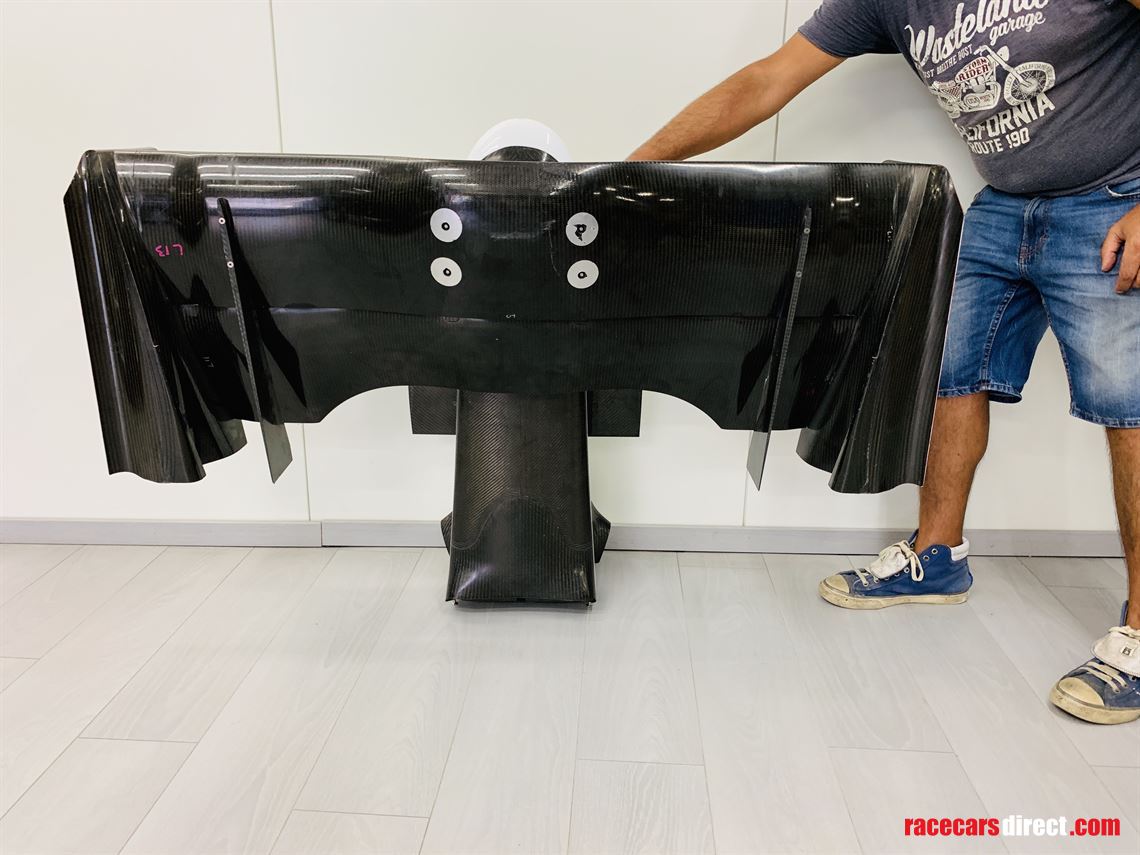 This is an original and complete front Noseconse and Wing assembly of a 2008 Honda Formula one car that competed in the 2008 F1 Championship. This car was named RA108 and was driven by Rubens Barrichello and Janson Button.

The car was unveiled at a test in Valencia on 23 January 2008, a week before the car's official launch, driven by Rubens Barrichello.[2] The car was officially unveiled at the team's operational headquarters in Brackley, England.[3]

For the 2008 season, the team retained their drivers from the previous two seasons, Jenson Button and Rubens Barrichello. Honda also recruited Alexander Wurz from Williams, although the veteran Austrian had announced his retirement from race driving in 2007, but Wurz could not turn down the prospect of working alongside Ross Brawn.[4] Honda also confirmed that their young driver line up will include 2006 British Formula 3 Champion Mike Conway and Italian Luca Filippi.

A car built from the passion that drives this sport. Minor changes required to make road legal .

Shipping to any worldwide port included in price. Rebuilt and ready to race with all updates.