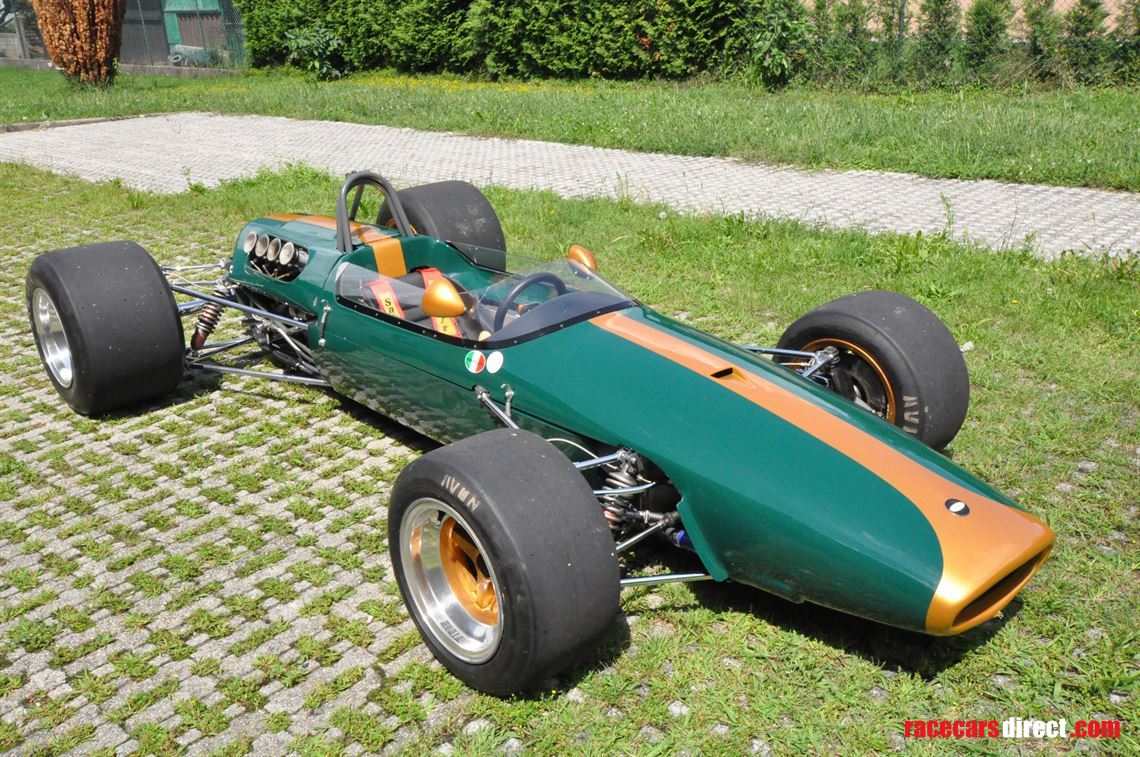 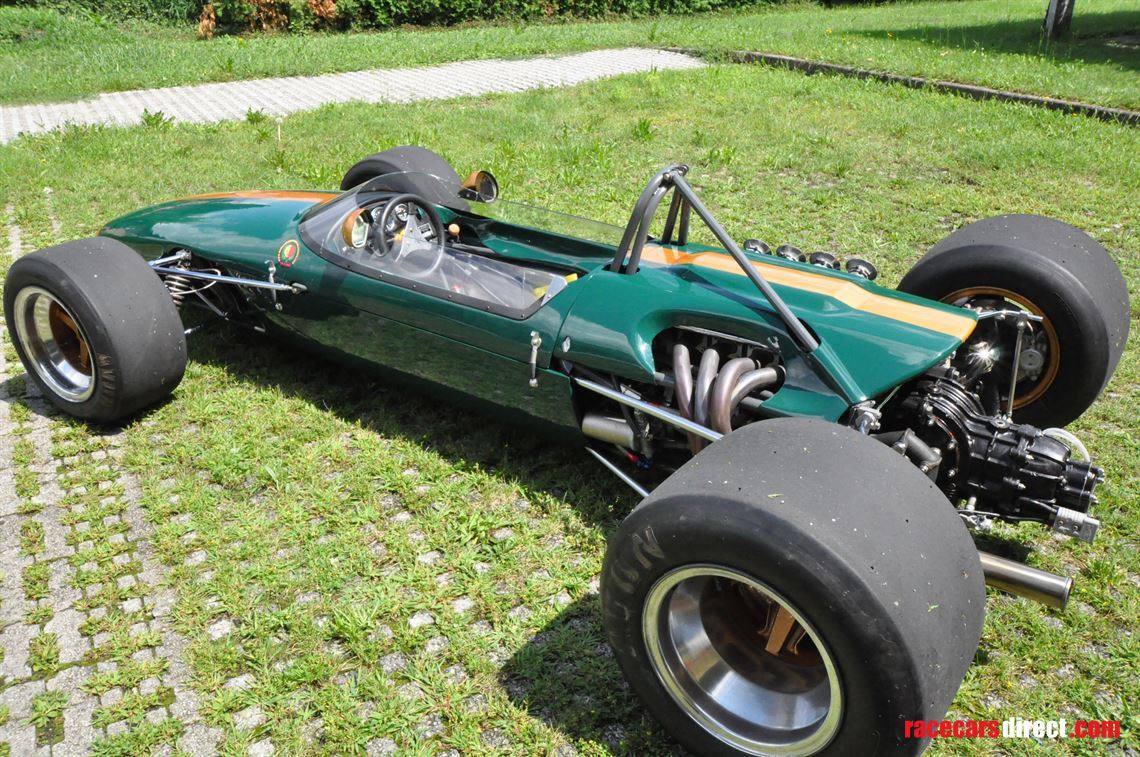 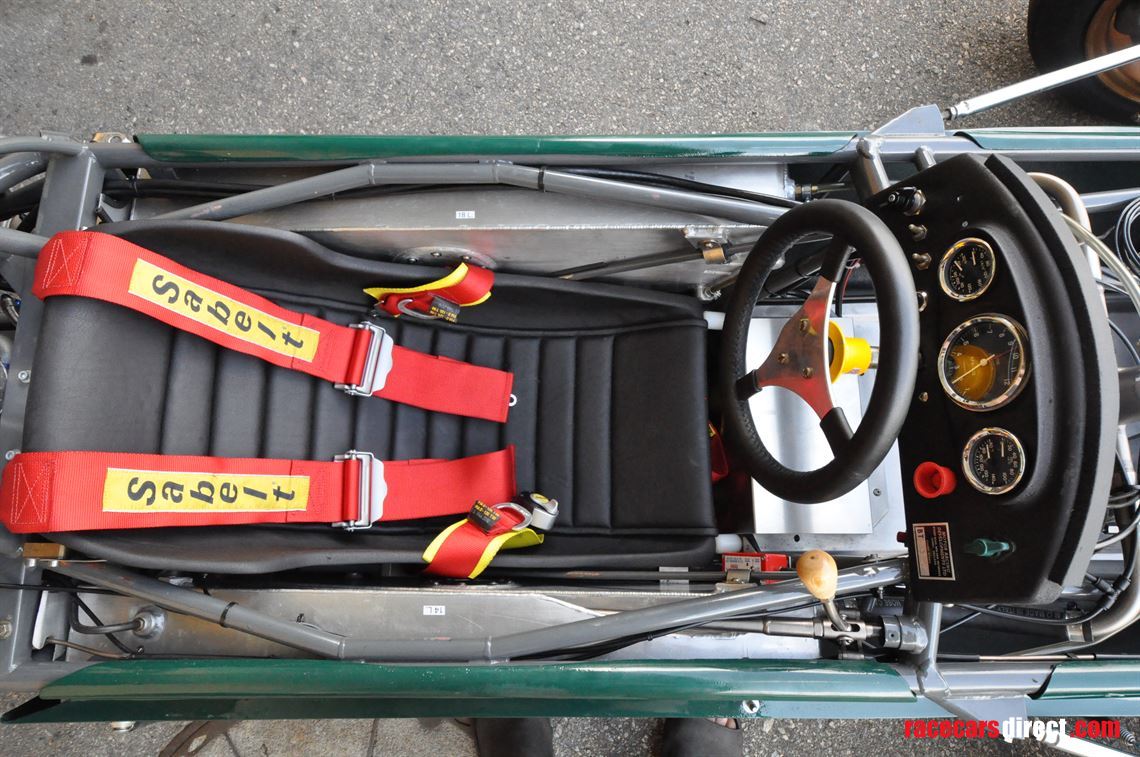 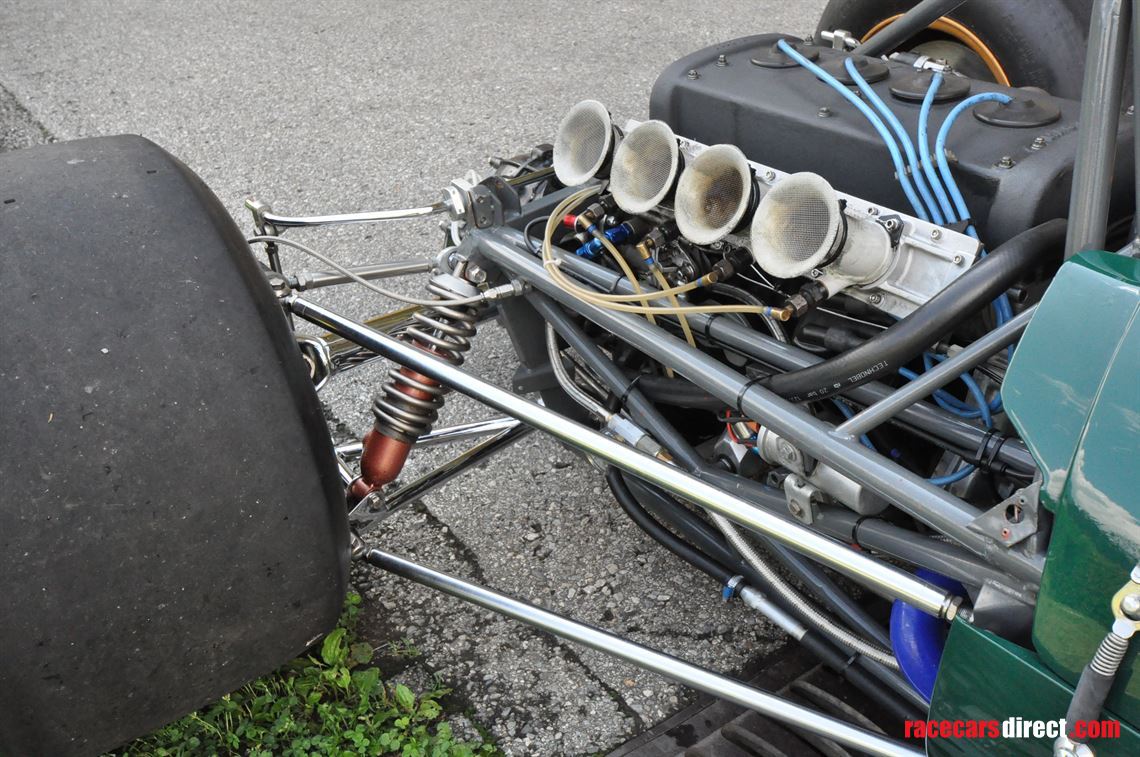 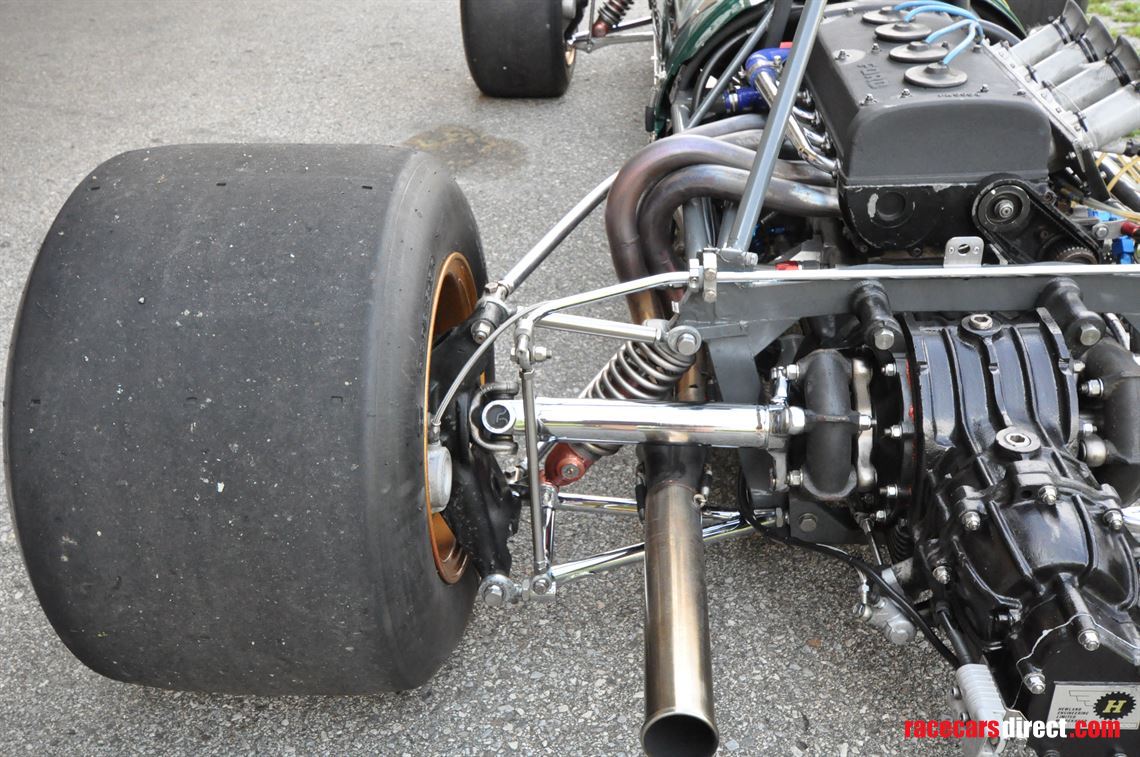 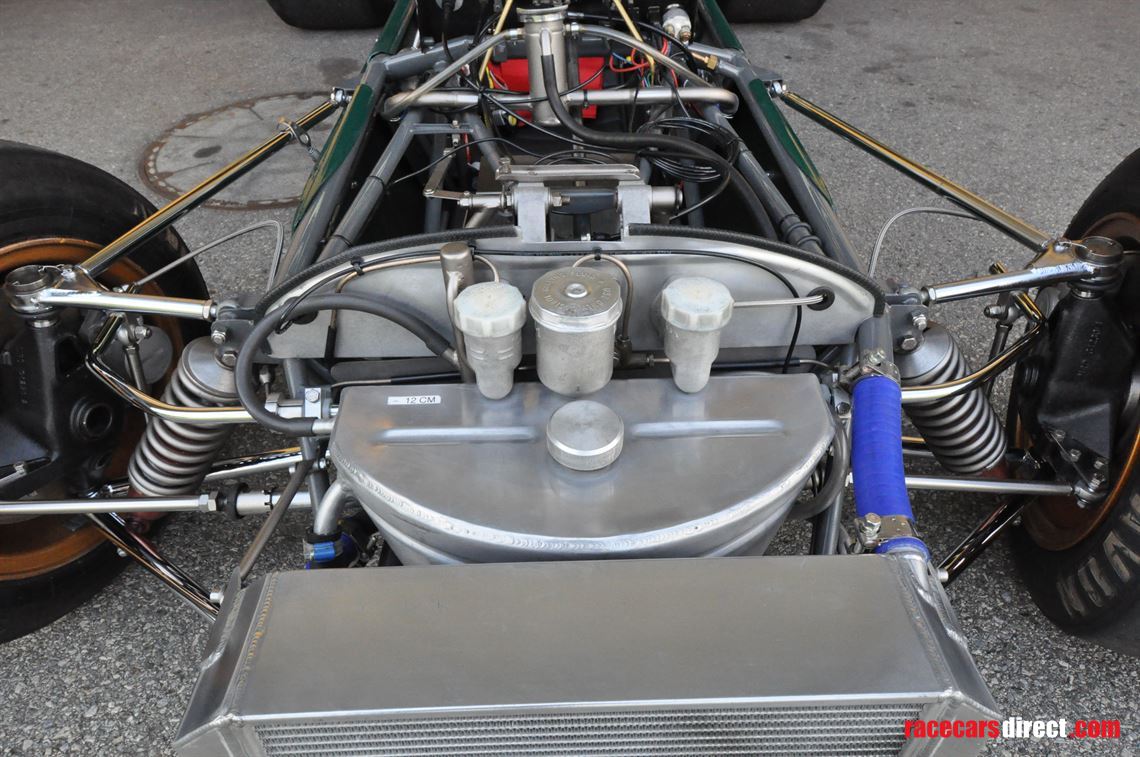 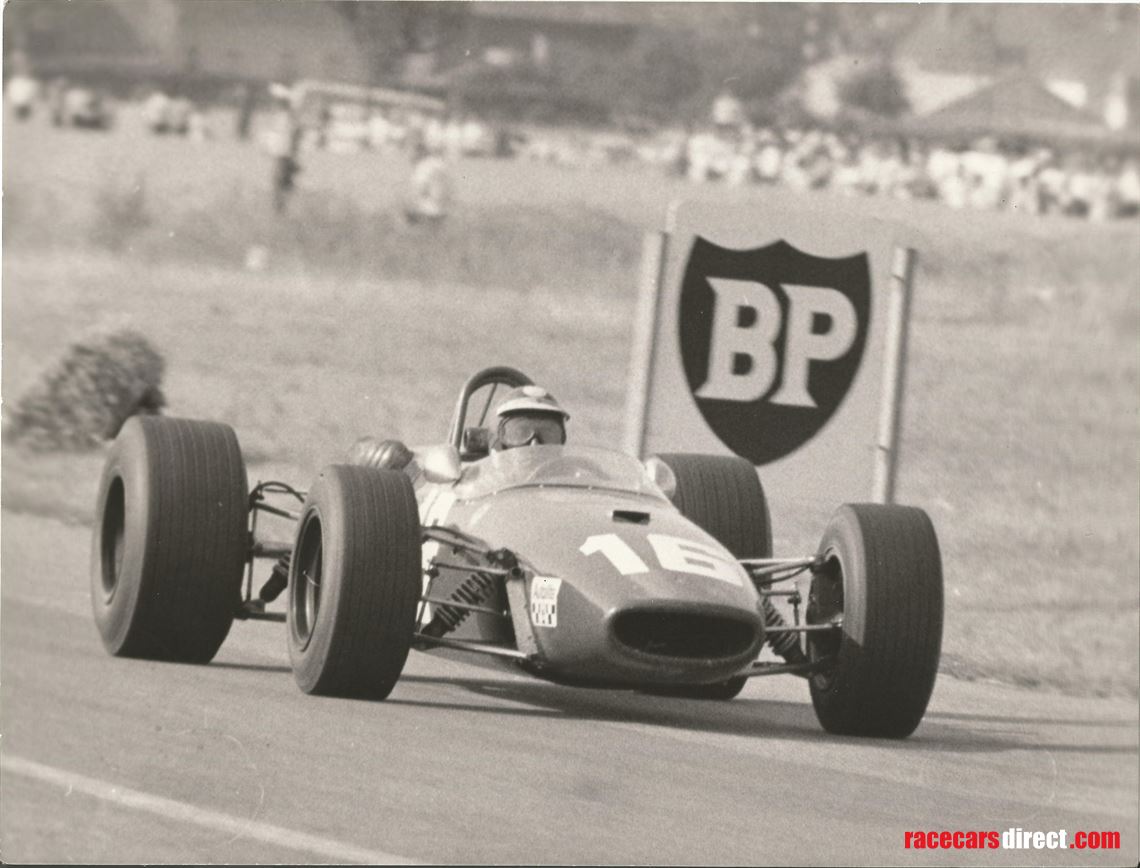 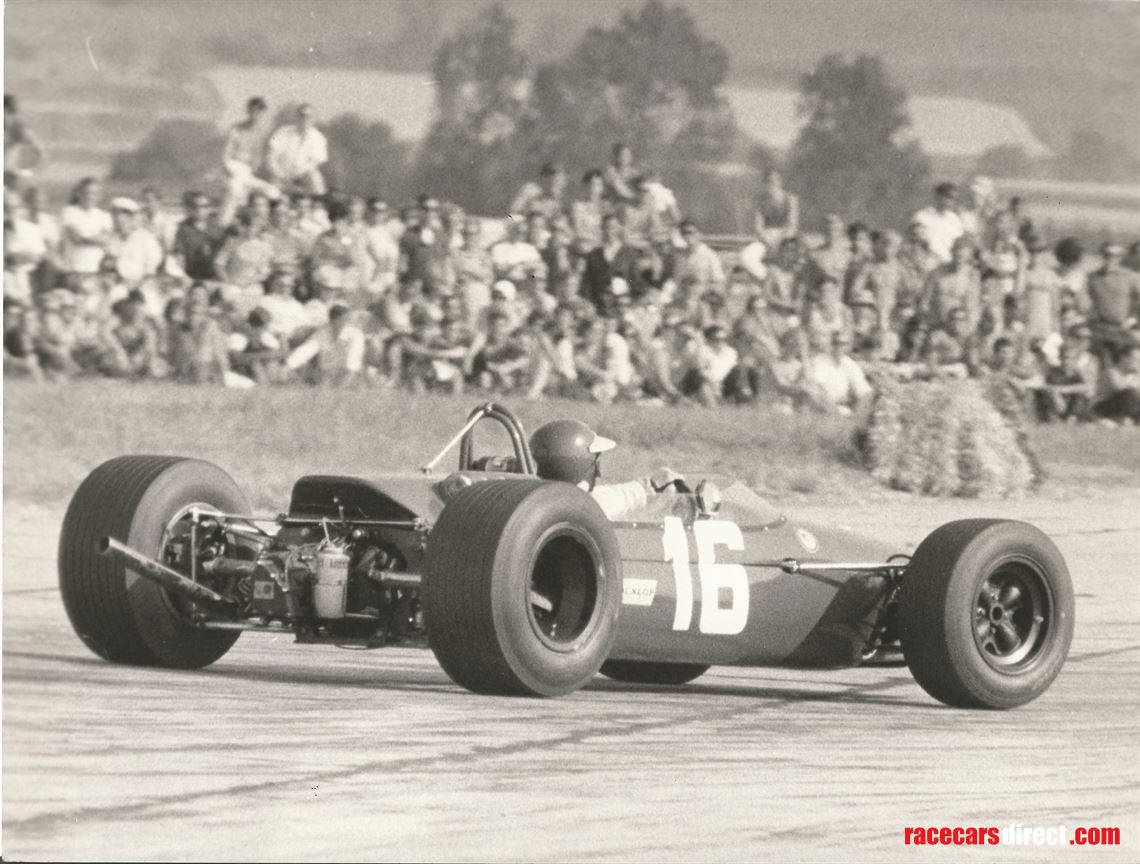 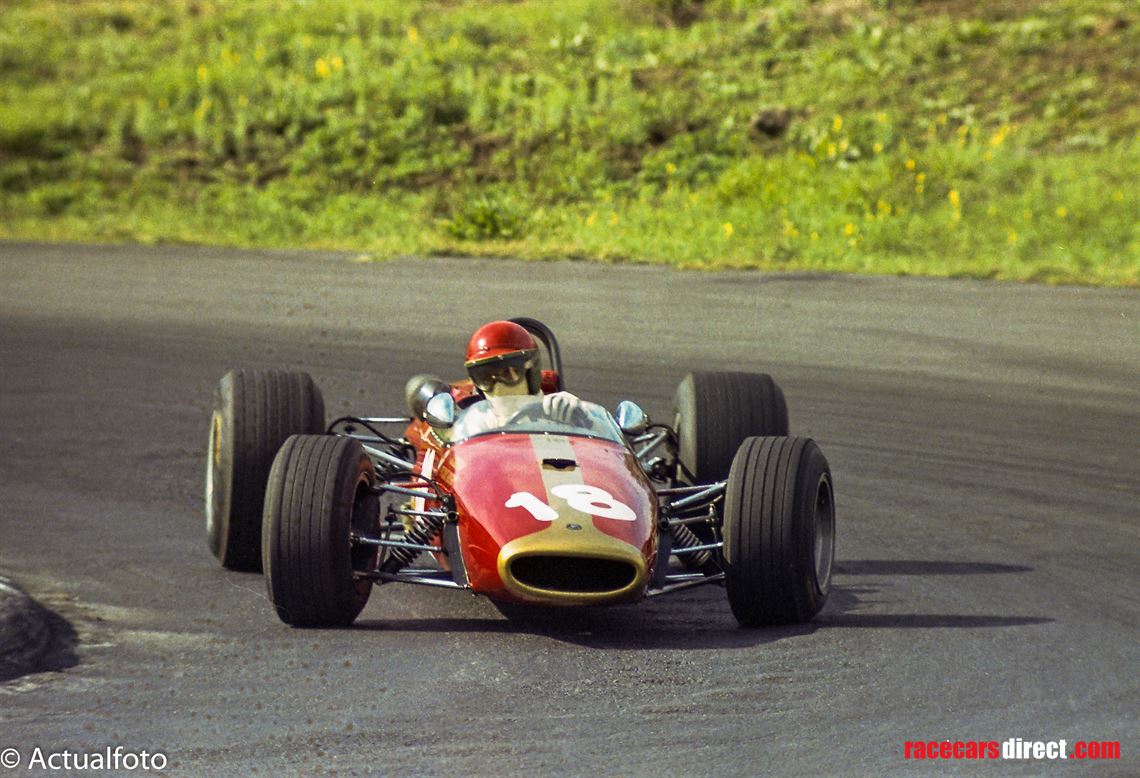 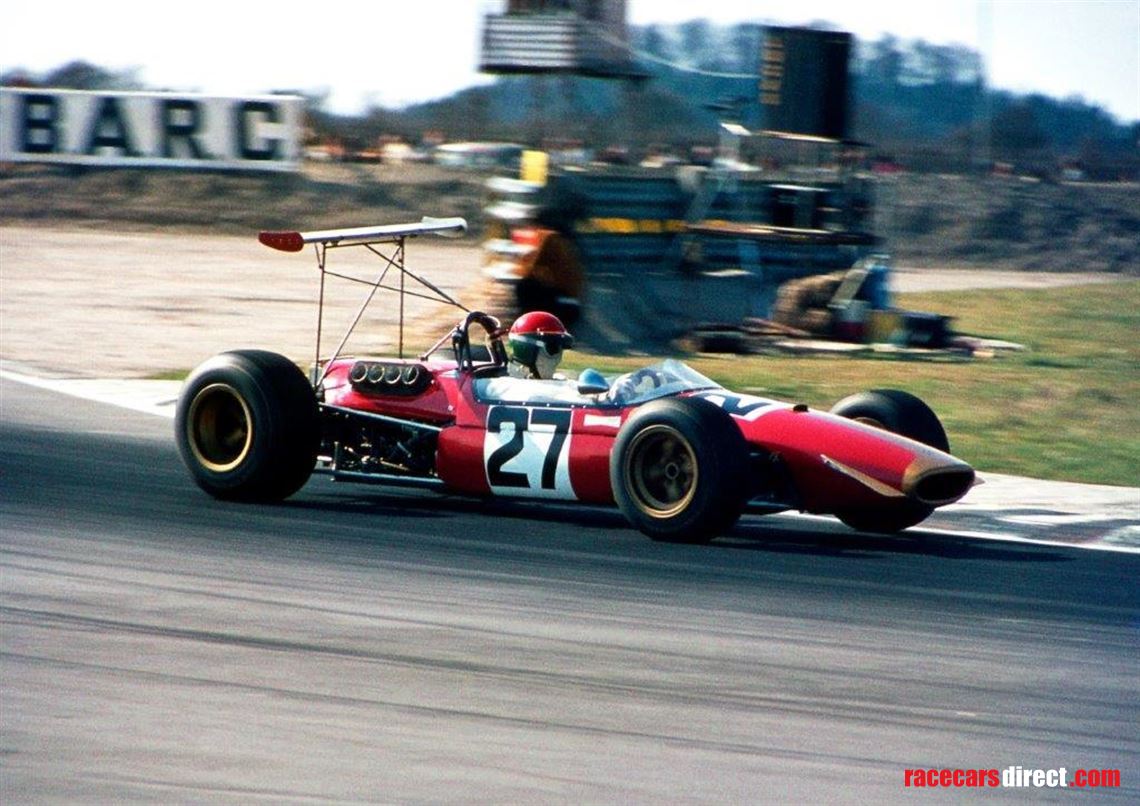 For the 1967 season, Brabham produced a new Formula 2 called BT23 of which nine chassis were built.

It was powered by a Ford FVA 1600cc engine and equipped with a Hewland FT200 gearbox which made it the most successfull F2 of the 1967 season.

This Formula 2, chassis BT23-2 is one of only three Works cars used by the Factory to compete in the 1967 European F2 championship. During the first part of the season Jack Brabham drove BT23-1, Denny Hulme BT23-2 and Frank Gardner BT23-3.

So BT23-2 was originally raced by Denny Hulme before being raced by Jack Brabham after he crashed BT23-1 in July at Rouen.  Later in the season, after Brabham started racing with its new BT23C, BT23-2 was raced by Frank Gardner.

At the start of the 1968 season, Denny Hulme drove BT23-2 during the Tasman Cup after crashing BT23-5 at Pukehoke.

Then BT23-2 was sold by Frank Williams to Tino Brambilla, Team Picchio Rosso in Italy who only drove it once at Tulln in July.

In October at Vallelunga and for the 1969 F2 European championship, BT23-2 was raced by Enzo Corti, Team Picchio Rosso.

In 1970, Vittorio Brambilla drove it during some races of the F2 European championship. After that, chassis BT23-2 stopped racing.

Brabham BT23-2 has been recently fully restored to its original specifications and little used since.

It is in perfect conditions, ready to race.

Superbly restored 1967 Brabham BT21 with minimal use since restoration. Presents and drives as new.