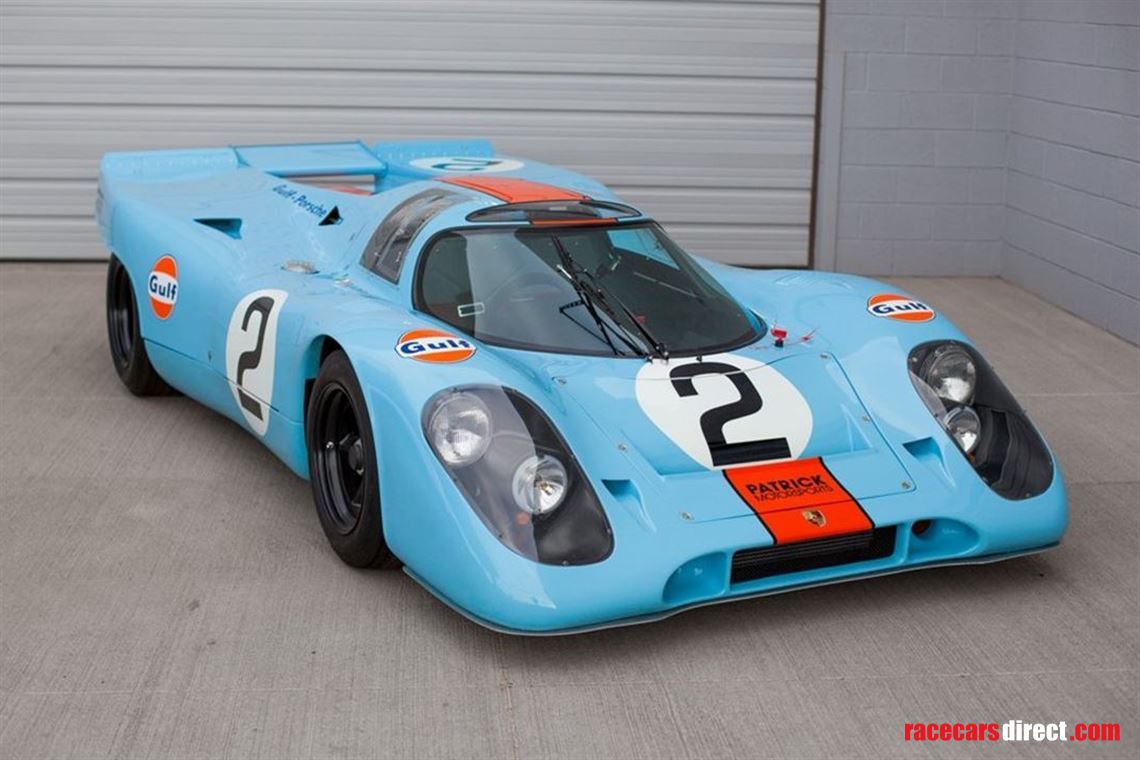 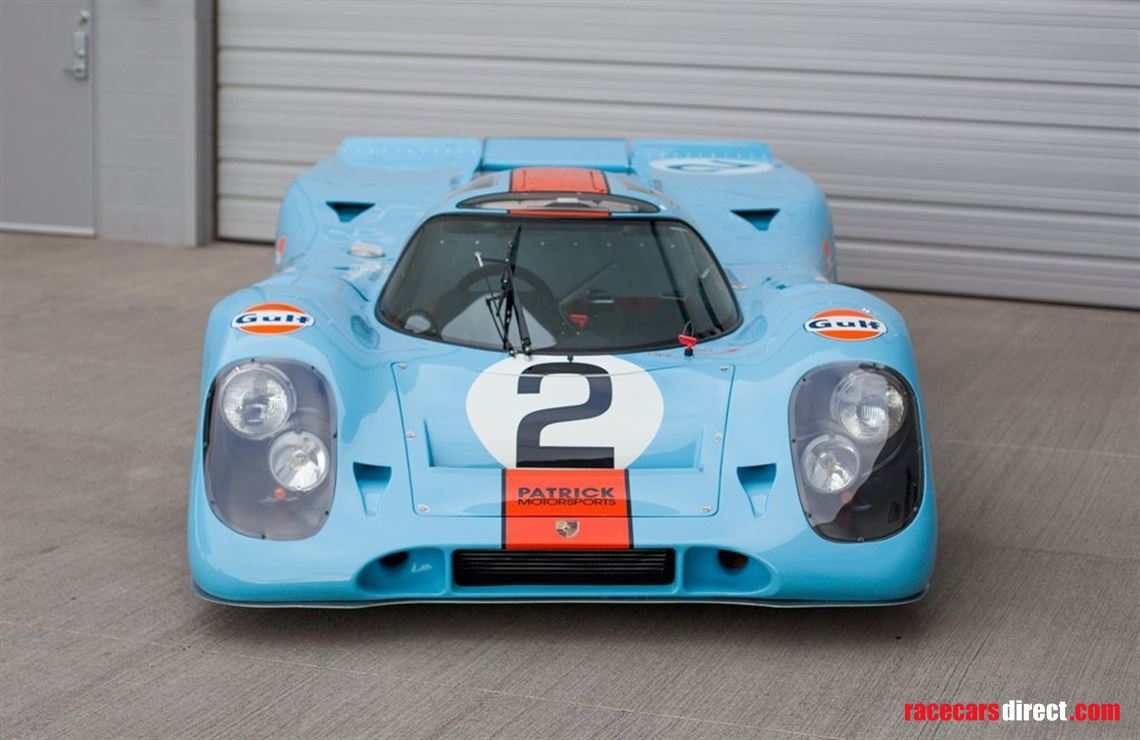 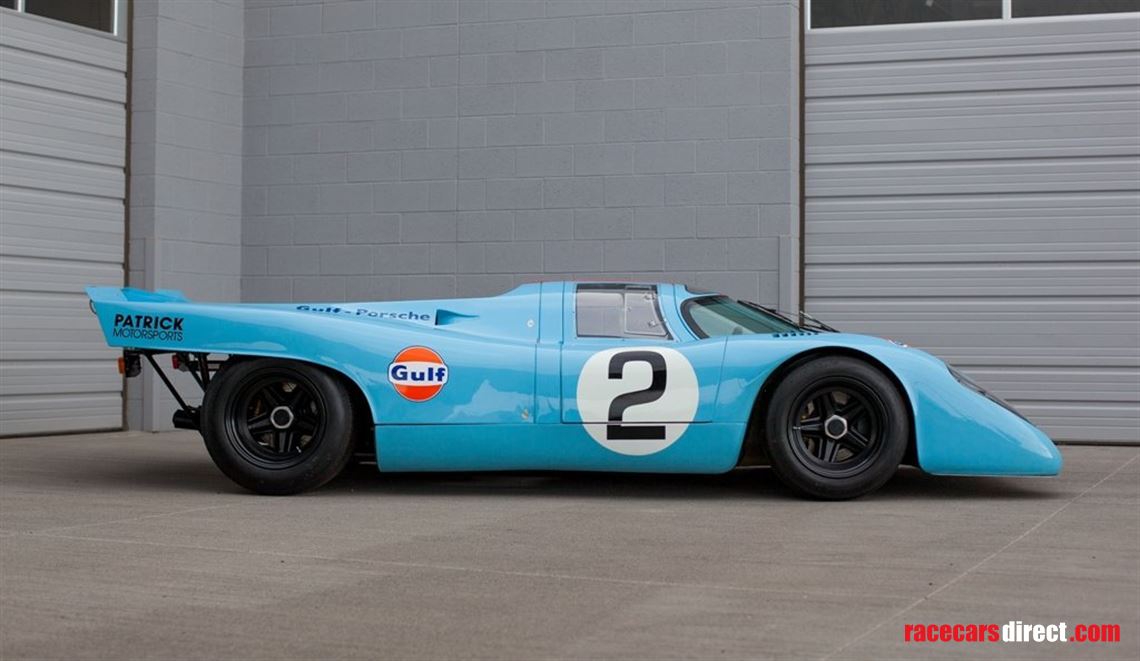 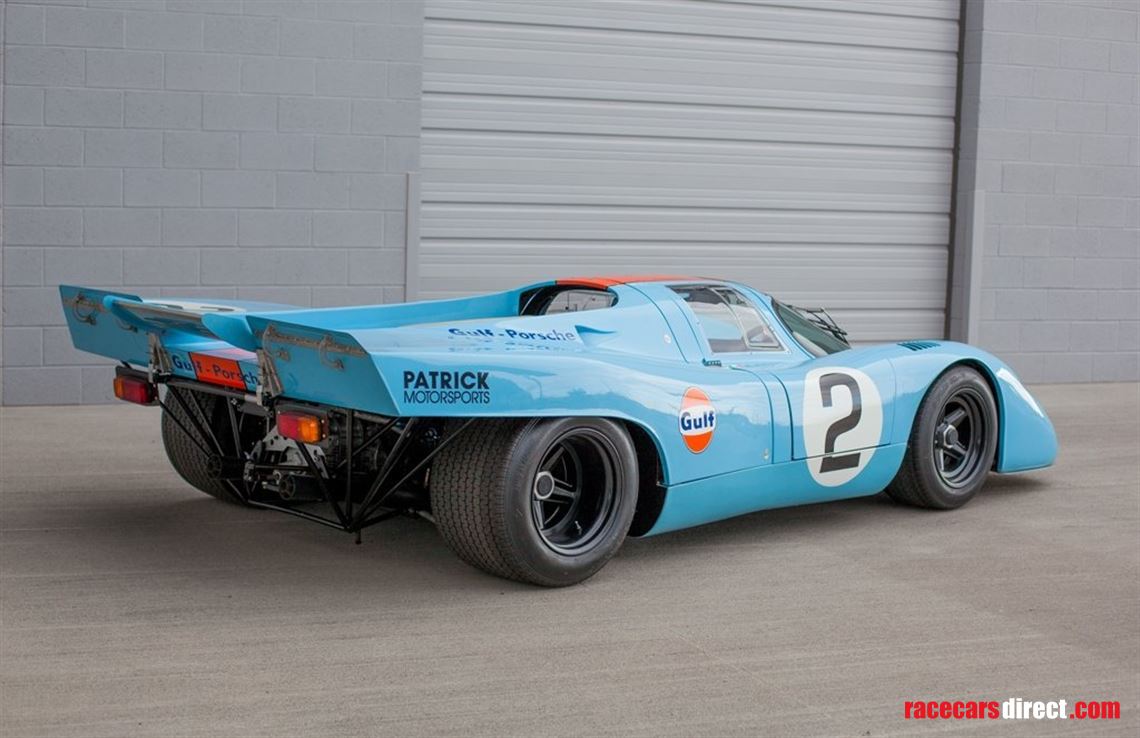 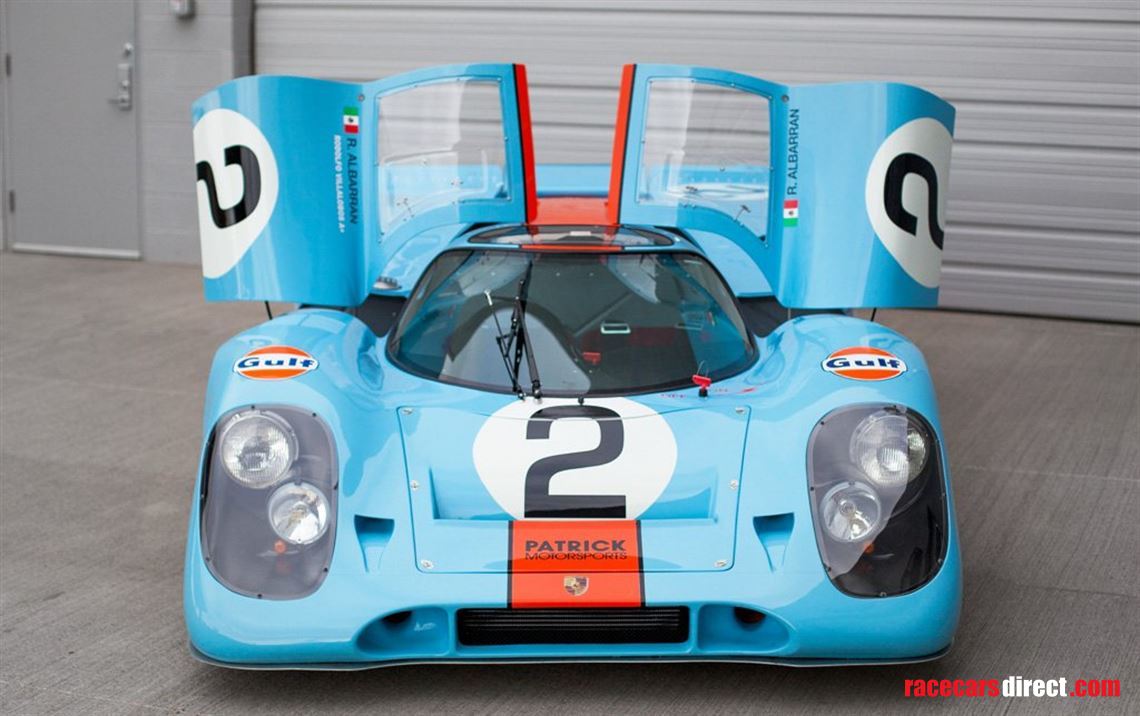 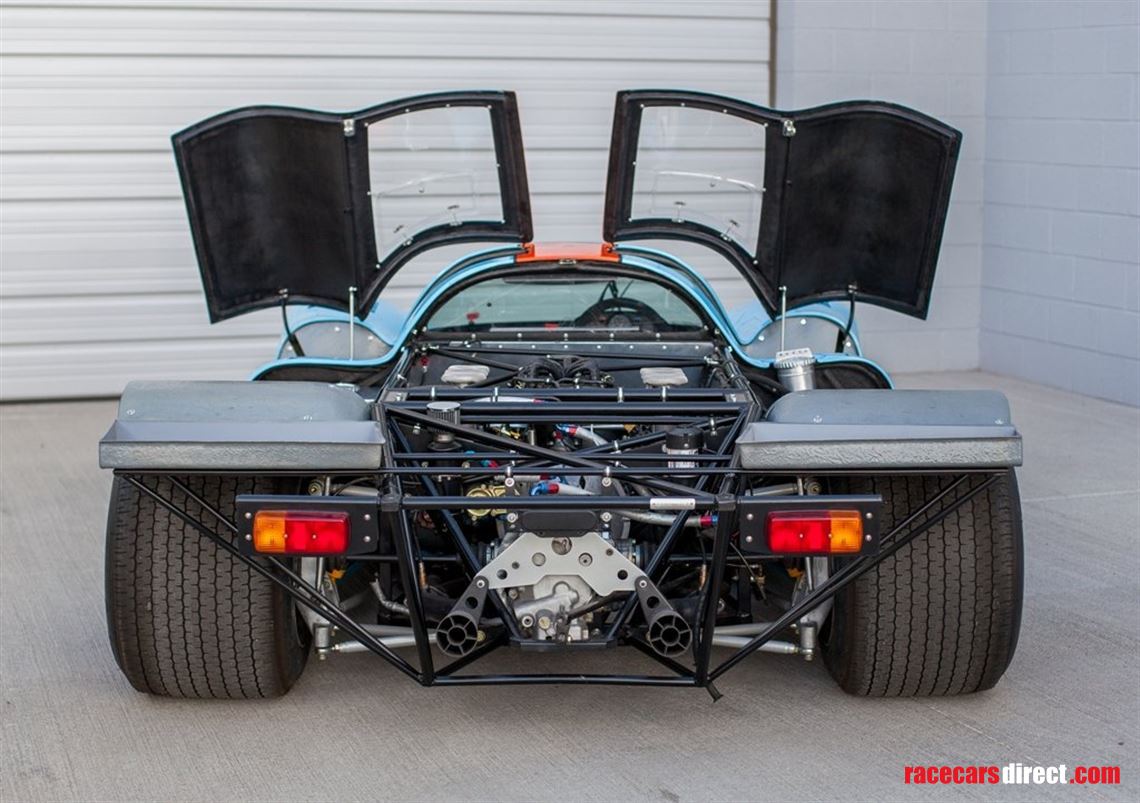 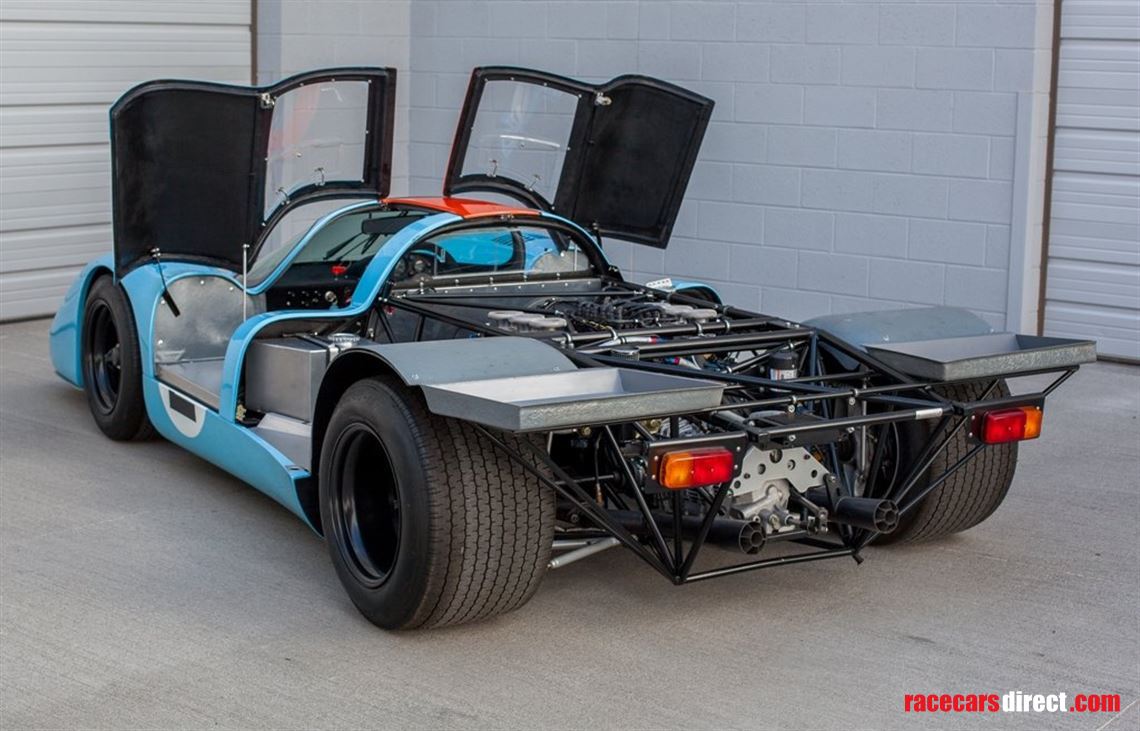 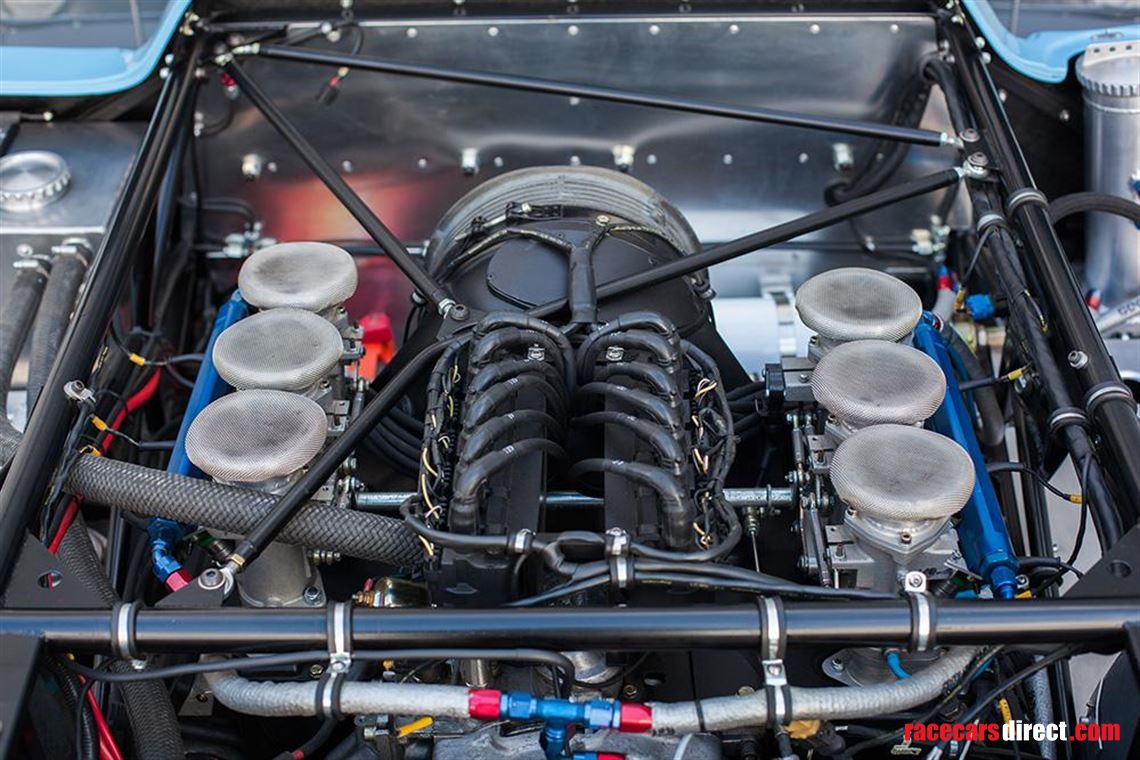 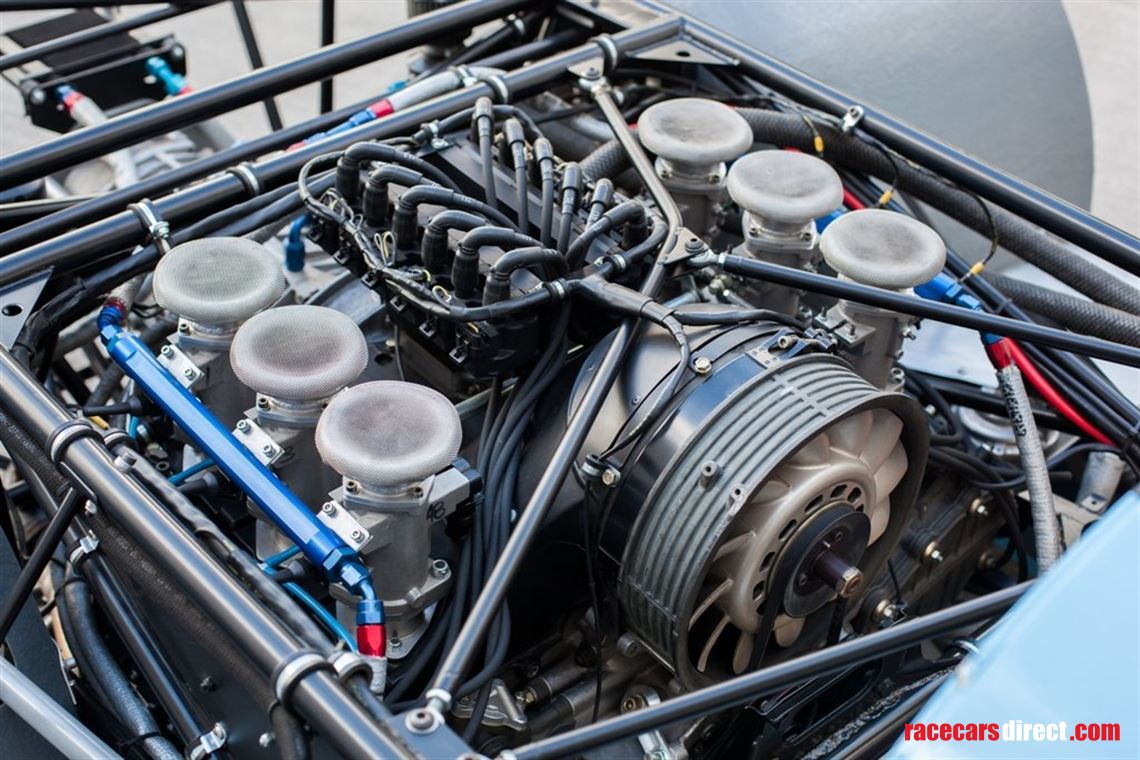 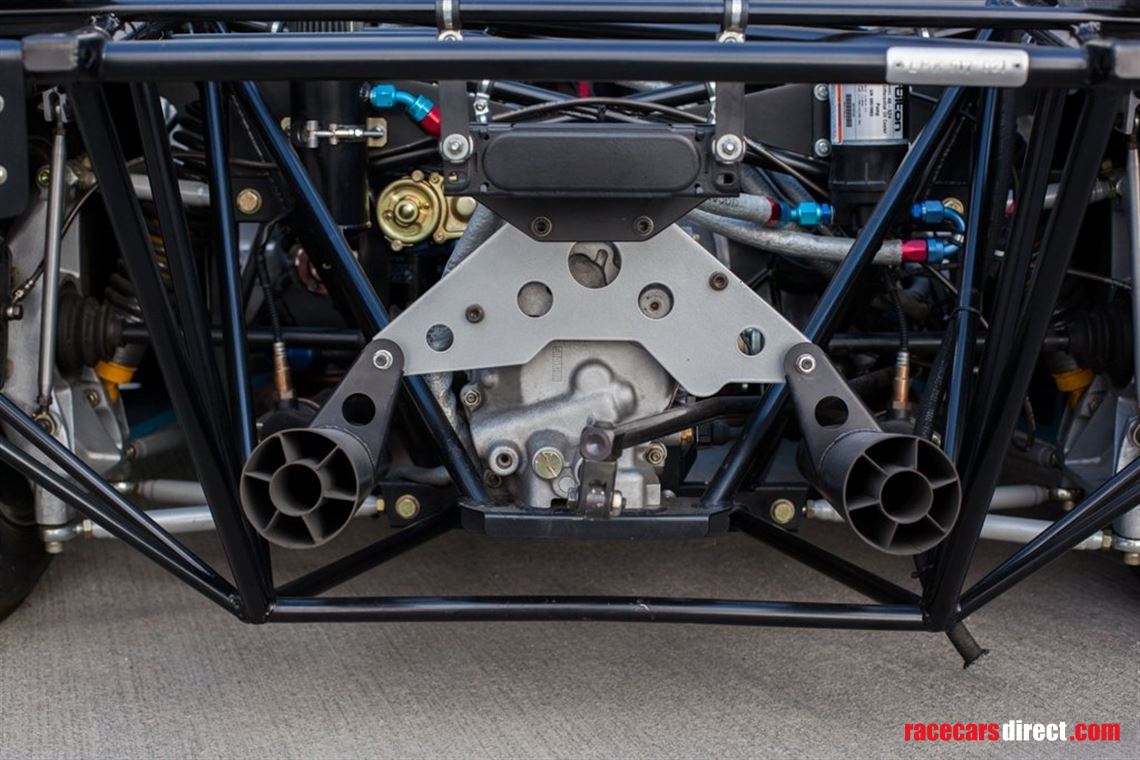 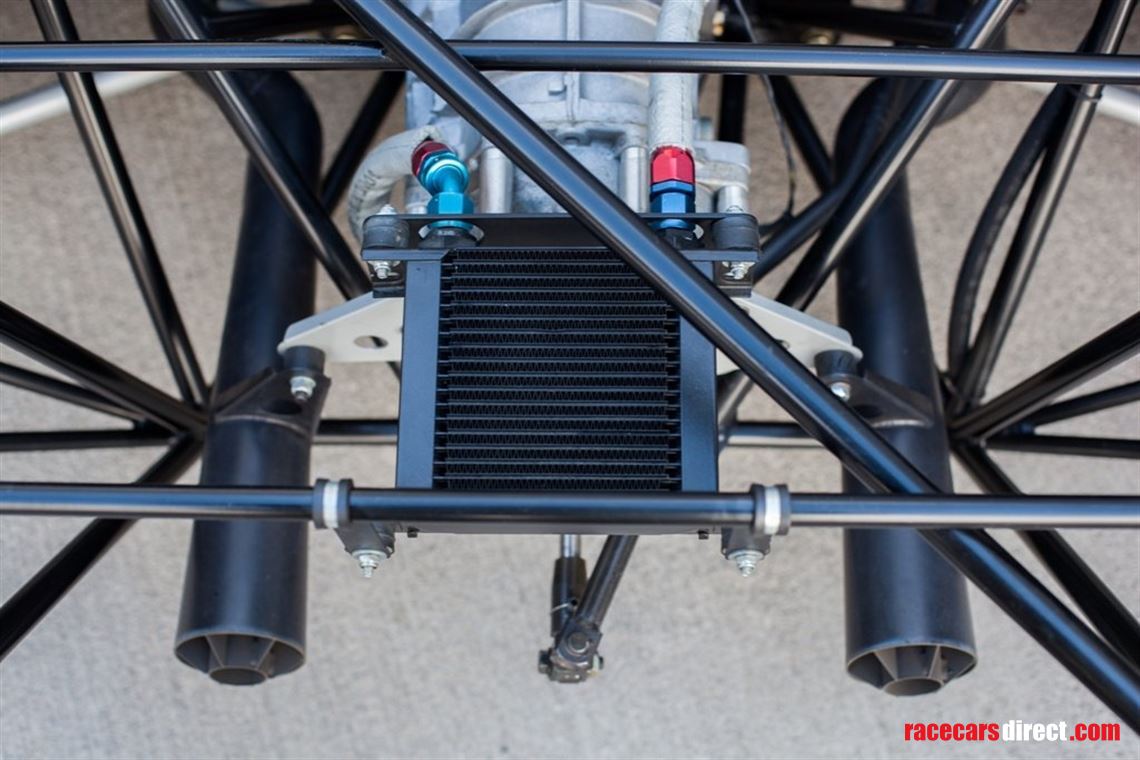 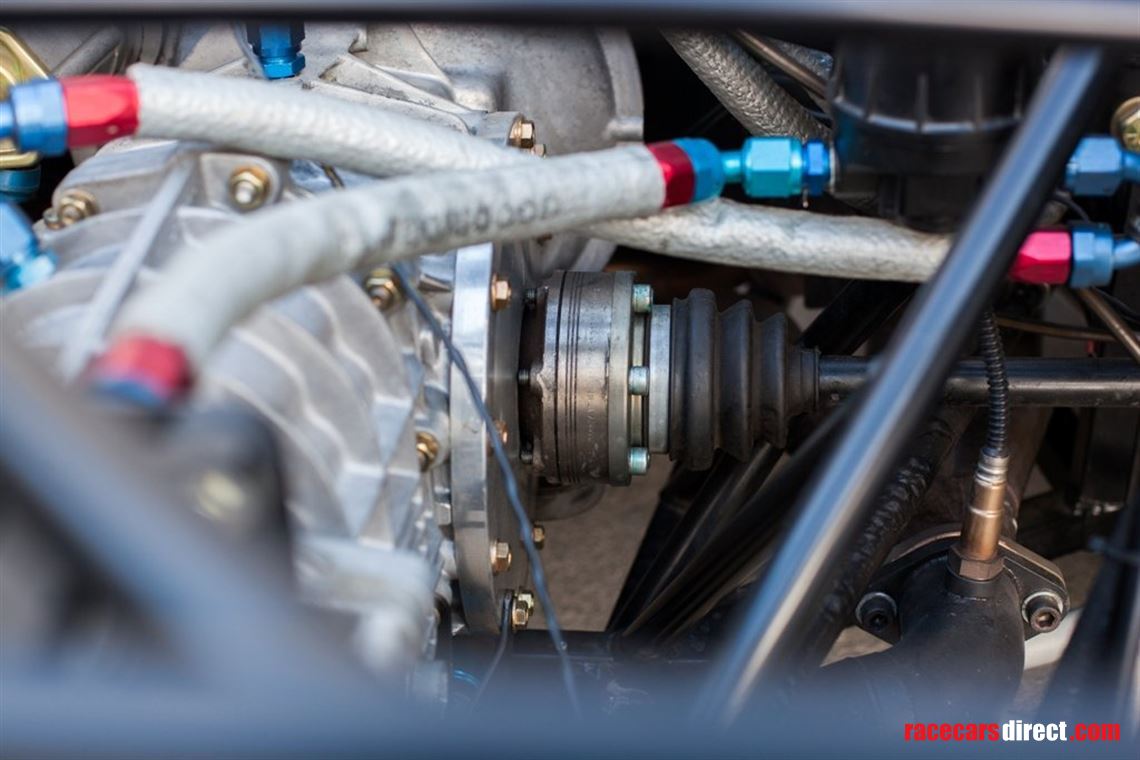 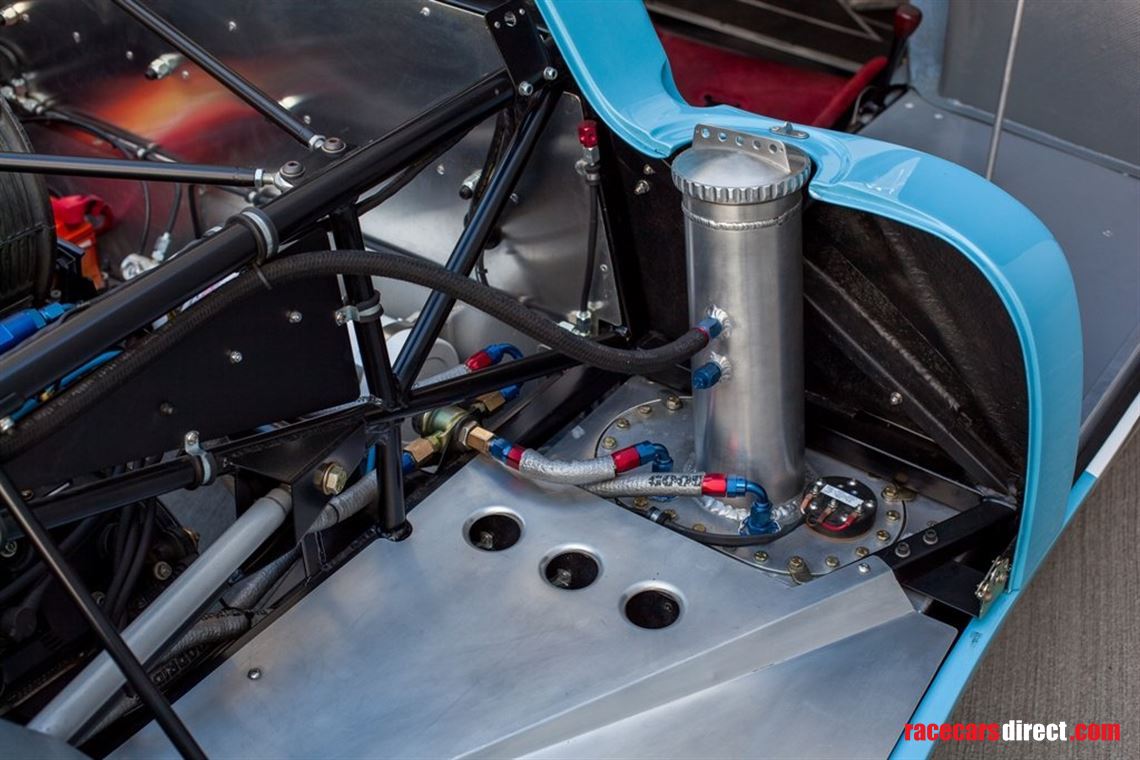 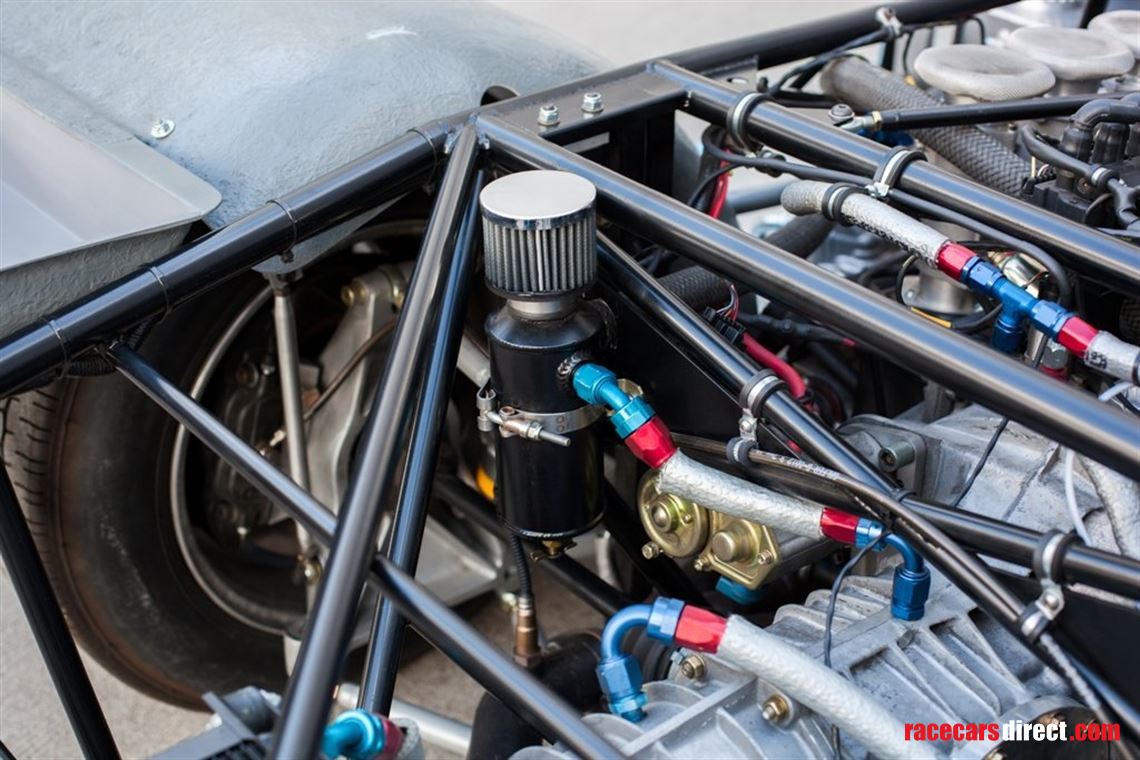 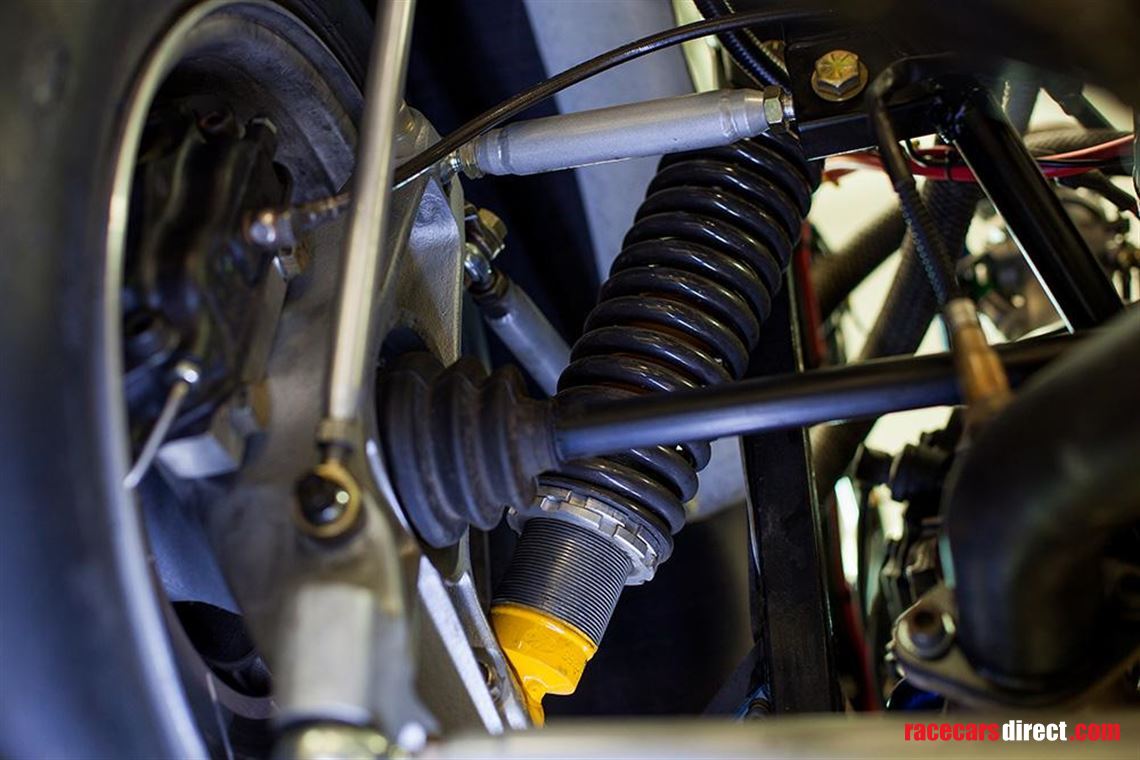 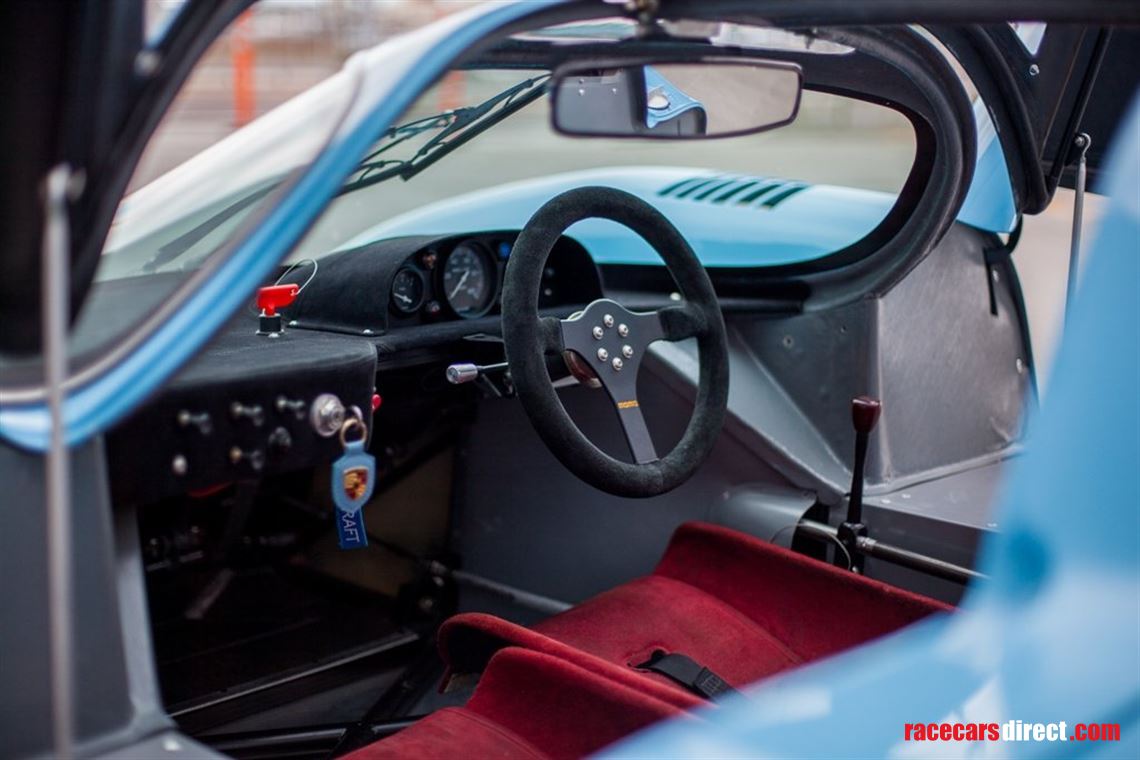 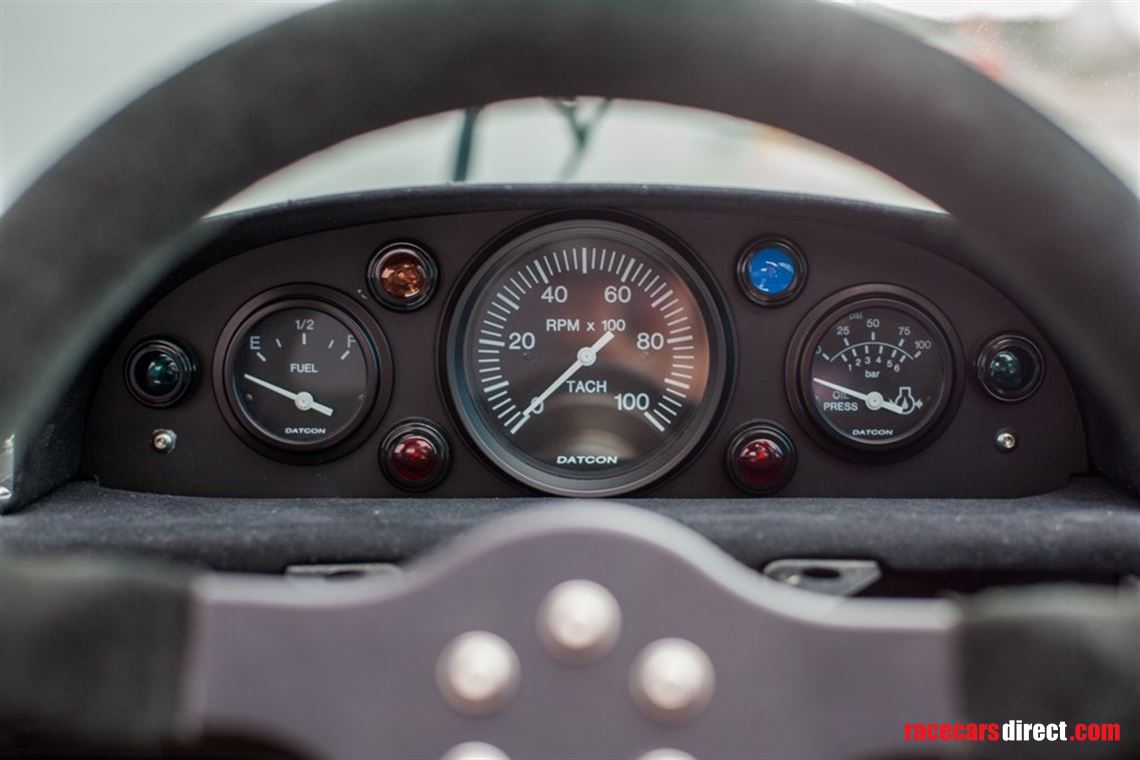 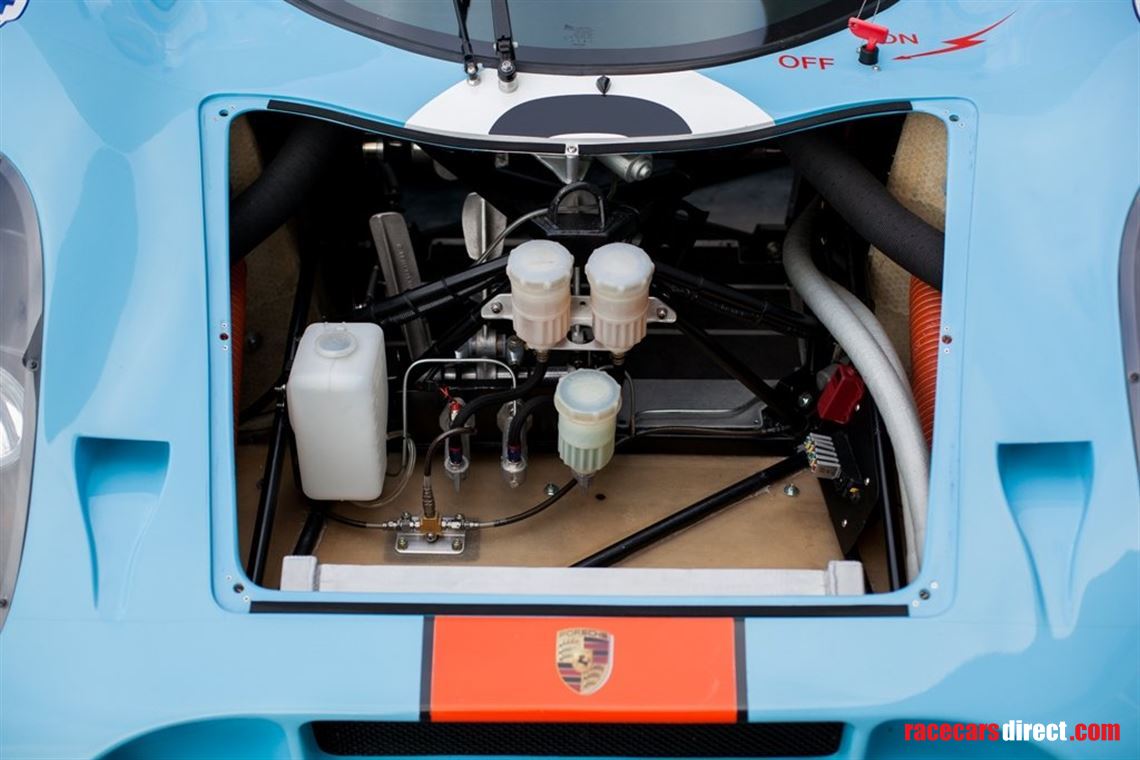 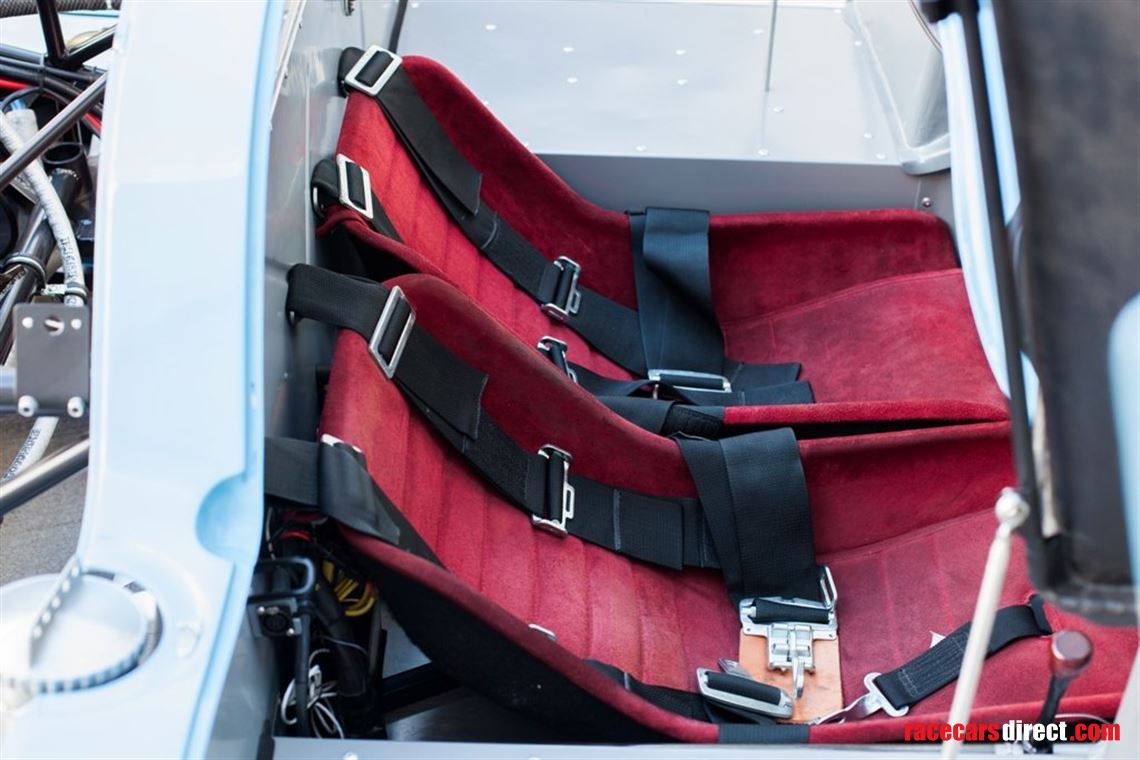 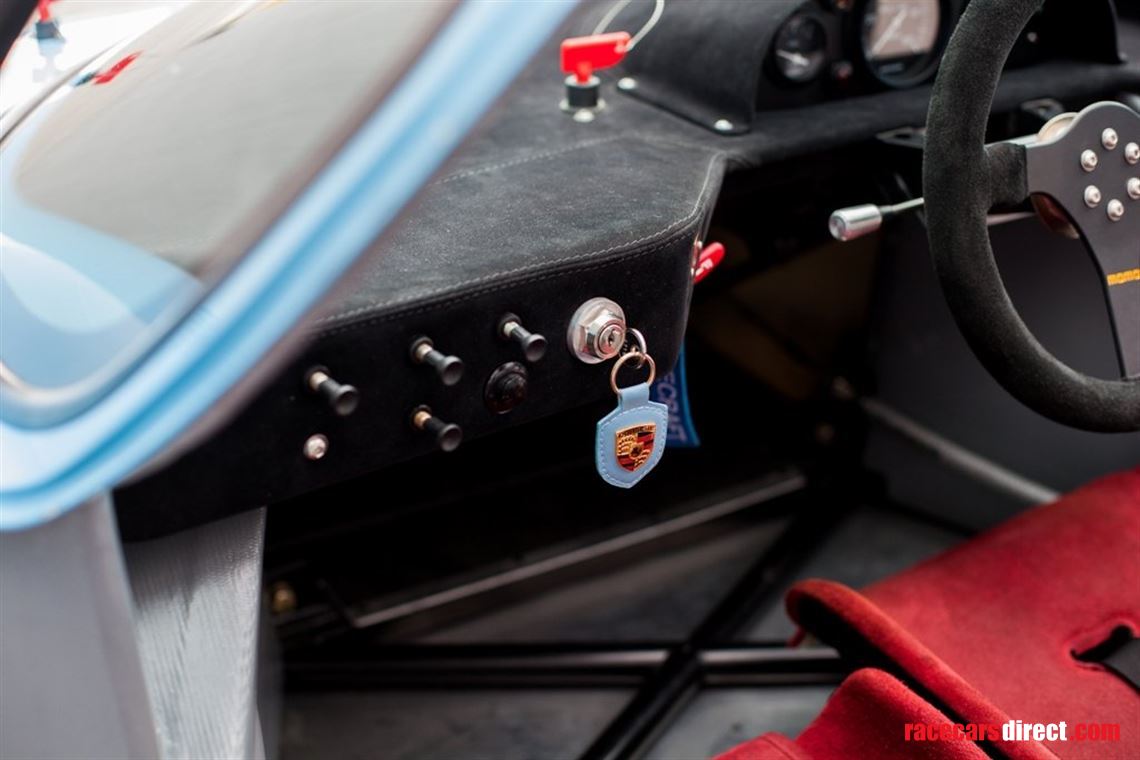 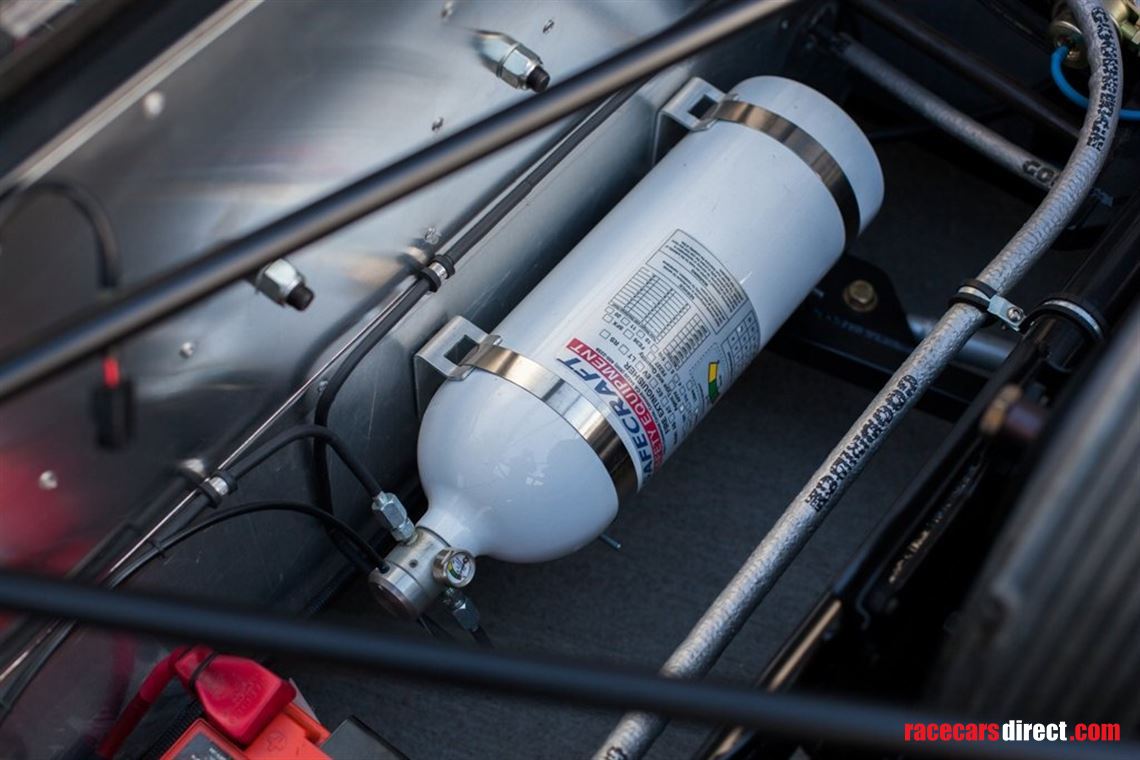 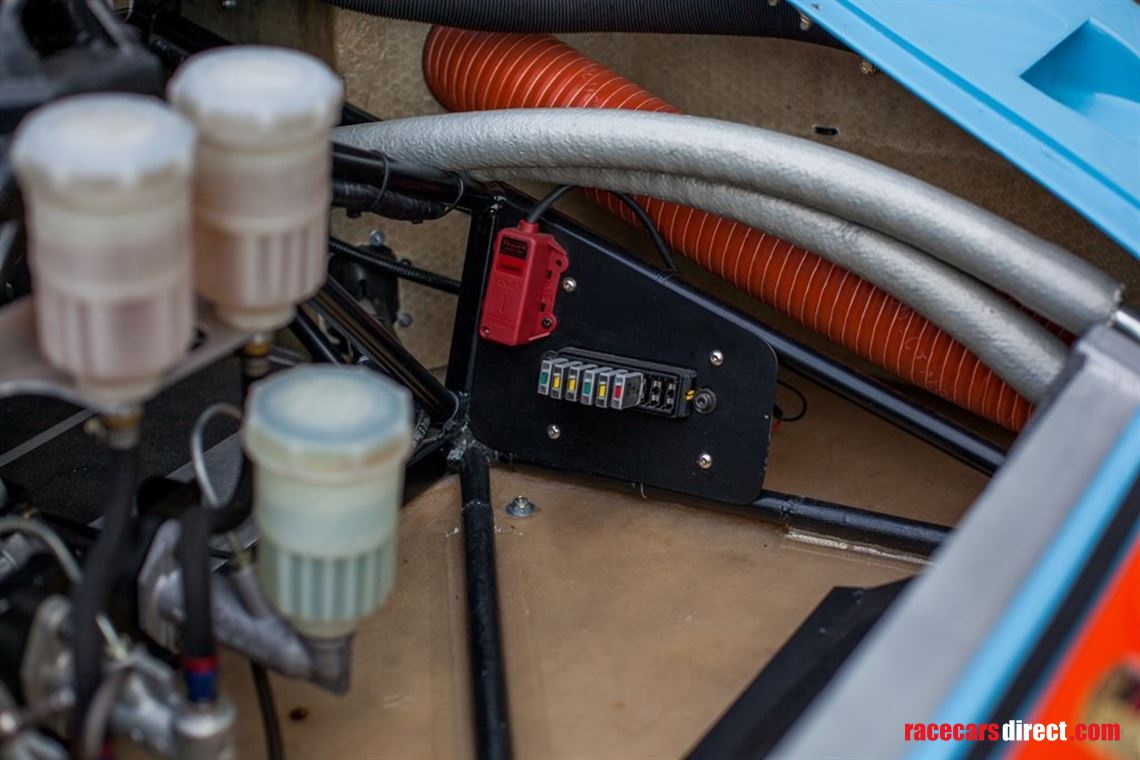 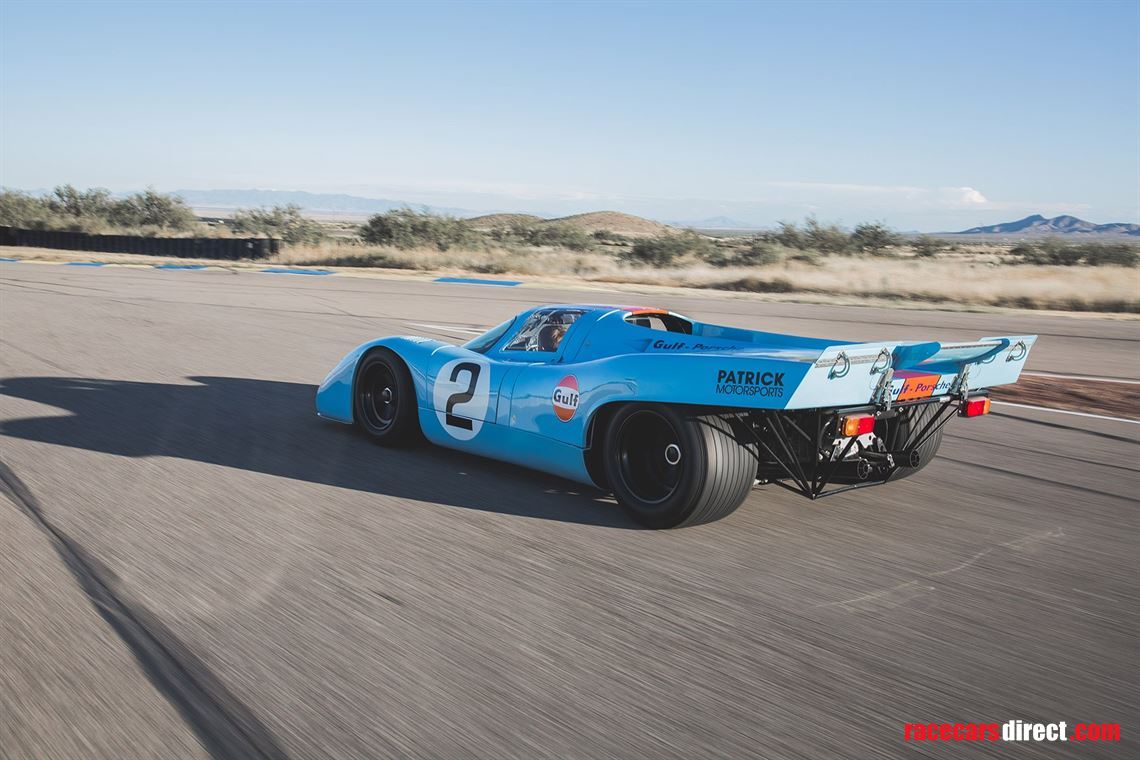 A History of Racing Dominance

The original Porsche 917 was rushed onto the tracks in its 1969 debut, and initially struggled with some handling miscues, but by 1970 it was so dominant the FIA rules had to be changed - twice.
The 917 went on to claim clear victories at Brands Hatch, Monza, Daytona, Spa, the Nürburgring, the Targa Florio, Watkins Glen, and at the Österreichring in Austria.
The season's greatest achievement came in June when the 917 took the overall win at the 24 Hours of Le Mans. The car won 9 of 10 races that year to secure the World Championship of Makes trophy.
The following year, the 917 had its way all over again. The car defended its world trophy in 1971 by winning 8 of 10 races and once again won the 24 Hours of Le Mans.

By 1972, the latest FIA rules made the 917 ineligible. So Porsche took the car to North America to compete in CanAm racing instead. CanAm had more lenient rules, so the 917 could compete with well over 1000hp. As expected, the 917 dominated there as well.

Only 65 Porsche 917s were ever built, seven exist in the Porsche Museum in Stuttgart, Germany, while many others are hidden away by wealthy collectors all over the world. Whenever a Porsche 917 pops up for sale, it tends to command sky high premiums (approaching $16 million) at auctions due to their prestigious history - and still inspire awe over their power today.

This 917 LMK is every bit as intense as the original, but it's new so you can actually take it to the track and enjoy it!  Lets take an in-depth look at the car:

The body, chassis, and suspension were built in a limited run by a company called Kraftwerkz - only a handful of these 917 LMK bodies were made. The complete build was spectacularly done by Patrick Motorsports in Scottsdale Arizona USA.
The 917 LMK has stunned crowds for years whether at the race track, PCA events, or in the Patrick Motorsports show room.
At one particular PCA event, an engineer of the original 917 was thoroughly impressed with the LMK. He commented on how the measurements are exactly correct to the Porsche race car.

Where this build wins is in the details. For instance, Pedro Rodriguez requested the additional piece of glass above the windshield on his #2 917, so he could better see the track ahead at Daytona. The overall craftsmanship is unparalleled - it's absolute perfection top to bottom.

The original Porsche 917 had a 4.5L flat 12. This one has a more usable and tunable 993 engine - fully built up to 3.8L. There are many practical advantages with the 3.8L over the original flat 12. First, the 3.8L still exists in an attainable way, and is much newer.

Although its performance is extreme, this car was built with reliability as a top priority.
Like everything on this build, the transaxle coolers (a Patrick Motorsports exclusive, developed with Setrab) are mounted in a way that looks and performs like factory spec.
The car uses a custom fuel cell developed between Patrick Motorsports and Fuel Safe for added safety.
The mechanical parts used in the build can be purchased at Patrick Motorsports' website for your air-cooled 911. The 917s body and chassis, however, will not likely be done again.

The 917 LMK's razor sharp handling comes via fully adjustable Koni shocks. The dual master cylinder brake system uses AP Racing calipers and rotors. The center lock style wheels are wrapped in fresh Dunlop racing tires- 11" wide up front, 15" wide in the rear. (Installed March 2017).
The communication between the driver and the 917 is near telepathic, with instant response to every command.

The nose contains easy access fuses, brake & clutch reservoirs, windshield washer fluid reservoir (the wiper works too!) and an AMB Transponder for lap timing. You can go to MyLaps.com to review all lap times recorded to this car.

This is a hyper-focused lightweight race car obsessed with speed.

Is it street legal? That depends where you live. We recommend driving it on the track. That's where the 917 LMK can really open up and be experienced to its full potential.

All required regulation racing safety equipment, including a fire safety system, race harnesses, a big rearview mirror, and all necessary switches. The seats, dash, and steering wheel are finished in Alcantara.

The DRIVE!
First, this isn't your Mercedes - getting in does demand a bit of flexibility - so take your time. You earned it!
Once buckled into the harness, even the most seasoned car enthusiast gets a little intimidated at the spartan race car interior - arranged closer to a jet fighter than any vehicle you've driven before.
You flip a switch or two, turn the key, and poke the beast.
It awakens with thundering hunger, shaking you and everything around you, including the small crowd that's always gathered to see the spectacle.

Today's modern computer-controlled "sports cars" coddle you in cushy leather, sound deadening mush, airbags, and plastic. They separate you from the machines at work, keeping you safe, distant, and comfortable, never in any real danger. Supercars now just play a movie of speed through the windshield.

The 917 LMK is not that. It will devour anything in its path, and you're at the controls, fully connected together as one visceral force.

The seating position is closer to lying back with your feet straight out - you gaze under the cars in front of you.

Other drivers are taking pictures and keeping their distance, as they should. They'll never see another one of these.

Your ears tingle at the sheer volume of air being consumed, twisted, compressed, and detonated directly behind you.

The road opens up, you pick out something in the horizon, and stab the throttle. The beast screams a thousand hurricanes made of atomic bombs, and suddenly you're there.

The 917 LMK delivers a sensation of speed that can't be replicated by anything modern.

At first you were scared, but now you're Steve McQueen owning the final lap. The crowd cheering, festivities clamoring, champagne exploding in Your Name.

Giggling like a man in a dream, you eventually conclude it's best to bring the car back home. You survived this round, and have fallen in love with your new rocketship.

Safely behind closed doors, you turn the key, and set the 917 back to sleep with the rest of your collection. Bending yourself out of the cockpit, you're likely still shaking. Still questioning whether this is reality. That's what this car does to you.

A beautifully executed homage to one of the titans of motorsport. Finished to exacting standards.

Built to the highest standards using original plans and specifications