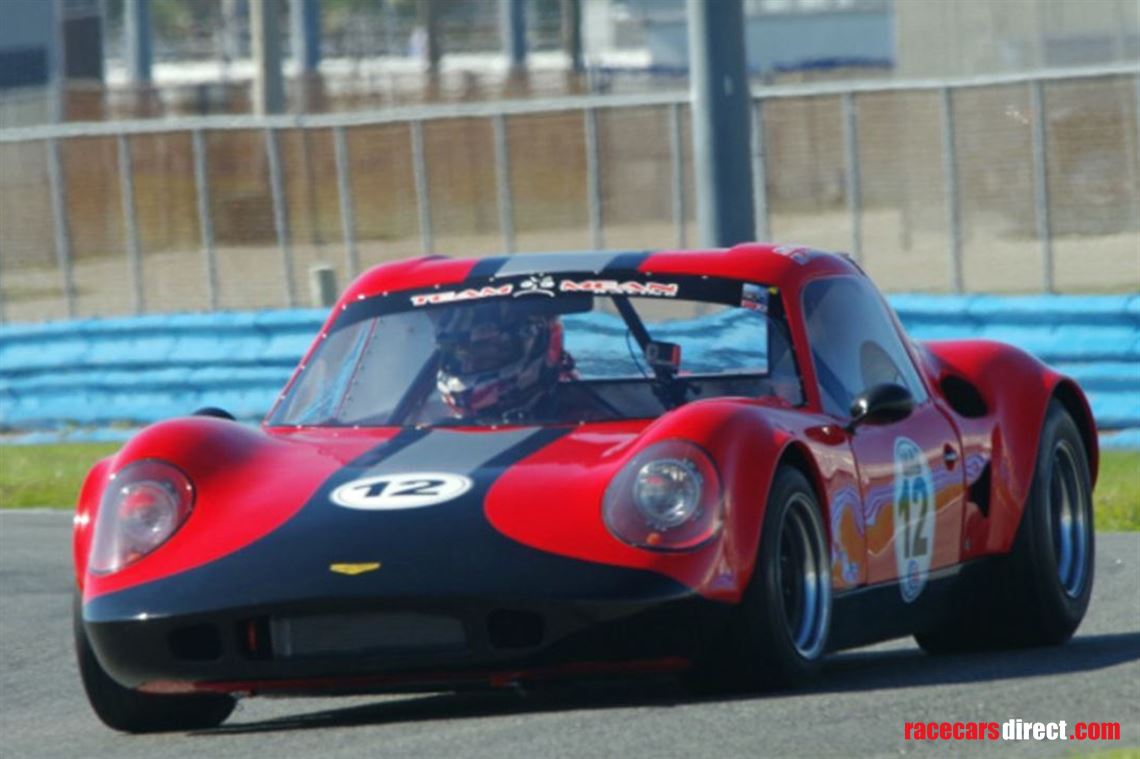 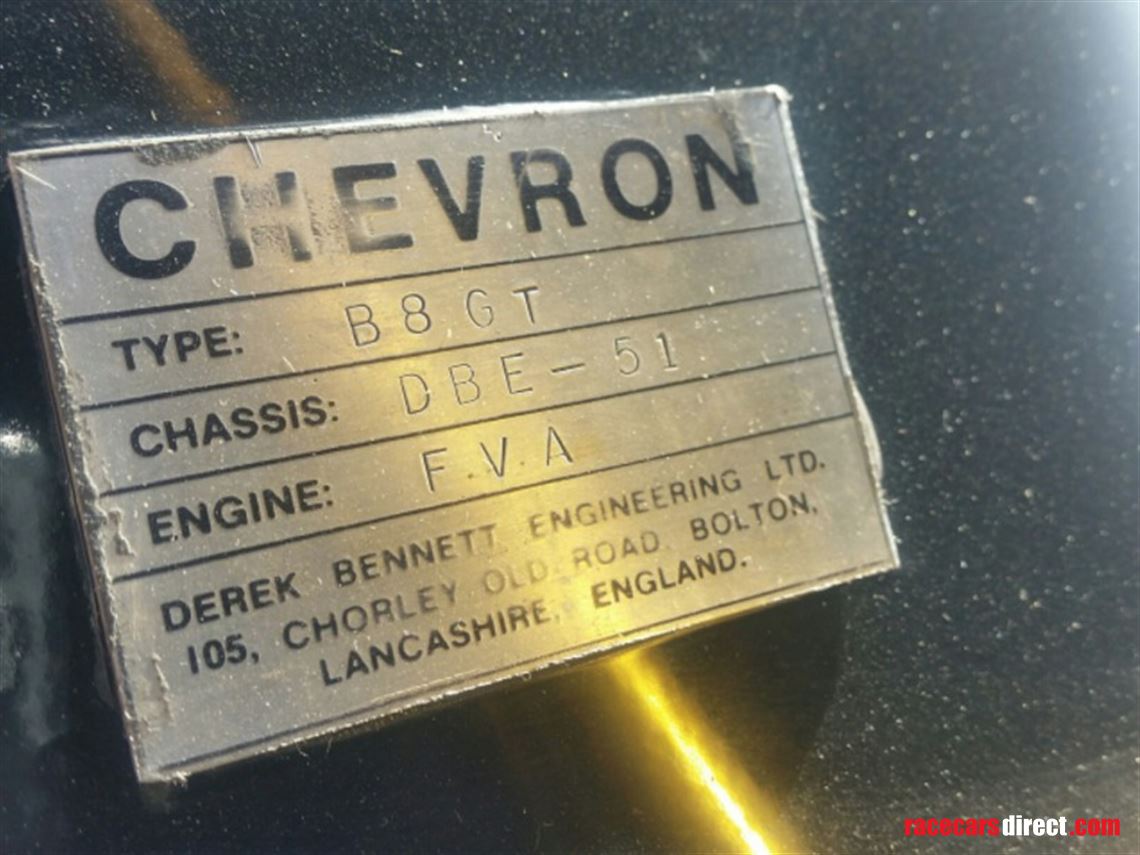 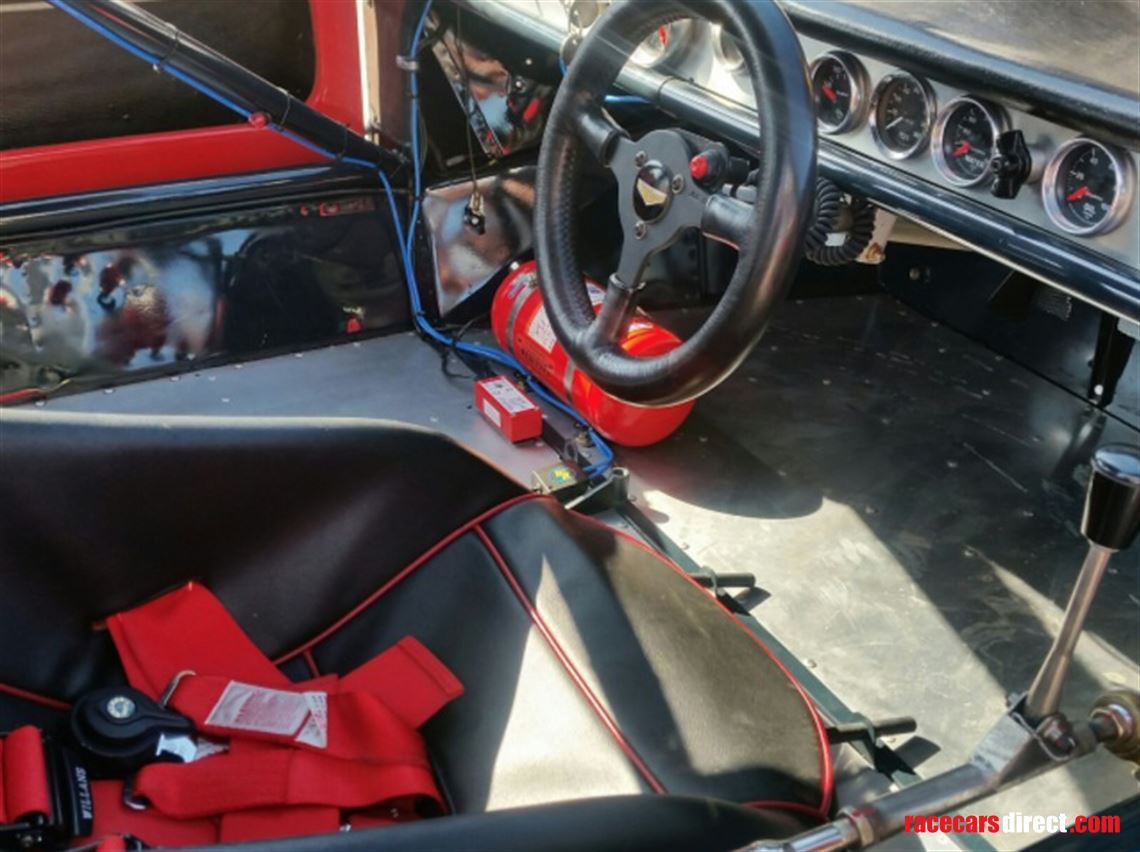 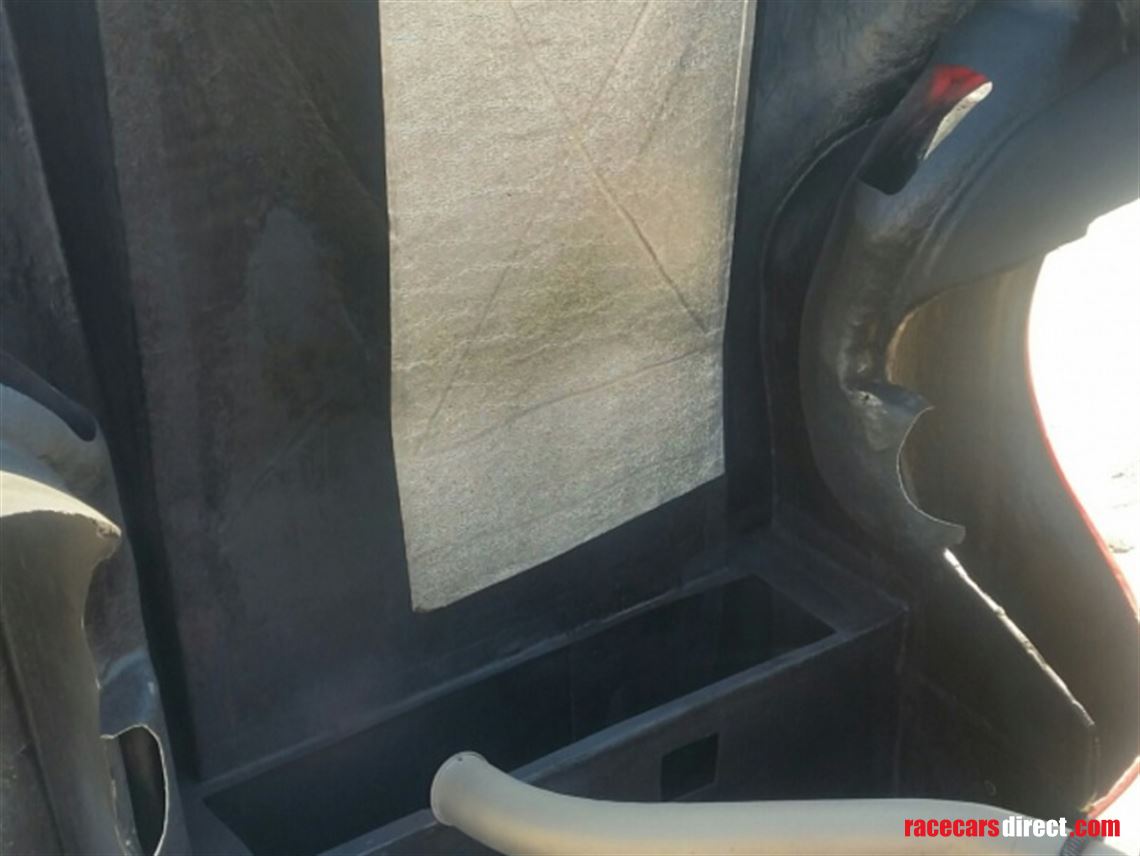 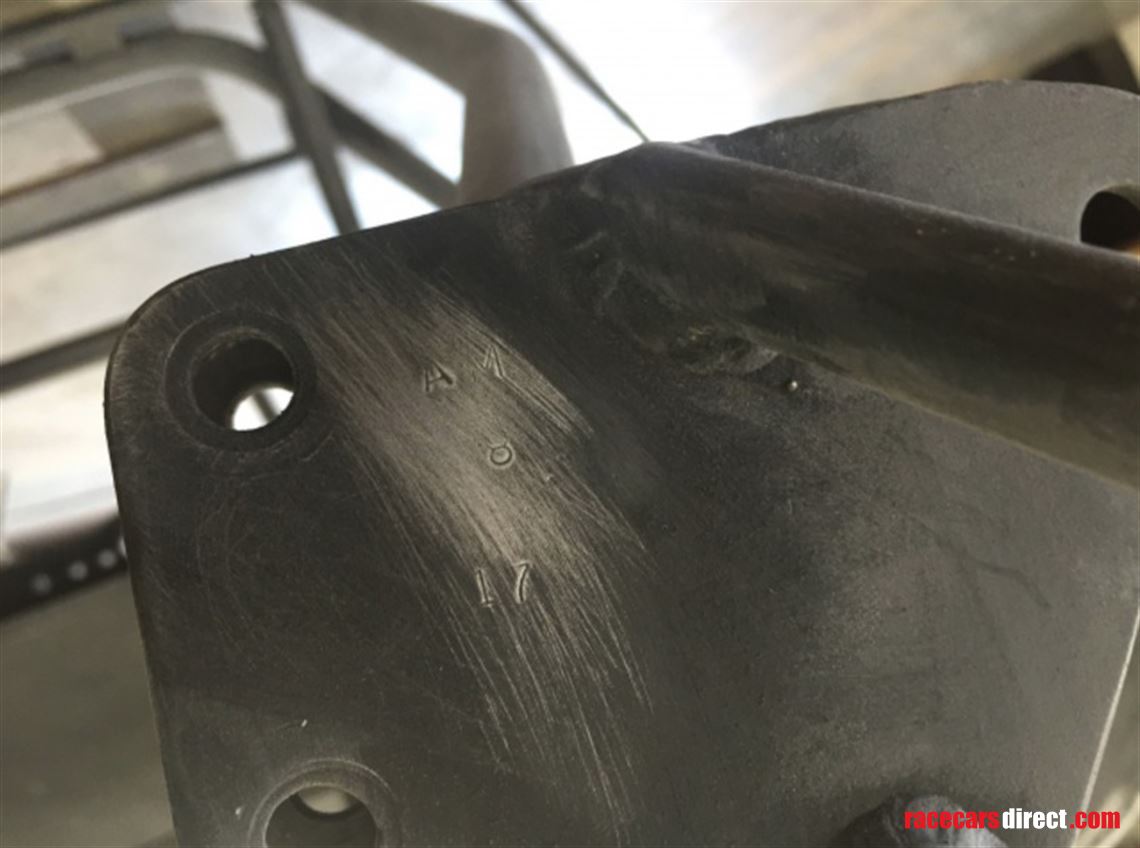 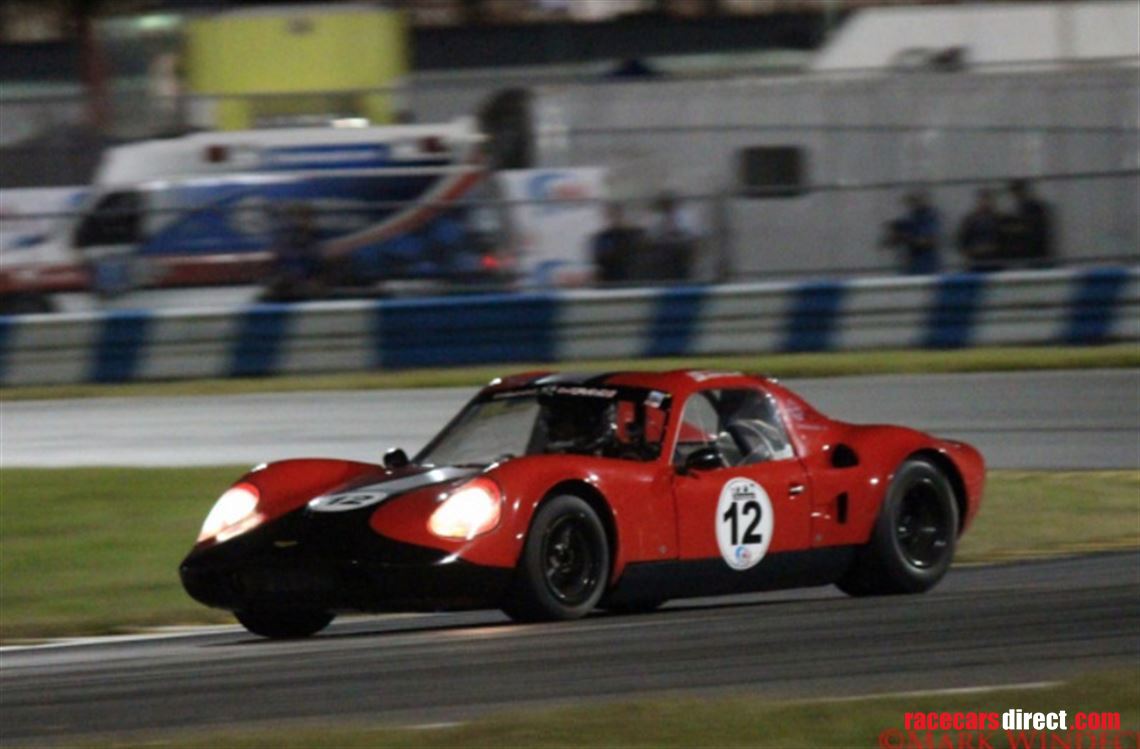 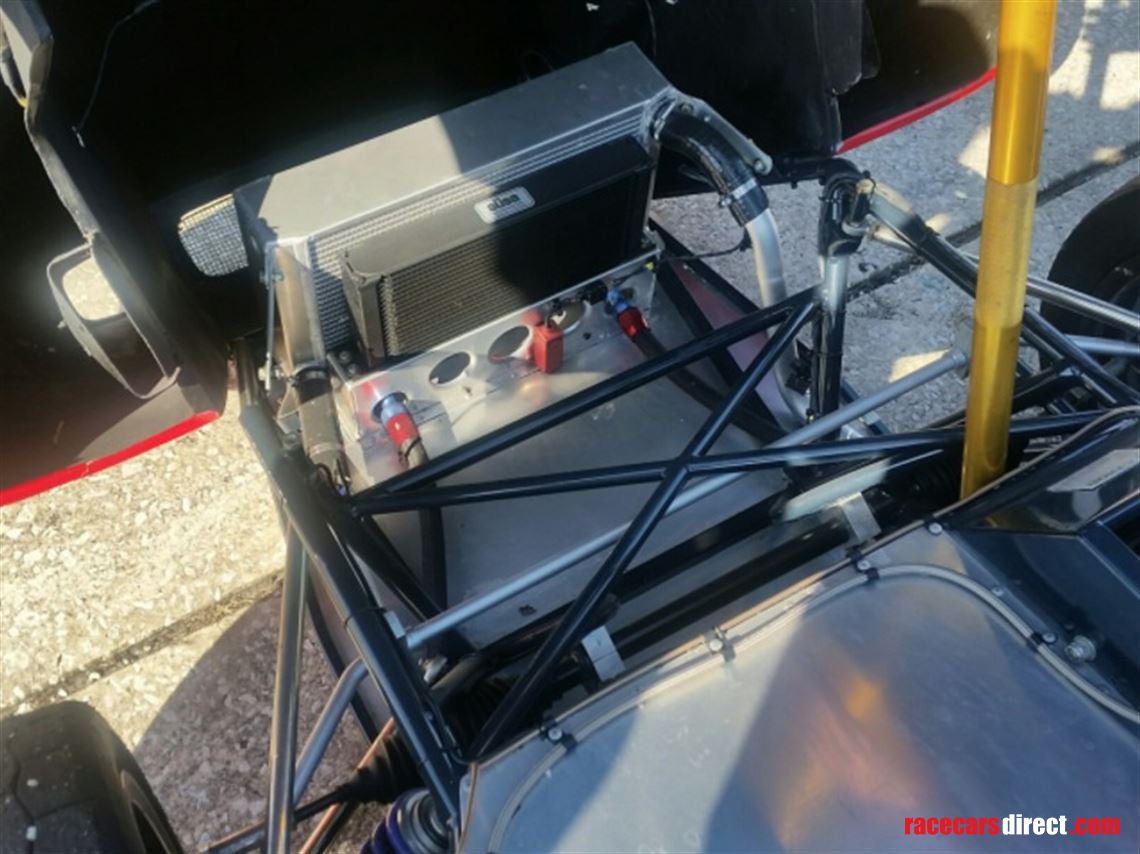 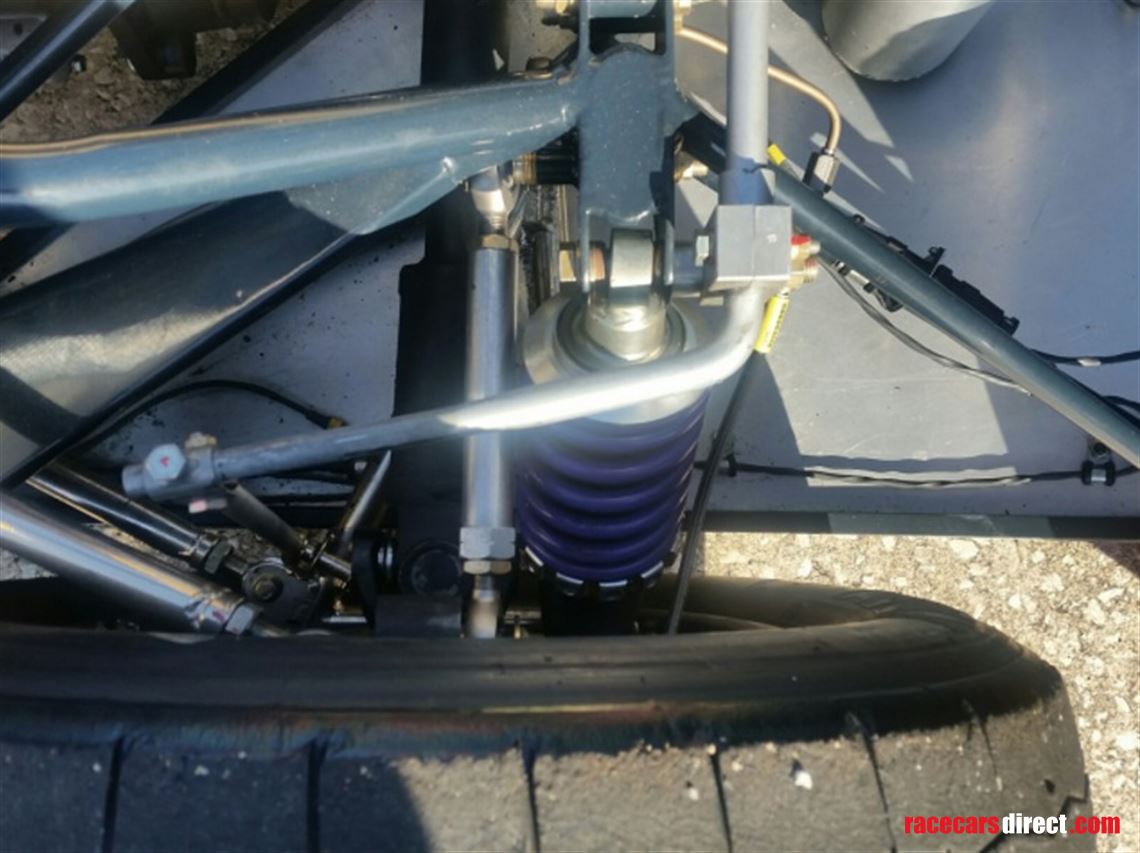 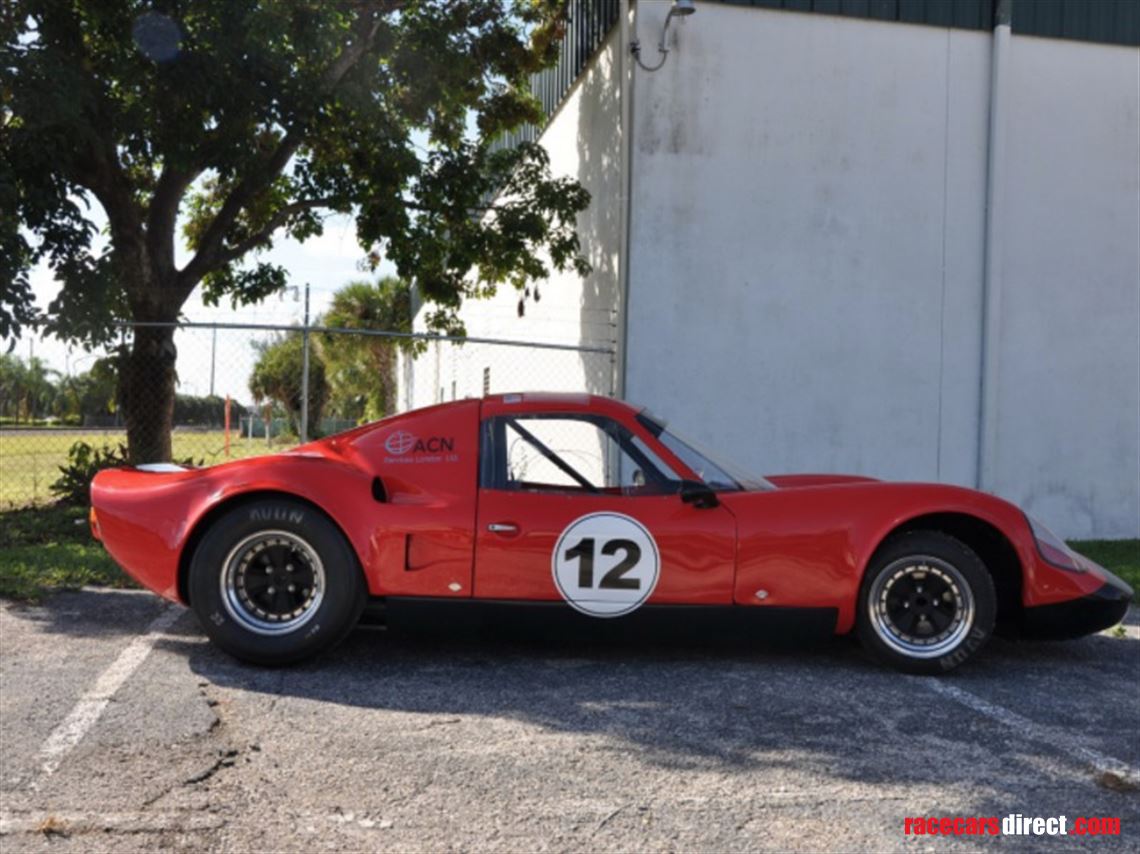 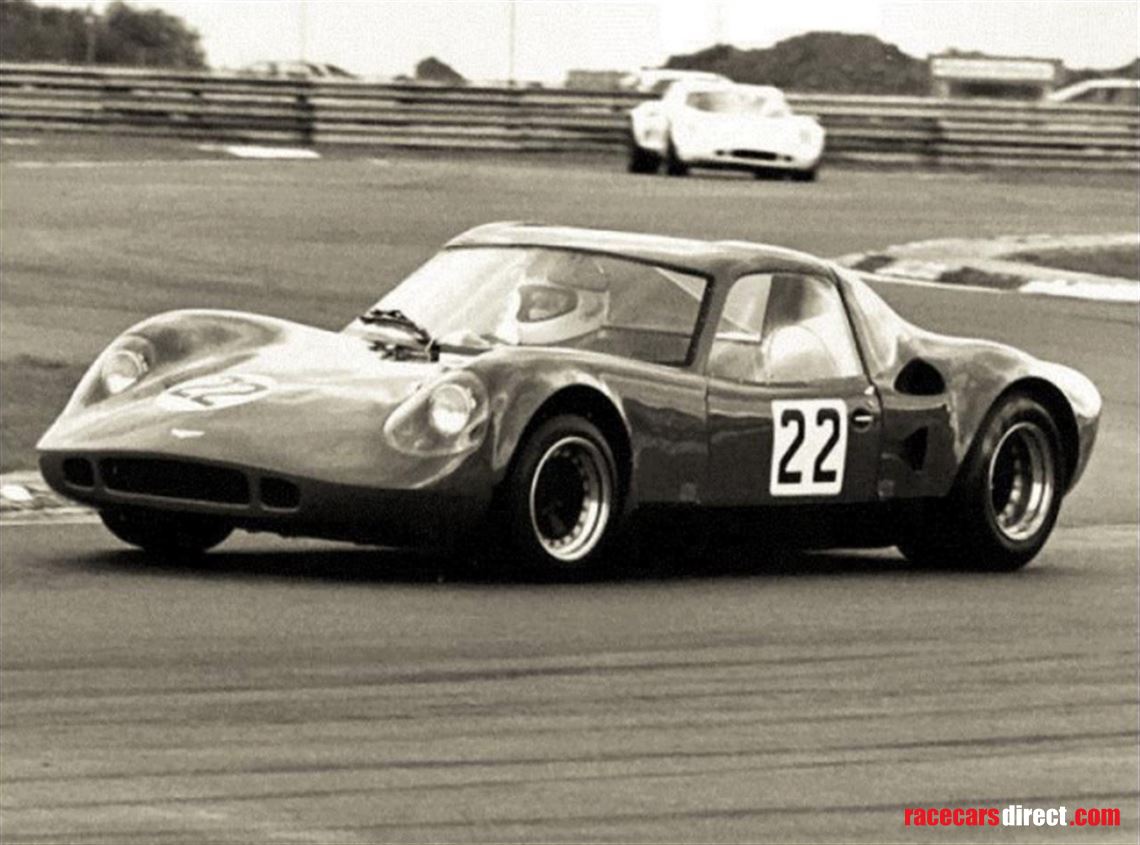 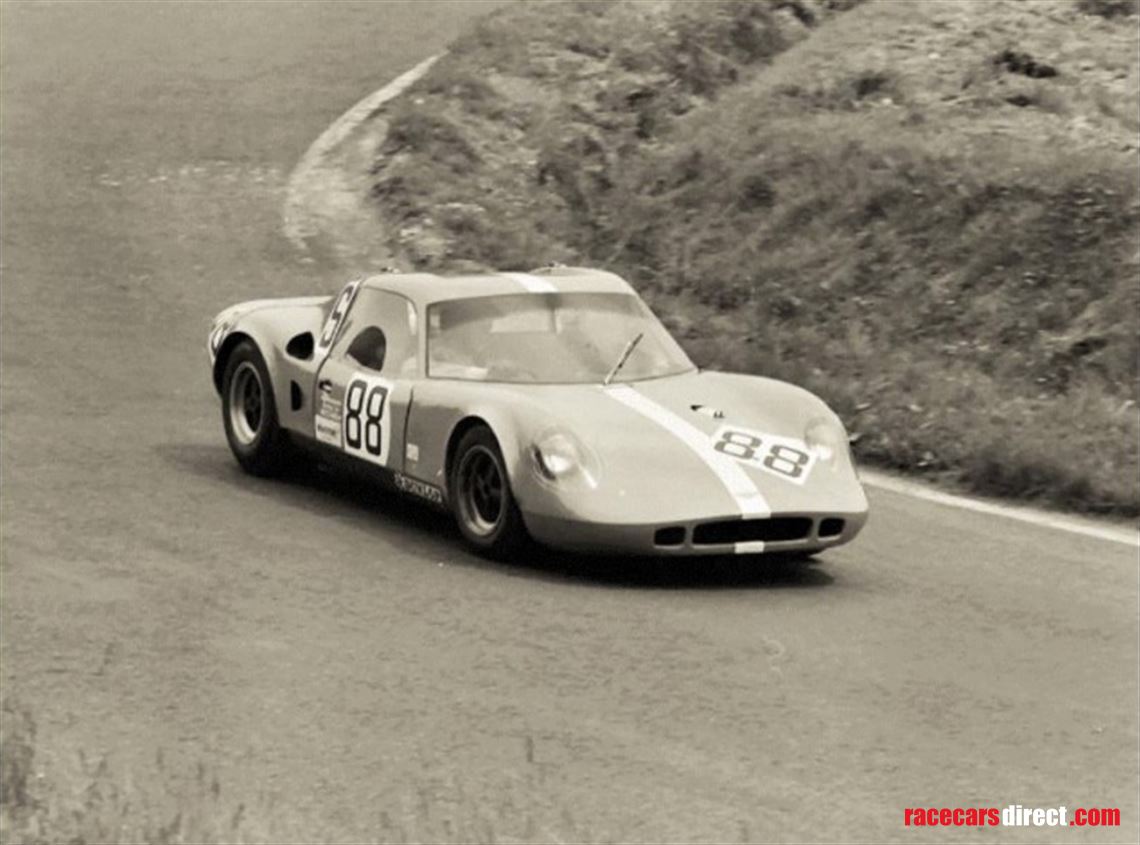 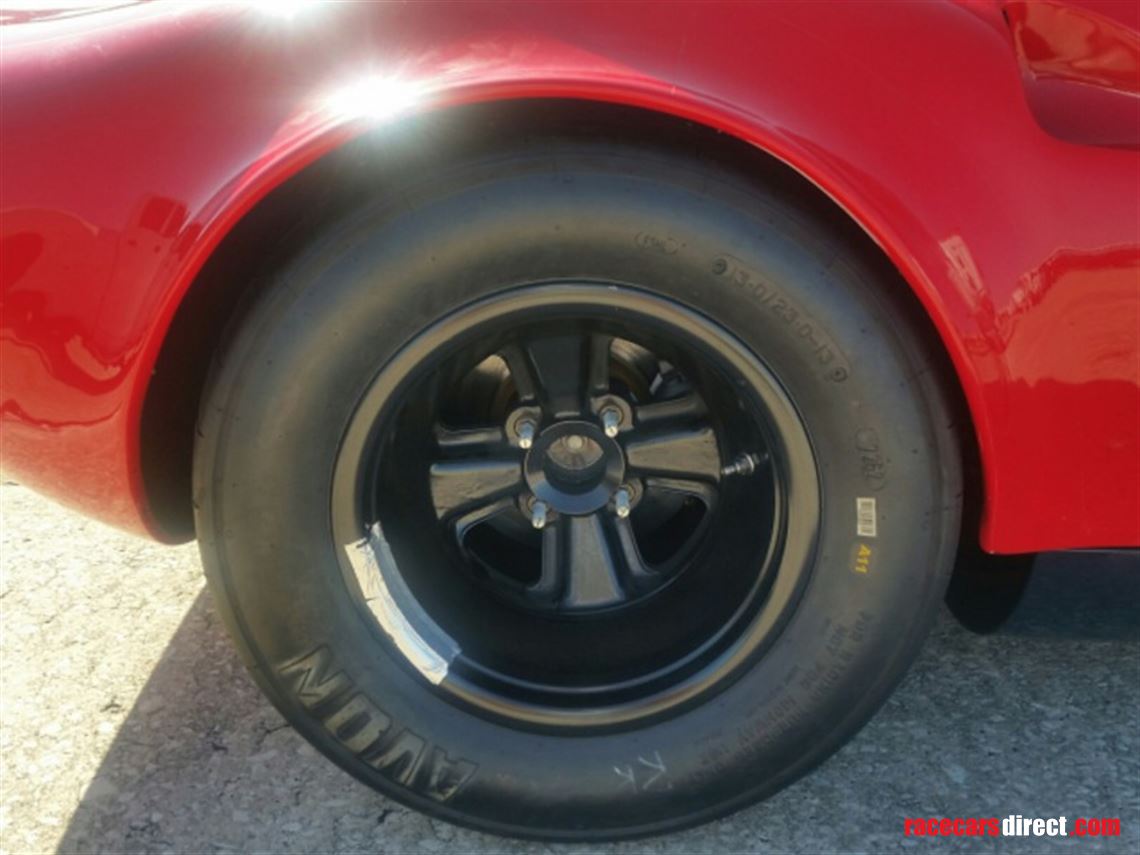 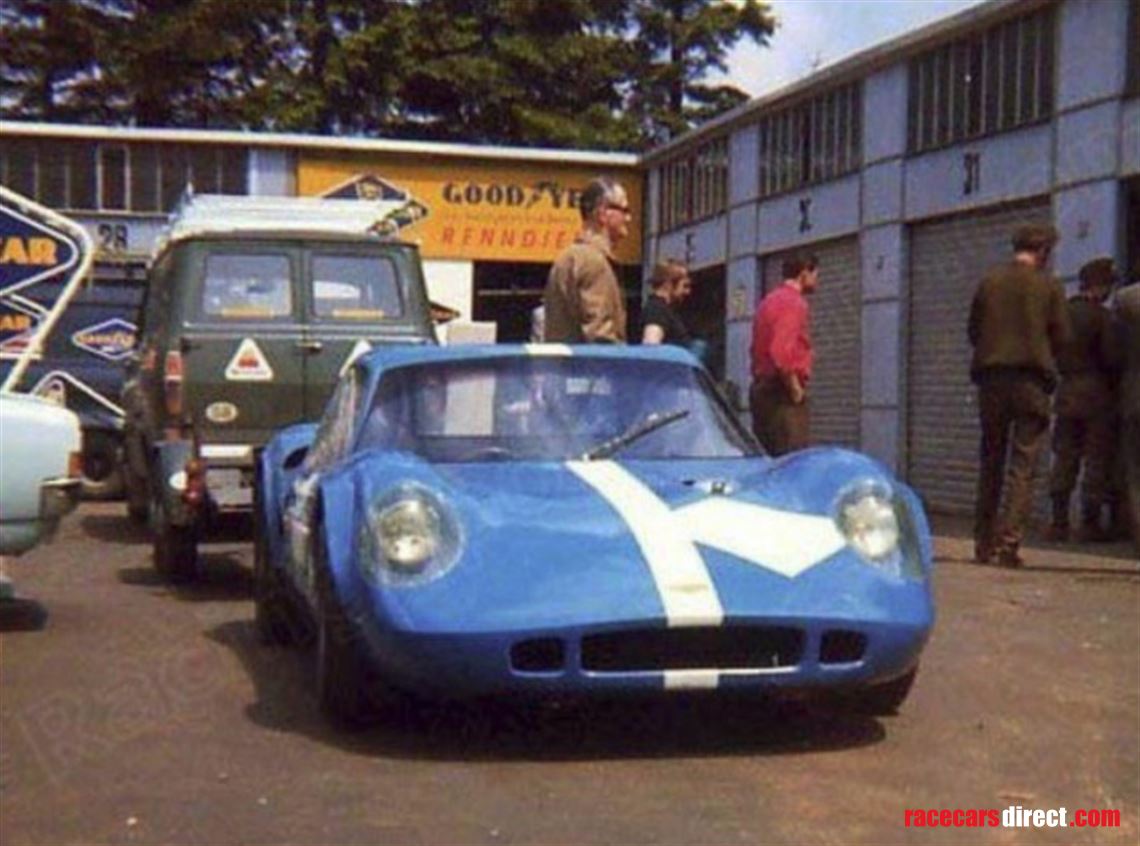 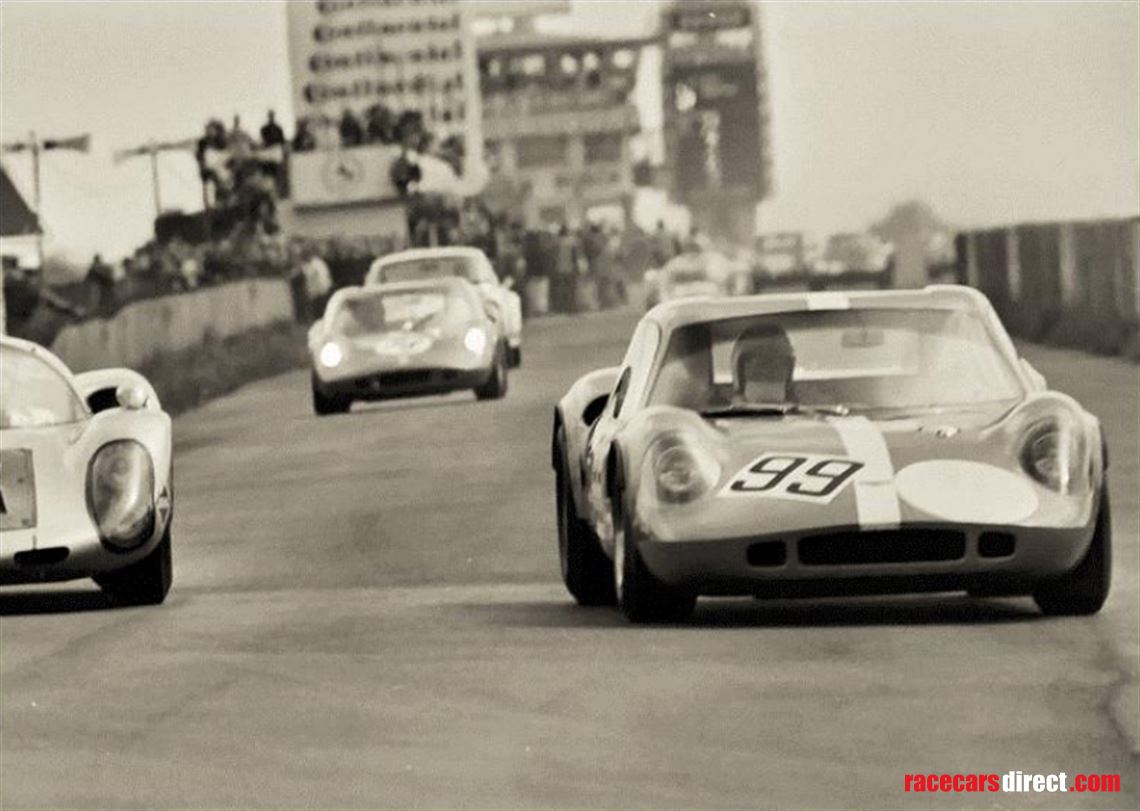 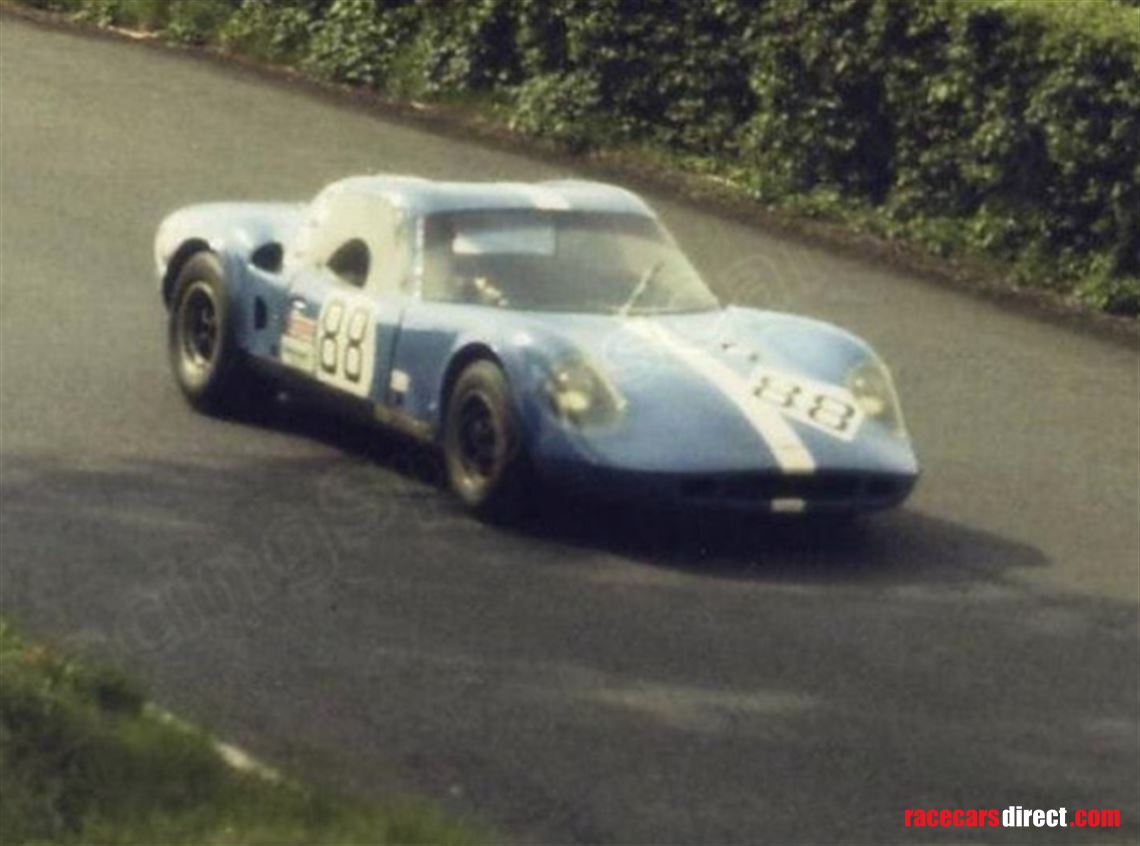 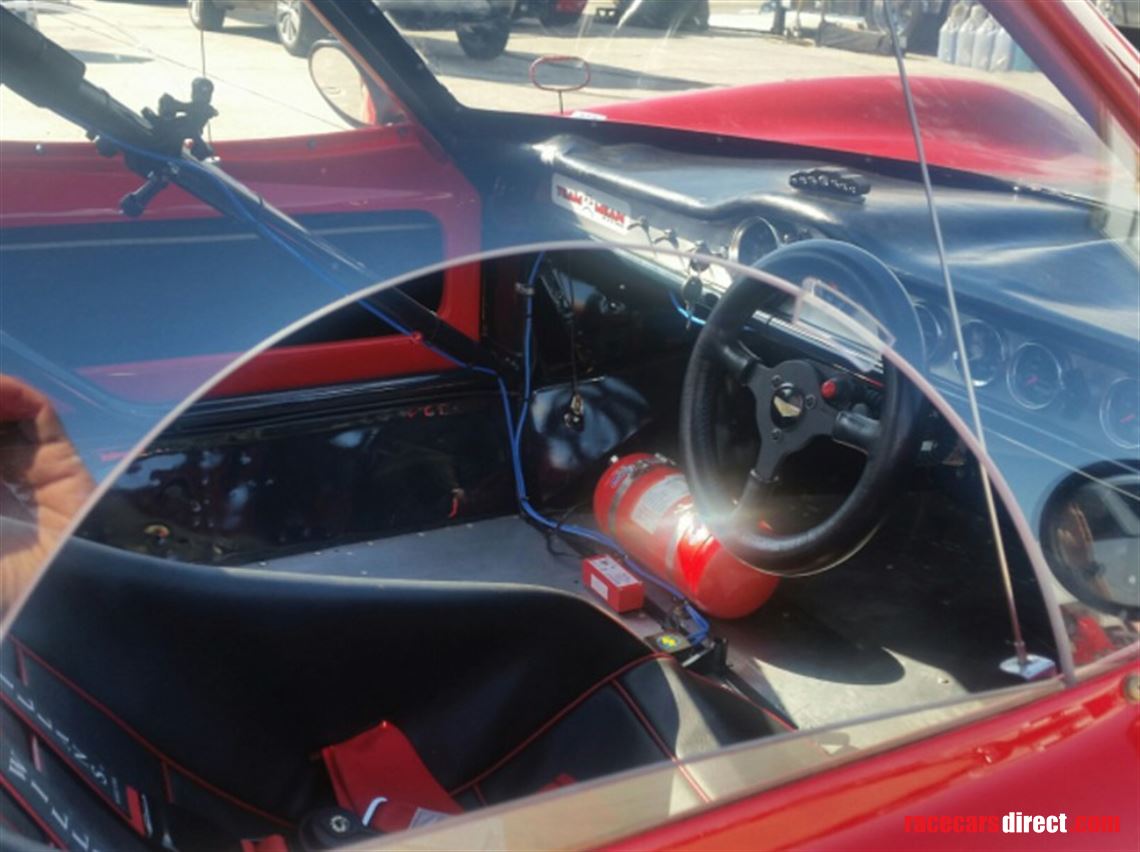 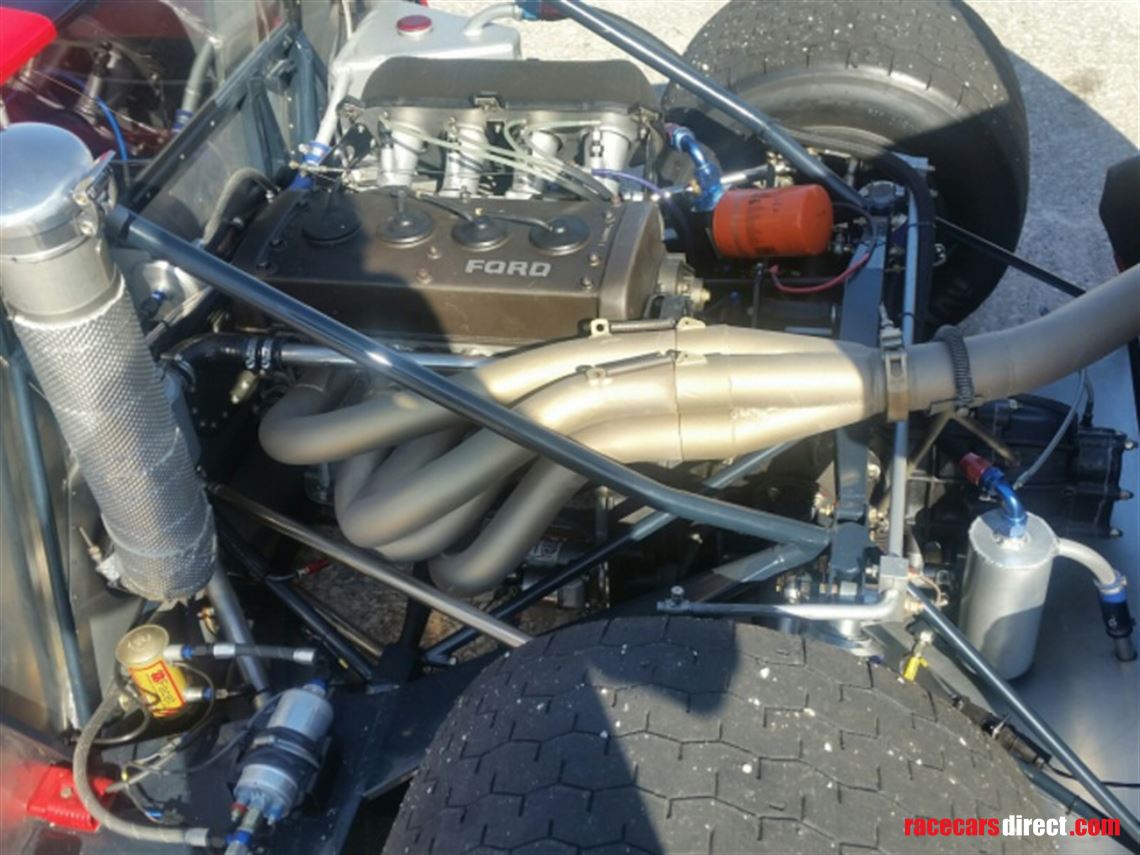 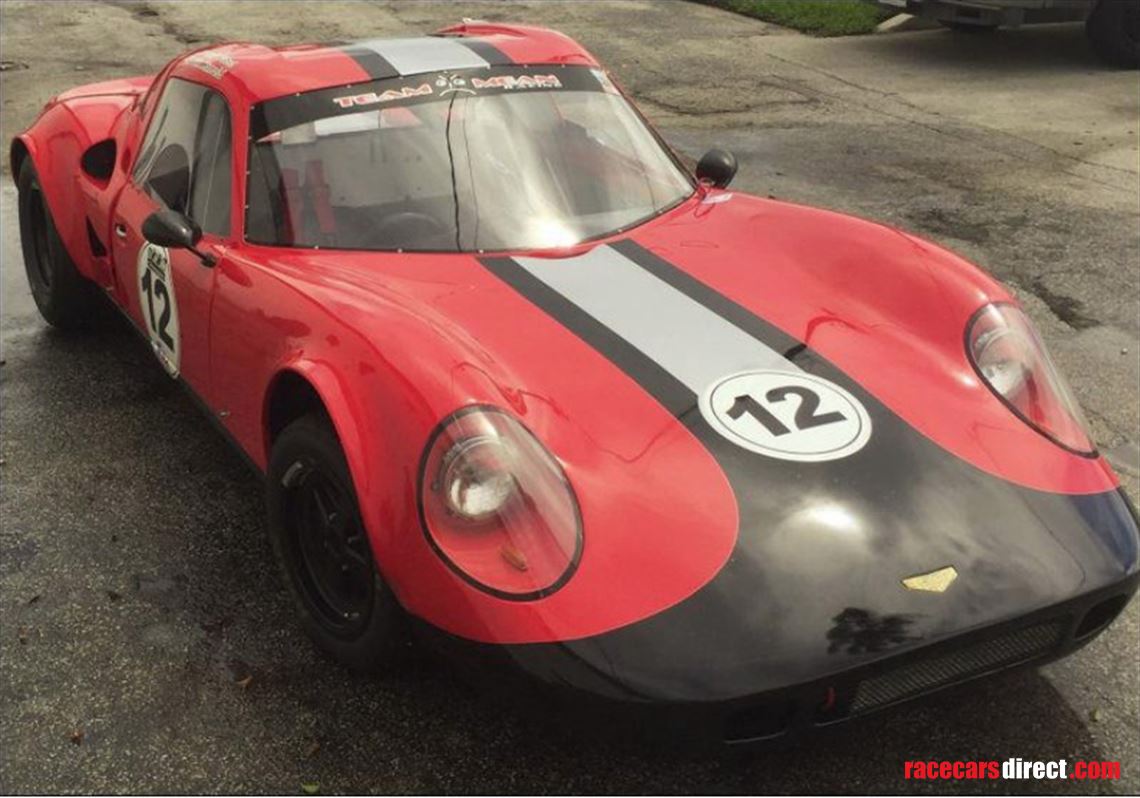 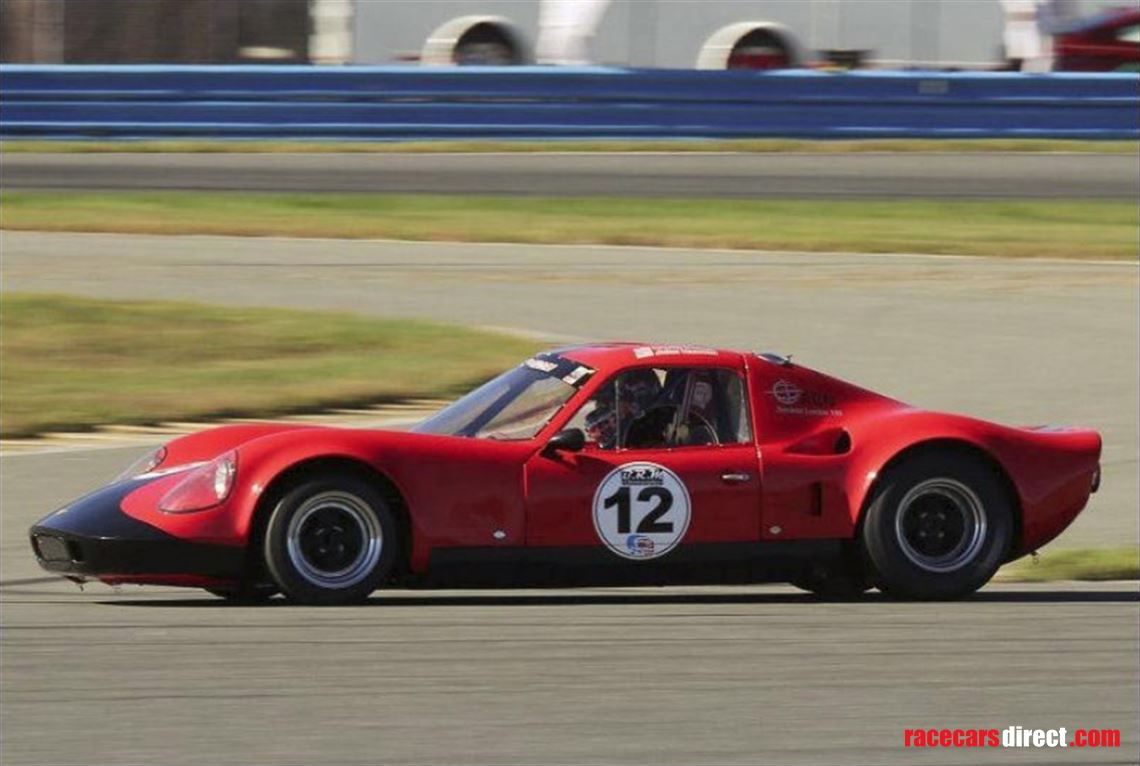 Chevron cars had burst onto the GT racing scene in 1966 with a dream debut for its B3, the very first GT car produced by the talented Derek Bennett, winning at Oulton Park in its maiden race. To racing driver John Lepp, observer at the Chevron's first track test at the same venue, this came as no surprise having already seen the GT put in a lap no less than six seconds under the GT record.

Its closely resembling successor, the Chevron B8 - more often than not powered by BMW's two liter, overhead camshaft, four cylinder engine - went onto dominate national GT racing and enjoy much success in Europe from 1968 onwards. The B8 used a space frame chassis with all independent wishbone/coil spring suspension, while its svelte and curvaceous fiberglass bodywork made it one of the prettiest GT/sports racers of its era. With its mid-mounted engine mated to a Hewland transaxle, it was duly homologated for the international Group 4 class, and it too proved highly successful: the car made its race debut at Cadwell Park on March 3rd 1968 and just over three weeks later, an example, driven by John Silverstone, took an outright win in the GT race at Silverstone; John Lepp then went on to take overall honours in the 1969 RAC Sports Car Championship.

By the time production ceased in 1970, Chevron had only built 44 B8 models of which 34 with the BMW 2.0 litre engine and only 5 with the Ford 1600cc FVA engine. Whichever power unit was fitted, the B8 remained a superbly effective racing car and highly competitive in international racing, thanks to its combination of superb agility and outright speed. The situation is no different today in historic racing where the Chevron B8 and Bolton's best is a regular podium finisher in sports and GT car events.

We are proud to offer an ex-John Lepp Chevron B8 chassis CHDBE-51 for sale; one of only 5 cars build with an FVA engine which is also the power unit in the car today.

This pristine B8 is very well documented with continuous ownership from new (see the History section below) and benefits from excellent in-period international race history including two participations at the Nurburgring 1000km in 1968 and 1969!

CHDBE-51 currently resides in the UK and has been in its current US-ownership since 2005. It has always been maintained with no expenses spared and is in gorgeous condition which includes its fresh, zero miles FVA engine. It is sold in 100% race-ready condition and comes with extensive spares including wheels, bodywork, etc.. The car has USA issued (ACCUS) FIA HTP which have now expired and need renewal.

This immaculate and genuine Chevron B8 with excellent provenance is eligible for all historic race events around the world including Le Mans Classic, Daytona 24hr classic, Masters WSM, Peter Auto CER, etc. where it will be a competitive and welcomed entry.

John Bridges’ Red Rose Motors were the contracted factory supported Chevron racing team. The Bridgesbrothers John and Charles had supported the Chevron marque from the very beginning, indeed the “B” in the Chevron type numbers means “Bridges” and is in recognition for their support and promotion of the brand on the race track. Part of the deal was for Red Rose Motors to be able to also purchase cars and parts at cost. Quite often these deals would not be entered into the factory records.

In 1968 John Bridges purchased an FVA engined B8 for himself to race, chassis #52, but he also acquired the use the sister chassis #51 which wouldserve as a back-up car for factory driver John Lepp who would also race the Bridges’ car and a red factory BMW powered B8 during 1968.

Chassis #51 first appeared in practice for the 1968 BOAC 500 at Brands Hatch as the T-Car to the sisterchassis #52 which Lepp would race with Bridges. Both cars were entered in the Group 6 class because the Cosworth FVA, a Formula 2 racing engine, was not homologated for the Group 4 Sport class. The first actual race for chassis #51 came a few days after the race at Brands Hatch, at the Guards Spring Cup meeting at Oulton Park where Lepp failed to finish when a con-rod let go in the engine.

Chassis #51 next appeared at the ’68 Nurburgring 1000 Kms and was now with a 2000cc BMW engine with Lepp sharing the car with Bridges. Their run came to an end after a minor off with minimal damage. The car was easily fixed for the Guards Trophy meeting at Mallory Park in June ’68 with the nose being fixed and repainted but now sans the white centre stripe. In the race Lepp finished 12th.

Chassis #51 was never used again in 1968 and effectively sat unused as a spare while Lepp raced either the sister chassis #52 with Bridges, or the factory entered BMW powered cars which Derek Bennett often put at Lepp’s disposal.

Lepp then purchased chassis #75 for himself to race in 1969 with chassis #51 once again acting as a spare, but it did race one more time when it was borrowed by John Bamford’s JCB Excavators racing team, whose own car, the yellow B8-DBE-78 wasbeing rebuilt after two tough races in the Targa Florio and at Spa. With Le Mans the priority for the team, JCB borrowed chassis #51 for the ’69 Nurburgring 1000 Kms where it was driven by Peter Brown and Tim Stock to 17th place.

This was the last time the car was ever raced. It was then returned to John Lepp who had been told to keep the car in recognition of services to Chevron.

John Lepp kept chassis #51 in dry storage unused until he sold it to Richard Simms in 1978, a Chevron car owner and club racer well known for his exploits with marque including converting a Chevron into a Skoda Super Saloon. Richard sold the car to John Howarth, another racer of the marque during the early years of historic racing in the UK. He hired John Lepp to race the car in 1979 HSCC “Wild Rose” historic championship. Howarth then sold the B8 the following year to John Heath, another prime mover in the early days of historic racing. He raced the B8 in 1980 before being incarcerated for some years. During that time the B8 was kept in dry storage until being sold to historic racer Mike Pearce who raced the car in the UK during 1983 and ’84.

The B8 was then sold in a damaged state to marque specialist Roger Andreason who repaired and rebuilt the car utilising as much of the metal from the original chassis as possible including the Arch Motors frame number. Finished in red and fitted with the correct Ford Cosworth FVA engine, Roger raced the B8 a few times over the forthcoming years in the HSCC championship until selling it directly to the current owner in 2005 who has raced this immaculate little B8 at the big American classic events at Daytona, Sebring and Watkins Glen.

Headers ,Megaphone and Silencer Alunox made

winner of the Ferrari 2016 Europe and World champion title !