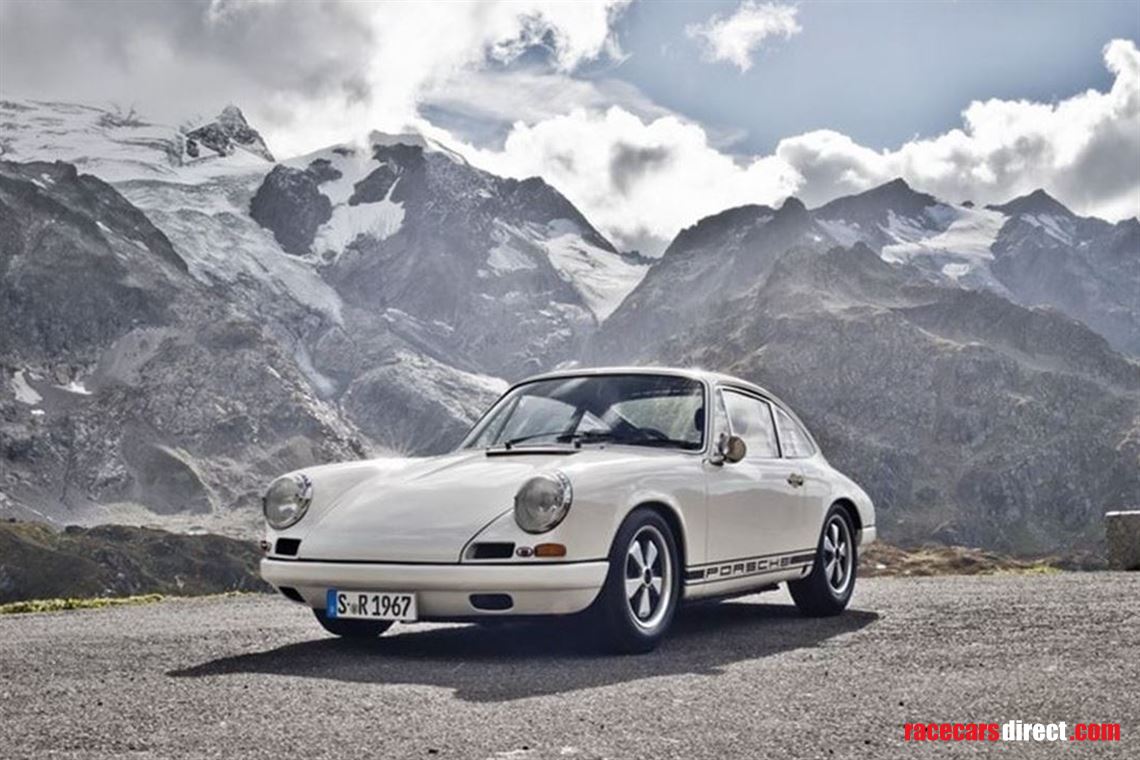 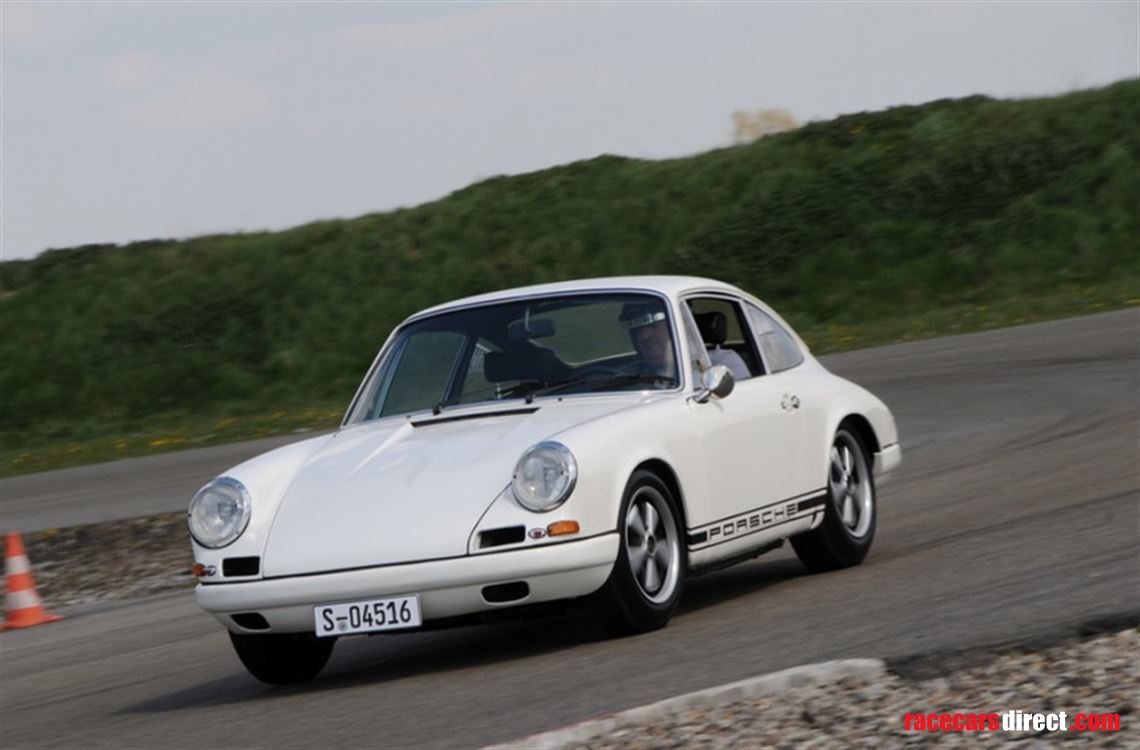 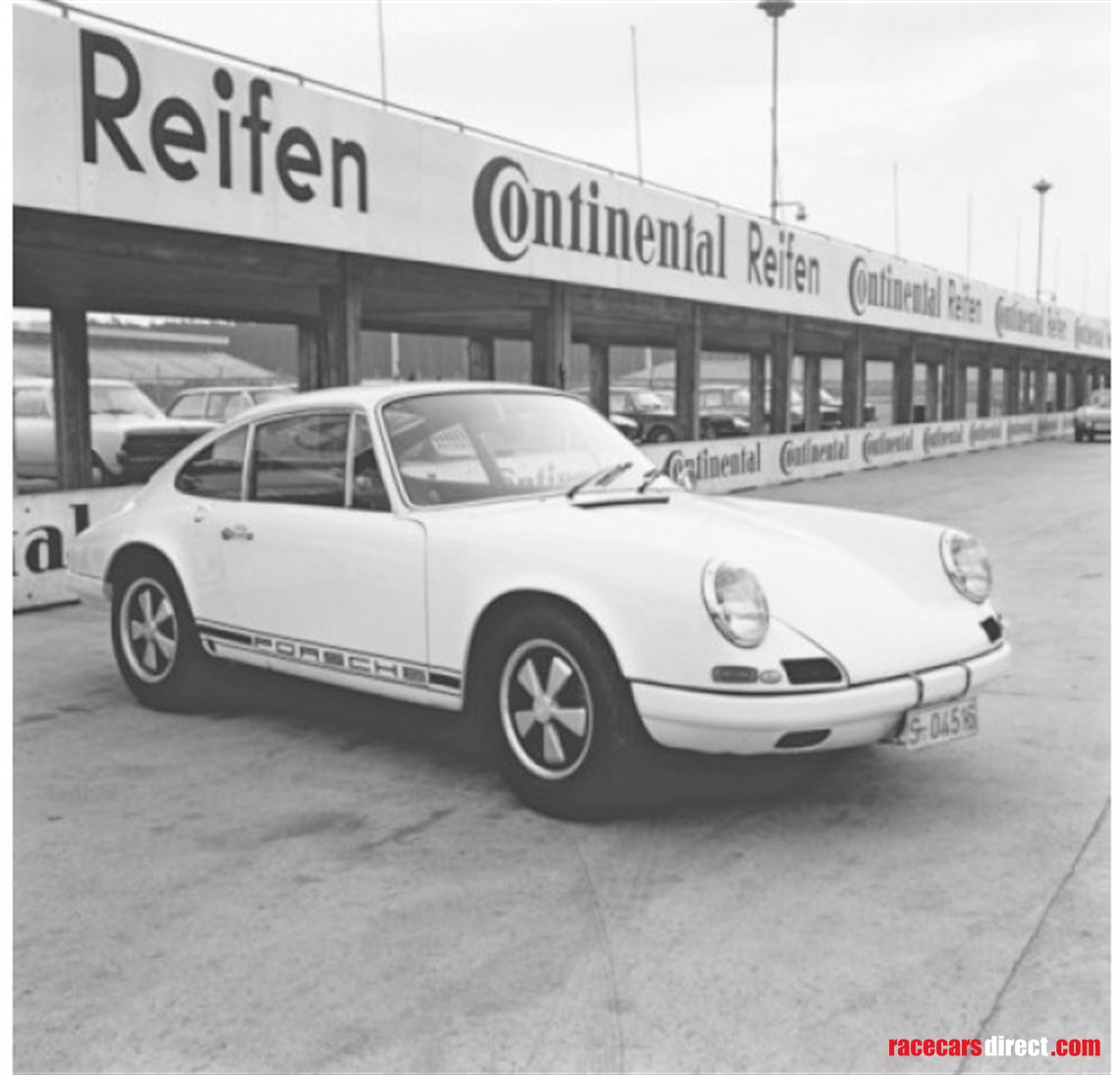 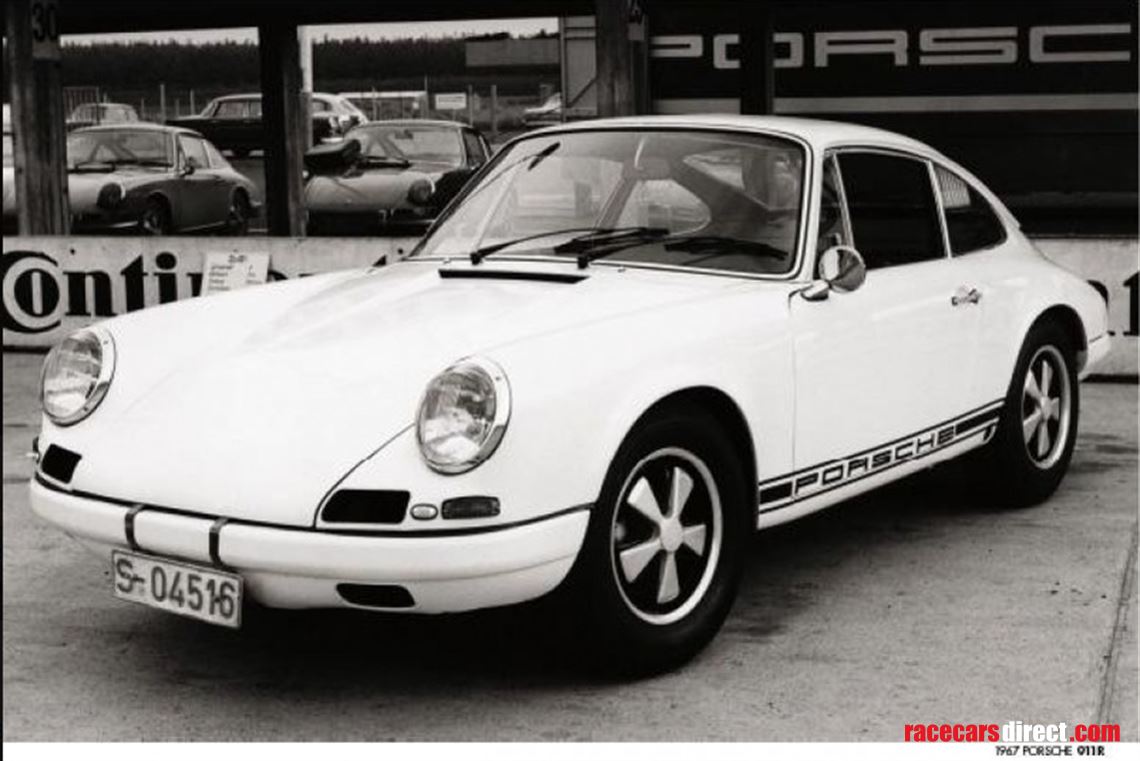 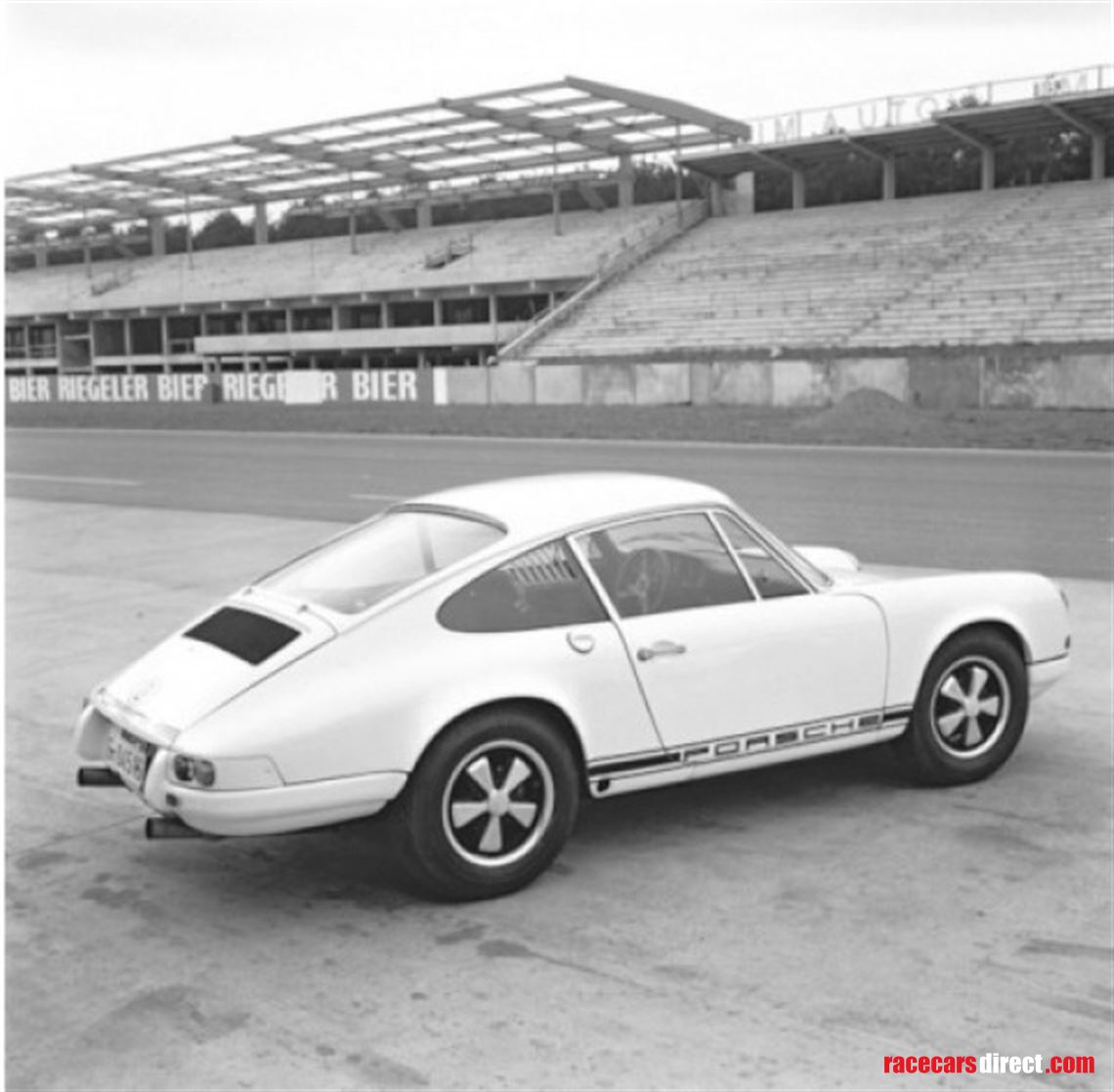 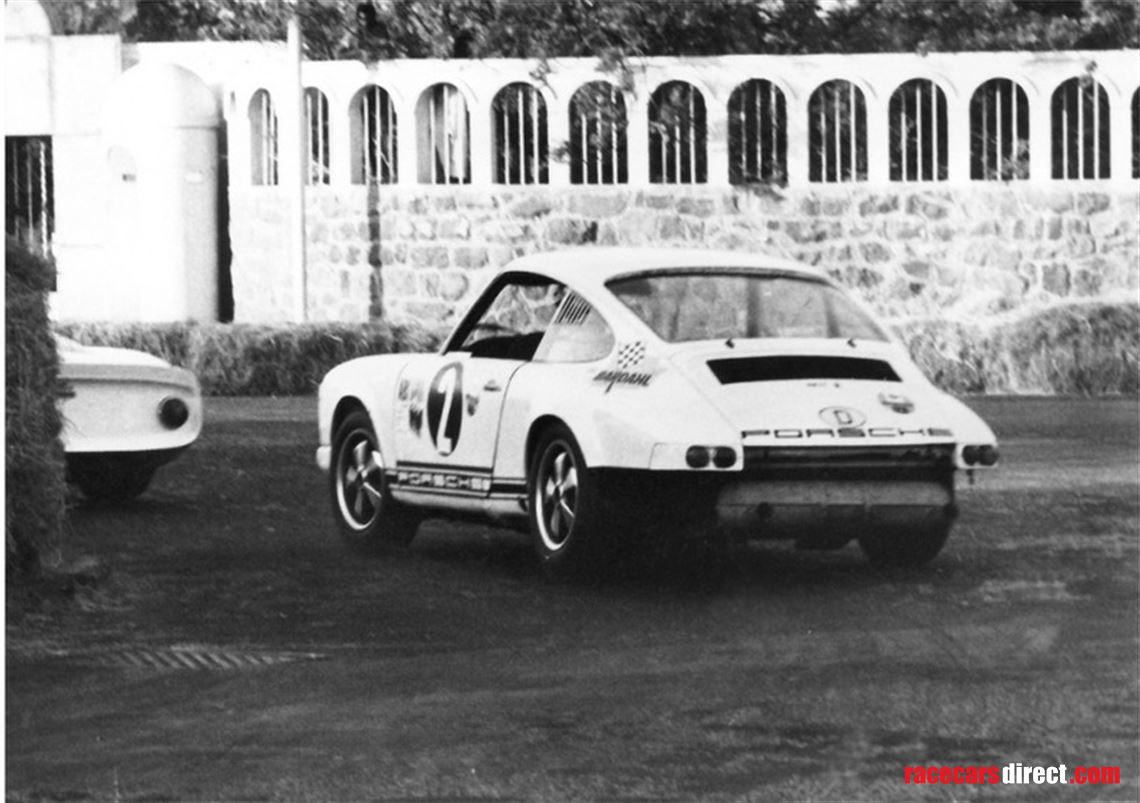 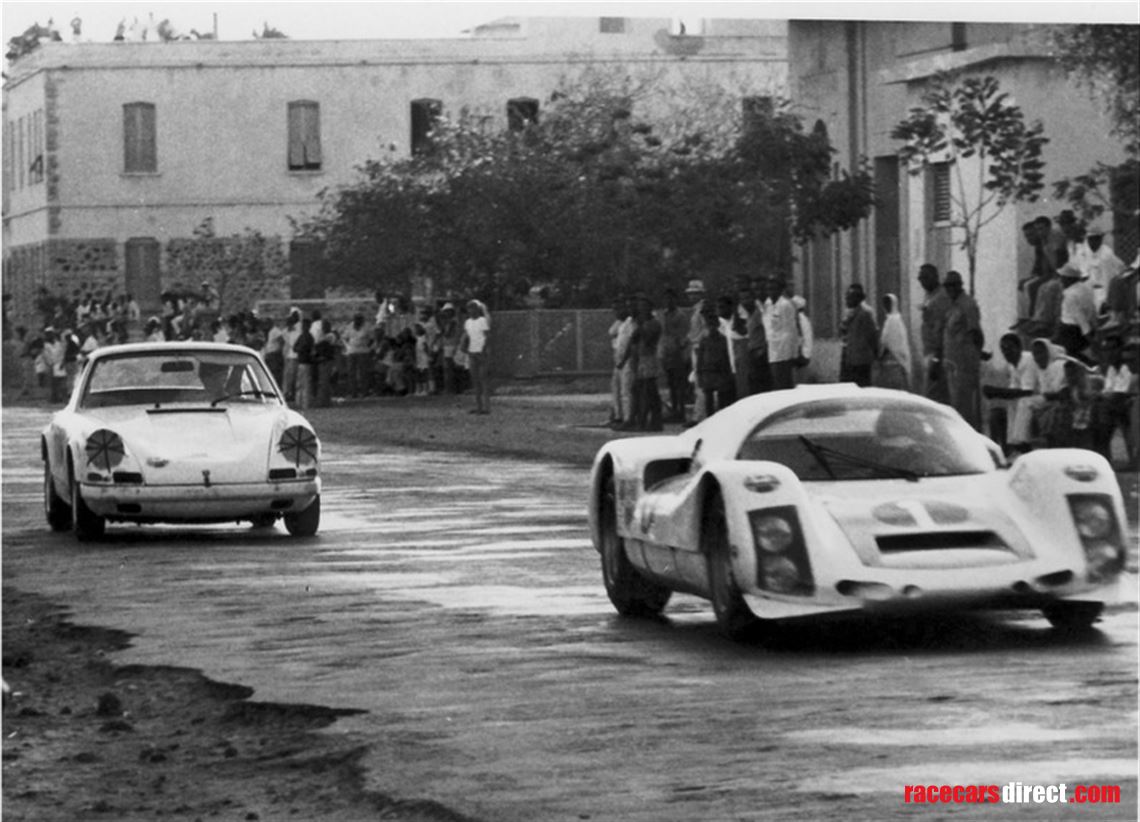 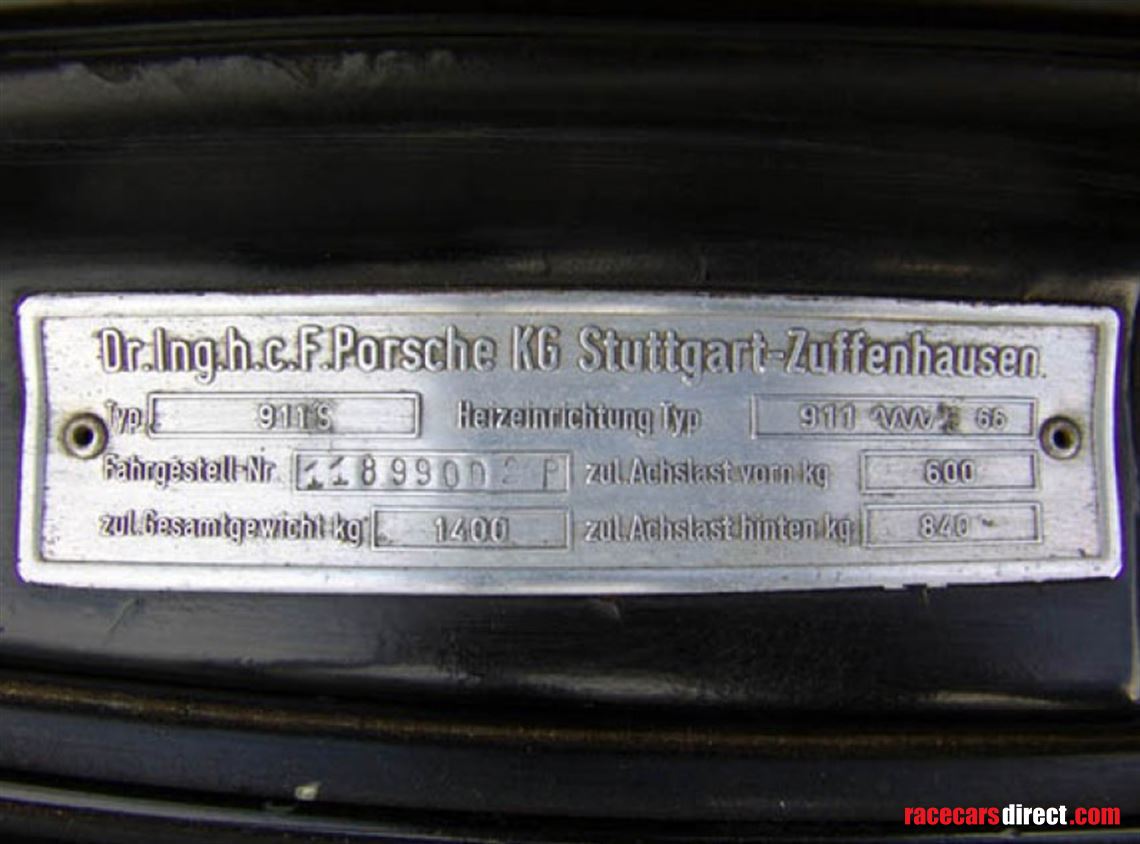 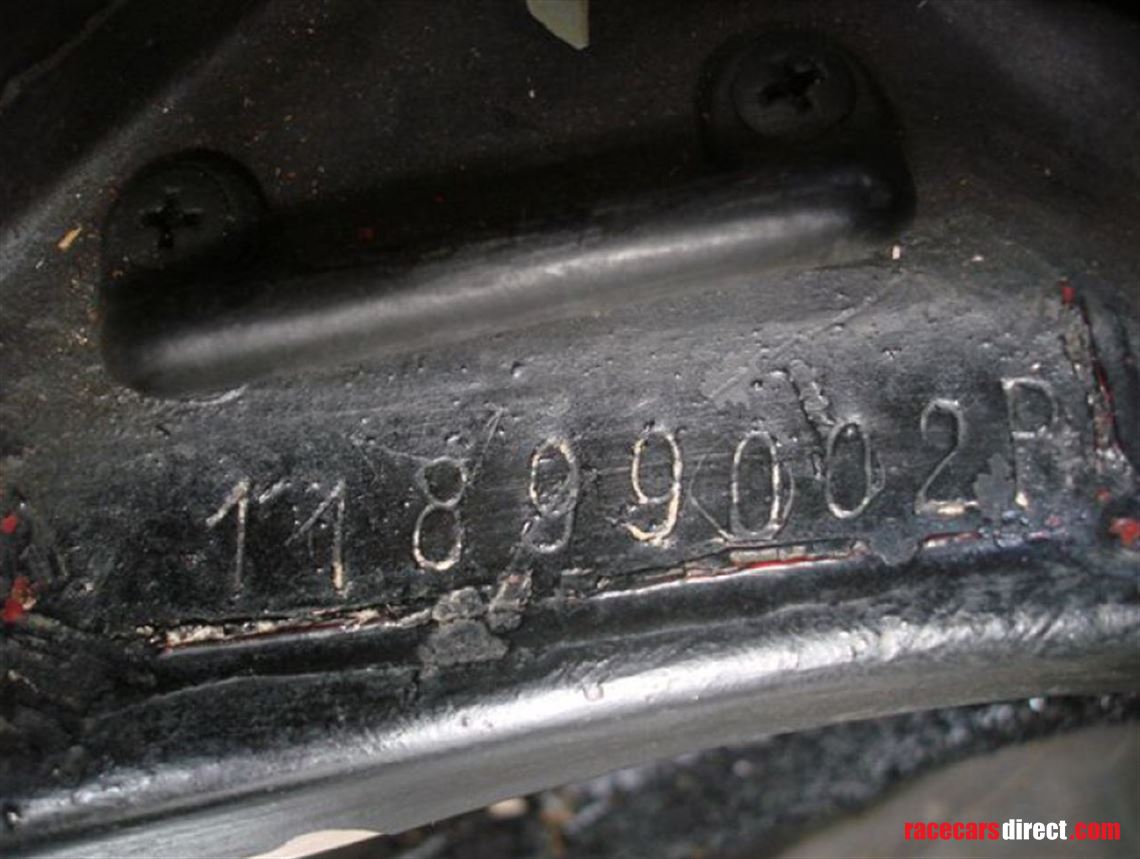 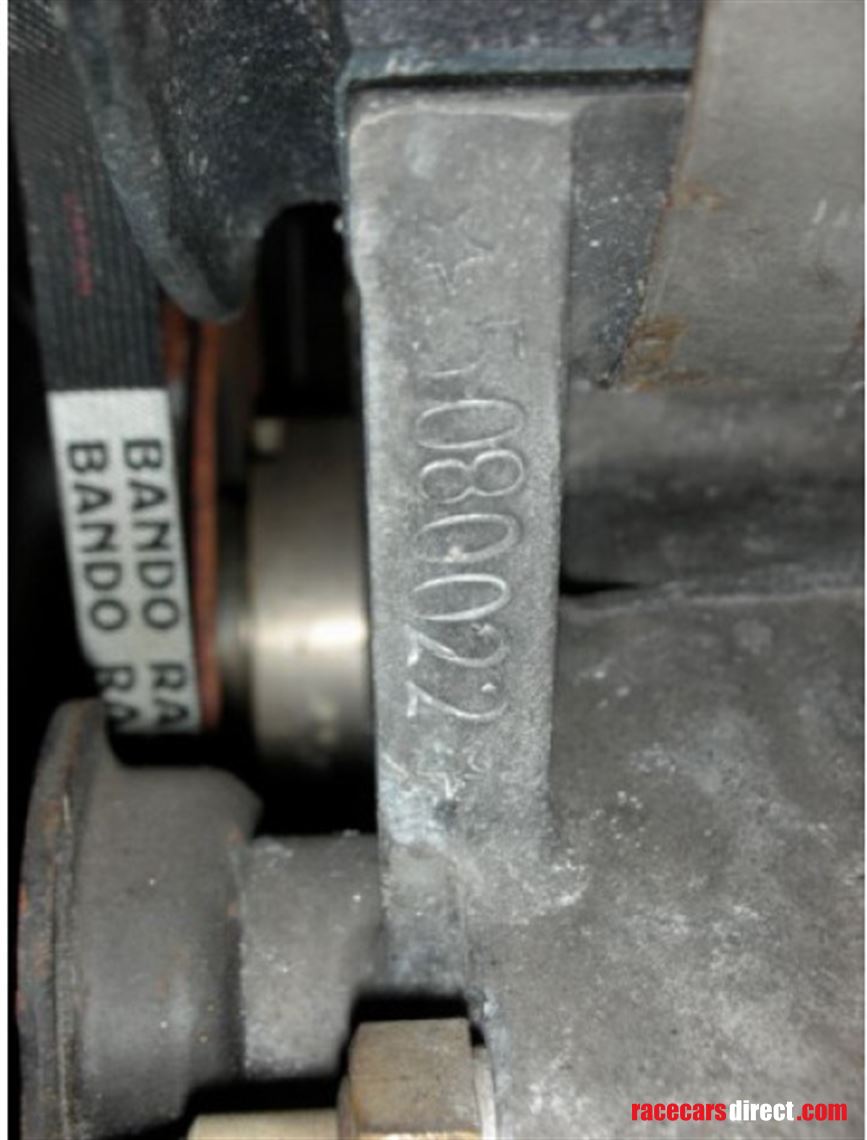 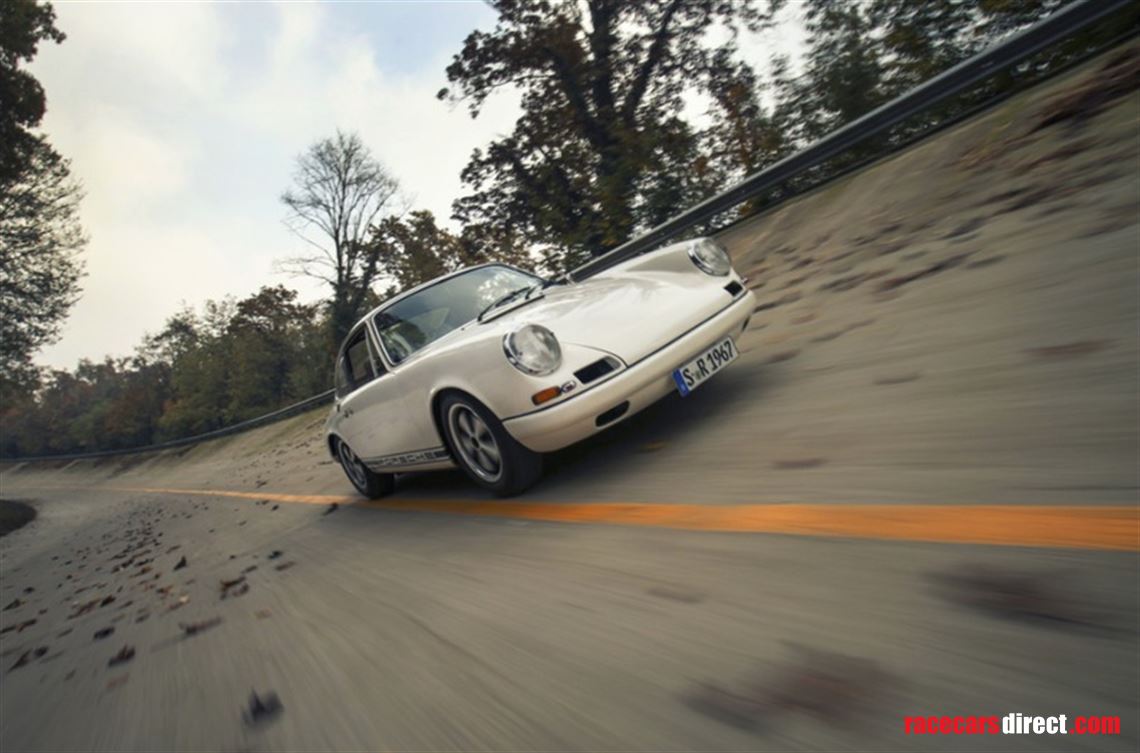 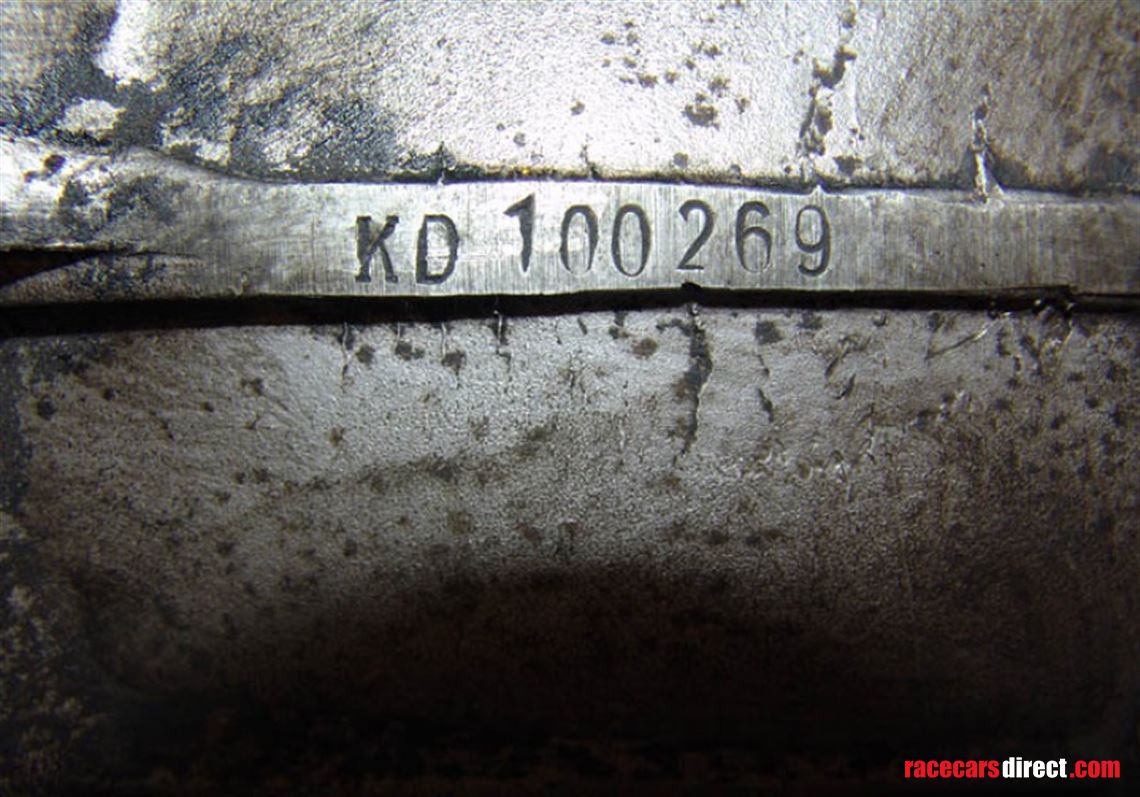 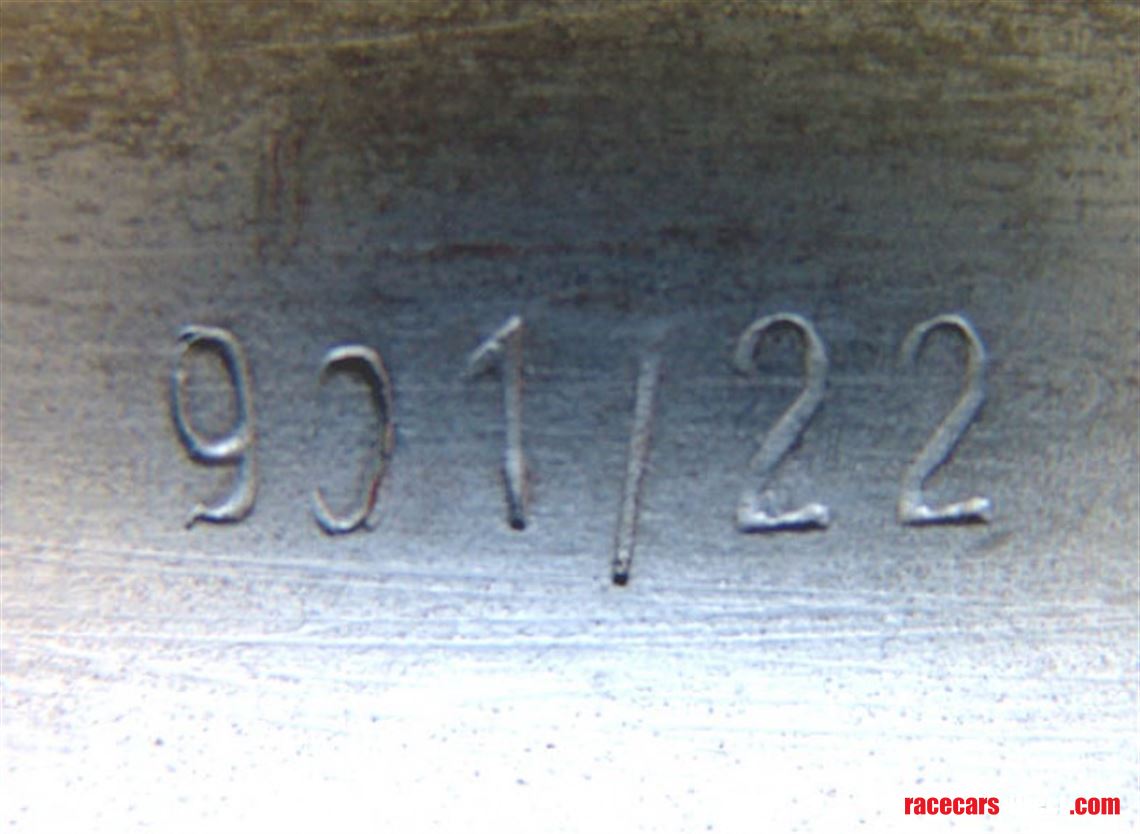 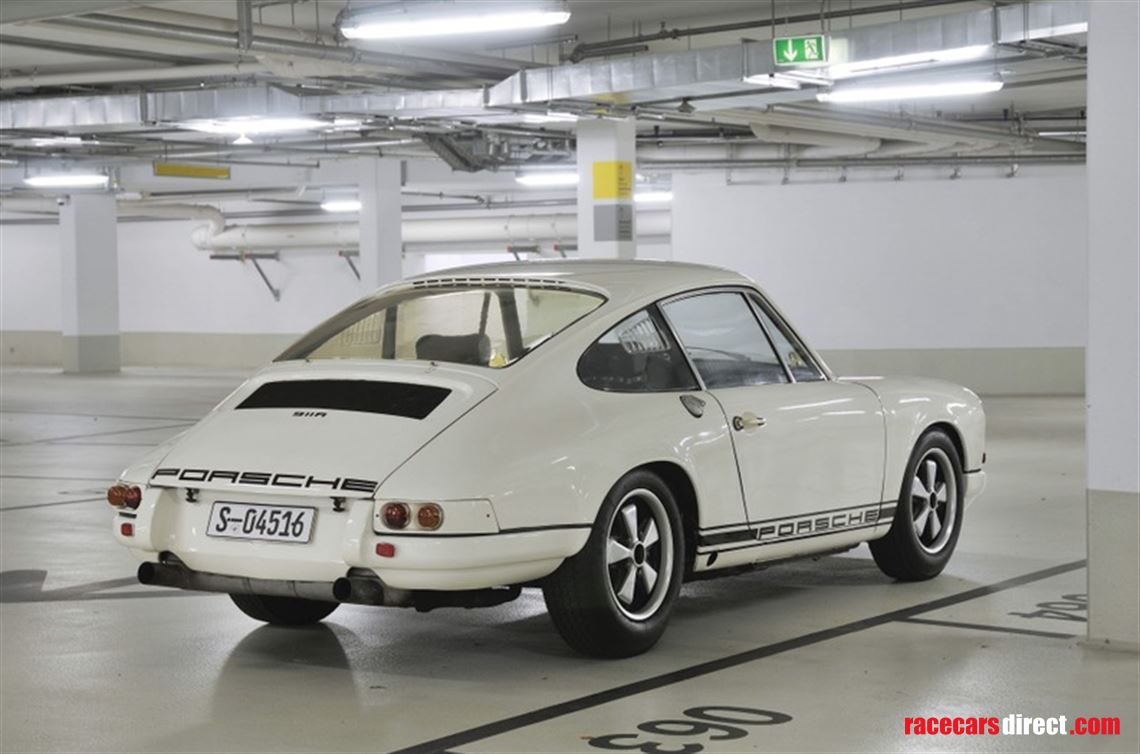 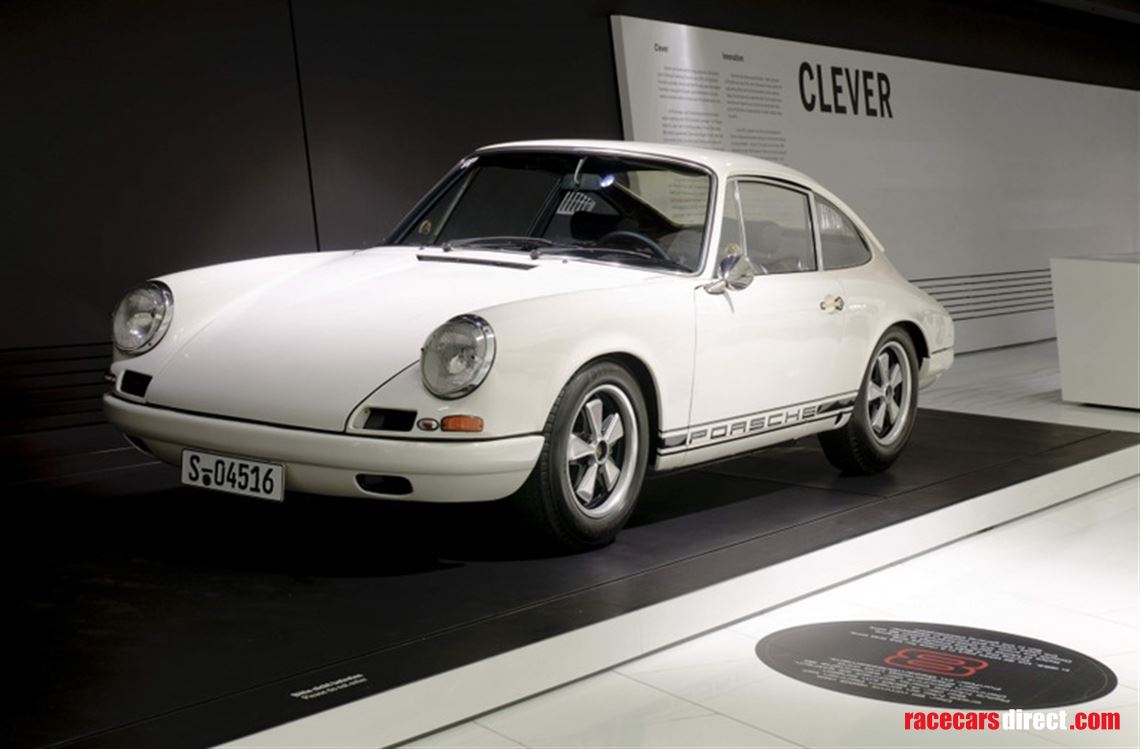 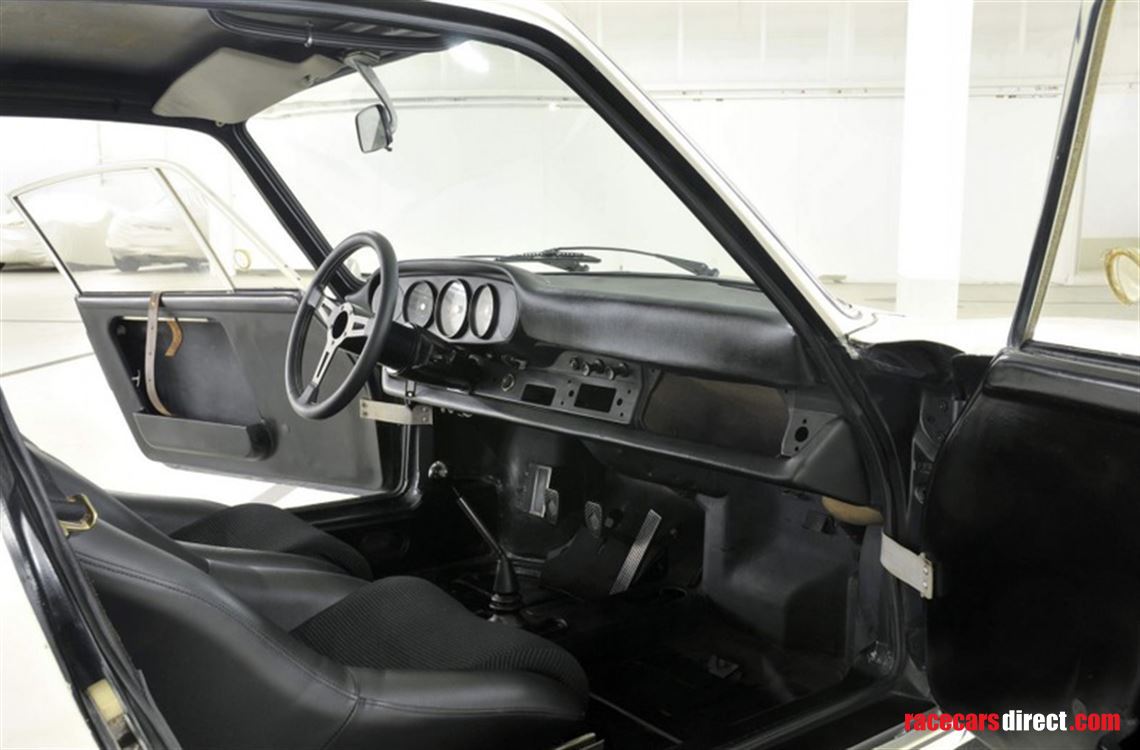 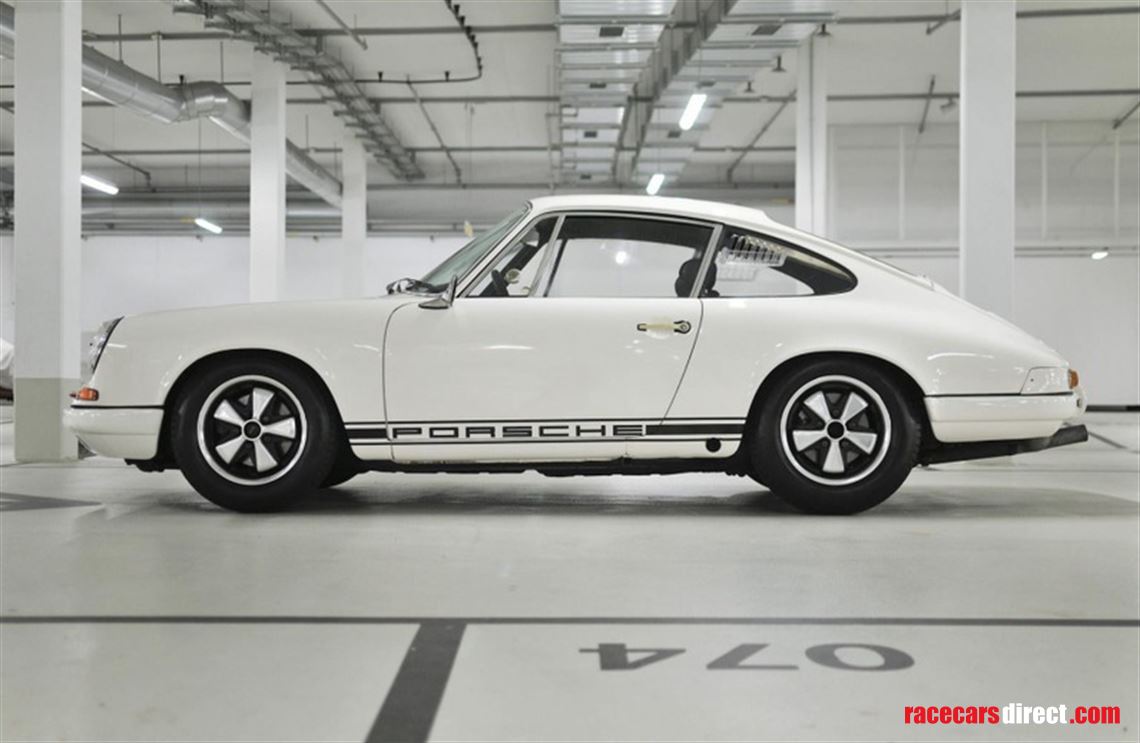 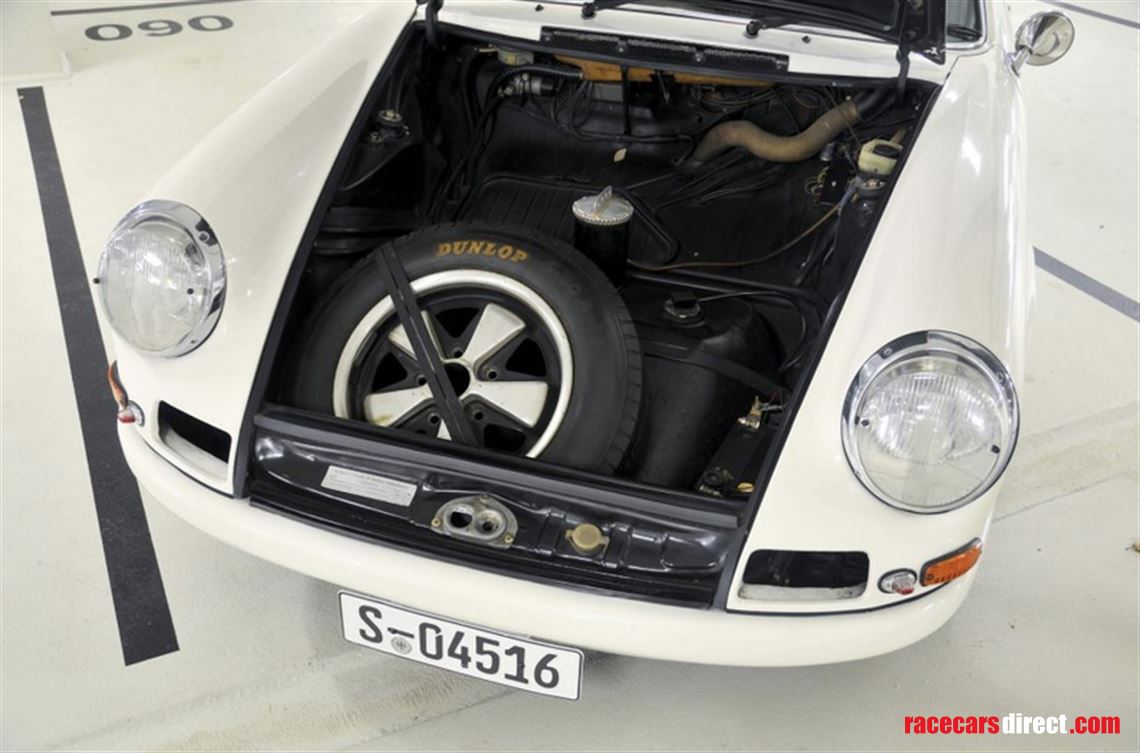 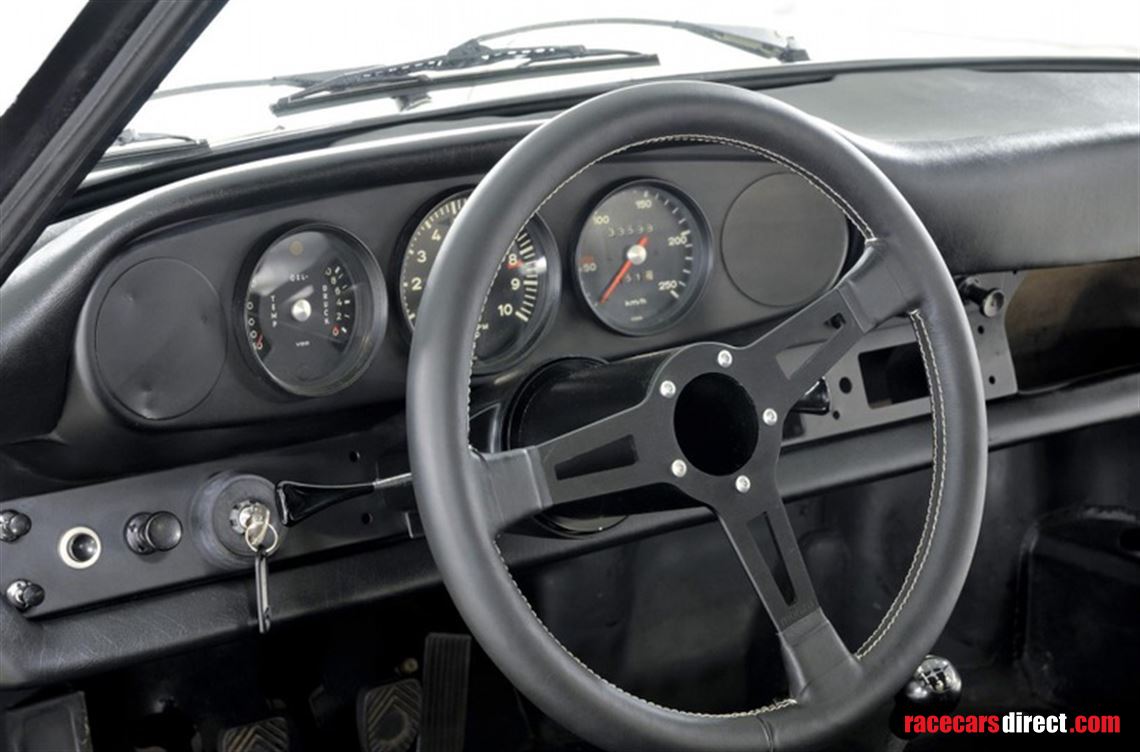 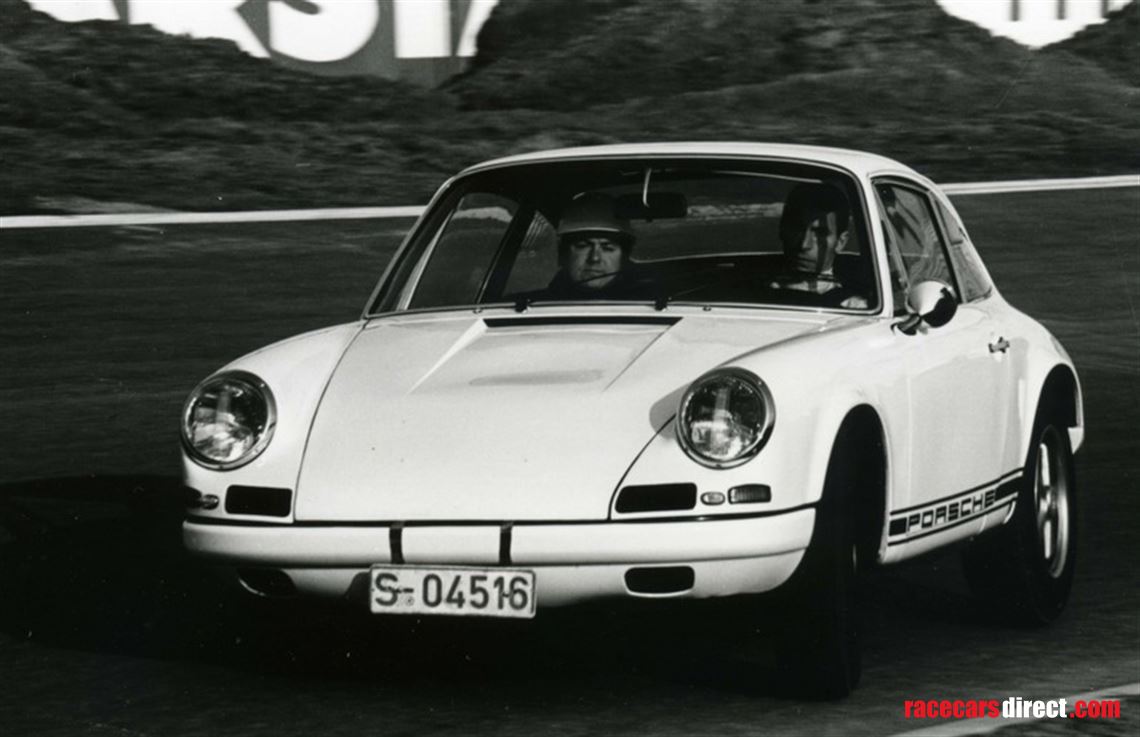 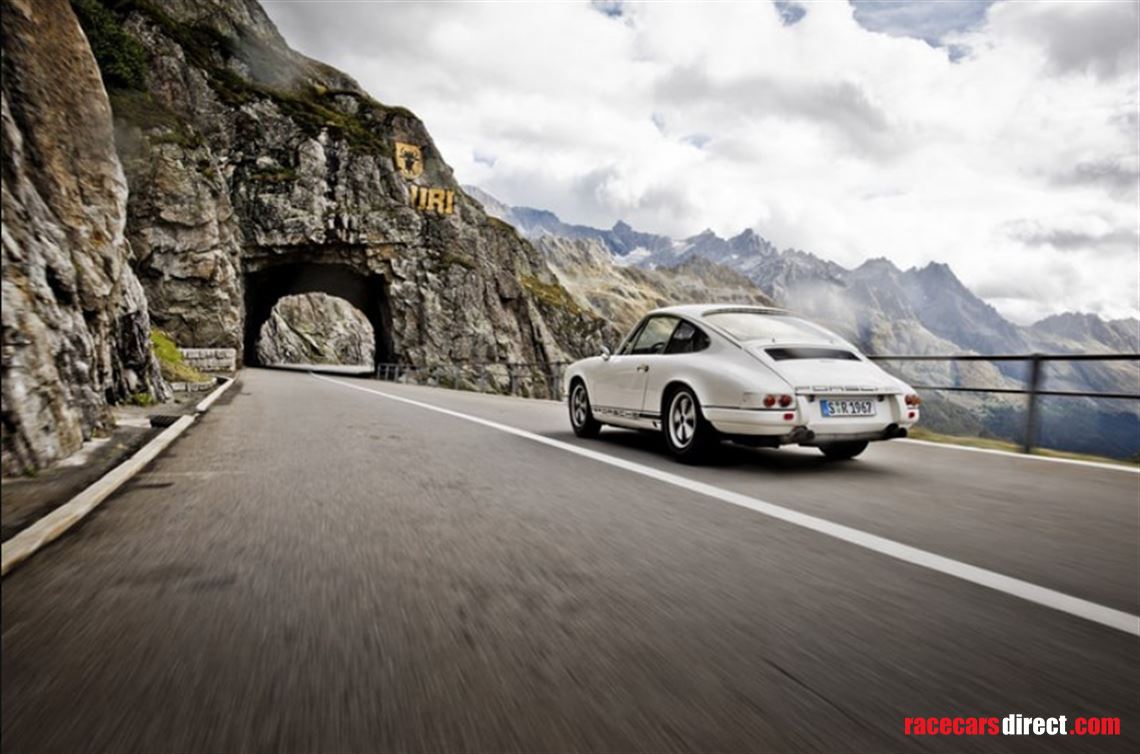 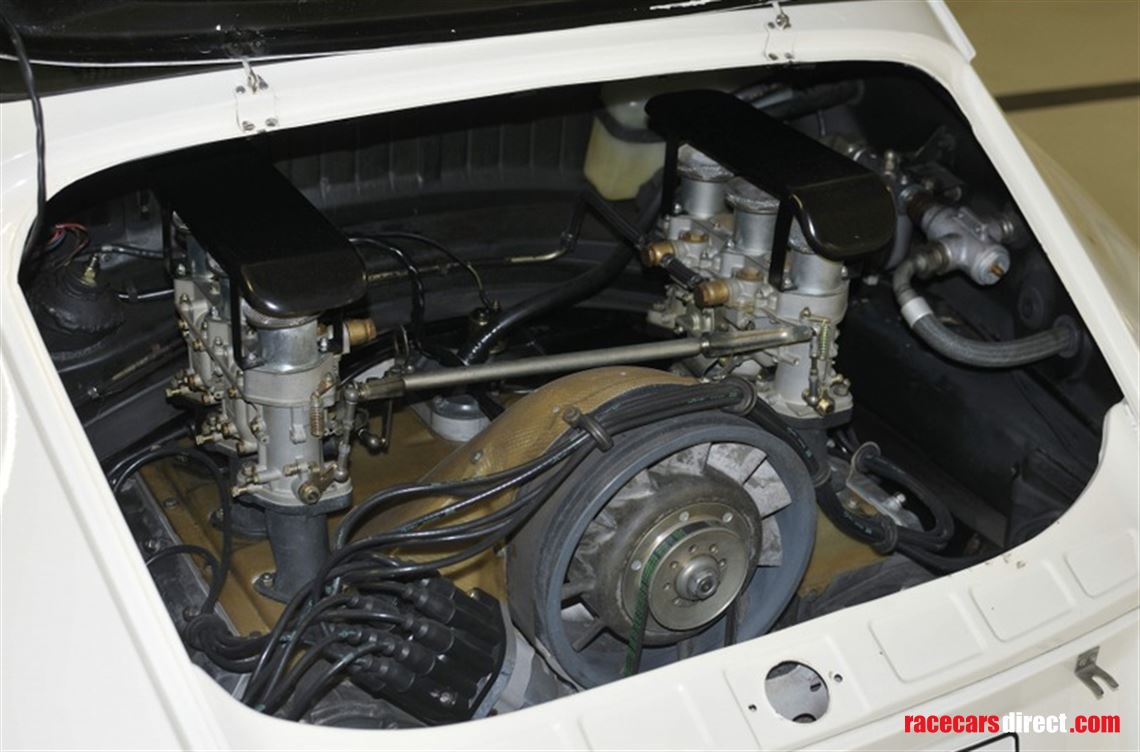 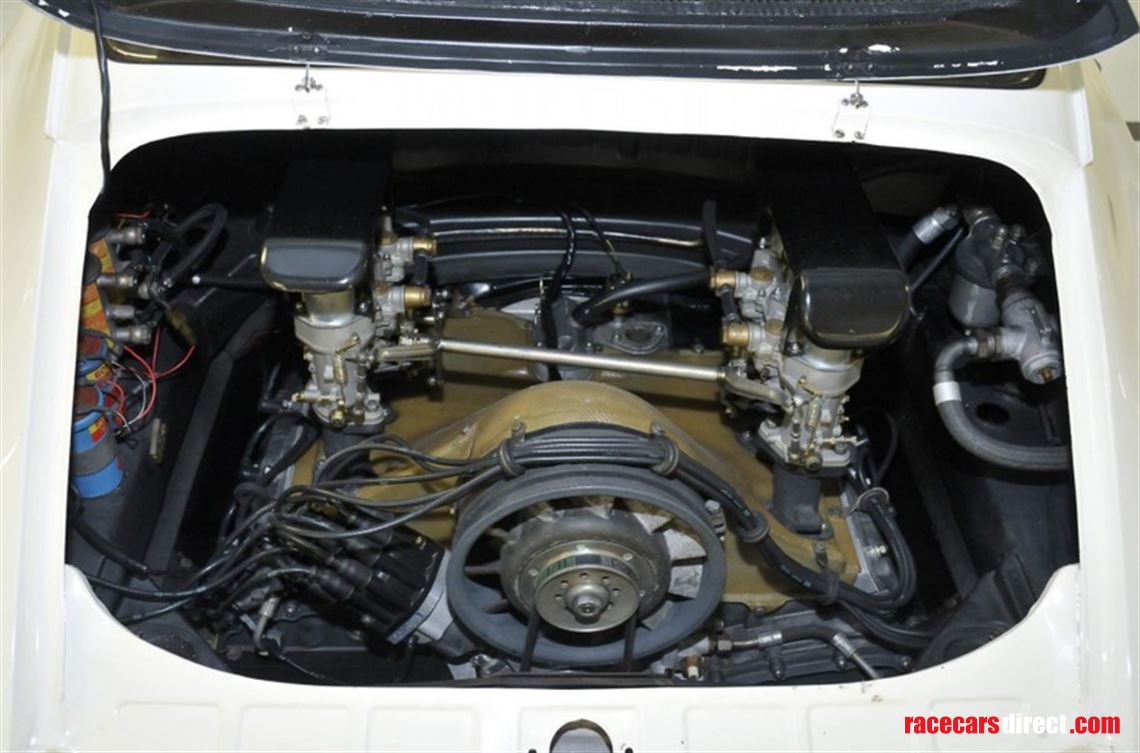 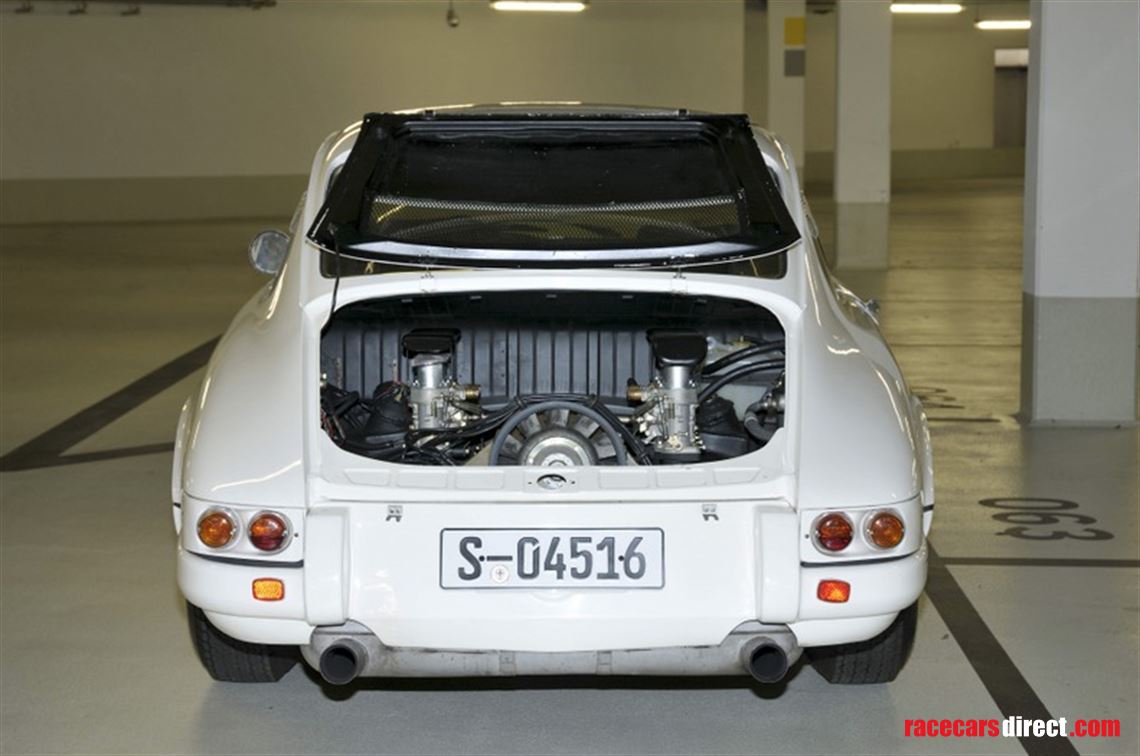 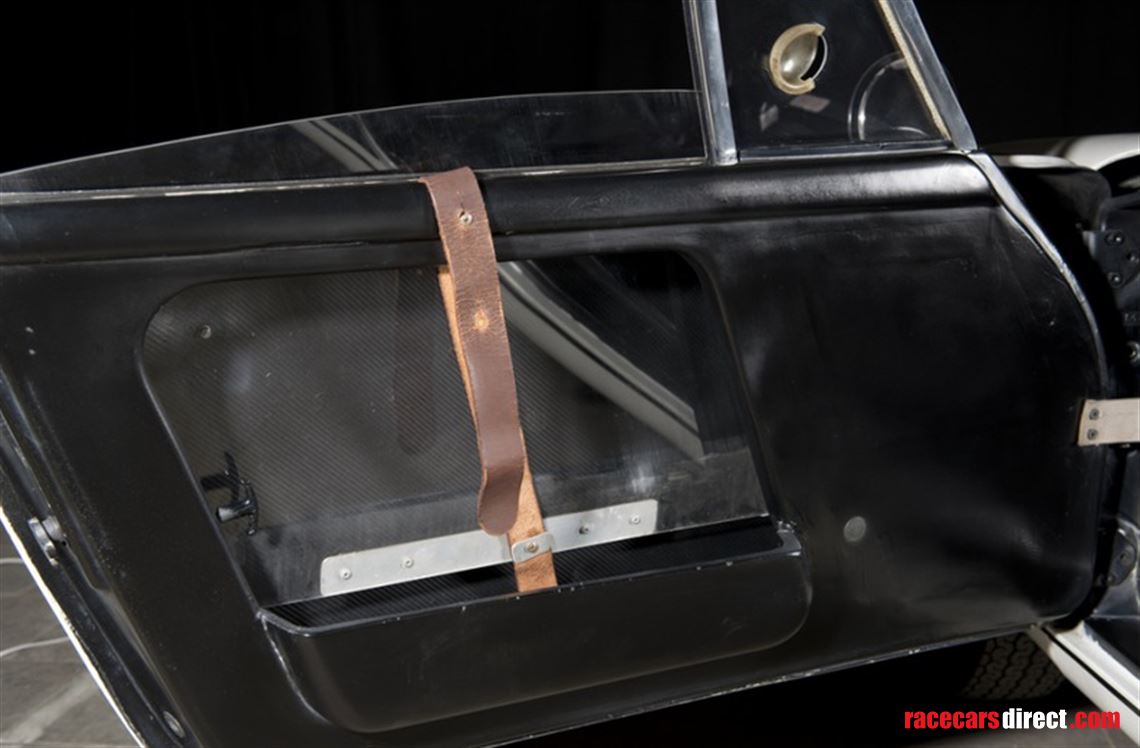 We are delighted to offer for sale this ultra rare 1967 Porsche 911R which is generally considered as "the holy grail of all 911s" being the very first 911 race car.

On June 20th, 1967 Porsche Race Department managers Spannagel, Weber, Knoll, Binder and Schröder were assigned individual duties supervising the construction of Porsche’s 1st 911 prototype race car. Spannagel oversaw the suspension and gearbox, Weber and Binder were given engine assembly responsabilities while both Knoll and Schröder saw to the completion of a hand assembled body by the private firm of Karl Bauer. On the same day, it was also agreed that the car would be build to the ambitious 800kg weight configuration.

Porsche's 911R production records show that just twenty production cars were build and that 19 of these were completed with Type 901/22 (210/220bhp) engine.  The individual engine numbers produced in this series ranged from 508 0001 through to at least 508 0022.  This indicates that several spare complete motor assemblies were built above and beyond the 19 examples fitted with 901/22 engines. (One of the 20 911R production variants was sold as a pure road car.  This car was sold new with either a 901/02 or possibly a 901/10, 170bhp road car engine and is the only 911R to have been completed as such).

Our subject car (which we will also refer to as #002R) was – according to the accompanying Kardex - assigned chassis number 118 9 9002 and fitted with engine number *508 0004* and gearbox number *928 4012*. A variety of different gearbox and engines were fitted to #002R during the next 23 months while the car was under the retention of the Porsche Factory Race Department.

Porsche's construction records show that 118 9 9002 would be a "non-conforming" prototype race car and similar in design and construction to the additional 19 examples.  Sequentially this was the 2nd 911R built but - according to Porsche’s records - the 1st one completed.

The Porsche Race Department production team requested that assembly would begin no later than the 1st of September 1967 and requested a completion date of December 1st, 1967. #002R was completed by the Porsche Race Department nearly a month ahead of schedule on November 6th, 1967 painted in "Light Ivory" with color code 6804B which was later listed in as a standard 911 color in the 1969 production records.

An interesting anecdote is that #002R also played its part in Porsche’s 1967 Monza record run on October 31st 1967. This record run was supposed to be done with a Porsche 906 which unfortunately broke down. The world record rules particularly specified that the attempt could be repeated within 48 hours which meant that - by Tuesday, 31 October at 10 pm -  a new car had to be ready at the start line. As 911 #001R and #002R were the two first production vehicles in the experimental section in Stuttgart, Porsche's Rennleiter Peter Falk proposed that Heinz Baüerli, the company’s chief mechanic, and Albert Jünginger would drive #002R to Monza as the spare parts car while he and Paul Hensler followed in #001R, the actual record-attempt car.

Shortly after the Monza event, Porsche held its Hockenheim Press day in December 1967 where #002R was driven by works driver Vic Elford. After a successful presentation, #002R stayed with Porsche’s race department for almost 2 years during which it was road registered and extensively driven and tested until being damaged in August/September 1969. Porsche’s internal records show that #002R was then sold by the race department – minus its engine, gearbox and seats - on September 29th, 1969 to Dr. Mario Daolio, 50 Lorenzo Tazaz Str., Asmara, Ethiopia (the original sales invoice is present with the carminus engine, gearbox and seats. Dr Dialio was an Italian medical doctor working in Asmara.

Dr. Daolio purchased a new, correct Type 901/22 (911R) engine with engine number *508 0022* and a 911R gearbox (number not recorded.)  Dr. Daolio also purchased a matched set of "Scheel" racing bucket seats.  After fitting the engine, gearbox and seats to #002R, Dr. Daolio then road-registered the car on Asmara Plates and used it as private transportation and also entered it in a few local race events where both he and fellow Italian Nino Ronzoni raced this car.  Pictures of Mr. Ronzoni driving the car (race number 2) at the “XII Circuito di Taulud” in Massaua (Eritrea) on the 28th of December 1969 are included in the car’s file.

In 1980, Dr. Daolio retired upon which he then returned to Italy with his family and with #002R. In late 1984, Porsche Collector Jun Euda of Tokyo, Japan heard of this rare 911R in Italy and contacted Dr. Daolio who agreed to sell the car. It was then shipped to his home in Tokyo, Japan where Mr. Euda road-registered and insured the car for his personal use on January 9th, 1985. After 22 years of secluded ownership, #002R was then sold – along with other cars from Euda’s

In September of 2006 after 22 years of secluded ownership this car was sold, along with several other vehicles from Mr. Euda's collection, to Symbolic Motor Car Company, La Jolla, CA. On October 16th, 2006 #002R cleared US Customs and arrived at Symbolic's workshop where it was carefully inspected and weighed.  The mileage upon arrival was recorded at 32,969km while the car’s weight - in full road-legal trim – was 820kgs / 1808lbs.

Just a few months later Symbolic sold the car to its current, long-term owner where #002 arrived in February 2007. Before starting the car all the mechanicals were thoroughly checked whereby every part, bushing, rubber or tube that was worn was replaced by “period correct looking” parts (all original parts which were replaced were kept in separate boxes).  Oil and fuel circuits were thoroughly cleaned, checked and pressurized. The brake lines were checked, the brake pads changed (originals kept), etc…  A complete check of the electrical circuit was also carried out and every part that was replaced was researched so as to find its exact period looking, undistinguishable match. The few, non-original parts on the car are its Fuchs wheels which have been changed with the correct type and 1967 date stamped replacement wheels. These Fuchs wheels were sourced in the USA and later it was found out that Harvey Weidmann (the well know restorer of Fuchs wheels) had found them still boxed in the original Porsche boxes with the original spacers.

During the summer of 2007 the original engine numbered *508 0022* was taken out of the car and  its 901/22 Type magnesium crankcase was stored in an barrel filled with oil, so as to prevent the magnesium to corrode due to the humidity in the air.  A replacement aluminum NOS 2.0 liter crankcase was found and the engine was completely rebuild with the top of the engine still the original.  The NOS replacement engine crankcase does not have a number stamp so as to not create any confusion. The dyno testing of the newly build engine showed a maximum 216 bhp which is surprisingly close to the 210 bhp quoted output of the original 1967 dual ignition engine.

The above clearly shows that #002R remains today exactly as it was first privately road-registered by Dr Daolio in December of 1969 .  It has never been restored and is possibly the only unrestored example remaining of the iconic 911R.

During the last 12 years, the car has been driven sparsely by its current owner at a few private trackdays while it was shown occasionally at prestigious Porsche events and car concours. In 2013 #002R went on loan to the Porsche museum to be part of the “50 year 911” exhibition and on October 26th of the same year #002R was displayed at the museum for the “Sound Night” where its engine sound was much appreciated by the audience.

In 2016, Porsche presented its new 991R at the Geneva Car show whereby #002R was used for the 991R brochure as well as the videos to promoting the “old and new”.  The photos were taken on the Sustenpass in Switzerland, in September of 2015.

More recently, this 911R was part of the Porsche 2017 calendar and was invited again for the display and the “workshop video” made by Porsche AG featuring the 911 R.  The video has been released by Porsche on 03.08.2017. Aside of all above appearances, #002R has also featured prominently in the international press with coverage in numerous articles (a list of these is available on request) and it will also be part of the upcoming “R to R” and “911R” books.

Being one of only 20 Porsche 911R built and possibly the only unrestored example existing, #002R - with just 4 owners from new - is only for the serious and discerning (Porsche) collector in whose collection it would undoubtably be a "crown jewel".

An iconic Art Car painted by the artist Peter Klasen The 1999 GT FFSA Champion, having been driven

Complete control of GoPro once harnessed in! No more missed footage or wasted battery!