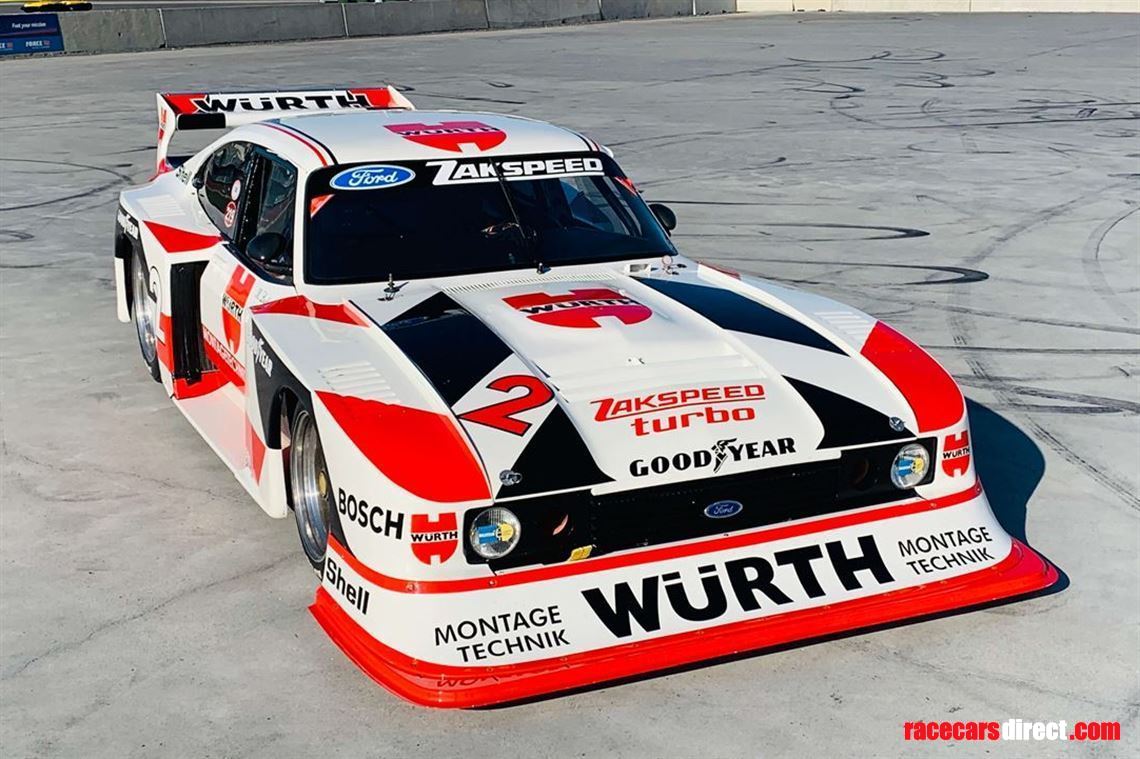 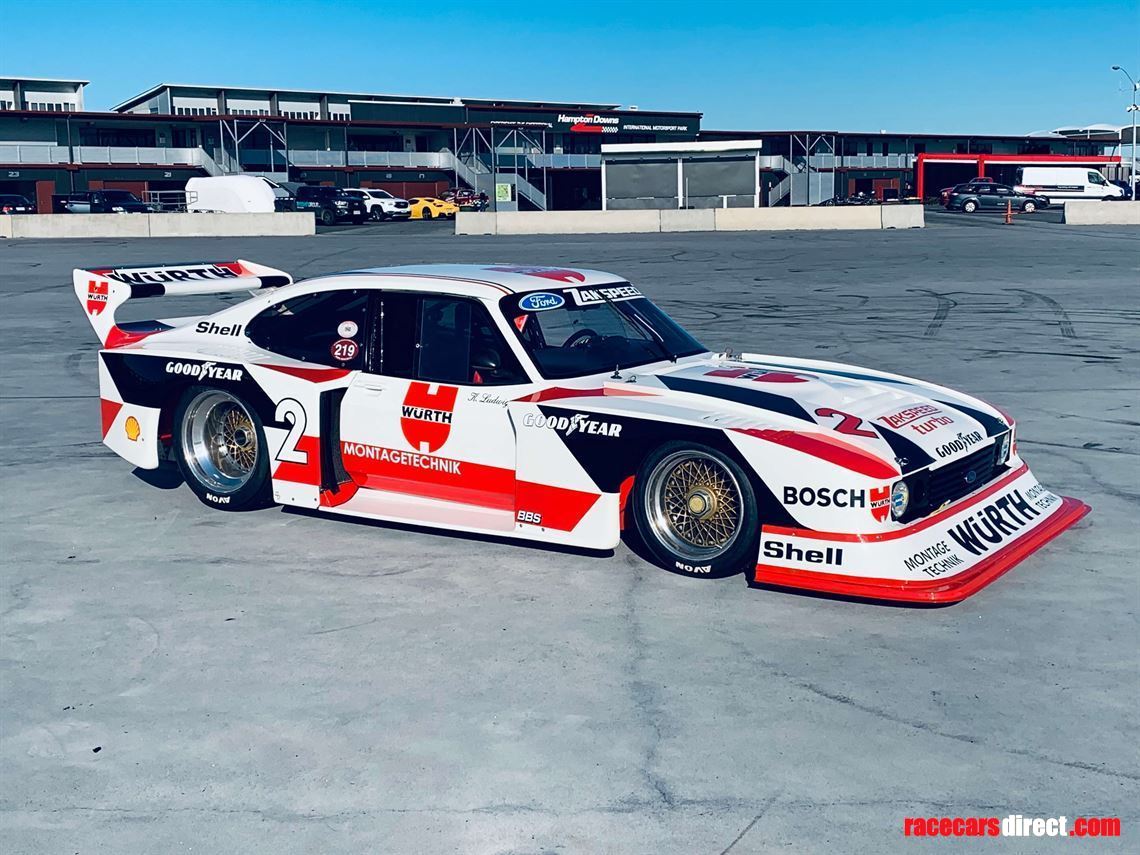 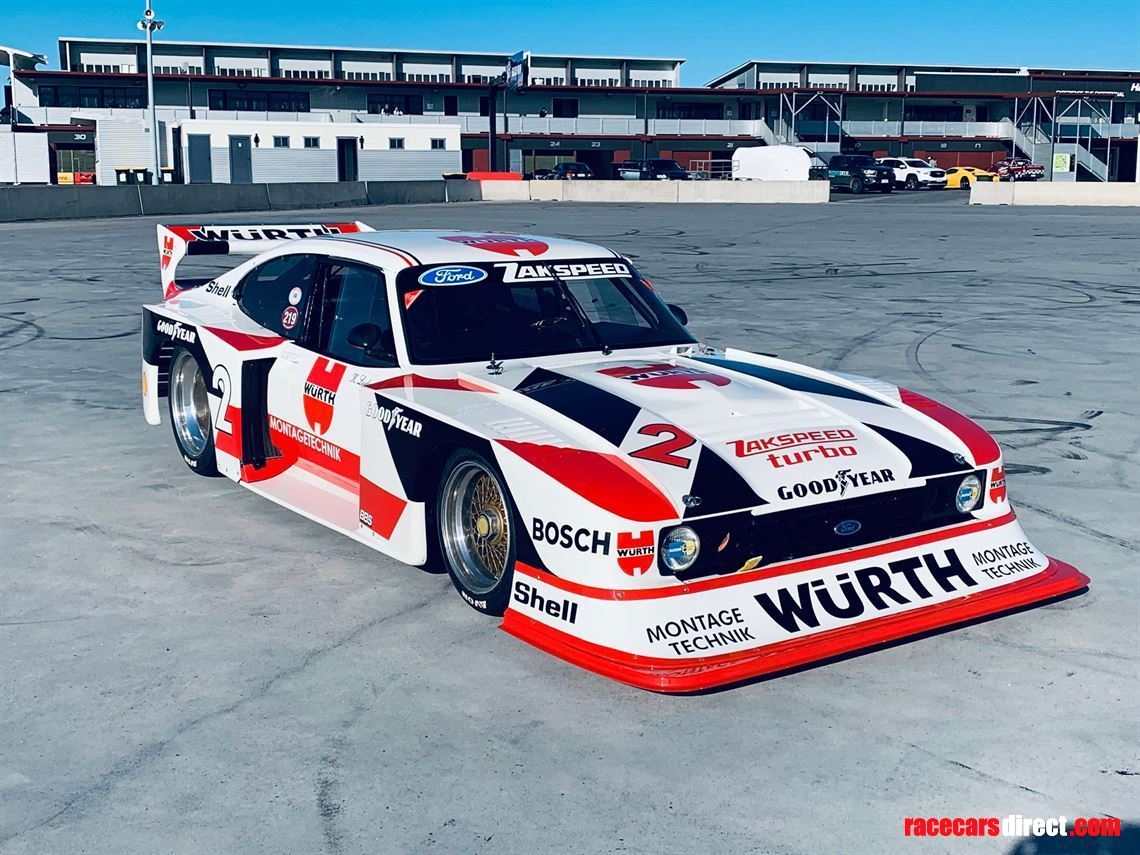 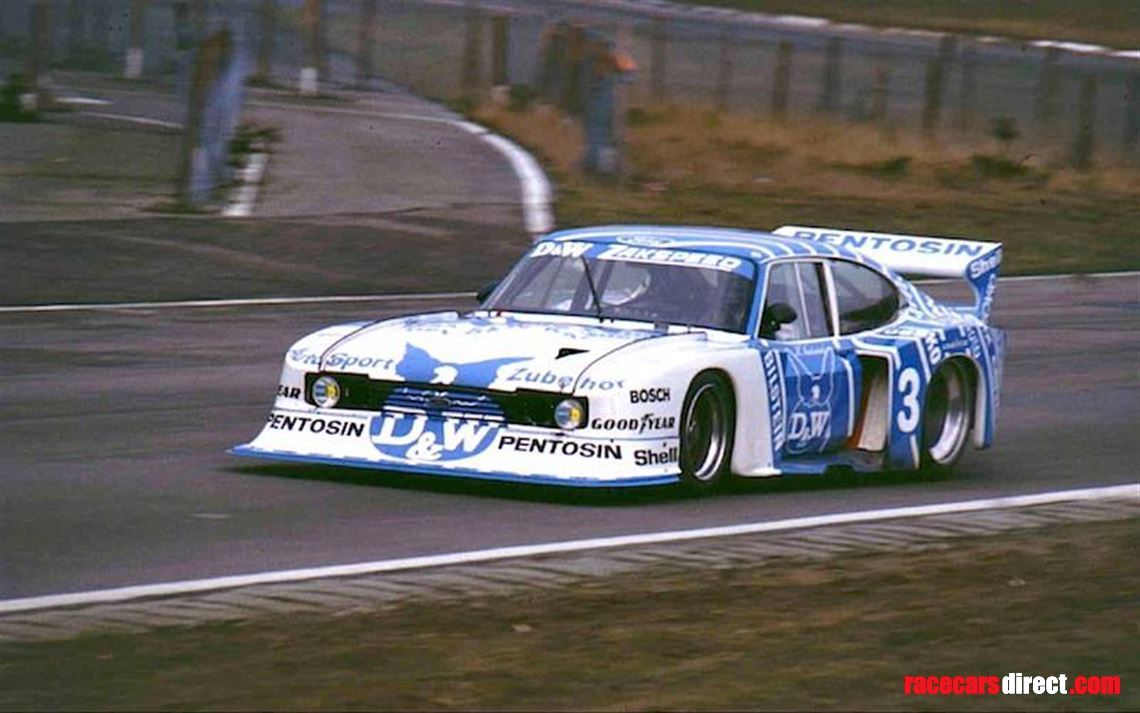 From  1977 the DRM (Deutsche Rennsport Meisterschaft) rules allowed Group 5 cars to be admitted into the series. This was in essence a "silhouette" formula, where only  the vestigial remains of the original  car were required, and this spawned some amazing machinery, many of which were more powerful than the F1 cars of that period. One of the key players in this magnificent 5 year period were the German motorsport team Zakspeed, who initially entered the Gp.5 series in 1977 with the Mk2 Escort, which had a lot of success. However, they soon realised that to be outright contenders and to take on the Porsche 935 head to head, a much bigger hammer would be needed. Built at Zakspeed from 80 metres of aluminium tubing, the aerodynamics developed in the wind tunnel at Aachen University, and featuring a new turbo BDA engine of 1427cc capacity, the first Zakspeed Turbo Capri  was born. Late in the 1978 season, the Turbo Capri was entered, driven by regular driver Hans Heyer, in that familiar "Mampe" livery which had adorned the Escorts of previous years. Although there were reliability problems at first, it was obvious early on that this car had what it would take to win the championship, and before the year was out Heyer took his first win at the Nurburgring in the Capri.

Chassis ZAK-G5C 001/81 which is being offered for sale here was the last Capri  built by Zakspeed in period, and is one of only two Capris which featured a full length underfloor venturi tunnel with flexible side skirts, sealing the underside of the car to the track and giving the cars a massive increase in downforce (following the controversial banning of the "big wing" car in 1980) It was raced in several different liveries, including probably the most famous Liqui Moly  aka "The 935 Killer" driven by Manfred Winkelhock.

This car has been owned by Zakspeed most of its life, and was completely restored by them in recent years, and is presented in the white Wurth livery. It now features an aluminium block 1860cc engine, includes original Wagenpass,  and has been used sparingly in recent years at demonstration events. This car is on the button and ready to race, or would be right at home in any high end collection or museum.

These cars rarely if ever are offered for sale, and this iconic Capri must surely be one of the most famous in the world?

Car is located in New Zealand, and I am happy to arrange shipping anywhere in the world at a competitive rate.

The Last standing Group A capri in Australia.