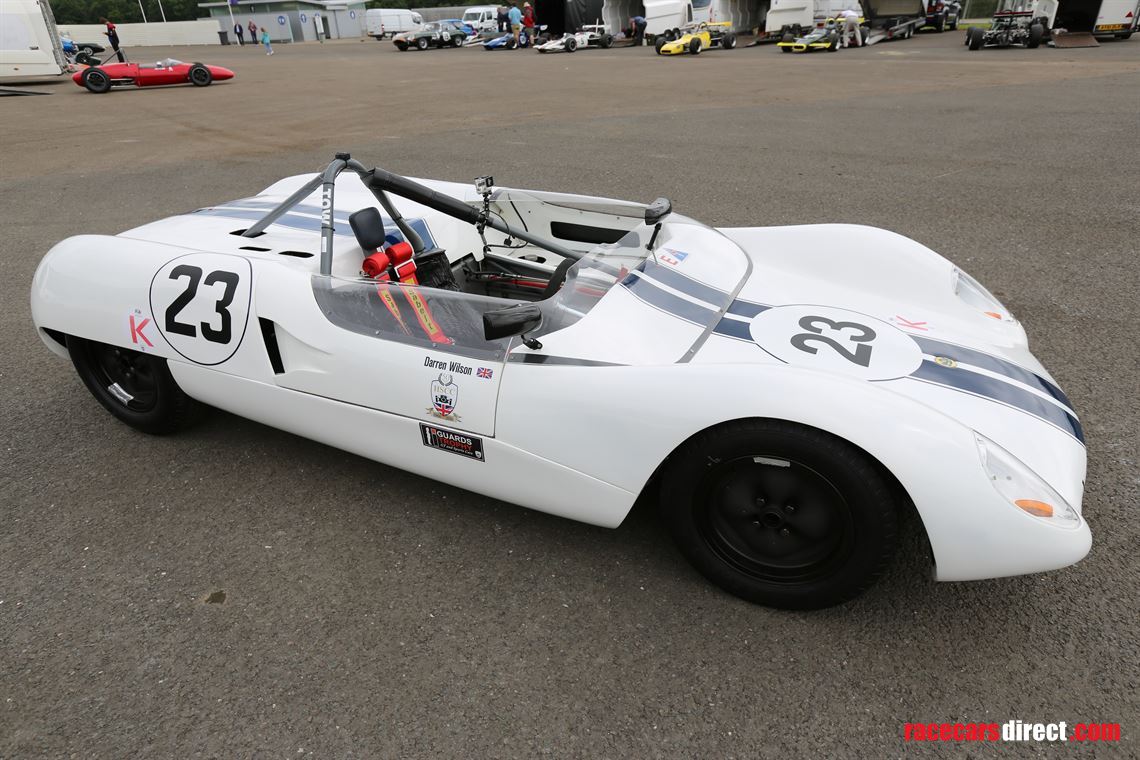 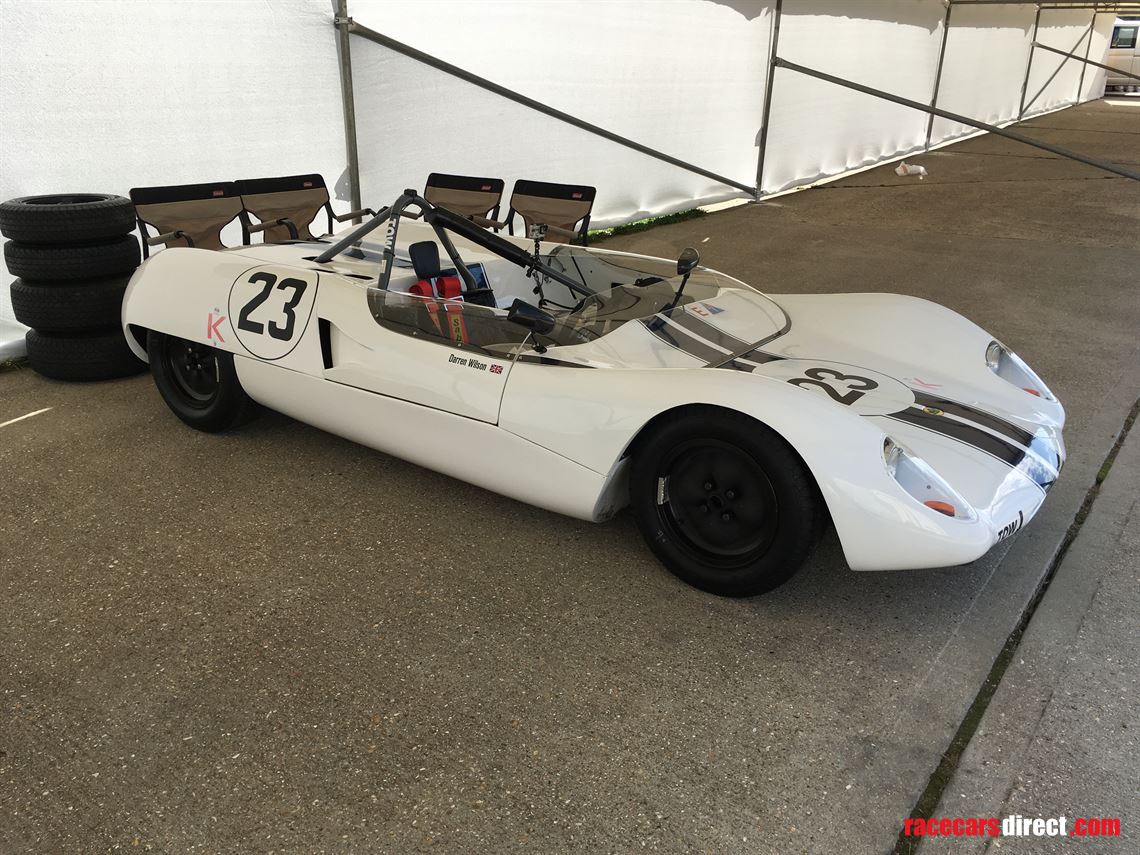 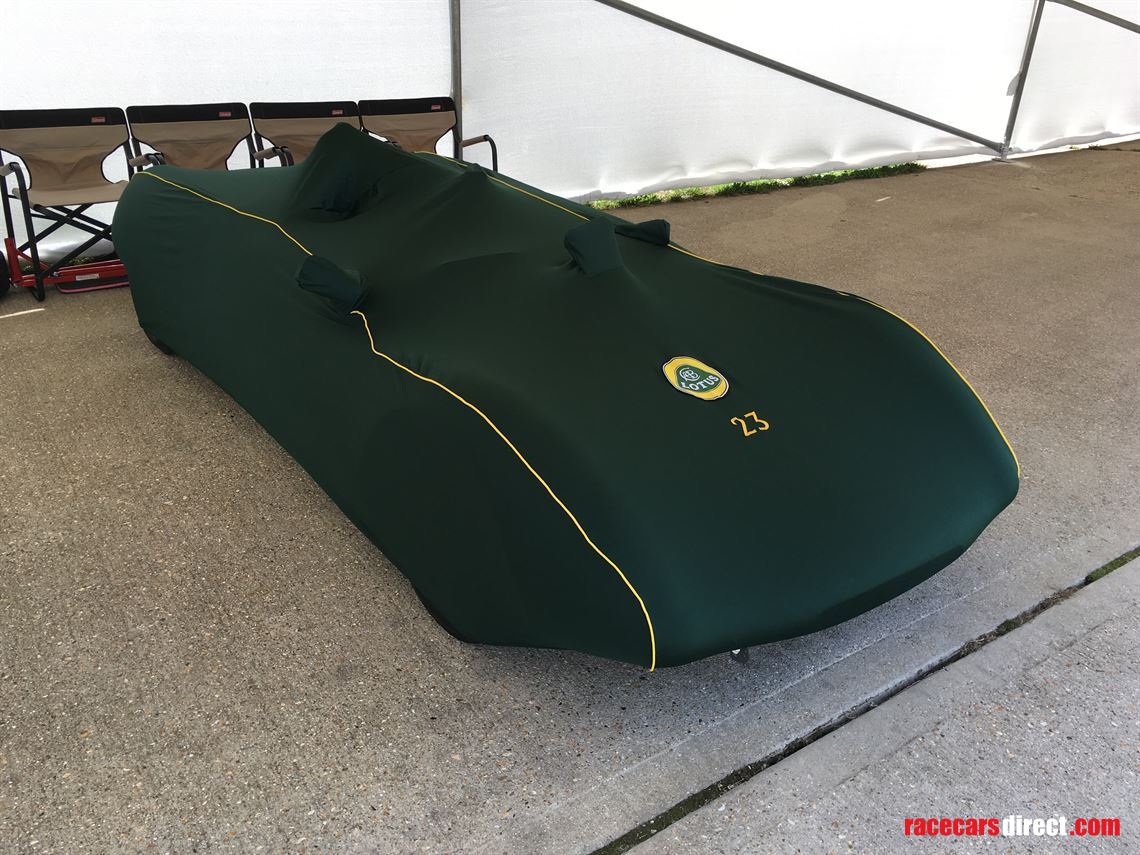 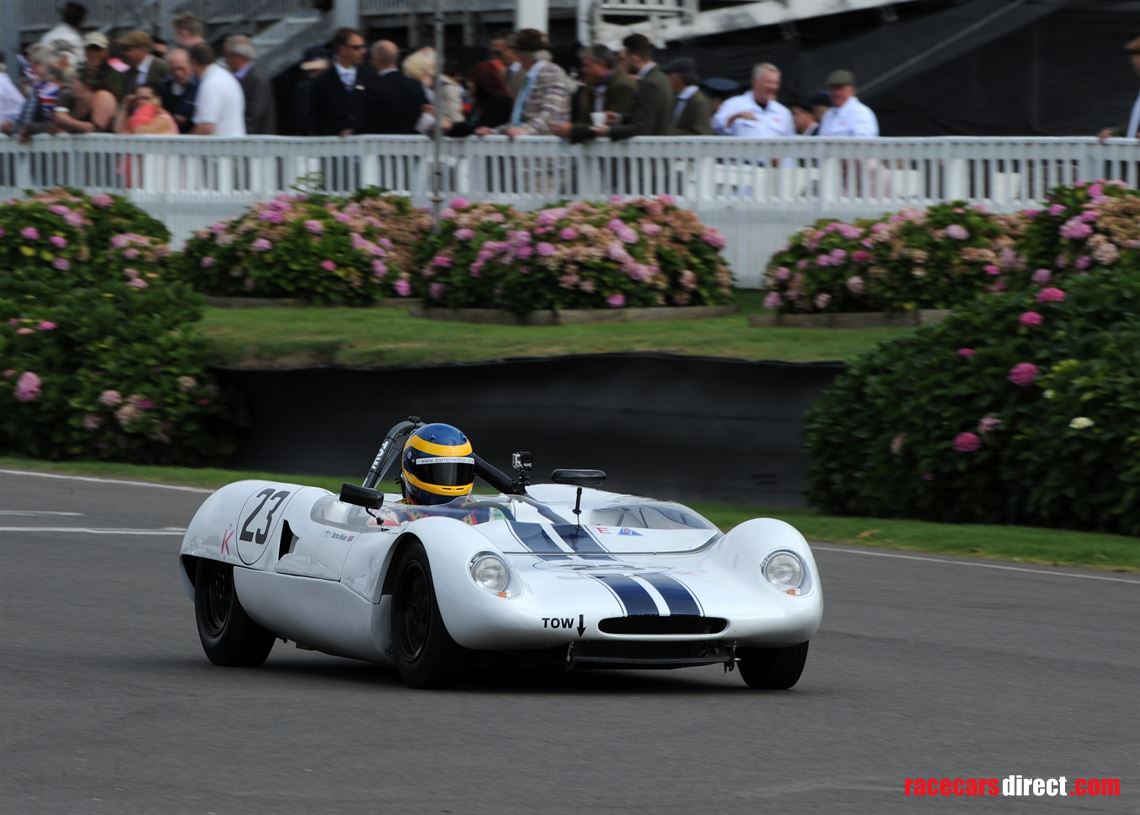 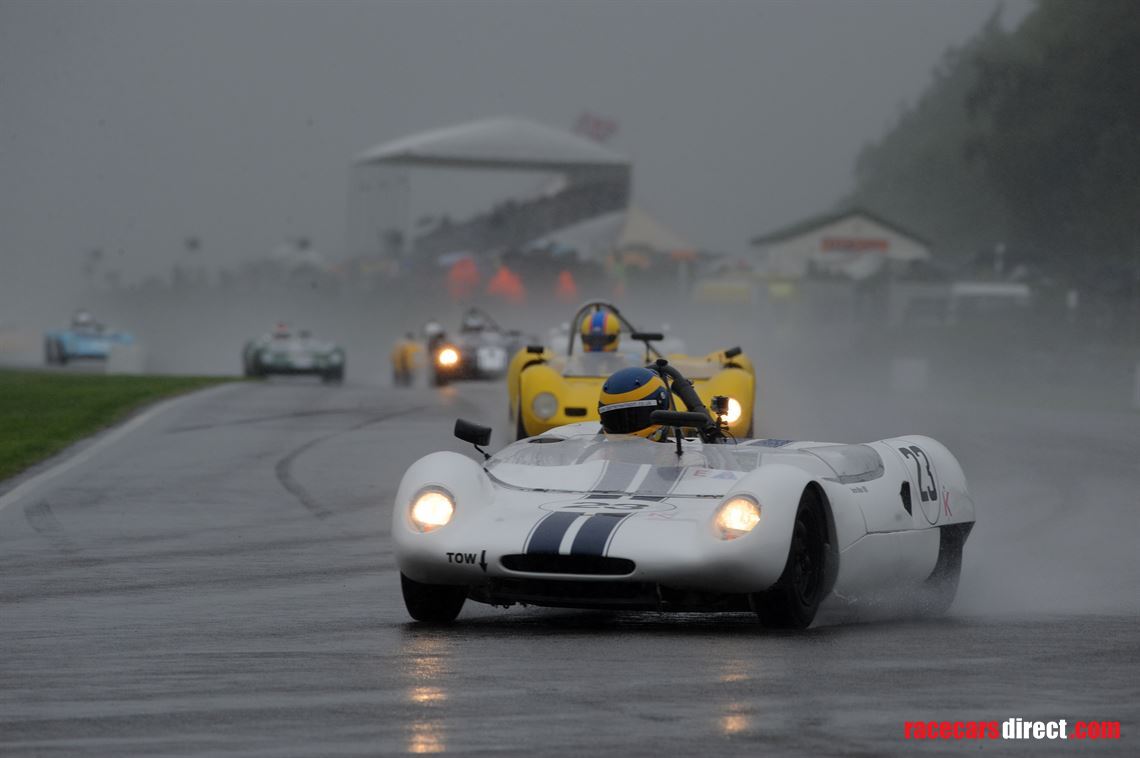 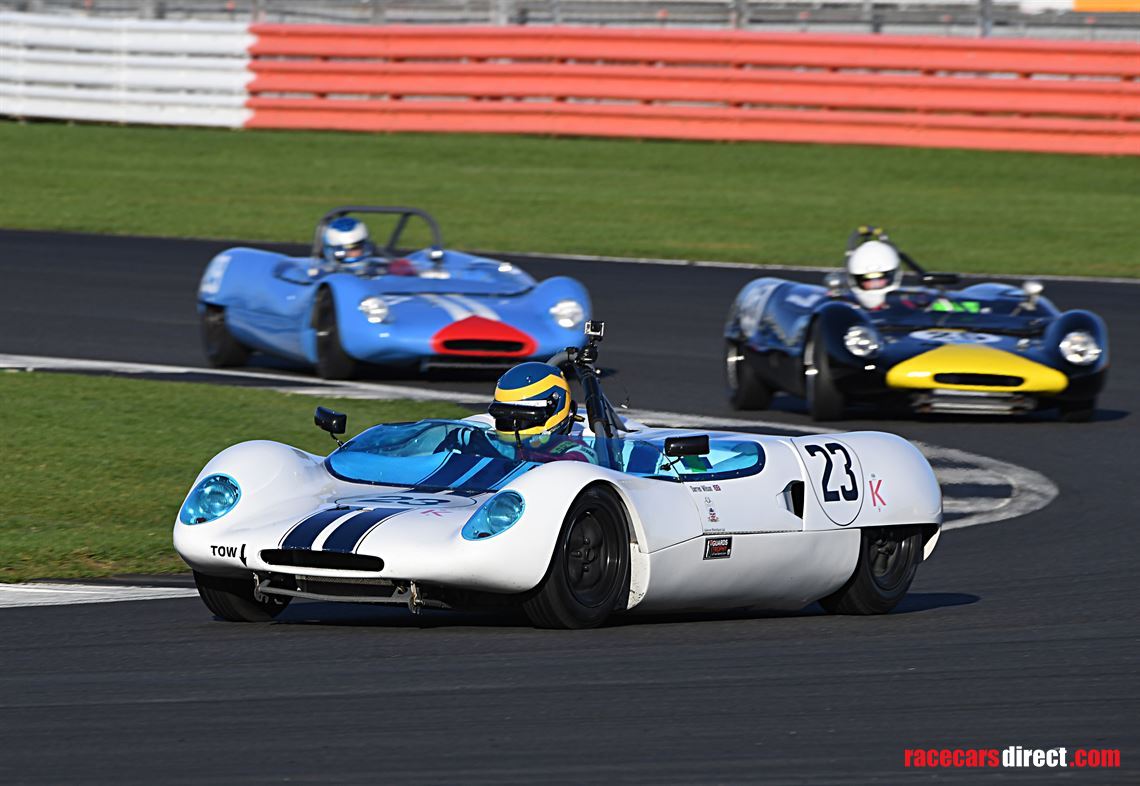 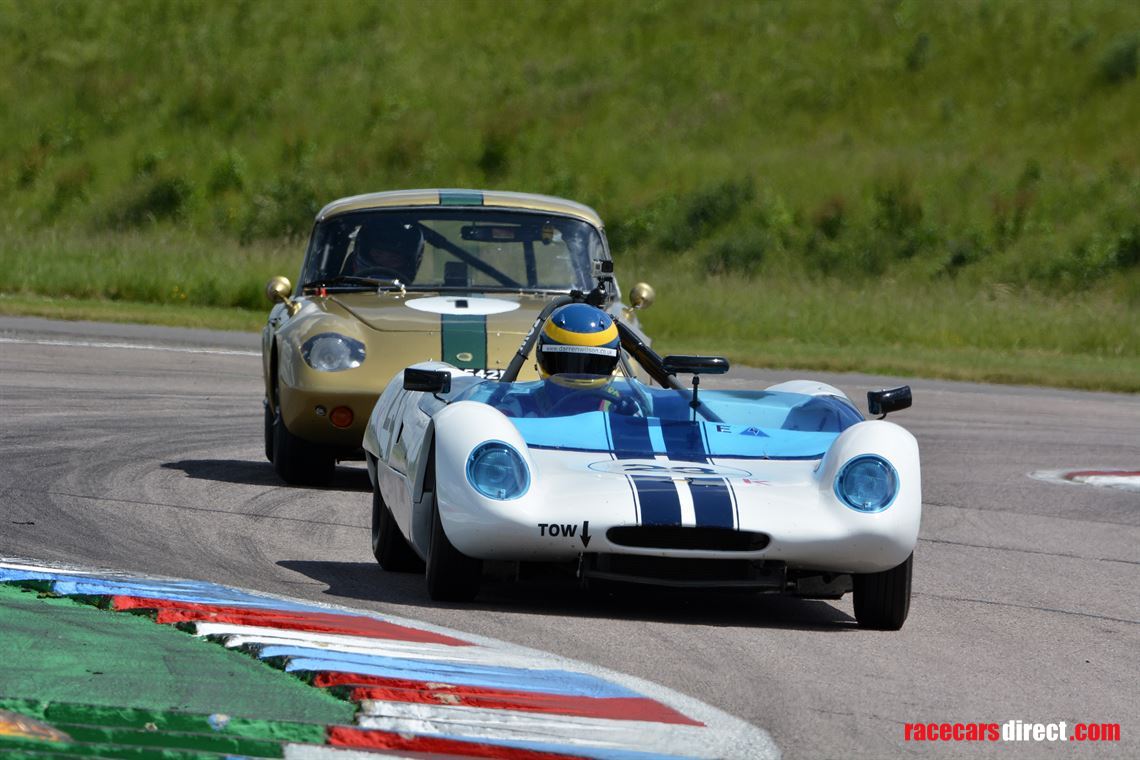 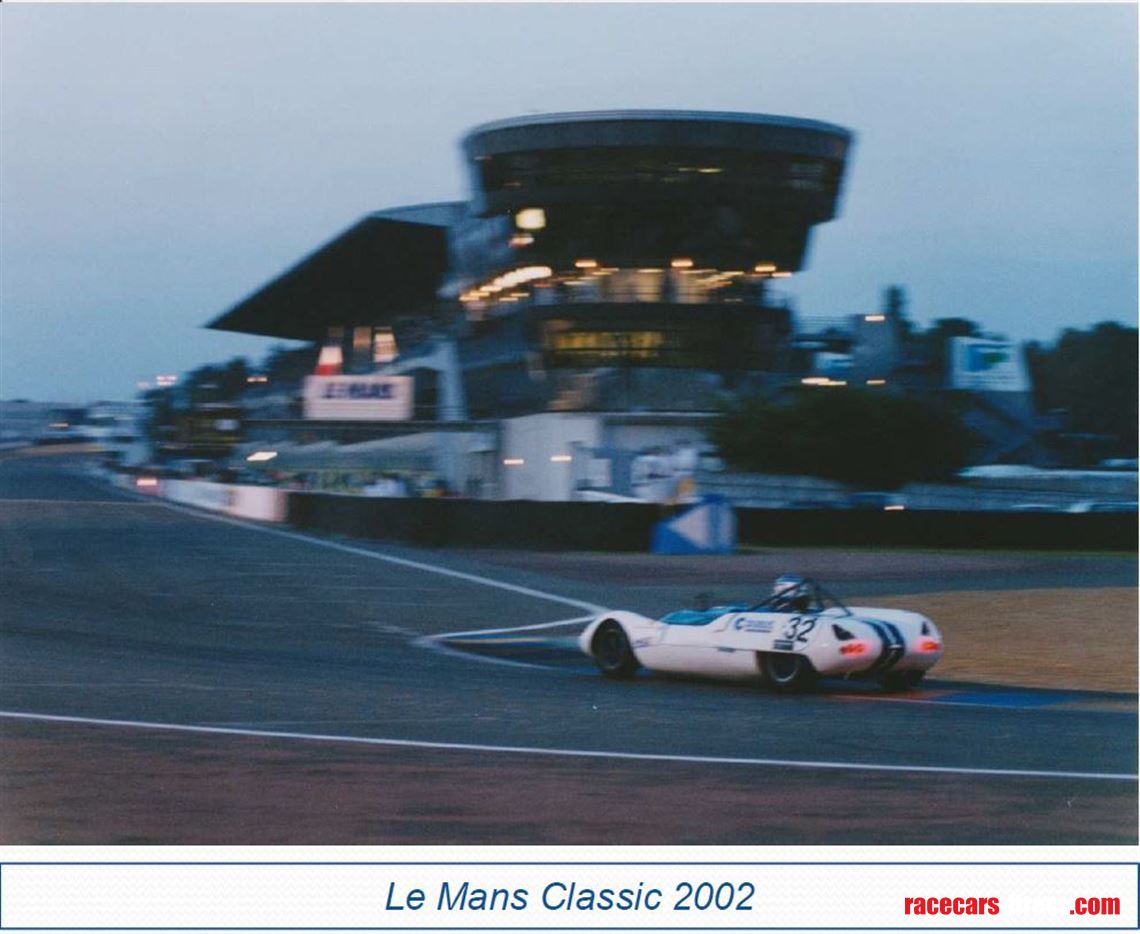 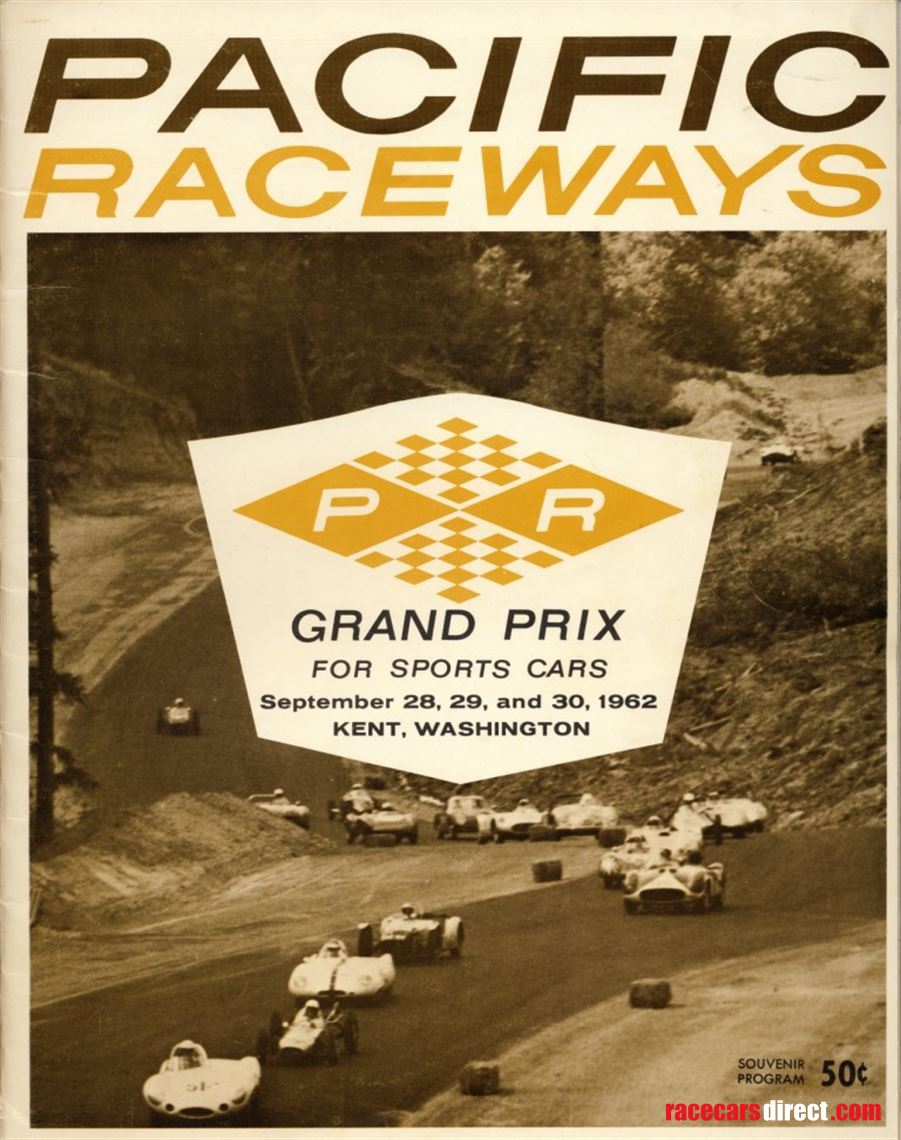 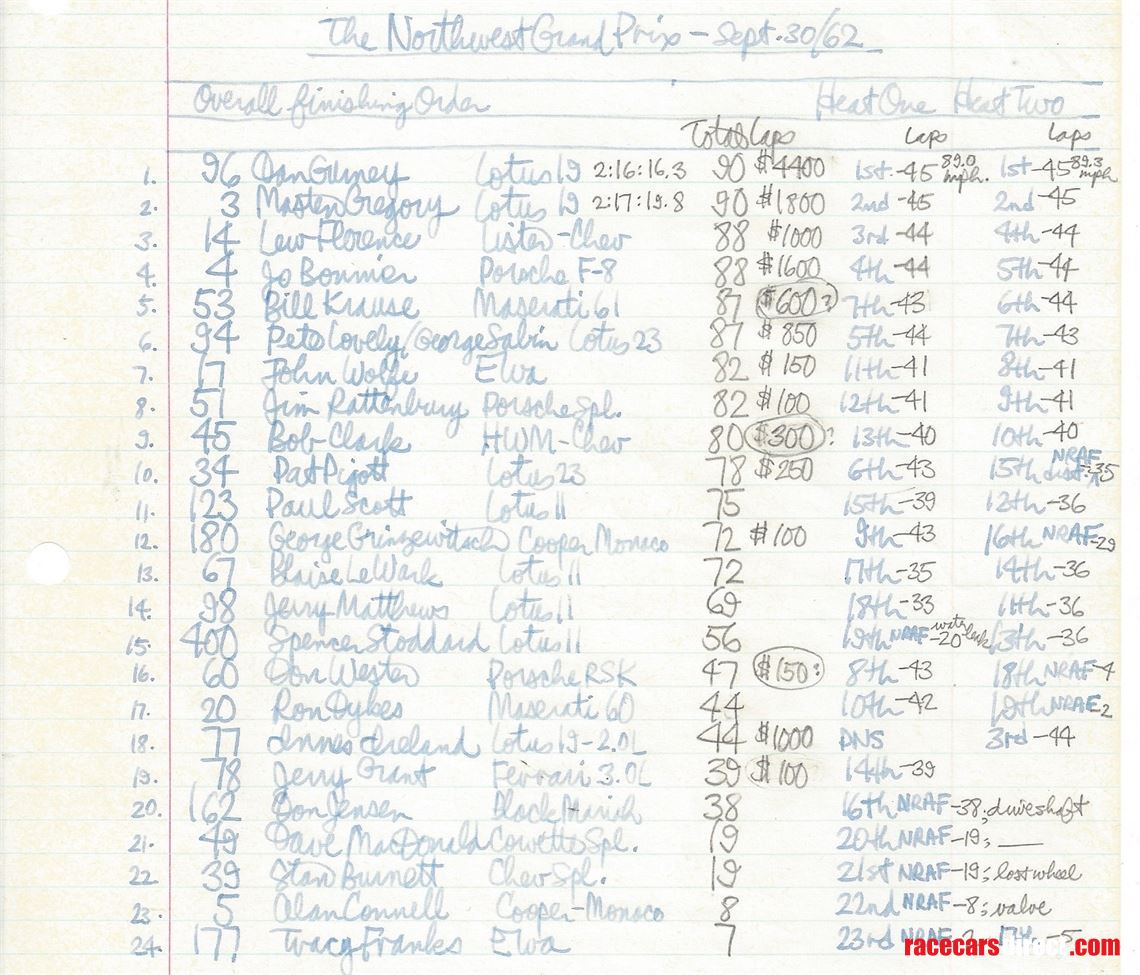 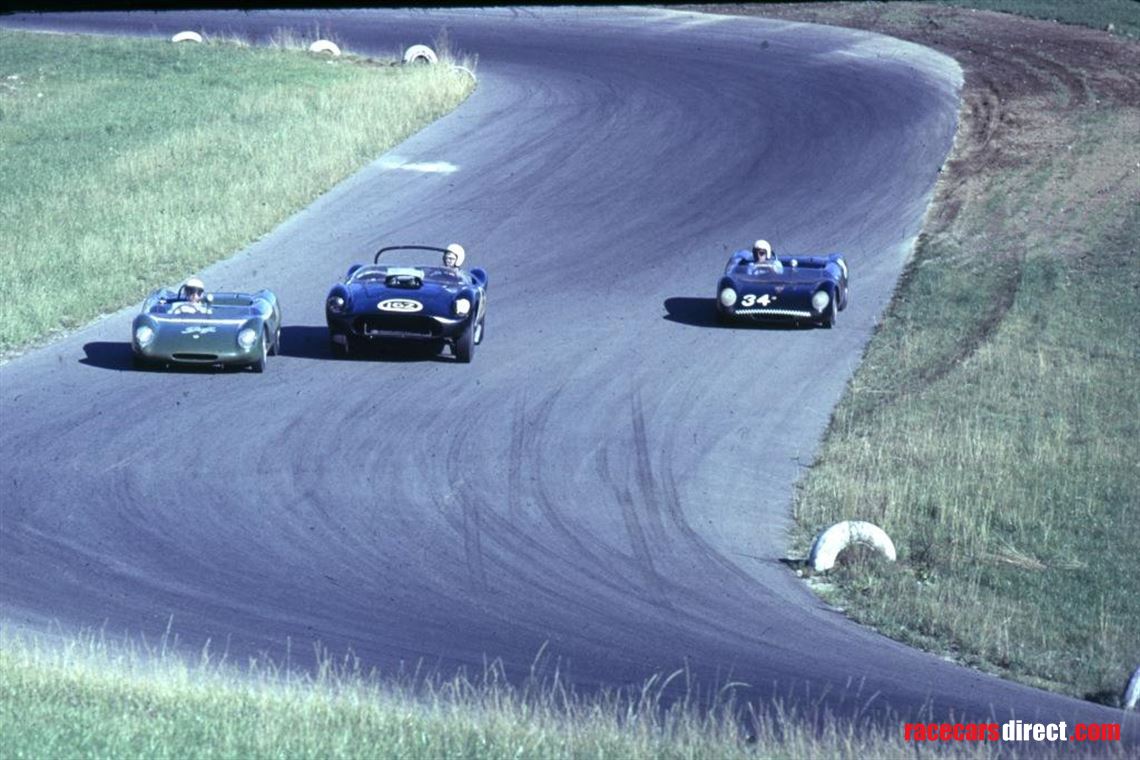 Can be seen in action at the 2020 Goodwood Members Meeting in the Gurney Cup.

This Lotus 23 was originally purchased by George Sabin of USA directly from Lotus. The car was delivered on 30th August 1962 with a 1,475cc engine fitted. It's first race was the North West GP at the Pacific Raceways circuit in Kent, Washington. The car was driven by the well know North American Formula 1 and Lotus racer, Pete Lovely and finished 6th overall and 2nd in class. The cars next race was two weeks later on 14th October 1962 at Riverside for a 200 mile Grand Prix. Pete Lovely finished in 15th place overall,  ahead of Jack Brabham, who finished in 16th place also in a Lotus 23. A week later on 21st October 1962 the car was at Laguna Seca for the Pacific Grand Prix. Jack Brabham was again racing a Lotus 23 at this event. The cars first outright win came on 28th April 1963 at the SCCA regional event at Newport being driven by the owner George Sabin.

The car has been raced extensively in Europe over the past 40 plus years having been bought by Horst Auer (Germany) in the mid 1970s' and then by Andre Bailly (France) in the mid 1980's. The car was then purchased by Patrice Louette (France) at the end of 1997.

Under Andre Bailly's ownership the car won at Zolder in 1988 and went on to become the French VHC champion. Under Patrice Louette's ownership the car took part in most rounds of the V de V French Historic Endurance Championship between 1998 and 2006. It also raced at the inaugural Le Mans Classic event in 2002, despite it famously being disallowed to race in period.

I purchased the car at the end of 2015. The car was returned to correct period specification by well known historic preparers, Gelscoe Motorsport and has been maintained by them since. I have raced the car in the HSCC Guards Trophy championship from 2016 to date. Having won the SRB class championship in 2016 and 2017 and finishing second in 2018. The car also came second overall in the 2017 Guards Trophy championship. The car was invited to race at the Goodwood Revival event in 2016 in the Madgwick Cup.

The car has a current FIA Historical Technical Passport which is valid until the end of 2027.

A full winter refresh has been performed on the Lotus by Gelscoe Motorsport. This has included an engine and gearbox refresh. Everything has been checked on the car and it has had a rolling road session. It is ready to race in the 2020 season.

The car is available for viewing by appointment in Nottinghamshire.

Modified in period Lotus 23B

This S2 has a long+successful racing career with the HSCC. Fast+on the button.

Class winner of the 1977 London to Sydney Rally. Piece of motoring history.