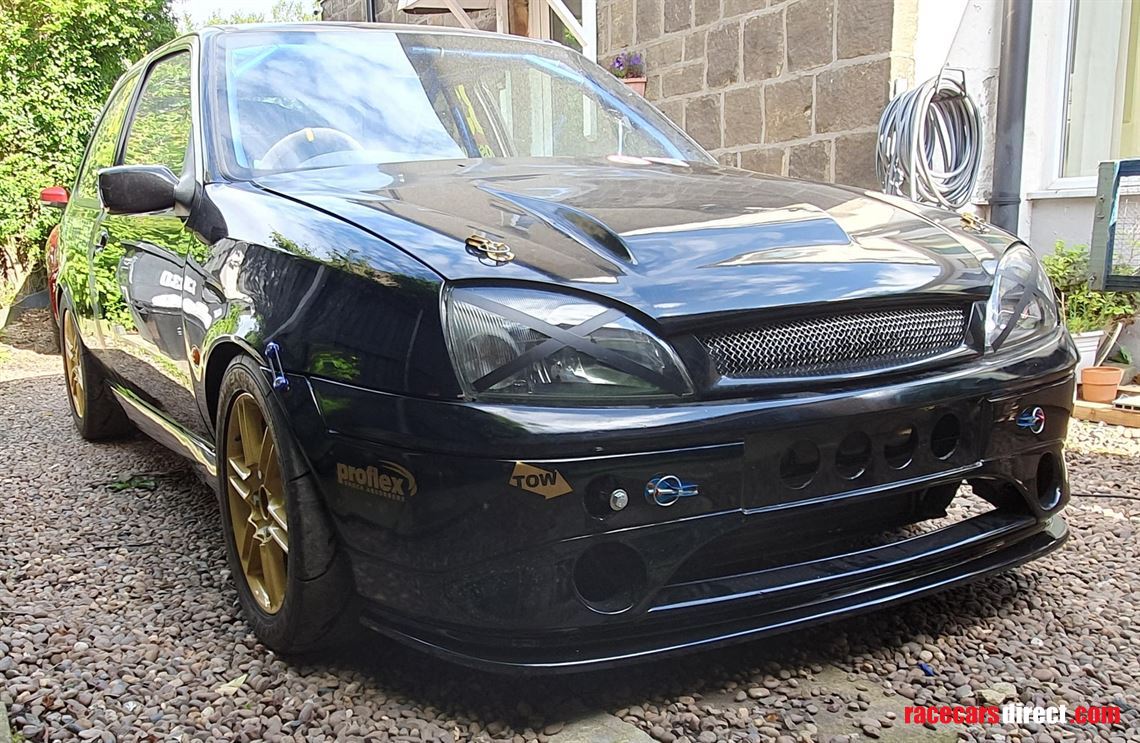 The History (to the best of my knowledge):

The car started life in 1998 as a Ford Motorsport factory built fiesta class b championship car.

In its early life it was used as guest car for Ford Motorsport themselves and has been used by many celebrities, one of which I am led to believe was Vicki Butler Henderson!

Later on in its life It was used as a more serious machine and pushed through its paces winning  many races and several championships.

More recently the car was used in the fiesta championship by a low budget private owner who then sold the car on to a business in Scotland who specialise in classic cars and old school Fords.

This is the point at which I step in.
I collected the car in September 2015 with every intention of using it back in the fiesta championship however after collection I soon realised that the car would take some serious updating to be allowed to run back in the series.

After some careful consideration both myself and my father decided that we would not only update but would upgrade the car in several ways with an intention of running it in the Time Attack Championship.

Unfortunately although we have spent many many hours upgrading, restoring, tuning and setting up the car we sadly do not have the time to drive it and so the hard decision to sell the car has been made.

The not so good bit:

Bodywork; as you might expect from a 21 year old race car that rolled from the factory to the track, the car does have some dents and signs of red mist nudges however the car is fully aligned and has a straight chassis.
The paint though it may look well in the photos could ideally do with being repainted as it is on its 3rd colour scheme now which unfortunately wasn’t prepped properly before being painted and has flaked and been repainted in some places.

No doubt I will have missed something so please don’t hesitate to get in touch if you have any questions.

One of the most popular championships on the BRSCC roster for various generations of Ford Fiestas.