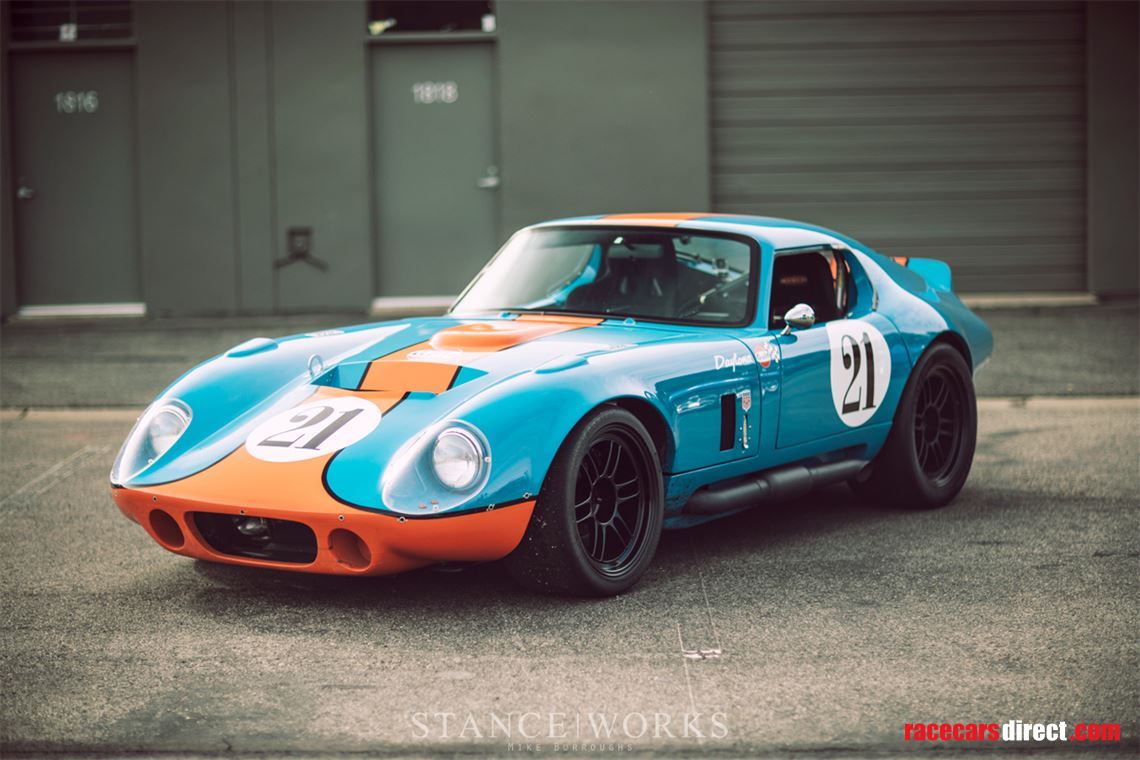 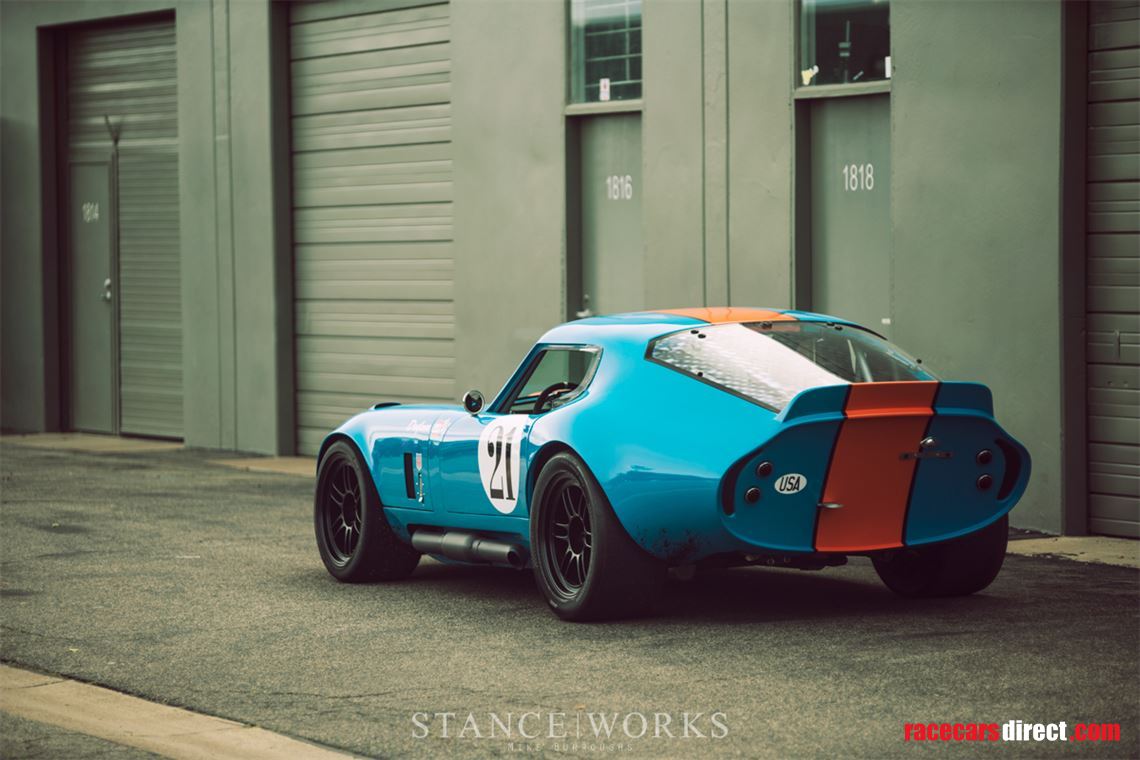 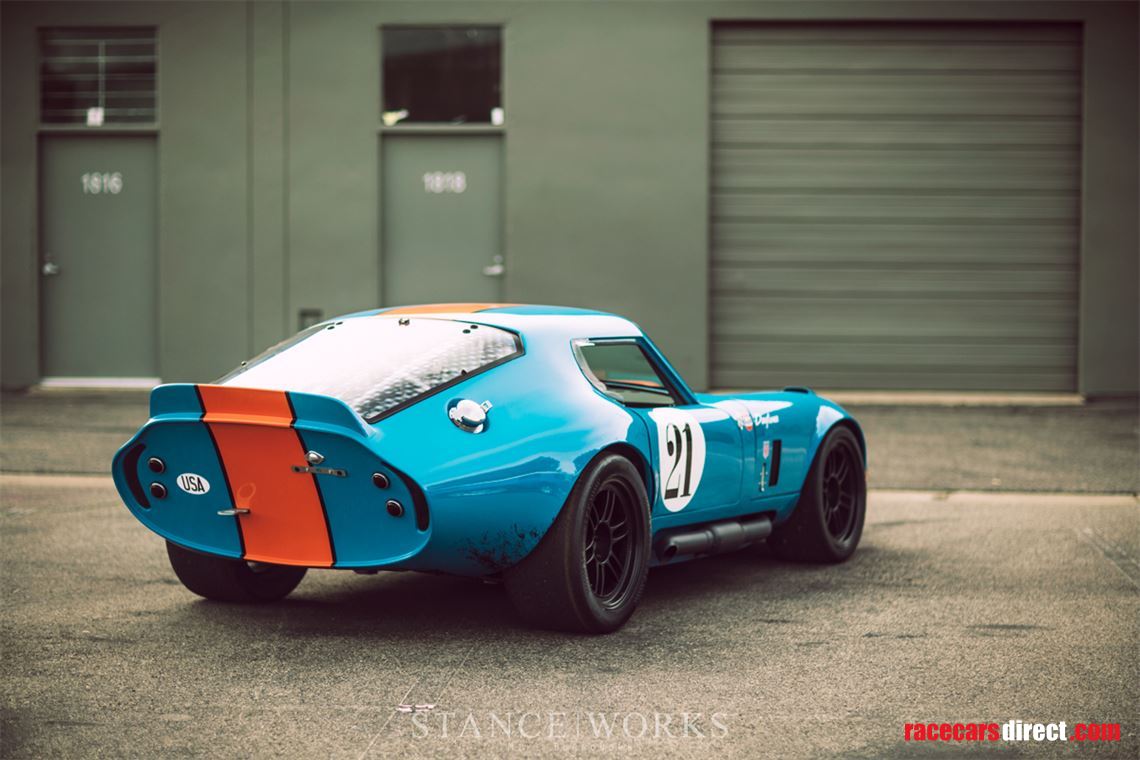 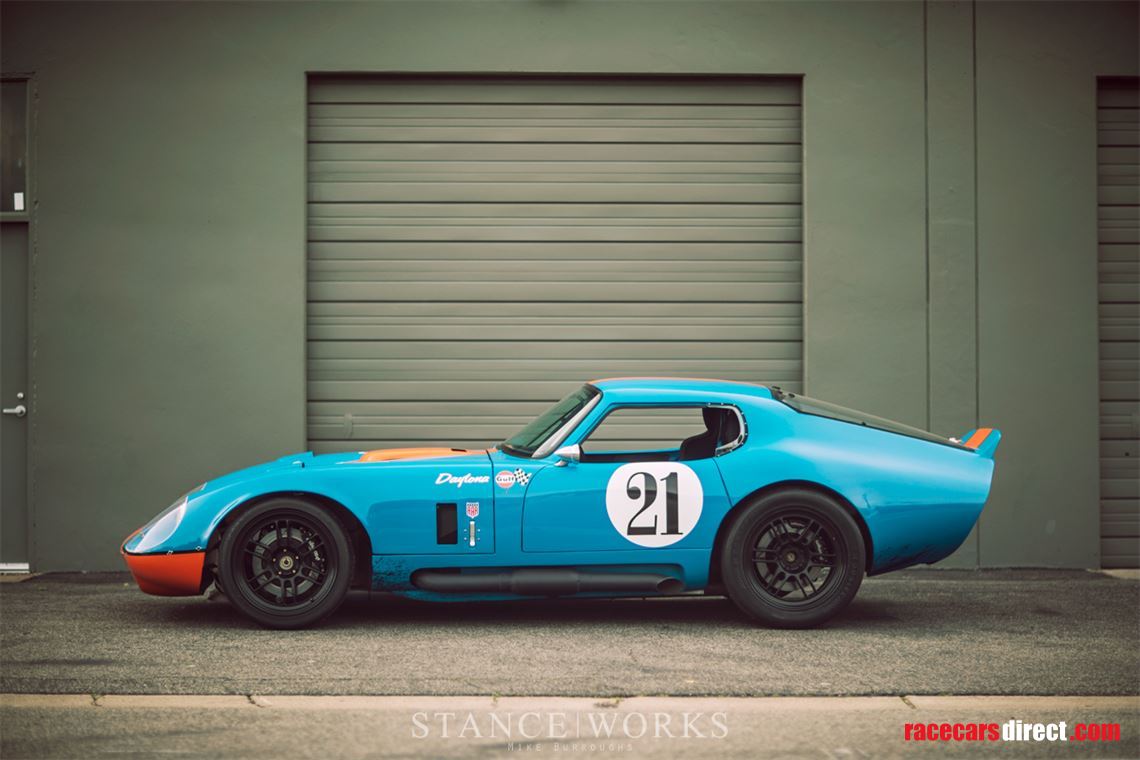 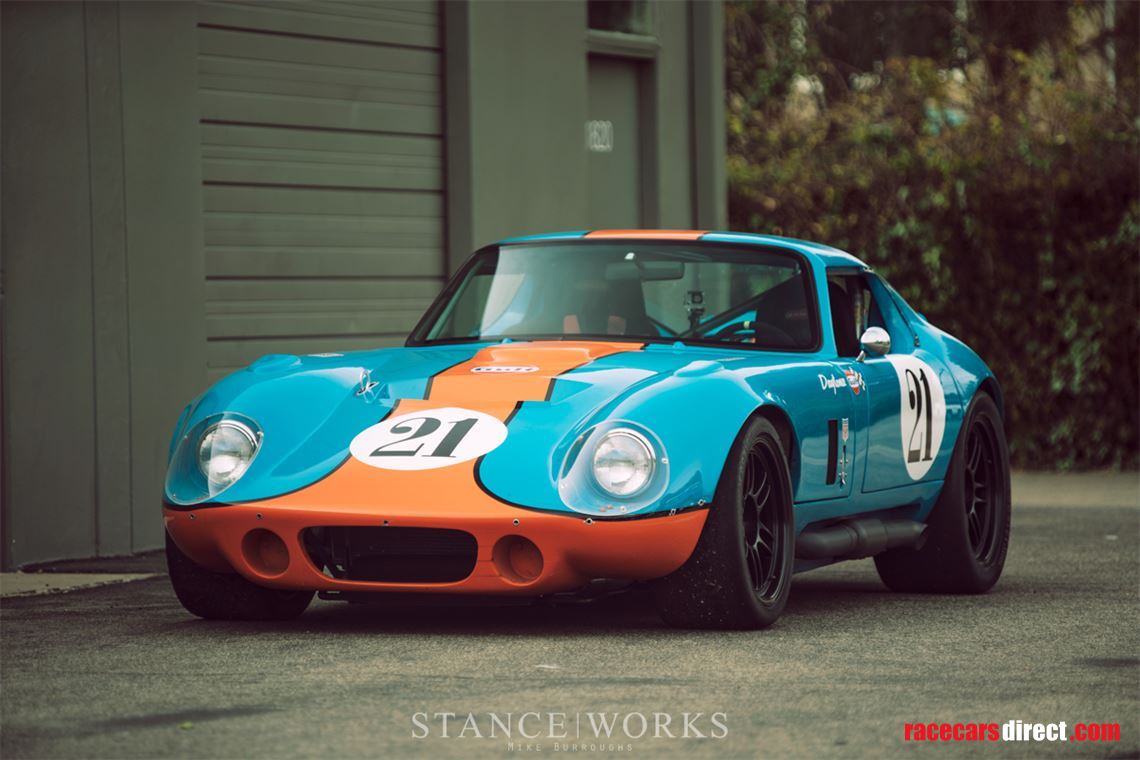 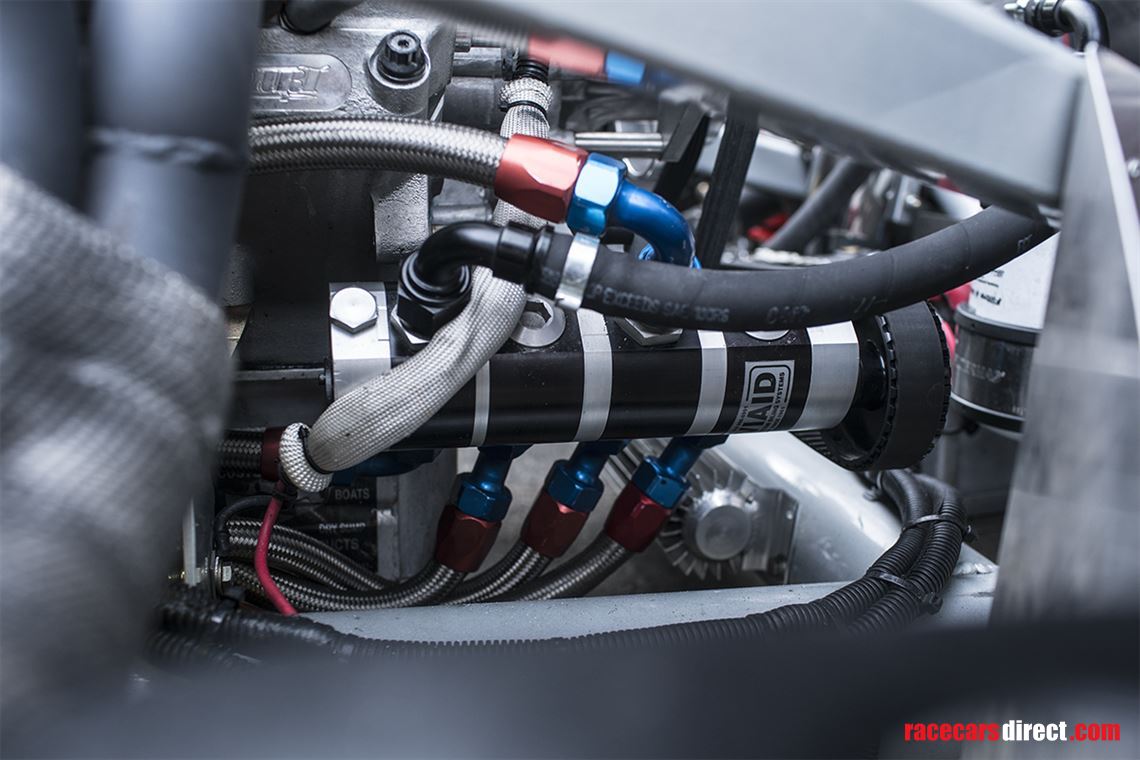 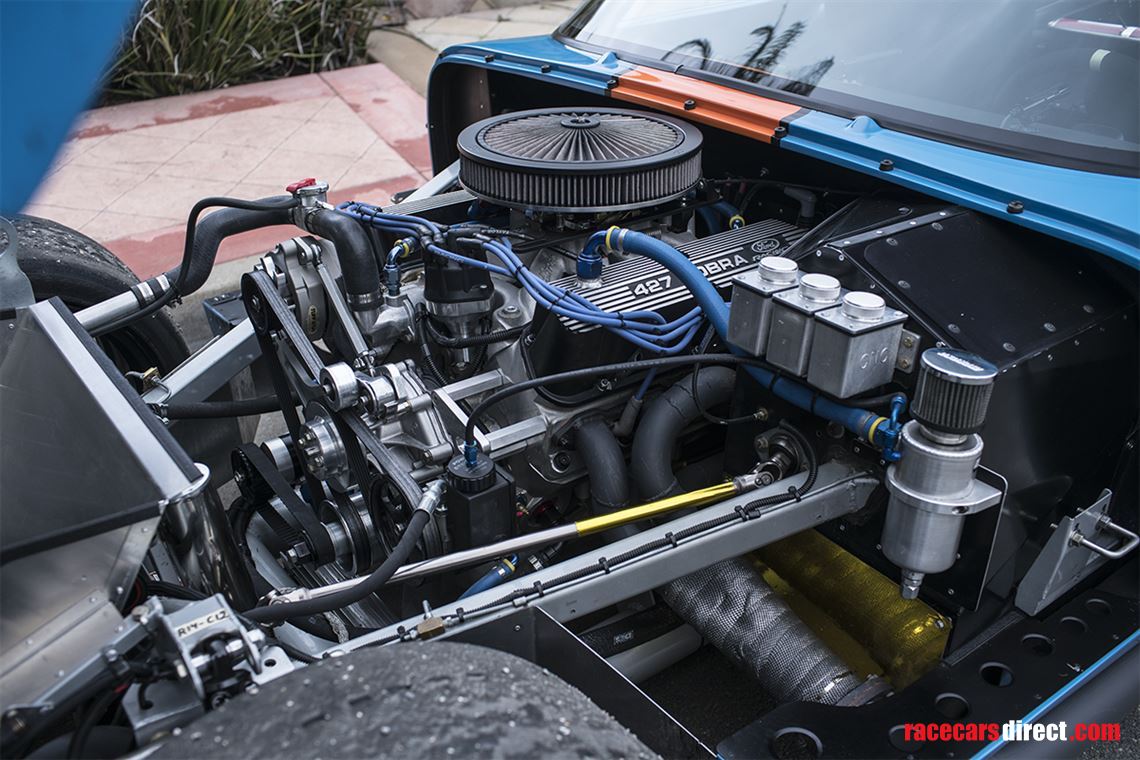 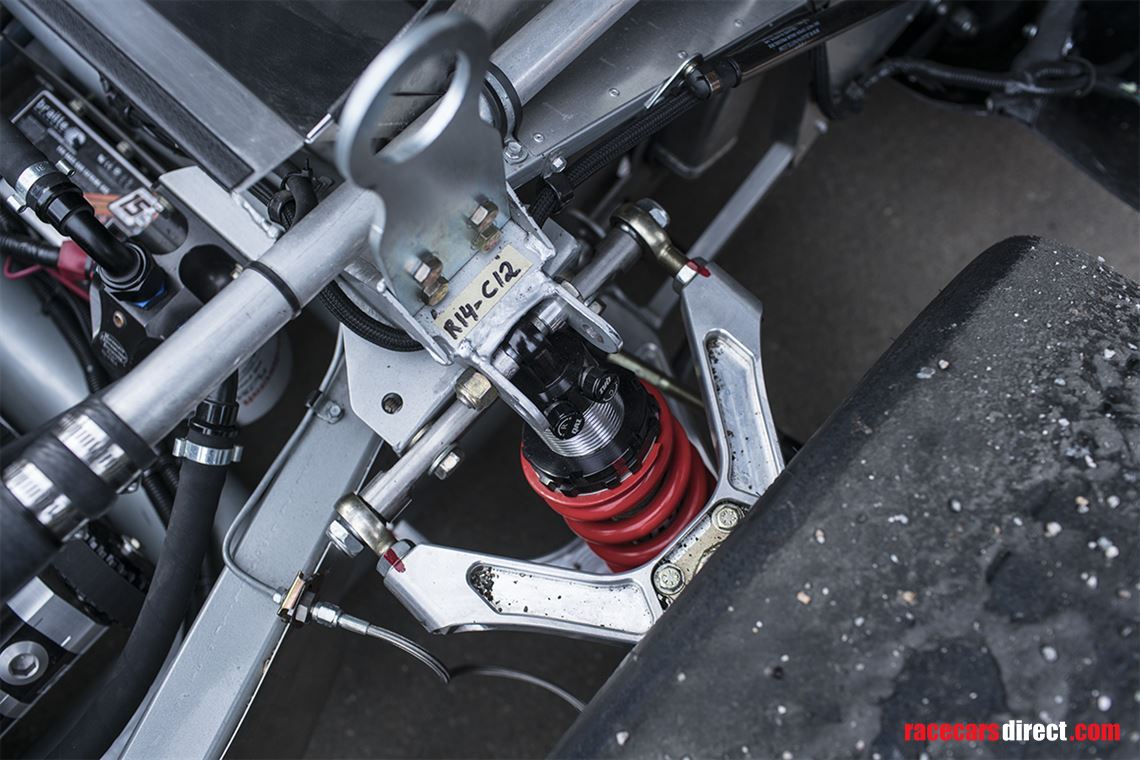 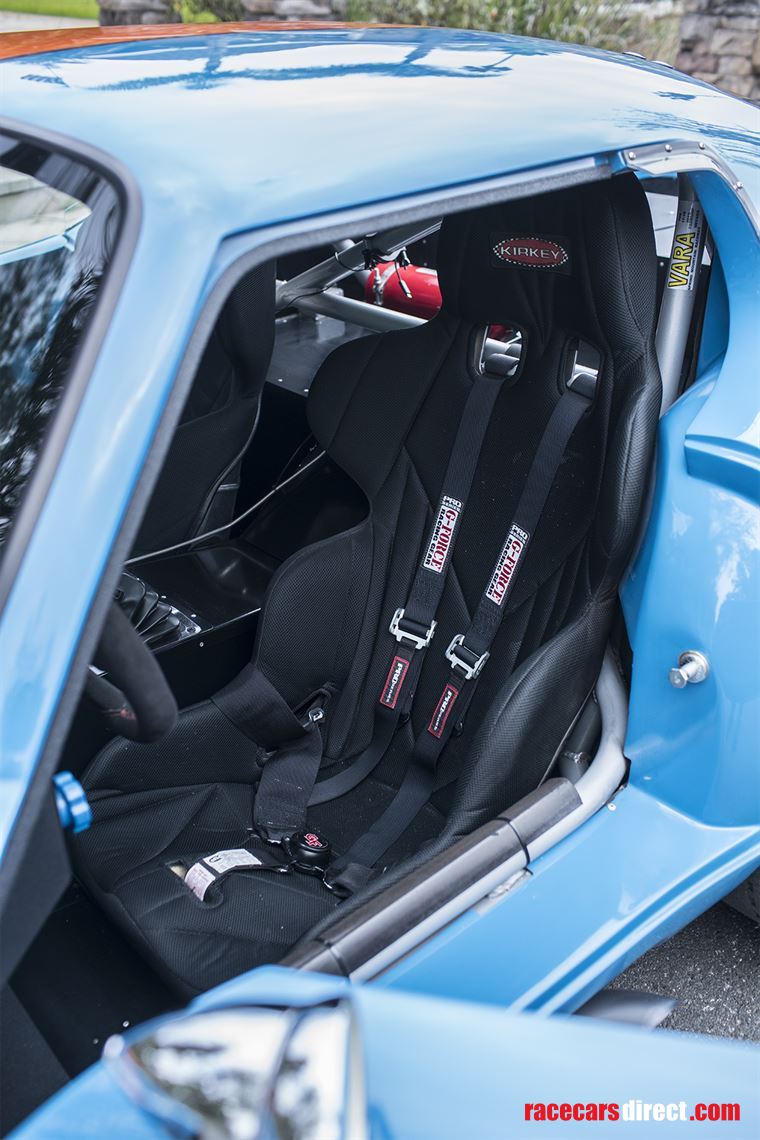 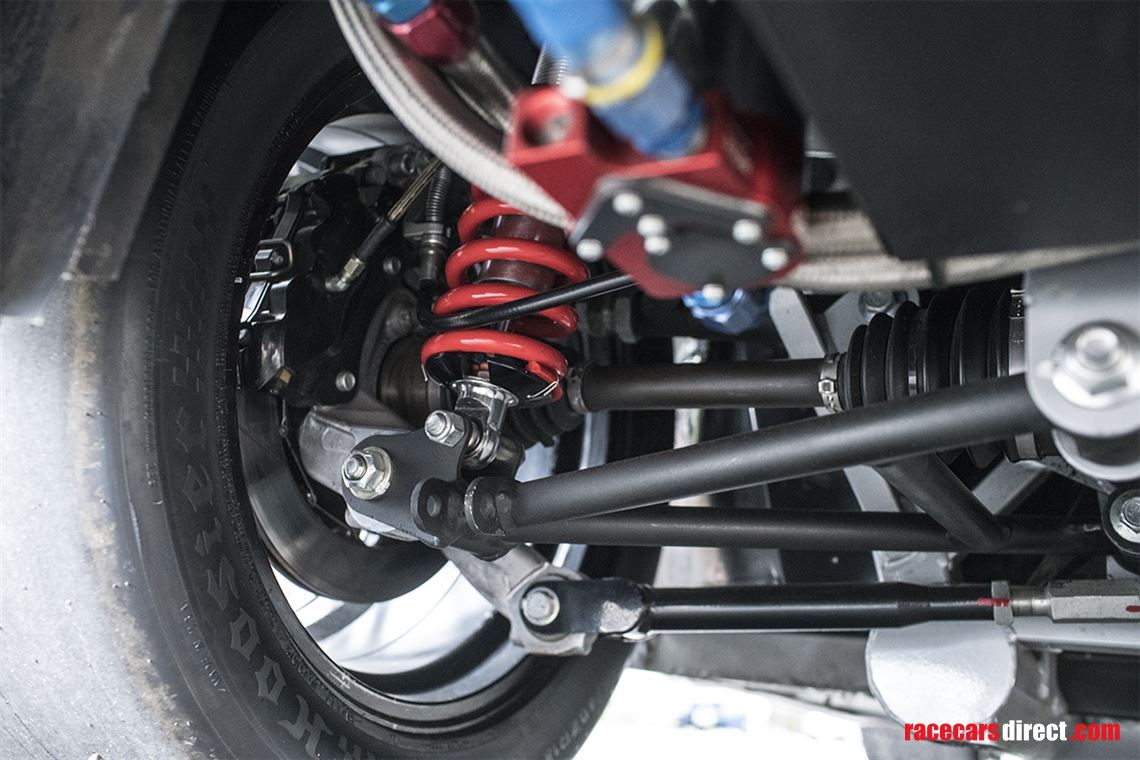 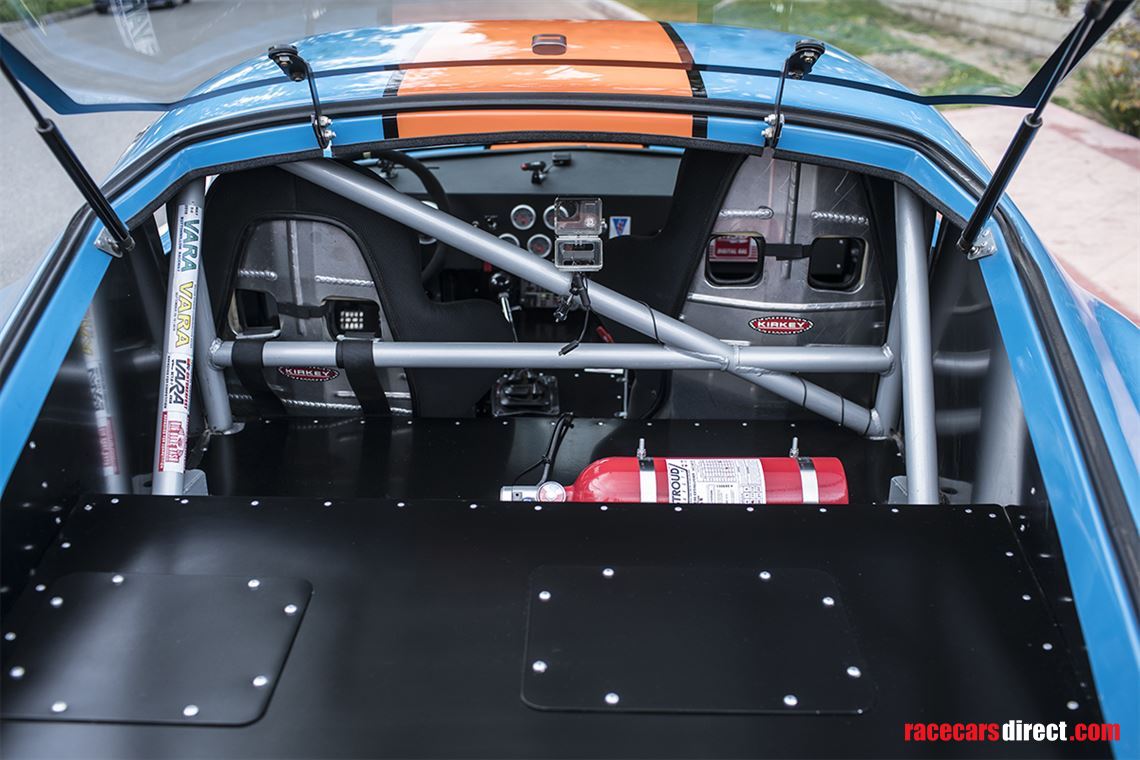 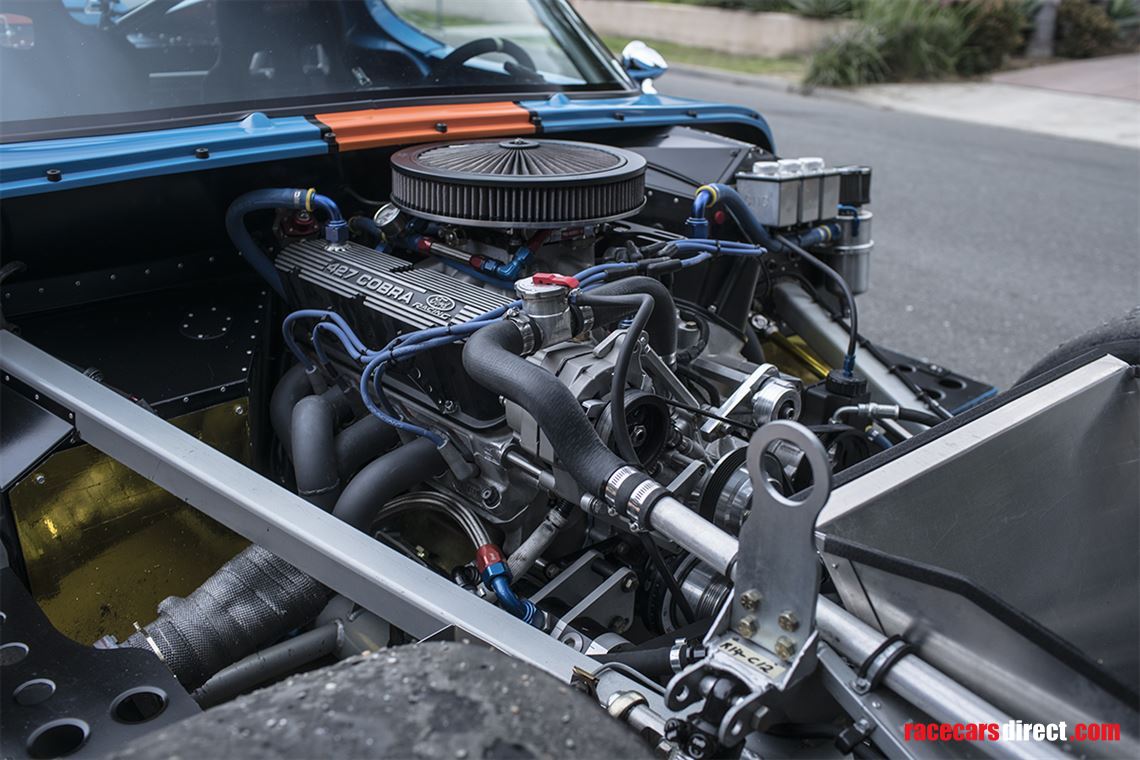 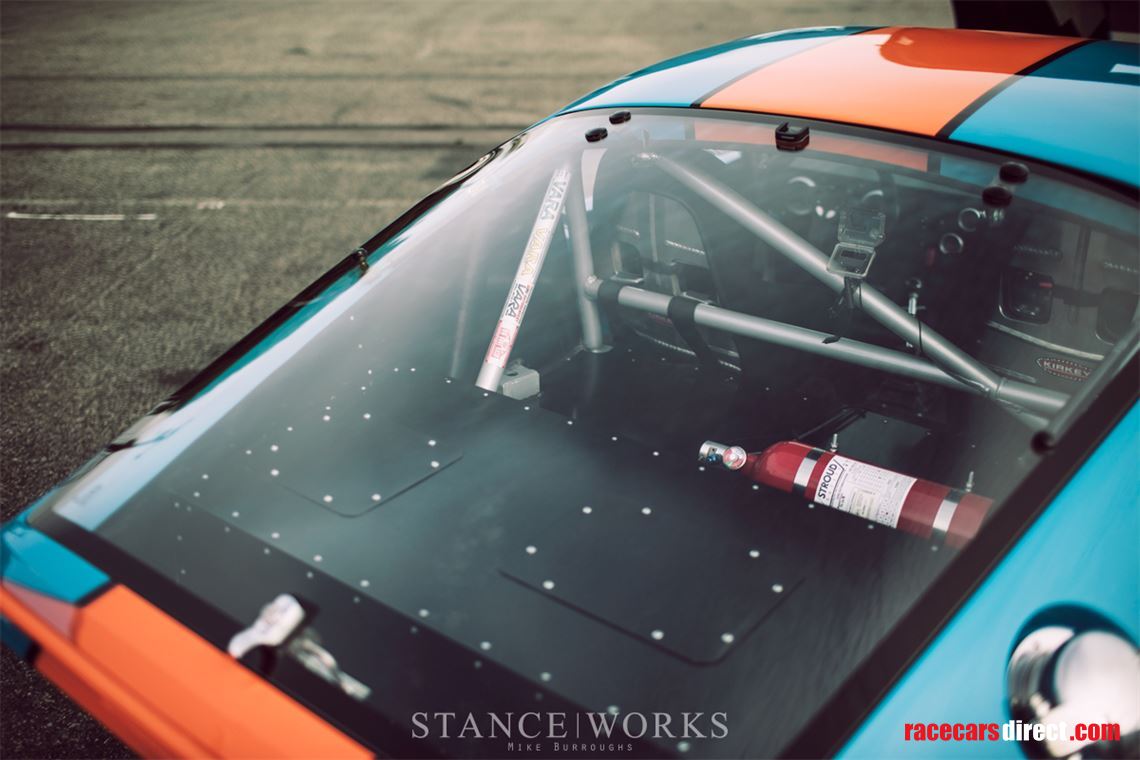 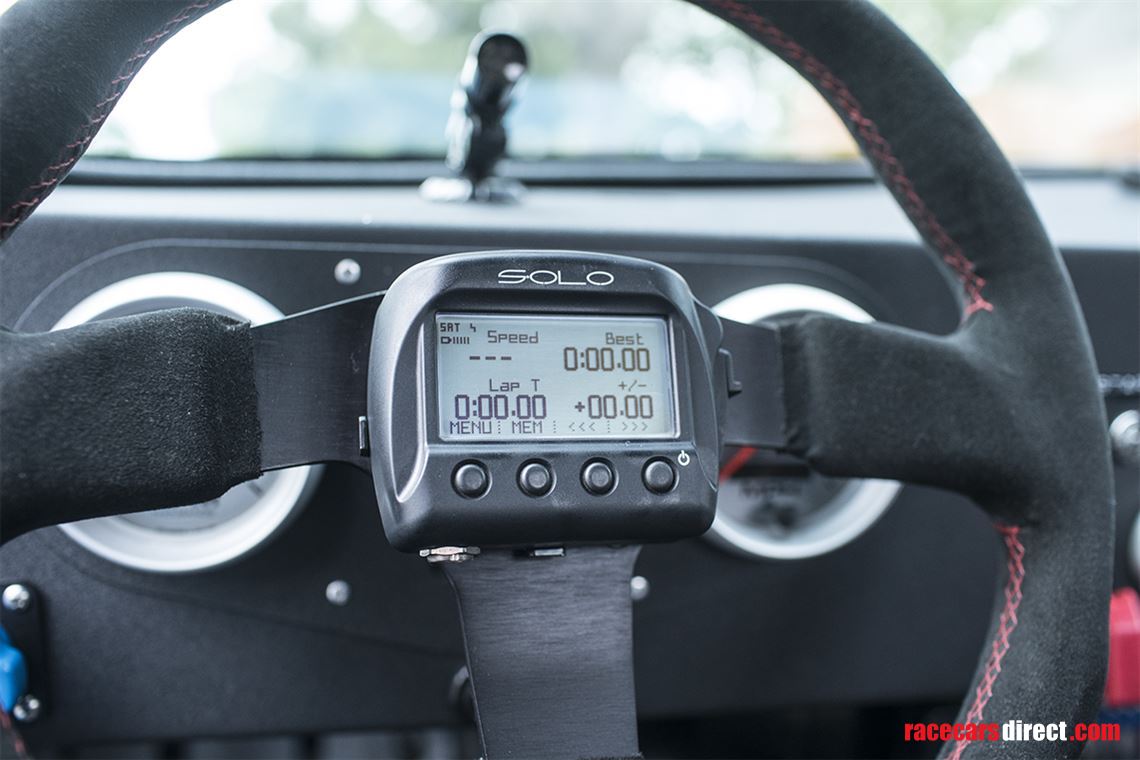 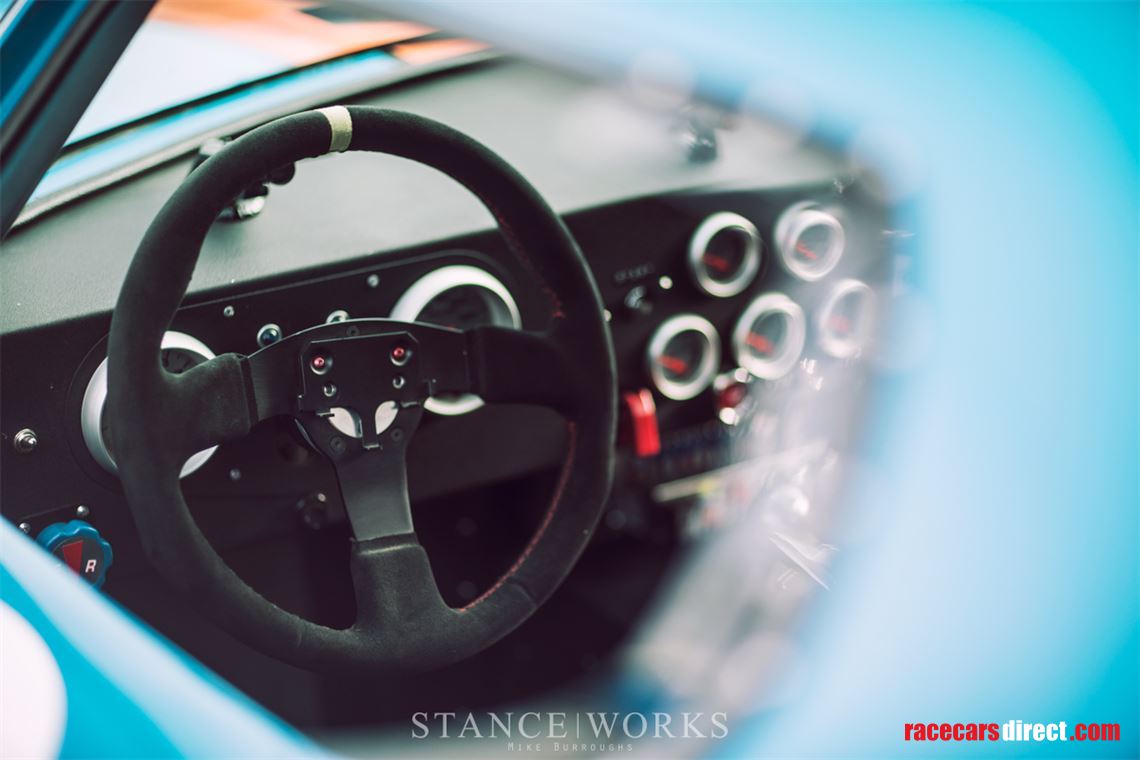 This 1965 Shelby Daytona Coupe replica that was purchased new as a kit and built in 2017 by Levy Racing of Maricopa, Arizona for over $120k. Power is from a 403cui V8 paired with a G-Force 4-speed manual transmission and a Ford Racing IRS rear end. The car is finished in blue and orange over a black interior and is equipped with a roll cage, Kirkey racing seats, a fire-suppression system, Wilwood 6-piston brakes, QA1 adjustable shocks, Eibach springs, and more. This Daytona Coupe replica has been used in VARA racing events since completion and is now offered with a manufacturer’s certificate of origin, build records, spare wheels and exhaust, a VARA logbook, and a California bill of sale.

The interior features a full roll cage and Kirkey racing seats with G-Force Racing harnesses, and the seats have been installed to accommodate drivers up to 6’4″. Other equipment includes a fire-suppression system and Wilwood pedals.

The 403cui V8 was built by Pick’s Racing Engines of Santa Ana, California in 2018 and is said to feature an aluminum block, aluminum cylinder heads, a dry-sump lubrication system, Jones Racing HTD pulleys, billet reservoirs, a SPAL fan, a heat exchanger, MSD 6AL digital ignition, and a Fuel Safe fuel cell, as well as custom racing headers, collectors, and exhaust. The results of a September 2018 dyno test are available in the gallery and show 684 horsepower at 7,200 rpm, which is sent to the rear wheels via a G-Force 4-speed manual transmission equipped with a magnesium case and a Quarter Master triple-disc clutch. A Ford Racing 2015 IRS differential and chromoly driveshaft are also equipped.

A VARA logbook is included in the sale, and the car passed an annual VARA tech inspection in October 2018. The following race history :

The Cobra Daytona Coupé project actually began in the autumn of 1963, when Carroll Shelby asked his director of Special Projects, Peter Brock, if he could design a coupé body for the Cobra. Shelby was looking for more top speed to battle the Ferraris on European tracks. Brock, then aged 22, was fresh from General Motors where he worked on the original Corvette Sting Ray. He initially just called it the Cobra Coupé, but internally it soon became the Daytona as this was the first race where the car would be entered. Peter Brock created an instant classic, with aerodynamic lines which still look great today. With the Daytona, Shelby became the first American constructor winning a title on the international racing scene at the FIA World Sportscar Championship in 1965. Only 6 examples were made, and these are now - unsurprisingly - the most famous Cobras of all.

I can assist with shipping the Daytona world wide, 1200 Euro to Bremerhaven or Rotterdam for other destinations please inquire

For sale is this Aquila CR1. This car has been freshly rebuild with new engine + updates.